Larissa Sansour’s In Vitro (2019) – a 28-minute science-fiction film, co-written and co-directed by Søren Lind – takes place in a cavernous concrete bunker deep beneath the old city of Bethlehem, 30 years after a devastating ecological disaster. There, two women scientists are conversing: the older one, Dunia (Hiam Abbass), lies on her deathbed. The younger one, Alia (Maisa Abd Elhadi), stands at the foot of Dunia’s bed, draped in retro-futurist black clothes. Beyond the frame, an orchard of native Palestinian plants grows within the safety of the bunker, cultivated from heirloom seeds preserved before the catastrophe.

Alia grips the bedframe as she speaks to her elder: ‘The only past I know is here. Everything else is just fairy tales.’ The camera zooms in to show the two women facing each other in profile across the film’s split screen. Dunia sits up, leans forward and responds: ‘Entire nations are built on fairy tales. Facts alone are too sterile for a cohesive understanding.’ But Alia is not backing down. The camera shifts again to show the women side-by-side in the split screen, looking out towards the viewer. We watch Dunia listen as Alia retorts: ‘I don’t care about your nations, their stories, their rituals, their repetition of imagery […] memory channeled by a handful of tropes […]  this history reduced to symbols and iconography, a liturgy chronicling our losses.’

Dunia and Alia’s generational disagreement over the significance of cultural heritage and memory in the aftermath of collective trauma is at the heart of Sansour’s film. Debuted at the 2019 Venice Biennale, as a commission for the Danish Pavilion, In Vitro is now screening on the High Line, at 14th Street in New York, as part of its video programme, ‘Channel’. Born in East Jerusalem and based in London, Sansour has long used science fiction in her video works to probe questions of nationalism, memory and identity. Her fascination with inherited trauma – and, specifically, with epigenetic inheritance – informs In Vitro’s sci-fi plot. Alia is a clone of Dunia’s deceased daughter and, while she never knew the world before the eco-disaster, she was genetically engineered to contain the memories of her ancestors.

The black and white film uses its two-channel split screen to effectively toggle between the two women, between past and present, and between Alia’s lived experience and the inherited memories that flood her thoughts. Scenes in the underground bunker are cut through with flashbacks to life before the catastrophe and older archival footage of Bethlehem. In shots of the eco-disaster itself, we see a thick rush of viscous black liquid coursing through the city’s narrow streets – an image that evokes classic post-apocalyptic tropes while also calling to mind specific environmental catastrophes, such as the 1991 Gulf War oil spill. These scenes play out as Alia and Dunia continue their conversation, creating a fluid movement between timeframes and individual and collective memory.

For Sansour, this sense of suspension between past and future is fundamental to Palestinian experience in the wake of the 1948 Nakba (catastrophe), when Israeli forces expelled 750,000 Palestinians from their homes and destroyed more than 500 villages. In Vitro’s sci-fi plot heightens this sense of temporal limbo, allowing Sansour momentarily to quiet the histrionics and hate-mongering spurred by recent political debates to ask essential questions about diasporic identities and futures in both a Palestinian and a global context. How do past traumas shape our sense of self? What do we do with memories of a place that no longer exists? How do we define a national identity? What other modes of belonging might we create in the face of colonial and climate catastrophe?

Another example of Sansour’s speculative futurism is the film’s fascination with the preservation of native plants. Mixing shots of the underground heirloom orchard with flashbacks of Dunia and her daughter harvesting olives outside of Bethlehem – a landscape that has currently been made inaccessible to Palestinians because of Israeli settlements – In Vitro underscores the importance of land and indigenous agriculture as an enduring element of cultural heritage.

By eschewing the specifics of current politics in favour of illustrative sci-fi details, Sansour risks depoliticizing or isolating her characters beyond recognition. Yet, in her hands, science fiction instead becomes a tool for disrupting our expectations of political art and reframing our perception of present realities so that we might better imagine new futures that counter violent nationalism, ethnic cleansing and climate change.

Larissa Sansour’s In Vitro is on view on  the High Line, New York, until 20 October.

Eliza Woods Harrison is a writer, artist, and teacher living in New York. 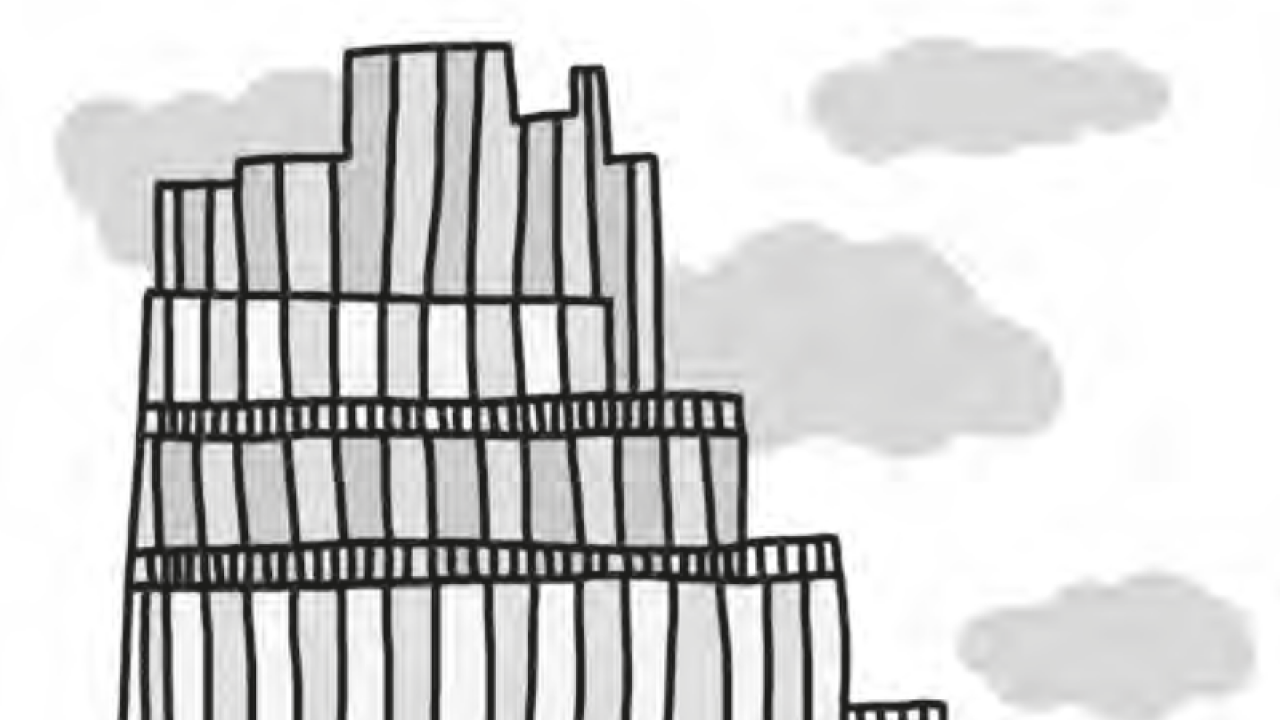 The sunshine beckons to this much-loved landmark, but it’s not just the High Line itself that’s worthy of a visit 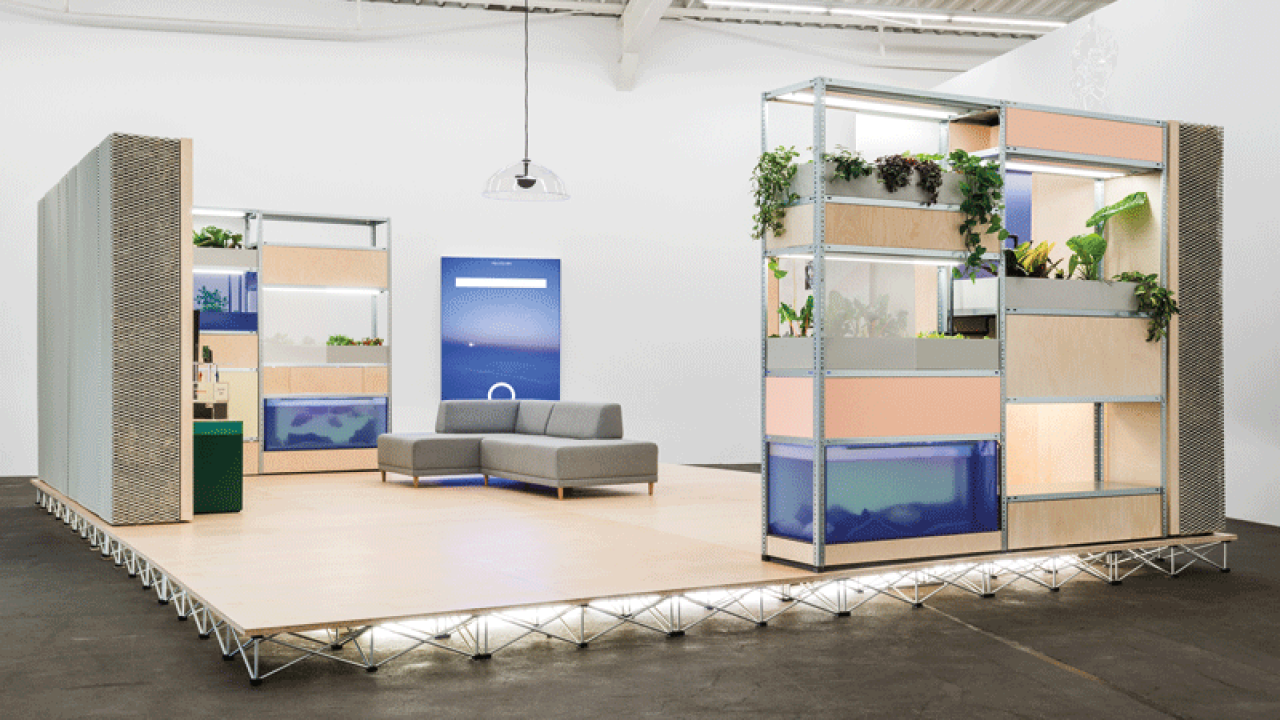 How the artists GCC, Lawrence Lek, The Propeller Group, Larissa Sansour and Christopher Kulendran Thomas are visualizing a world in which borders no longer define who we are