At 33 Laura Owens is the youngest person to have been given a survey show at MoCA's, and it's supremely deserved. Since graduating from Cal Arts nine years ago she has proved herself a near-genius at mixing representational elements and abstraction, producing paintings so exuberant and inspired they take your critical breath away - an unusual feeling after exiting a morgue, I mean museum.

In any other city besides Los Angeles this show would be welcomed with grateful eyeballs, but since Owens lives and works locally and was educated at the lil' art school by the freeway this early career show has to duke it out with the villagers. Even though her exhibitions have been met with rousing acceptance in New York and Europe, LA, which keeps a suspicious eye on its own, is still wary. Owens has been slaughtered in the local papers for being the creation of writers and teachers fond of her work, and for not painting by the golden rule. The clerics of canvas have also levelled those criticisms at painters such as Chris Ofili and Peter Doig, two peers oozing with talent. The moribund issue of bad painting circles around its conservative self, begging for what? A realistically rendered snout, a perfectly foreshortened torso? Last time I checked we were in great need of a fresh handling of paint, which is exactly why Owens is of great interest now. Her paintings are inventive, arresting, unpredictable.

With Owens' preponderance of critters her show resembles a petting zoo, an ambiguous jungle book with bears, bats and bespectacled monkeys, as well as painterly experiments in animal hybrids. In one small painting (Untitled, 2002-3) a thorny tree branch floats diagonally across the picture, with lush flora and fauna extruding from every possible direction. Two cryptic animals reside on that branch: one furry, butterscotchy fellow of uncertain genus inspects a bulbous blossom; behind him, on another branch made of paint applied like triple-layer frosting, a blue creature of bleeding colour stands in profile holding a tiny red flower.

Like the gore inside a filled chocolate, Owens' buttery marks trigger viewer salivation. She does miraculous things with big impasto swathes of colour, painting on top of the paint like she's decorating pastry, polka dots sprinkled over icing piled on top of custard. Great mounds of confection appear next to barren areas of raw canvas. The contrast is severe - the better to appreciate paint in excess, as physical presence. Owens' countless references are reverential, playful, confident. In Untitled (1998) she's looking over the shoulder of Joan Miró, but really it's just a gargantuan doodle. At other times she's affectionately reconsidering Henri Rousseau's horse and rider or Helen Frankenthaler's washy world, which reminds me of how W. G. Sebald in his novel The Emigrants (1996) had a Nabokov-like figure scampering through an Ithaca hillside catching butterflies; though Lewis Carroll is probably the writer most closely akin to Owens.

Untitled (1997) is an enormous comic mind-fuck of a landscape featuring three horizontal blue stripes (ocean) and a huge expanse of washed-out white-blue horizon. Two blobs of paint, generalized V-shapes indicating birds in flight, hover above the water. Both have their shadows airbrushed below them. A dark blue dot and its shadow float to the right. The dot is just a dot, but it's the craziest dot imaginable. At the top of the painting a fragment of shadow alludes to something out of frame, like another painted mark. The four shadows signal a light source above the painting (the sun? track lighting?), over the viewer's right shoulder, and it all makes sense, sort of, but not really: how could these birds and this mysterious dot cast shadows on ocean air? The painting causes fertile mental chaos, happy disorientation - Owens creates brilliant illusions and then mocks them.

If Owens has a weakness, it might be found in her big anti-war painting finished minutes before the opening of this exhibition. Tiny stick figures in cowboy hats (President Bush and his gang) fire pistols into the air and kill. Nature fights back, with tiny birds leading the charge. Dabs of paint appear on the horizon as if on autopilot, whereas in other paintings the random swatches have an obsessive, urgent vibe about them. Also, two sentimental paintings - one of two people kissing, another of a couple lying in bed - are commendable on the level of puppy love, but there's little going on formally and they suffer in relation to her rigorous other work.

Owens is an articulate painter who can do many things exceedingly well. She has a great sense of humour in a medium that chokes on its own seriousness. Her paintings are brilliant, absurd and unlike anything we've seen before, and in the end we must love an artist who recently said in an interview, 'I feel no shame in having paintings be as grandiose and ridiculous as possible.'

Exhibition Reviews , US Reviews
Laura Owens Paints What She Wants and Takes Pleasure in Doing It 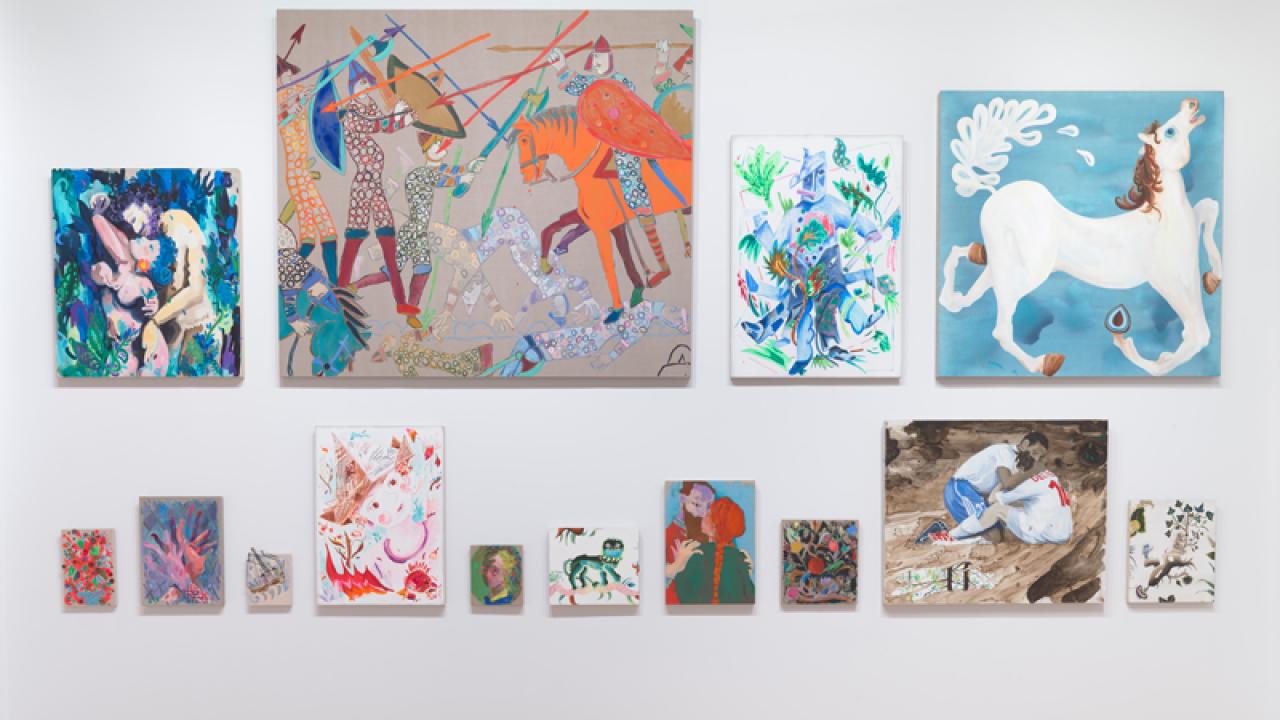 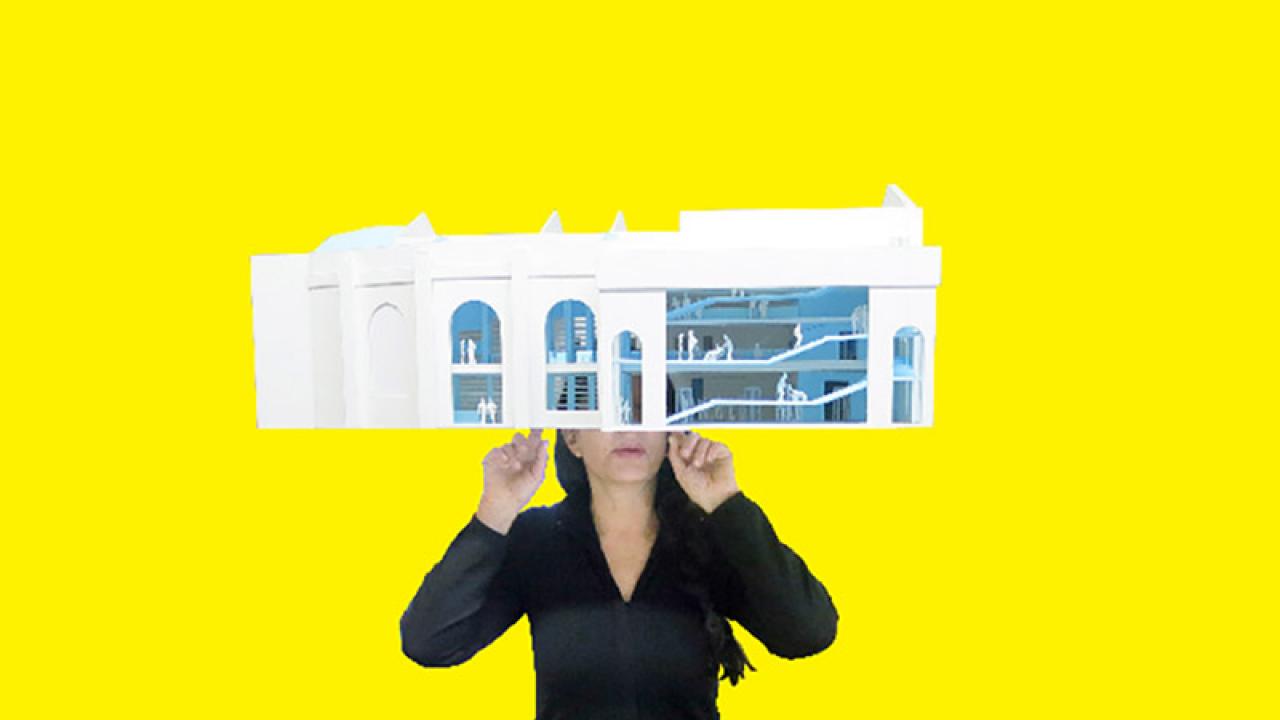