The League of Gentlemen It's a boardroom, of sorts. Running down one wall is a multi-panel, mock-marquetry painting featuring 12 sharply-tailored men with identical slicked-down hair, matching suits and thick moustaches, standing in line, one knee raised and one hand thrust between their legs.

(First thought: Busby Berkeley choreographing Tom of Finland.) The hormone-lacedmise-en-scène is embellished by a pair of embroideries on canvas in which cartoonish 2-D figures are clamped into vice-like, sado-masochistic corsets that engulf their lower bodies, and by a conference table bearing memos dotted with double entendres about 'hard decisions', 'stiff designs', and reminders to employees that 'there is still a lot out there to be exchanged'. Welcome to Enrico David's Spring Session Men (2003): a masculine corporate world compressed so tightly that it begins to release unlikely vapours. It is a series of discrete works blended into the kind of hallucinatory environment that compels you to make up stories to animate it and invent subjects to people it.

In lieu of a trading address or company name, the memos feature in their top left corner a minimalist logo that flatly echoes the shape of the large-scale 'medal' placed on another wall. David previously hung another of these medals on a column in the 'Clandestine' section of the Arsenale at the 50th Venice Biennale: its broad black leather 'ribbon' narrows down to a pointed tip, to which is attached a globular, glowing white lamp, not unlike a pearl of ejaculate emerging from a penis. Curving back both to his own practice and to the military fetishism of Kenneth Anger's Scorpio Rising (1964), which David notes as an influence, details such as this suggest that the company in Spring Session Men is actually a meta-corporation of one, a single corporeality split into a microscopic workforce not unlike the one rolling around Woody Allen's brain and testicles in Everything You Always Wanted To Know About Sex, But Were Afraid to Ask (1972). To judge from its product line, décor and extra-mural activities, the corporation specializes in cortical metaphor and metonym, and maintains a controlling interest in the accommodation of libidinous permissions by forces of responsibility and accountability. It understands sexual energies as metaphors for creative ones. And, very probably, vice versa.

For David this is business as usual, since a surrounding cloud of constraint has materialized, in various forms and densities, throughout his practice over the past half-decade. The large-scale embroideries for which he first became known in the late 1990s seem to spin off specifically from the dictatorial leanings of the fashion industry. They are based - like all his work - on drawings: in this case David copied or collaged images of female models from fashion magazines and then obscured their faces by various means. Dennis Blummen (1999), for example, stars a svelte figure in a green catsuit, standing on one leg and gripping her other ankle, her face obliterated by a giant lily. Yet while thereby asserting a neutralizing autonomy against fashion's immanent body fascism, the embroideries appear less concerned with their ostensible subject than with David himself - a figure evoked by his very absence. David has suggested that the works' closed loops and anti-expressionism were designed to keep their maker out of the picture. These are images of fashion constructed using the rag trade's own impersonal means (needle and thread) to elaborately mask faces that, conforming to fashion's imperative, already look like masks.

Nevertheless, they quickly became signature works, the best and worst thing an artist can have and a burden that David spent a couple of years shedding via an increasingly freed-up, even scattershot, method of working. This resolved into a fascination for the silencing rhetorical power of efficient design objects, exhaled in works that sneaked in subjectivity under the guise of objective, well-worked solutions. Take Untitled Sculpture (2002), a totemic quartet of interlocking, interdependent male figures - painted wooden 2-D cut-outs with Beatles mop tops - that happen to slot together along horizontal, criss-crossing lengths of dowel that emerge just below the waistlines of the figures and stick out several inches. If the piece presents the viewer with a quartet of woody tumescences arising as the result of a tightly ordered formal system, this can't be helped. It is, you understand, a design issue.

David has continued to add finesse to this approach, using a steadily expanding range of sources. When he unwrapped a new body of work in London's Cabinet gallery in the summer of 2003, one influence was all over it: Art Deco. It is notable that when Scorpio Rising is mentioned in Susan Sontag's 1975 essay 'Fascinating Fascism', it comes hot on the heels of a description of Deco as 'the fascist style at its best [...] with its sharp lines and blunt massing of material, its petrified eroticism'. David's take on Deco's potential for subversion is less direct than Sontag's scathing analysis, however - it also resonates with the position adopted by novelist Douglas Coupland, who recently eulogized the immunity of 1930s style to co-option by retro-fashion on the basis that 'there's something still crypto-gay, sexually charged, and backdrop-y about Art Deco, in a way that's too ambiguous for globality'. Structurally slippery, David uses Deco to play off a primary code of repression against a secondary, liberating code that has the potential to subvert and reverse it.

That awkward word 'backdrop-y', meanwhile, is nevertheless a handy descriptor for his positioning of Deco in artworks that, falling somewhere between contemplative object and prop, embody a narrative potential that swims only gradually into focus or otherwise thrums in the background like erotic static. In Untitled (Lamp) (2003) the classic Deco lamp design - a sleek, black, classical figure holding up a circular light source - is transmuted into a micro-habitat featuring a lone male dressed in a black and white striped shirt, his head drooping like the huge, moonlike streetlamp above him. The numb heroism of Deco's flawless nudes is made both cleaner and dirtier, evacuated and replaced by an ambiguous scent of pre-coital anticipation or, perhaps, the luxurious ennui of a figure who has positioned himself outside the crowd. In a series of untitled gouaches that prefigure the wall-work in Spring Session Men, identical-looking men stand, crotch to buttock, in a super-stylized grey, black and white row. Desire and design locked in symbiosis are, it appears, the hallmark of activated décor by The David Corporation.

Sweet Seizure (2003), a small wooden box that was positioned on the wall at Cabinet, opens its doors to reveal a hysterical scene: a series of cut-out colour photographs of a man dressed as Mozart, sited at various points along an extraordinarily long modern keyboard (actually repeated images of the same keyboard attached end to end) that loops around like a roller-coaster. The morphed, periwig-sporting musician has an expression of orgasmic pleasure on his face; as well he might, for David lifted the images from a spread in the pornographic magazine Shaggers, editing out the female participants and diverting the faked sexual energy into the one realm of polite society where presenting a mask of arousal would not be sanctioned. It reminds us that Mozart's lubricious tendencies (infamous enough to have been the subject of a few porn films) are, like the fascist-erotic undertow of Art Deco, a hairline crack in the mirror of bourgeois politesse.

One man divided into multiple selves, caressing his vastly extended, articulated organ and hidden in a cabinet as if the construction were some Victorian covert entertainment - this is likely to be read at every turn as a system of transparent sensual substitutions to be decoded by, and thereby flatter the intelligence of, the viewer. What's important here, as everywhere in David's work, is the effort towards a delaying transmutation, an implicit argument in favour of a degree of decorum. Coyness and secrecy can be aphrodisiacal; pleasure demands a restrictive setting to raise it to an exquisite pitch. (Whither Marcel Proust's affairs without the psychological and societal embouchements that stretch them tortuously into the endless distance?) And if you don't want, or aren't able, to keep your secrets, David suggests, then at least take some pleasure, pride and amusement in how - and how fast - you spill them. Sweet Seizure, you imagine him protesting, is quite obviously a personal tribute to populist classics such as Wendy Carlos' synthesizer maelstrom Switched-on Bach (1968) and, additionally, an exercise in the construction of some kind of Möbius strip from stuck-together piano keyboards. What, he asks in mock wonder, were you thinking of? 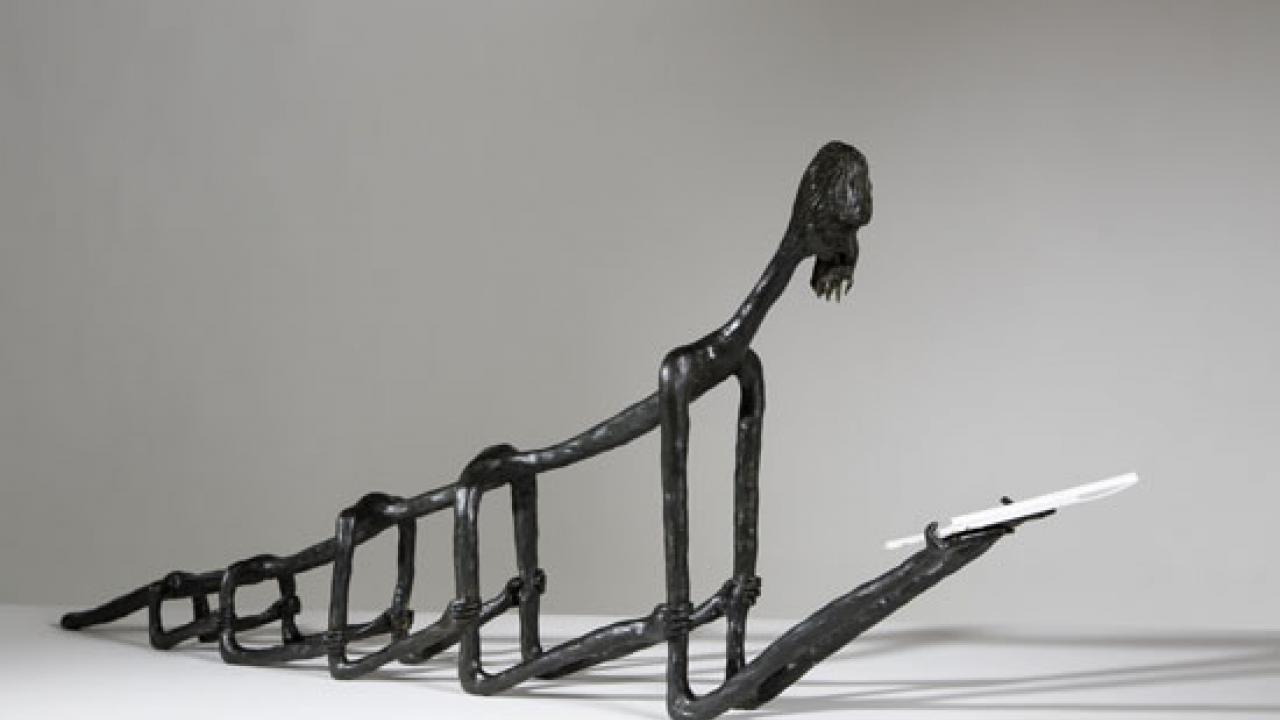 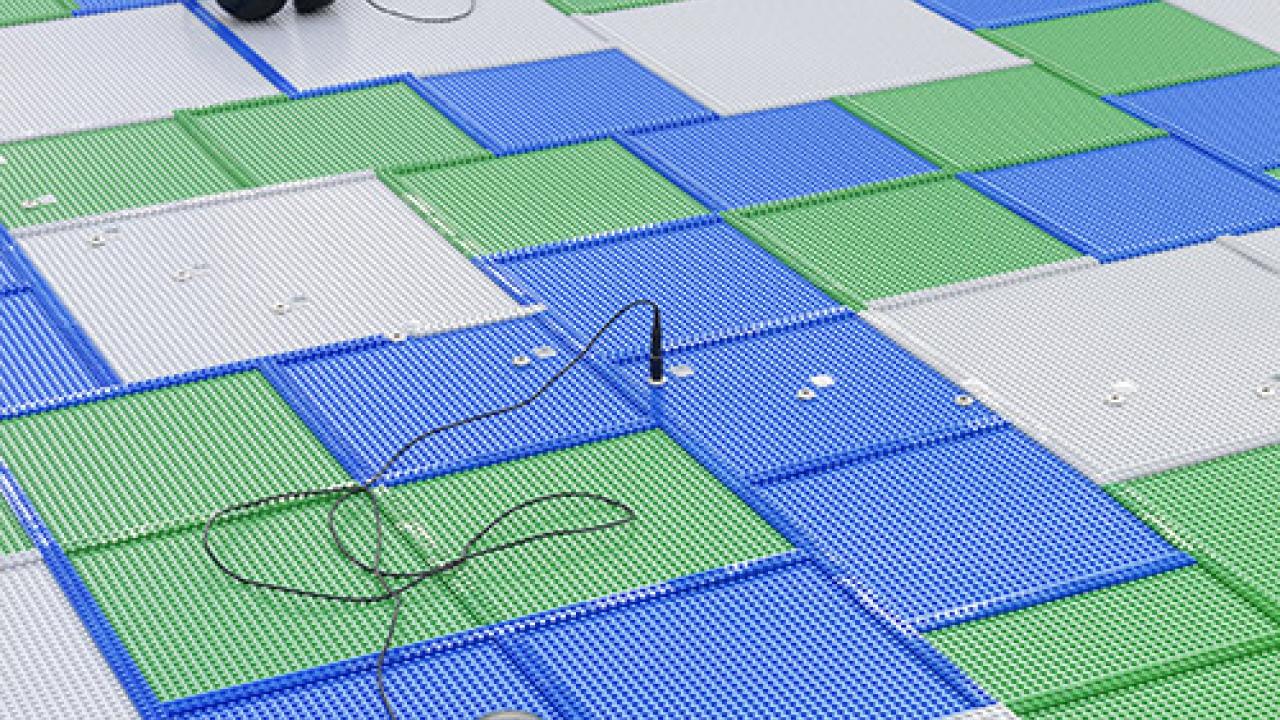