Life in the Margins

Anna Zissermann was born in Manchuria in 1923. In different countries, under different names, she shaped the horizons of the English-speaking left on issues of race, gender and class, and it’s time this was recognized.

Anna – affectionately called Anya – was born into a wealthy, land-owning Russian family. Her mother and older siblings had fled the 1917 Revolution to stay with Viennese Jewish family before they moved to China, where Anya was born. Later, when they heard she was developing a stutter, Anya’s grandparents consulted their upstairs neighbour, Dr. Sigmund Freud. He suggested she spoke just Russian for the moment, and she was cured. Later, her unique transnational upbringing, and her ability to learn languages – Russian, German, French, English, some Polish and Serbo-Croat – would make her career. The family returned to Vienna in the 1930s, and following the Anschluß Anya found herself in the crowd for Hitler and Goebbels’ 1938 speech announcing reunification with Germany. She escaped to England on her own, attended St Paul’s school in London, before winning a scholarship to Oxford to study Modern Languages. There she met her first husband, Stephen Bostock with whom she also had two children, Nina & Dima, and whose surname she used for most of her published work. 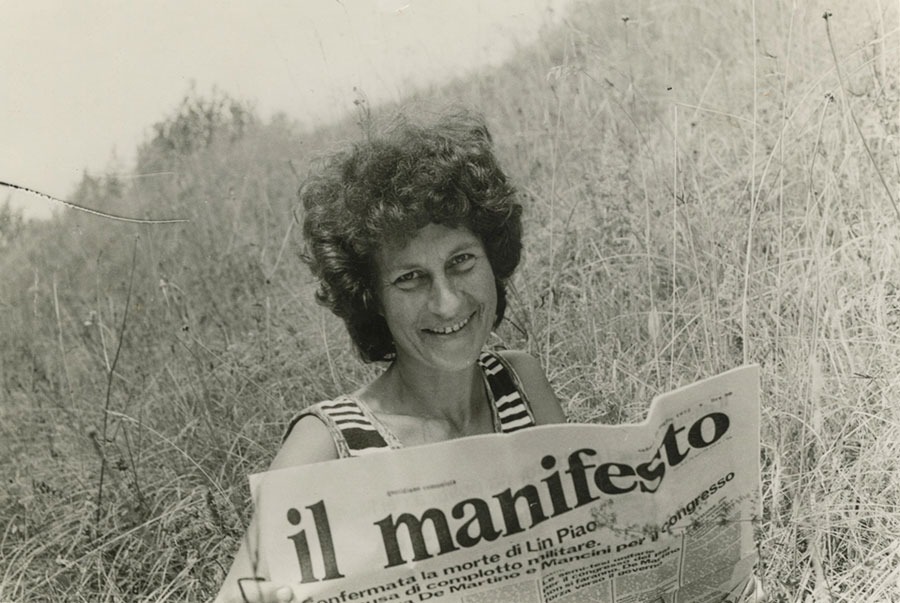 After giving up her degree to work for the Russian monitoring section of Reuters in London, Anya reviewed fiction for the Manchester Guardian. Considering Samuel Beckett’s Molloy (1955) alongside Waiting for Godot (1953), she wrote ‘Mr Beckett’s talent, whatever form of literature he may adopt, is of a poet: hence the elusiveness, the haunting, teasing many-sidedness of his characters.’ Her translations, meanwhile, ranged from Soviet writers such as Ilya Ehrenburg – whom she had first heard of while working at Reuters – to Paul Eipper’s My Cats and I (1955) – an illustrated treatise on cohabiting with cats – to Le Corbusier’s design manual Le Modulor (1948). The latter was a collaboration with her then partner, the later Professor of Painting at the Royal College of Arts, Peter de Francia (1921–2012), whom she credits for her political awakening: she went on to translate works by Trotsky, Wilhelm Reich, Lenin and Marx.

Anya and Peter are thanked at the beginning of the debut novel John Berger wrote in reflection on that decade, A Painter of Our Time (1958). By the time it was published, she was in a relationship with John (she asked to be called Anya Berger in this article). Together, they translated texts by the Berliner Ensemble actor Helene Weigel and her husband and collaborator Bertolt Brecht (1959) – and then Brecht’s Poems On The Theatre (1961). John wanted to become a ‘European’ writer, and Anya could get translation work at the UN, so they moved to Geneva and had two children: the writer Katya (b.1961) and film-maker Jacob (b.1963). Exploring Europe by motorbike, they befriended Ernst Fischer, an Austrian philosopher, militant and postwar cabinet minister.

Anya translated Fischer, including The Necessity of Art (1973); his application of Marxist theory to the everyday was as important to John’s work as Walter Benjamin’s. In retrospect, Ways of Seeing – John’s collaborative TV series and book updating Benjamin’s theories on art and mechanical reproduction – looks like part of the English-language re-evaluation around Harry Zorn and Hannah Arendt’s 1968 collection Illuminations. But exposing John to Benjamin’s ideas far earlier than this is only one of the ways Anya shaped the series.

Men act and women appear. Men look at women. Women watch themselves being looked at. This determines not only most relations between men and women but also the relation of women to themselves.

After 15 minutes, the director Mike Dibb cuts to a studio to hear the opinions of five women: the artist Carola Moon; the publisher, scholar and activist Jane Kenrik; Barbara Niven, the art critic of the Daily Worker; Eva Figes, who had recently published Patriarchal Attitudes: Women in Society (1970), and Anya. As the episode closes, she suggests ‘what a picture of a woman might be like’: the figure of Peace from Lorenzetti’s fresco The Good and Bad Government (1338–39). Her description offers a note of hope:

She could be one of the liberated – or trying to be liberated – women of today. She is at ease, she is relaxed, she is not playing any part at all. She is able to combine pleasure with thought, and with dreaming, and she might spring into action at any moment. For me, she has much more to do with nakedness, with the truth about one’s self, than any number of nudes that I’ve seen. 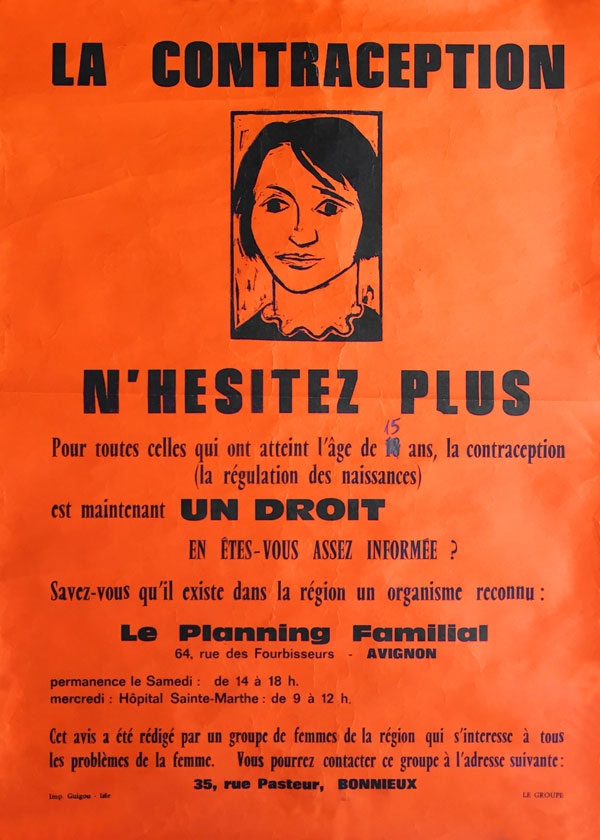 All branches and persuasions of the Women’s Liberation Movement believe that the world as we know it has been made by men and is being run by them, with the more or less tacit connivance of women. We do not like this world. We don’t like violence, exploitation and the manipulation of minds; we don’t like the consumer society which imposes arbitrary standards of beauty and glamour upon us, just as it imposes false notions of status upon the men we live with. Least of all do we like the enormous waste of human potential which we see all around us.

Anya goes on to describe how her group began with ‘consciousness raising’ discussions about the situation of women in society, and moved on to ‘social action’: educating others about free contraception, abortion rights, and childcare. In 1976, after separating from John, Anya wrote for the British feminist journal Spare Rib on changing a toilet seat with shit-stained screws as a single, independent woman. ‘There are no woman-type jobs or man-type jobs’, she concluded, but:

I know I am not – we are not – out of the shit yet, not by a long way. Half the time we aren’t even sure which way to push. But when we get to the end of it – for, like those bloody screws, it does have an end, I’m sure of it – I guarantee you a moment of elation before the next job clamours to be done.

As Griselda Pollock has pointed out, the movement did not then describe itself as ‘Feminism’, but as ‘Women’s Liberation’. Anya’s programme traces the name to the States, where it emerged ‘by analogy with Black Liberation.’ Anya’s work is alive to this intersection: in 1970, she and John had published a translation of Return to My Native Land, Aimé Césaire’s poetic exploration of post-colonial black identity. In his work, it informed the decision to share the Booker McConnell prize with the London Chapter of the Black Panthers: a gesture of solidarity with black struggle against the legacies of colonialism. In hers, it informed ‘Women of Algiers’, a 1974 piece for New Left Review which moved beyond Ways of Seeing to use art history to examine the intersection of race and gender.

In September 1973 Anya was in Algiers during the fourth summit of the Non-Aligned Movement; a group of nations co-operating outside of the binary oppositions of the Cold War. Algeria, which had fought a war of independence against France between 1954 and ’62, had been among the first countries to join in 1961. 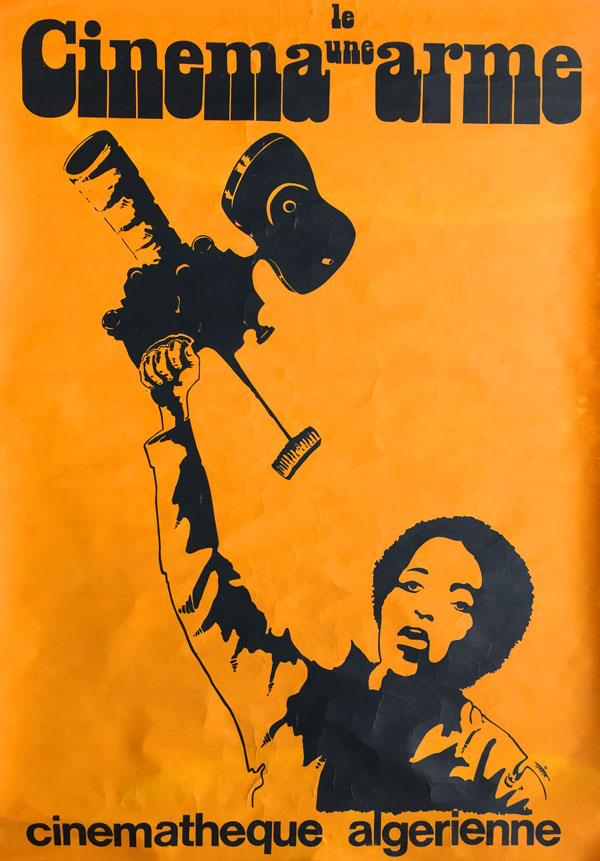 The war had been a cause celebre among Anya’s contemporaries: Peter de Francia’s vast canvas The Bombing of Sakiet (1959), for example, depicted a French aerial assault on a village across the Tunisian border thought to house Algerian National Liberation Front (FLN) liberation fighters. In 1955, Picasso produced a series based on Eugene Delacroix’s 1834 Femmes d’Alger; in 1965 John had thought them representative of Picasso’s inability to find a theme of his own, but as they became the most expensive paintings ever sold in 2015, he emphasized that they were an expression of solidarity with the Algerian struggle.

Anya begins her piece with a description:

When Delacroix visited North Africa in the 1830s he did a thing which was extremely rare for a European in those days to do: he went inside an Algerian home and saw, unveiled, the women of the house in their living quarters.

One might perhaps say that the [resulting] painting describes a dream: a male dream of perfectly passive femininity and, by implication, of masculine power. 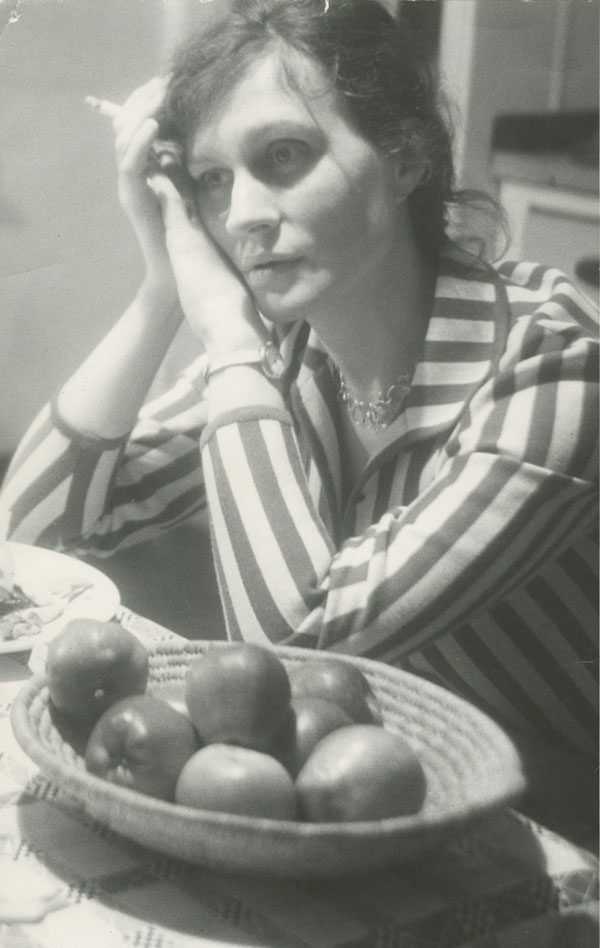 In ‘Algeria Unveiled’ (1959), one of Aimé Césaire’s pupils, the FLN member Franz Fanon, described how ‘the woman who sees without being seen frustrates the colonizer’. Delacroix’s picture unveils the harem-owner’s property to the visitor of the Paris salon: domestic possessions become imperial, and the objectifying male gaze holds. In Anya’s deceptively simple article, the lives of the ‘average’ family she stayed with fill out with individual human frustrations and amusements.

Recently, I visited Anya in a care home in Geneva. Slowed down by age, she still radiates intellectual power. I ended up singing to her – badly, she said – but she held my hand anyway. Katya read Russian folk stories by Korney Chukovsky and half-lines of Wordsworth’s ‘Daffodils’, which Anya proudly completed from memory. It’s appropriate, I thought, that her last translation was André Leroi-Gourhan’s 1964 Gesture and Speech, a book which draws on anthropology, ethnology and paleontology, to understand where art and language come from.

Tom Overton is John Berger’s biographer, Archive Curator at the Barbican Centre, London, and co-host of Suite (212) on Resonance FM. He tweets at @tw_overton and collects his articles at overton.tw.

Opinion
On Earth with Senga Nengudi

As her retrospective ends at Denver Art Museum, the Colorado-based artist reflects on ‘tender-type beginnings to sagging ends’ of ageing sculpture and bodies