Lifting the Lid: c.f. prior on Psilocybin and Grief

In the winter of 2017, one of my fathers, Stephen, died after a protracted and painful illness. In the autumn of the following year, my other father, Rupert, received a terminal diagnosis of his own. In 2019, while my sister was trying to deliver my niece, they both nearly died. By 2020, with its own plethora of spiritual and actual losses, I realized I was no longer able to feel.

Early in the pandemic, when Rupert started getting lost in and outside of language, I decided to become legally responsible for his welfare and finances. But I needed help, too. I’d sought it before with little success and, after my third prescription for SSRI antidepressants in as many years, the idea that grief and its attendant depression were mere chemical blips seemed absurd, even hubristic. As determined as I was to dislodge myself from grief, I was equally determined to find a better way to feel better.

In August 2021, I arranged a call with someone from the hospital to establish whether I was eligible to take part in a trial studying the effects of psilocybin on people with treatment-resistant depression. Picking up where similar research in the 1950s and ’60s left off, the trial is part of a new wave of investigations into the efficacy of psychedelics as potential remedies for a range of mental health conditions. Because the treatments I’d tried so far hadn’t helped, they provisionally accepted me onto the trial.

After Stephen’s death in 2017, to stem the inevitable tide of grief that silence would surely cause to swell, I immersed myself in constant activity. While habitual busyness eclipsed my misery, it also narrowed the aperture on all my other emotions. Where once I’d have felt fury or desire, I now experienced only vestigial flickers of those feelings. Like Roland Barthes upon losing his mother, I too was suffering from a ‘hardness of heart’ (Mourning Diary, 2010).

Then, when Rupert received his diagnosis, I felt I was standing at the same time in a world that had ended and in a world that was ending; like I had one foot planted inside my loss and the other in loss’s waiting room. Overwhelmed and too fragile to bridge that gap, the feeling part of me had seemingly loosed itself, found somewhere safer. For years, I lived with the distinct sense that I was peering out at my life through a periscope. Psilocybin, my therapist told me, might allow me to broaden my purview.

At 10am on dosing day, I took the pills one by one from the little gold bowl – this clinical setting’s small concession to the extra-clinical use of psilocybin – and swallowed. The doctor and nurse checked beneath my tongue and, once satisfied, left me with the therapists. I pulled on my eye mask and waited.

I found myself standing in the attic of a house that I knew to be my life. It was musty, packed tightly with boxes covered with a sheet. I lifted the sheet and watched motes rise and fall in the air, turning to gold in the slanting light. In waking life, I’d never go looking for my grief; I’d long since stopped watching films or reading books that featured accounts of death or loss because I was too afraid of what they’d expose. I thought that, while I’d so assiduously trained my eyes on the horizon, it may have metamorphosed into something monstrous and frightening. But there, in the attic, I opened boxes I knew contained feelings and memories that, in my blinkered and protective determination not to, I’d never looked at directly.

I realized the boxes contained grief, yes, but joy too. And boredom and desire and all the rest of it. In my follow-up sessions at the hospital, I described how the psilocybin had allowed me to see my recent history not only as a list of individual losses appended to specific dates, but also as what had happened in-between. Pushing my niece on the swings, birthday celebrations, meals, the petty frustrations of the morning commute, new love: a composite, a whole life, hewn from the routines of the day-to-day.

It wouldn’t be true to say that, all these months later, I don’t occasionally retreat, but it’s rarer now and easier to return. If grief, as Charles Baudelaire wrote in ‘Spleen IV’ (1868), was ‘like a lid / Upon the spirit aching for the light’, then – my walls a little lower, my heart a little softer – it is, at least, now easier to lift.

This article first appeared in frieze issue 229 with the headline ‘Lifting the Lid’.

c.f. prior is a writer, editor, museum worker and union rep. 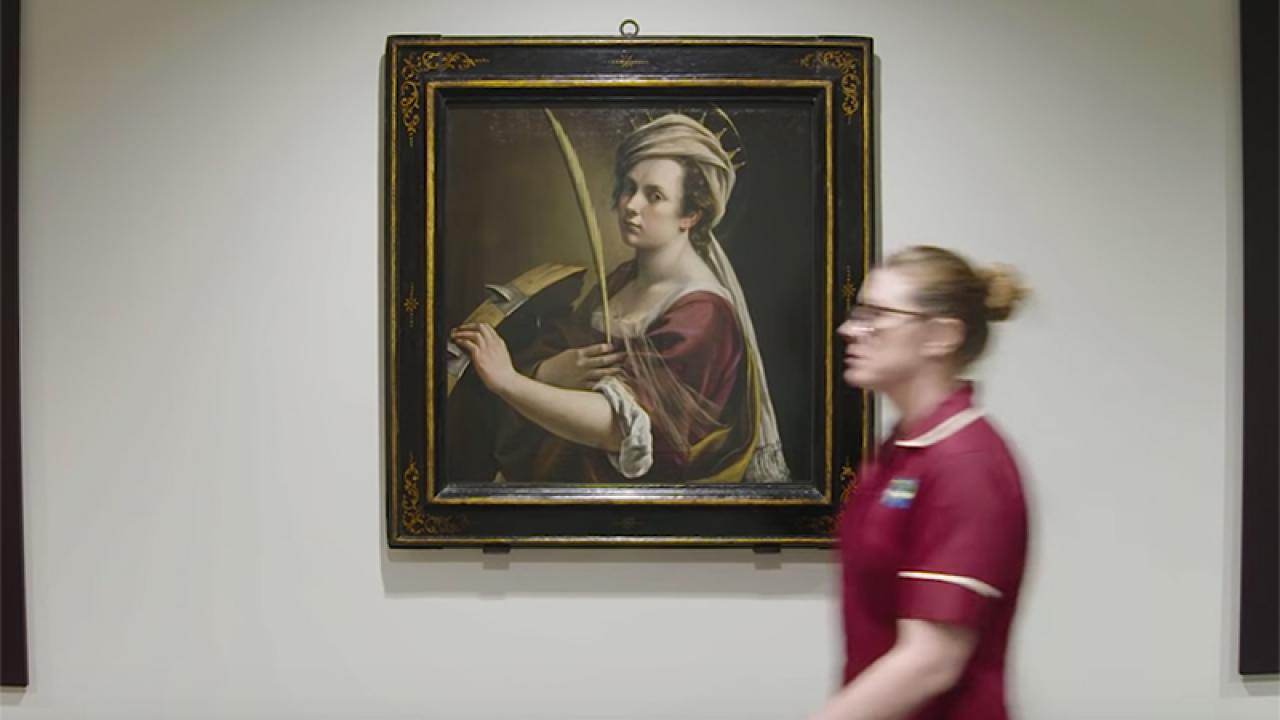 Opinion
Why Doctors Think Art Can Help Cure You

With art lessons and trips to museums on prescription, the links between culture and health are being reconsidered