In Margery Williams' book The Velveteen Rabbit (1922) the toy Skin Horse declares, 'Real isn't how you are made, it's a thing that happens to you. When a child loves you for a long, long time, not just to play with, but really loves you, then you become Real.' Real is synonymous with intimate, where a toy attains the precious status of a friend, partner and confidant. As adults, we relegate this kind of real to the privacy of our own bedrooms or kitchens, where objects such as stuffed animals, figurines, even animal crackers, become inanimate friends that bring us solace and cheer. Liliana Porter plays privately as well, breaking and distorting her toys in paintings and Polaroids to create fanciful and troubling portraiture from dolls and domestic objects. From a porcelain bride with its head snapped off to a canvas of a tiger with a growling soundpiece, the artist has a flair for off-beat humour and wry commentary.

In the family of handmade kitchen accoutrements such as puppet oven gloves and personalized aprons, Strip-tease (2001) is aptly titled, a four-frame unveiling that reveals a naked and empty all-purpose glass bottle from beneath a crocheted canister cosy of a fuzzy white dog. As in Mike Kelley's stuffed animal assemblages, kitsch is a constant theme, as Porter appropriates some of the more appalling accessories that Americans seem to own. Lid (2001), for example, is a simple head of a duck that at one time might have perched on top of a creamer or sugar bowl. While an entire ceramic duck might have seemed tacky, this severed head evokes a complex sadness. Laced with irony, Porter's photographic works teeter between the pathetic and empathetic. The Dance (2001) is another series of four large colour prints, of a wedding cake bride-and-groom decoration turning slowly, an authentic rendering of movement, frame by frame. Like a faint smile, Porter's simulated nostalgia is so subtle you might miss it were it not for the decapitated bride in the next room.

While Porter has worked with fairy tales and children's toys for many years now, her subject matter seems inexhaustible. Artists such as Joe Gibbons and David Levinthal have used dolls in video and photographs respectively, to address homophobia, sexuality and bondage imagery. But in comparison with Levinthal's explicit photographs, which manifest themselves as shadowy bondage scenarios, Porter's photos could be misconstrued as innocent, full of sweet china dolls and baby animals. Working in full light, each toy floating against a neutral backdrop, Porter depends on the exaggerated facial features and subtle gestures of toys in dialogue with one another. Blank stares quickly become meaningful when the gaze is returned.

Even in her paintings Porter nods at photography, with dramatic black and white canvases. To Hide (2002) depicts a steep, flat black mountain against a white sky. Outside the boundaries of the simple canvas lurks a small Chinese figurine clinging to a carved piece of black wood. Elusive and eclectic, Porter layers spare canvases with ambiguous content and whimsical objects. After a slew of Disney-distributed Pixar productions such as Toy Story (1995) the strange and alluring world of the inanimate has gone mainstream. However, if we think of Pixar as Anne Geddes and Porter as Larry Clark, Porter's contribution is to have rejected the cute, the easy and the sentimental, focusing instead on the rejected, abandoned and broken. 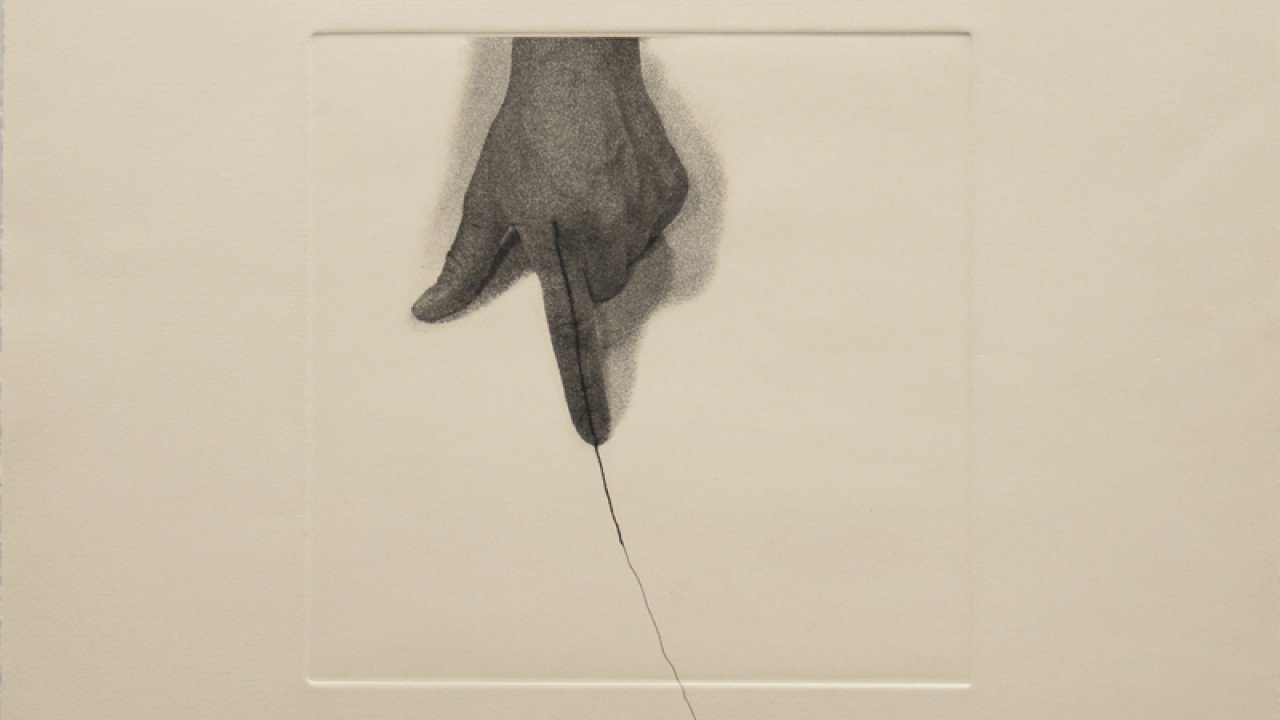