Not well known outside Brazil, Martha Araújo (PM8, Vigo/Galeria Jaqueline Martins, São Paulo, Live) has developed an impressive body of work since the 1970s that encompasses sculpture, objects and performances. By positioning the body in space she raises questions about identity and ‘otherness’, and notions of the individual and the social. Para um corpo nas suas impossibilidades (‘For a Body in its Impossibilities’, 1985), for example, is a participatory installation in which the viewer is invited to wear a sculptural bodysuit made with fabric and Velcro, and to interact with a carpeted ramp. The particular use of space and material alters the participant’s ability to move and their body’s relationship with gravity; many such works are used by several people simultaneously, offering a variety of sensorial interactions. Such moments are microcosms of individual and collective determination. Araújo’s work is in dialogue with the sensorial and bodily practices developed by fellow Brazilian Lygia Clark, and the wearable sculptures of Hélio Oiticia – though their negotiation of space also draws parallels with Simone Forti’s research during the same era. This late 1980s work has never been seen before outside Brazil – or in an art fair; it will be exciting to experience it at Frieze London. 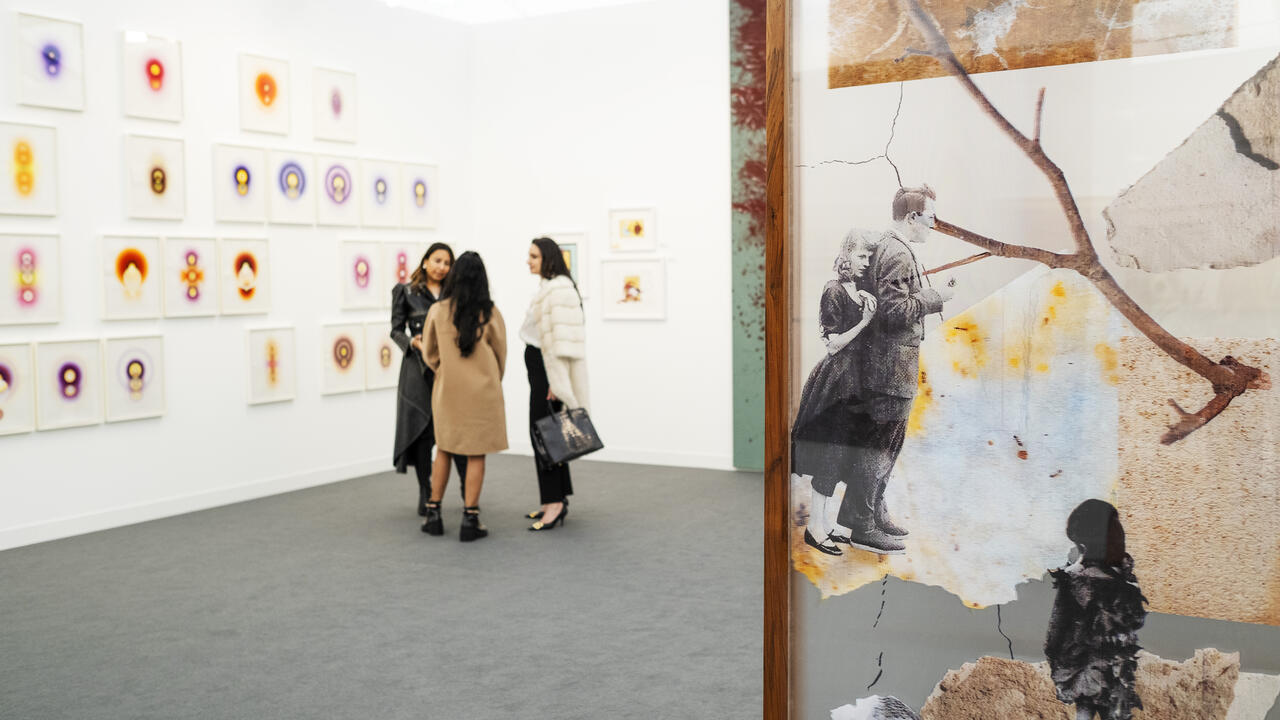 Sponsored by Dobel
MORE LIKE THIS
Frieze
No.9 Cork Street: Autumn/Winter 2022