When Ntone Edjabe – the bearded Cameroonian free-jazz aficionado and publisher of the Cape Town-based literary magazine Chimurenga – finally settled on an October 2011 launch date for The Chronic, a once-off edition of a pan-African newspaper, he announced its arrival with a series of street posters displayed in Johannesburg, Lagos, Nairobi and Gothenburg. ‘Why is North Korea celebrating the African Renaissance?’ asked one poster. The strange question directly quoted the opening statement of The Chronic’s interrogative editorial, a kind of blank verse Socratic poem that ventured more questions than answers, including, ‘Have all the words been disinfected?’ and ‘If A is for Apple – what about Africa?’

The nonsense verse was a playful foil for a more serious project. Outraged by callow news reports on the xenophobic violence that swept across South Africa in 2008, Edjabe decided to create a newspaper published during the week 18–24 May 2008, when anti-immigrant violence abated. Loosely modelled after a single-edition Sunday broadsheet version of McSweeney’s Quarterly published in December 2009, The Chronic aimed to uncover details on the strange ecology that had allowed this violence to flourish in South Africa – without losing sight of the larger continental context. Meaning it was ok to also report on footballer Samuel Eto’o, border fences, used-clothing merchants and Dakar’s new African Renaissance Monument.

It is more than two years since Senegal’s octogenarian president, Abdoulaye Wade – a veteran opposition politician who was elected in 2000, on his fifth attempt – inaugurated his optimistic folly: a nearly 50-metre-tall bronze statue of an idealized black African family, their gaze directed west over the Atlantic by the pointed index finger of their raised child. Sited on a small extinct volcano on the northern outskirts of Dakar, a lively yet melancholy West African port capital, the African Renaissance Monument is taller than both New York’s Statue of Liberty and Christ the Redeemer in Rio de Janeiro. Meant to symbolize a continent freed from ‘several centuries of imprisonment in the abyssal depths of ignorance, intolerance and racism’, to quote Wade, the North Korean-made work has nonetheless drawn widespread criticism.

On the day of its official investiture, 4 April 2010, the 50th anniversary of Senegal’s independence, protestors took to the streets of Dakar brandishing hand-written placards. Also part of the procession were two pallid, scantily dressed mannequins, the male figure additionally bearing a kind of kewpie doll in mock portrayal of Wade’s monumental paean to superhero hyperbole. Authorship of the project is somewhat muddled. Senegalese architect Pierre Goudiaby Atepa is often credited as the designer, where in truth Virgil Magherusan, a Romanian-born figurative sculptor, designed the socialist realist sculpture. Its fabrication was handled by 50 North Korean artisans from Mansudae Overseas Projects, a Pyongyang company that has produced a number of post-independence monuments across Africa since the 1970s.

While the Dakar monument’s us $28-million price-tag has drawn deep criticism, it has been reported that Wade, who holds a doctorate in law and economics from the University of Grenoble, negotiated a ‘payment in kind’ deal whereby North Korea was allocated Senegalese land. As compensation for his intellectual masterstroke, the president holds a 30 percent stake in the monument’s shares. Wade, an important champion of Dakar’s biennial of contemporary African art, Dak’Art, which this year runs from 11 May until 10 June, has pledged to donate any earnings during his public office to two child agencies. It is murky stuff, suggestive of the persistent political ‘menace of the old men’, to repurpose a phrase by Senegal’s poet-president Léopold Senghor.

Recognizing the comic-book ridiculousness of the project, The Chronic published a spoof article by curator and art critic N’Gone Fall, a fictional dialogue between Dr Evil and his son Scott Powers – stand-ins for Wade and his son, Karim, who is being groomed to run the family political business. ‘It is not a monstrosity,’ crows Dr Evil. ‘It is a diabolical project conceived by an exceptional being: me.’ Which is not far off the truth. In a recent Wall Street Journal interview, journalist Gilles Delafon, co-author of Wade’s 2008 autobiography, stated: ‘The problem of Wade for me is just one word: vanity.’

‘We are sick of all those old people thinking old things in old terms,’ says curator Simon Njami. While a monument paying tribute to Africa is an interesting idea – ‘Why not?’ insists Njami – he says Wade’s idea has become bathetic, and is now the ‘most outrageously stupid thing in the world’. Lack of transparency and failure to draw on the competencyof art professionals aside, Njami is also troubled by the orientation of the intellectual idea being monumentalized. In 1999, former South African president Thabo Mbeki, a keen sophist, described his African Renaissance concept as ‘a call to action, to bring about that regeneration of our continent’. Fair enough. But, as Njami warns, ‘we are looking backwards again’. Like the theories of Senegalese post-independence historian Cheikh Anta Diop, who linked the origins of West African culture to a black Egypt (and whose name is attached to a key boulevard leading to Wade’s resolute statement), the African Renaissance idea anticipates the future retrospectively. Unavoidably, African optimism is presented as a kind of nostalgia. 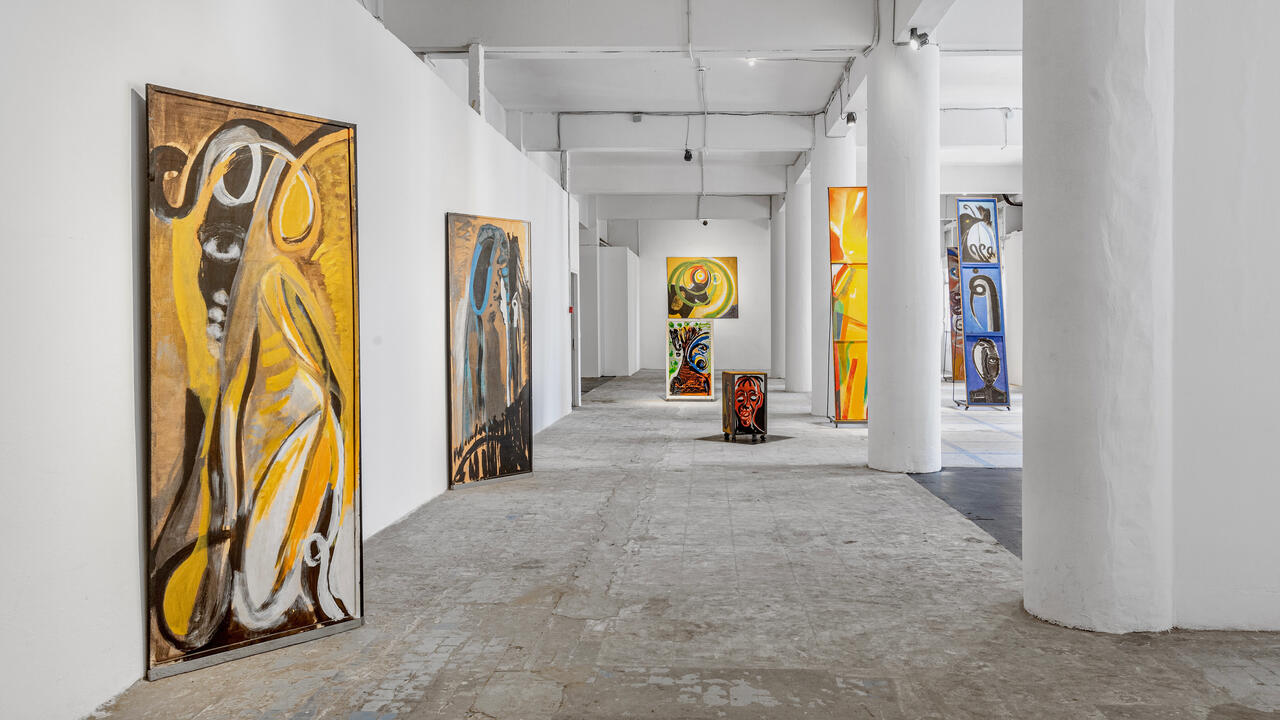