The Man in the White Suit

Michael Bracewell hooks up with the journalist, essayist and author Tom Wolfe 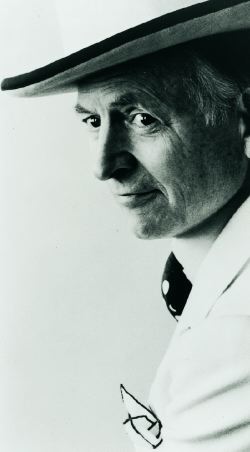 By way of a novella-length article he wrote in 1965 for Esquire magazine about custom car racing, 'The Kandy-Colored Tangerine-Flake Streamline Baby', Tom Wolfe set in place the reportage-based, style-watching directive which has come to dominate much contemporary features writing. With this in mind, Hooking Up: Essays and Fiction (2000) holds few surprises for readers in tune with Wolfe's directive.

Merging Pop vernacular, applied semiotics and a reinvention of 19th-century literary naturalism (which he termed 'The New Journalism'), Wolfe's fizzy prose style is a direct reflection of his principal, and enduring, theme: namely, the endless convulsions and complexities of human behaviour which comprise the acquisition or loss of social status. He kicks off this collection with the proposition: 'by the year 2000, the term "working class" had fallen into disuse in the United States, and "proletariat" was so obsolete it was known only to a few bitter old Marxist academics with wire hair sprouting out of their ears.' Audacious, perfectly poised, instantly quotable, this is classic Tom Wolfe - pulling stunts of polemic in a way which most contemporary columnists could only dream of.

With this comes a certain tang of misanthropy, however. Concluding his introduction to an earlier collection of essays published in 1968, The Pump House Gang, Wolfe wrote in response to a campus lecture tour by representatives of the New Left: 'Ah, philosophes! - if we want to be serious, let us discuss the real apocalyptic future and things truly scary: ego extension, the politics of pleasure, the self-realization racket, the pharmacology of Overjoy...' His point was that fashionable ideology will usually be impotent in the face of lumpen human greed for power; and that common sense and basic decency tend to be stifled in the age-old race to get to the top. Both of Wolfe's subsequent multi-million selling novels, The Bonfire of The Vanities (1988) and A Man In Full (1998), expand this point across a vast, Balzacian, naturalistic narrative.

An accomplished cartoonist, as well as a writer, Wolfe illustrated many of his early essays. His drawing style is fluid and elegant, but cruel - imagine Aubrey Beardsley working for The New Yorker. Yet these caricatures of social types have the same compelling acuity as their corresponding characters in Wolfe's writing. Tracking the slow dissolve of the 1960s into the 1970s, by way of such studies of social ambition as Radical Chic and Mau-Mauing the Flak Catchers (1970) and Mauve Gloves & Madmen, Clutter & Vine (1976), Wolfe defined his territory as the exposure of fashionable sophistry and the analysis of personal style. Indeed, from the earliest days of his celebrity, Wolfe has presented himself in a kind of stylised, ceremonial costume. His portraits reveal an American dandy whose finery hits the spot where pose and posture turn into performance art. With his trademark white suit, spats, silver polka-dotted socks, white hat, and silver topped cane, Wolfe's image is constructed to imply an idea of independence and authority, and a caricature of über-respectability - a world away from tweedy literary types. His prose style, too, is the extension of this dandyism: Wolfe often launches the theme of an essay - or a whole book - on a specific, sometimes tiny, detail of style. Such are the thimbles on which he balances the monolithic weight of his social commentaries: a Roquefort cheese morsel rolled in nuts, for example, or the gait of a Tennessee walking horse.

And yet there is a curious lack of involvement in Wolfe's writing when it comes to the depiction of human relationships and the subjective constitution of his characters. This is the aspect of his fiction which prevents him from joining his chosen precursors - Dickens, Tolstoy or Balzac. Wolfe's creative signature is to hone in on a specific social detail, and, from a minute deconstruction of that fragment, articulate those aspects of status which refer to larger themes: greed, racial conflict, vanity. In the colossal range of Wolfe's writing, there are perhaps only two happy relationships; the rest are conglomerations of deceit, dysfunction, and despair. Somehow, this absence of hope sheds light on that aspect of his project which he strives to conceal: his own emotional constitution, even as it might be translated, as fiction ought, through his characters.

Almost immediately into Hooking Up - despite the brilliance of the phrase-making, the acuity of the judgements, and the erudition of the cultural history - a certain peevishness begins to creep in which is wholly out of kilter with Wolfe's usual ice-cool demeanour. He gets worked up about the endless bombardment of sexual imagery in contemporary society; he devotes a whole essay in response to an attack on his fiction by the other Big Boys in the playground of the Great American Novel - Updike, Mailer, and Irving - whom he calls his 'Three Stooges'. At this point, if you're a Wolfe fan, you feel that a well-turned quip would have done the job just as well.

Vitally, Hooking Up identifies the development of computing in relation to European religious philosophy. One of the best essays in the book, 'The Two Young Men Who Went West', relates the ethos of the Congregational Church of America to the founding of Silicon Valley, and the race to market the microprocessor. Here, Wolfe turns his subject to describe the entire cultural clash between the work ethic of West Coast and East Coast America. The Internet, however, is written off in a paragraph: 'I hate to be the one who brings this news to the tribe, to the magic Digikingdom, but the simple truth is that the Web, the Internet, does one thing. It speeds up the retrieval and dissemination of information, partially eliminating such chores as going outdoors to the mailbox or the adult bookstore, or having to pick up the phone to get hold of your stock broker or some buddies to shoot the breeze with. All the rest is Digibabble.'

But Wolfe is too original and complex a writer to become anything as dull and predictable as a reactionary pundit. If there is a conservative strand in his writings, then it has always derived from an equally radical approach to his subjects: the dismantling of social style by means of his concentrated engagement with his own sartorial and literary style - you could call it a homeopathic approach to social commentary. It has been said that Wolfe wears his white suit to reflect the world back on itself; while he remains one of the most important living writers, in terms of his contribution to the way we see the Modern world, the suit is beginning to show the shine of age.