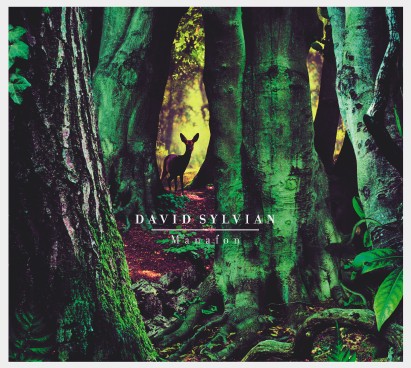 It took David Sylvian 20 years to rediscover the space that he found in what remains his greatest achievement, ‘Ghosts’, from his former band Japan’s 1981 album Tin Drum. On ‘Ghosts’, Sylvian cast aside the masks and cosmetics he had worn on Japan’s journey from glam trash to art pop. The track sounded like pop music redesigned by Karlheinz Stockhausen, its exquisite stillness providing an eerie electronic setting for a confrontation between Sylvian and the (psychoanalytic) spectres which repeatedly thwart his happiness.

Sylvian’s solo records explored the vulnerability that he had broached on ‘Ghosts’, but, even as they rejected artifice in favour of an ostentatiously flagged depth and seriousness, they too often ended up embracing the tasteful; his anxieties, buffed by collaborators such as Kenny Wheeler, Mark Isham and Robert Fripp, had an airbrushed sheen. But on Blemish (2003), Sylvian, with the assistance of Derek Bailey and Christian Fennesz, stripped everything back again, producing a song suite that was raw, emotionally exposed, stark and abstract.

Fennesz returns on Manafon, but this time joined by an august cast of improvisers and electronic experimentalists such as Evan Parker, Keith Rowe, Sachiko M, Otomo Yoshihide and members of Polwechsel. Manafon is very much the companion piece to Blemish, but it departs even further than its predecessor did from standard pop structures. It takes a number of listens before the pieces on Manafon start to work as songs, before Sylvian’s words operate as hooks (of an ascetic sort) rather than coming off as a tuneless Sprechgesang. Allusive, elusive, elliptical, it can sometimes seem that Manafon’s ‘difficulty’ comes a little too easily to Sylvian, who has long set up camp in the existential terrain between disillusion (the subject of album opener ‘Small Metal Gods’) and troubled faith (the theme of the closing title track).

The obvious parallel is Scott Walker, but where Walker’s The Drift (2006) sounds like it’s been recorded by a Francis Bacon screaming head, Manafon has a far more subdued, post-traumatic mood. The central problem with Manafon is not the difficulty of the form, but the inflexibility of the lead voice. Sylvian’s baritone – still a very mannered voice, after all these years of unveiling and revelation – tends to overpower the quietly austere textures his collaborators have produced for him. When, on ‘The Greatest Living Englishman’, Sylvian comes in after two and half minutes of vinyl crackle, fragments of chamber music and electronic clicks, it almost feels like an unwelcome interruption.

Sylvian doesn’t so much respond to the improvisations – which, although they initially sound bare, bristle with detail when listened to closely – as treat them as a background. The voice is so exposed that the lyrics need to have the dense lucidity of poetry, an intensity and focus they never quite muster. The song’s subjects are often harrowing – there are suggestions of suicide, drug addiction, military megaviolence – yet Sylvian‘s approach to them is so oblique that the album’s emotional impact is muted.

Even so, Sylvian’s presence – and the shadow of the song-form that it brings – creates a unique space, and it is this space, between the singing voice and experimental methodology, that keeps you returning to Manafon, which, for all its flaws, is one of the most original albums of the year.