It's rare that an artist is awarded the distinction of two concurrent retrospectives, let alone in the same city. But it's a mark of Marianne Heske's importance to European Conceptualism - and of the esteem in which Norway holds her - that both of these major galleries simultaneously exhibited her work.

'To Whom it May Concern', at the National Museum of Contemporary Art, adopted the classic historical approach: a representative overview. Heske's excursions into different artistic areas were displayed: land art, sound art, video pieces, performance and installation art. Her best-known work - an installation, Project Gjerdeløa (1980) - was presented through documentary photographs. The piece involved removing a small 17th-century log cabin from the steep mountainside above a remote fjord in the east of Norway. It was dismantled, transported and reconstructed in a room in the Centre Georges Pompidou in Paris. The logs of the shed bore 300 years' worth of graffiti - one inscription was marked 1687 - carved by the haymakers who used the shed for storage and shelter. The Parisians, in turn, were encouraged to write their own thoughts and messages on to the wood. Exactly a year later the work was returned to Norway. Using the cabin as a vehicle for cultural exchange, Project Gjerdeløa destabilized relationships between the pastoral and urban, past and present, art and non-art.

The National Museum exhibition also introduced the major leitmotif of Heske's work: a 1920s doll's head - girlish lips, arched eyebrows, tightly bobbed hair - that she found in Paris in the 1970s. Its image recurs throughout her work from that decade, as Heske, in common with other artists practising in mainland Europe at the time, extended the conceptual trajectory started by Fluxus. This mass-produced head became, for her, a symbol of humanity, a representative of the anonymous individual among the masses. In various works and in different media - from photomontage and lithography to assemblage and even film - she combined its image with scientific diagrams of skulls and phrenological charts and mappings, explorations of the systems used to classify consciousness, and to label individuals. In a series of photographs on canvas the faces of various people - a judge, a policeman, a street-corner doom-monger carrying his 'the end is at hand' placard - are covered by the doll's head image, as social roles obliterate individuality and curtail self-expression.

There were more of these early pieces in the exhibition '+- 0', at the Henie-Onstad Museum, as well as more recent installations that also used the doll's head. But the central concept behind this show was the articulation of Heske's interest in the idea of 'nature'. Her 'video paintings' are still images from videos, printed on to canvas or silk (an idea that has influenced, among others, Nam June Paik). When she filmed Norway's rugged and majestic landscape, Heske manipulated the colours as she recorded them - working en plein air, as it were. In the series 'Full Moon Mountain' (2001) weirdly shaped rocks and crags were picked out in psychedelic, luminous shades. Their striations and knuckled outlines seemed to glisten and pulsate against the dark background. The 'Avalanche' series of paintings (1998) could almost be abstract images, with their bursts and freckles of reds and oranges and blues. Some of them look like wrinkled skin, others like the snowstorm patterns of interference on television.

A larger work from 1993, also entitled Avalanche, consisted of one such painting, leaning against the wall. One thousand and one glass dolls' heads, each with a different crystal set inside, spilled across the floor from the edge of the painting - an avalanche of people; human history slipping past; the Fall of mankind. The avalanche is, for Heske, both a symbol of the raw power of nature and a metaphor for human nature. Using technology to reconfigure the very tradition of Romantic landscape painting, she blurs the distinction between nature and culture.

Hence Heske's four Orgon Houses (1995), based on the 'Orgone accumulators' of Austrian psychoanalyst Wilhelm Reich, but with the insides covered in digitized images of, again, avalanches. Living in Norway in the 1930s, Reich theorized that the layering of organic and inorganic material could be used to trap natural energy and to channel that energy for human benefit. As with her interest in phrenology, the point is not whether Heske believes in these ideas herself, but rather humanity's constant invocation of science and technology to attempt to understand nature - and therefore its own nature. 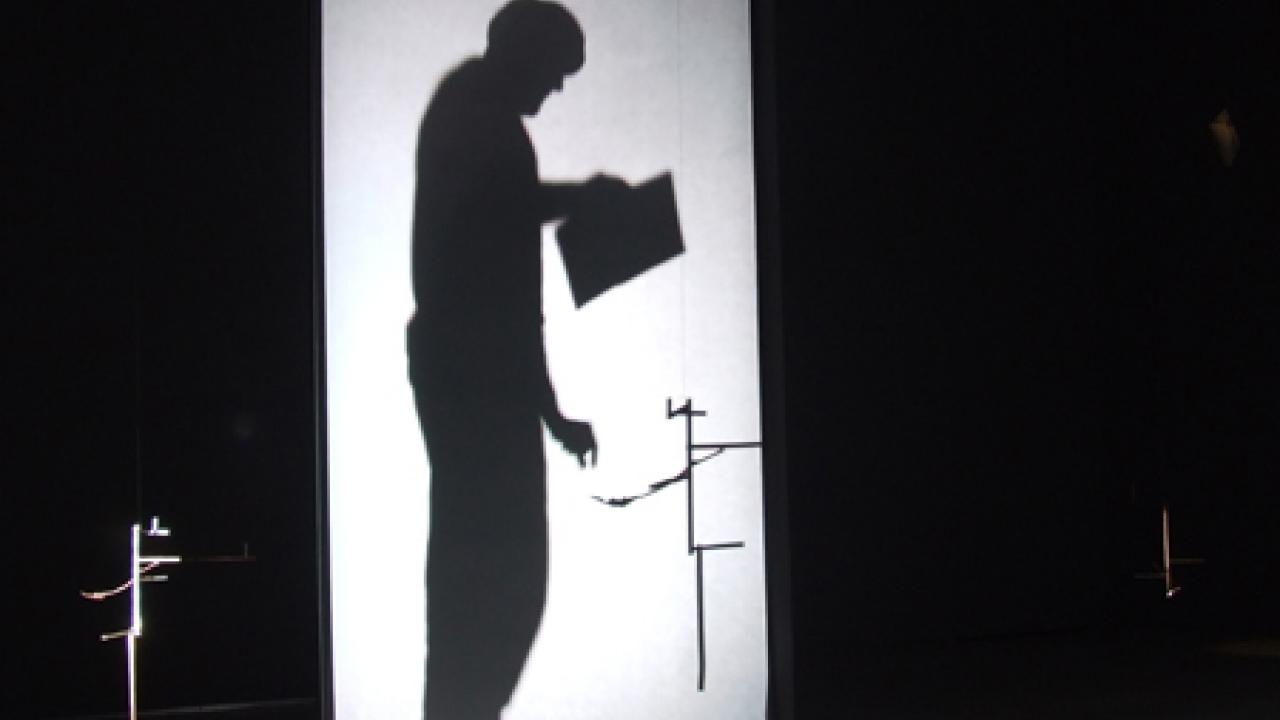