Marina Saleme Paints the Contours of her Mind

The American novelist Leslie Jamison wrote in her essay ‘Since I Became Symptomatic’, published in the New York Review of Books last year, that, during her confinement with COVID-19, the illness became a presence in her apartment, a ‘partner’. Hearing her voice repeat the same phrases to her child, Jamison felt as though ‘the inside of [her] mind [had] become a mental asylum’, having not left her apartment in several days.

A similar sense of psychic and bodily inescapability courses through ‘Apartamento s’, the latest solo show by Brazilian artist Marina Saleme at Galeria Luisa Strina. For the exhibition’s titular series, Saleme re-created 1,000 versions of a female figure she found in a magazine. Produced between 2019 and 2021, these tiny paintings, drawings and collages, with dimensions no larger than 30 cm, are displayed in the gallery’s back room.

Saleme, who has been painting since the 1980s, is known for her large oil-on-canvas works, as well as her photography and mixed-media, in which landscape and formal play between figure and background are recurring motifs. Saleme was diagnosed with a pulmonary illness in 2017 and, unable to use turpentine, briefly abandoned large-scale oil painting. She had begun her small figurations even before this, however, as in the oil and graphite ‘Self-portraits with Silence’ (2009) and the painting series ‘Garotas – As descabeladas’ (Girls – The Dishevelled, 2013).

Saleme’s latest small figurative works are haunting in their portrayal of the body’s incessant, claustrophobic presence. The title of the series, ‘Apartamento s’, is a nod to the small apartments in which many of us have had to endure physical confinement during lockdown. In one painting, a figure, her limbs bare, sits with her knees touching, her feet splayed out. Her elbows rest on her knees, while her head is cradled in her hands. The tangled lines covering her face could be hair or a hovering abstract black mass.

Saleme’s shaky painterly lines, executed alternatively with her left and right hands hands (a method she employs to make her work), eschew a definitive sense of volume. Instead, she emphasizes the stark emptiness of the background against the body’s forever-shifting contours. At times, the woman’s limbs go missing or disappear in monochrome layers of colour – ranging from black to mint green to radiant gold and fuchsia – only to re-emerge in adjacent works. In thicker renderings, the figure’s body parts loom elephantine; square stubs replace her feet. Saleme does not depict any furniture or other surroundings. Instead, unmoored, the figure’s tilted torso and lifted heels make it seem as though she’s careening, caught in her body’s vertigo.

Despite the lugubrious mood, ‘Apartamento s’ pulsates with energy. In a short text written to accompany the exhibition, the art historian Tadeu Chiarelli describes Saleme’s approach to painting as a game. Yet, for me, the ritualistic compulsiveness of Saleme’s gestures echoes what the Brazilian psychiatrist Nise da Silveira described, in her essay ‘The Experience of the Engenho de Dentro’ –published in the catalogue for the 1981 São Paulo Biennial – as art’s ability to ‘re-create [a mind’s] internal order’. Da Silveira, who ran an art studio at her psychiatric hospital, saw in the obsessive repetition of painterly gestures not a locked-in body and mind, but the productive working-through of emotion. Similarly, in Saleme’s show, there’s a certain sense of ease that comes from rendering a matrix in constant transmutation. When repetition escapes automation, hand and mind seem freer to do their own spontaneous bidding. 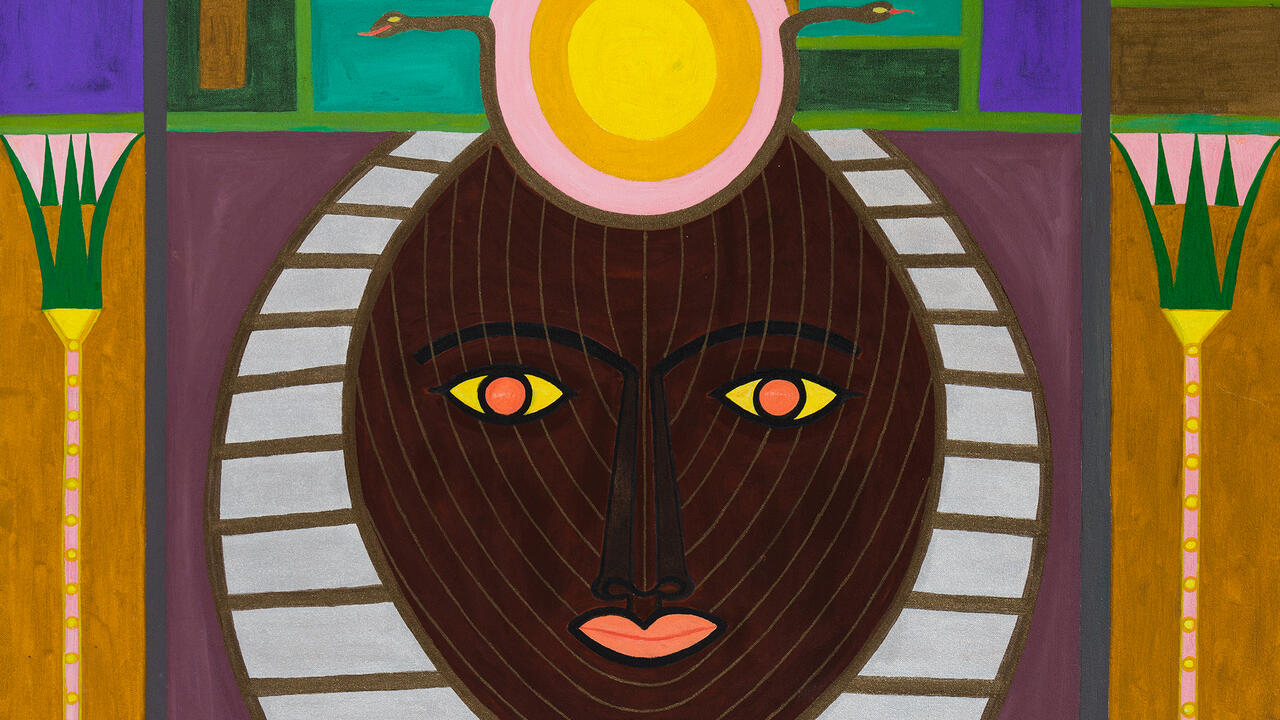 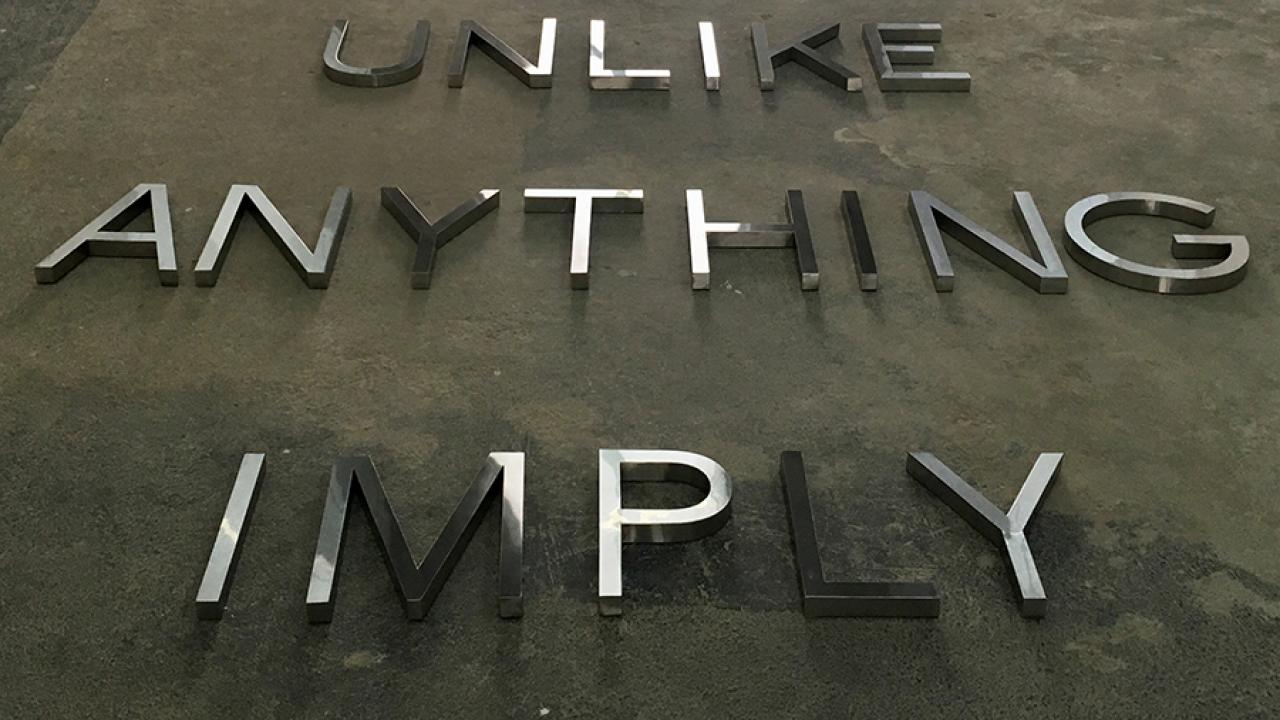 Critic's Guides
The Best Shows to See in São Paulo 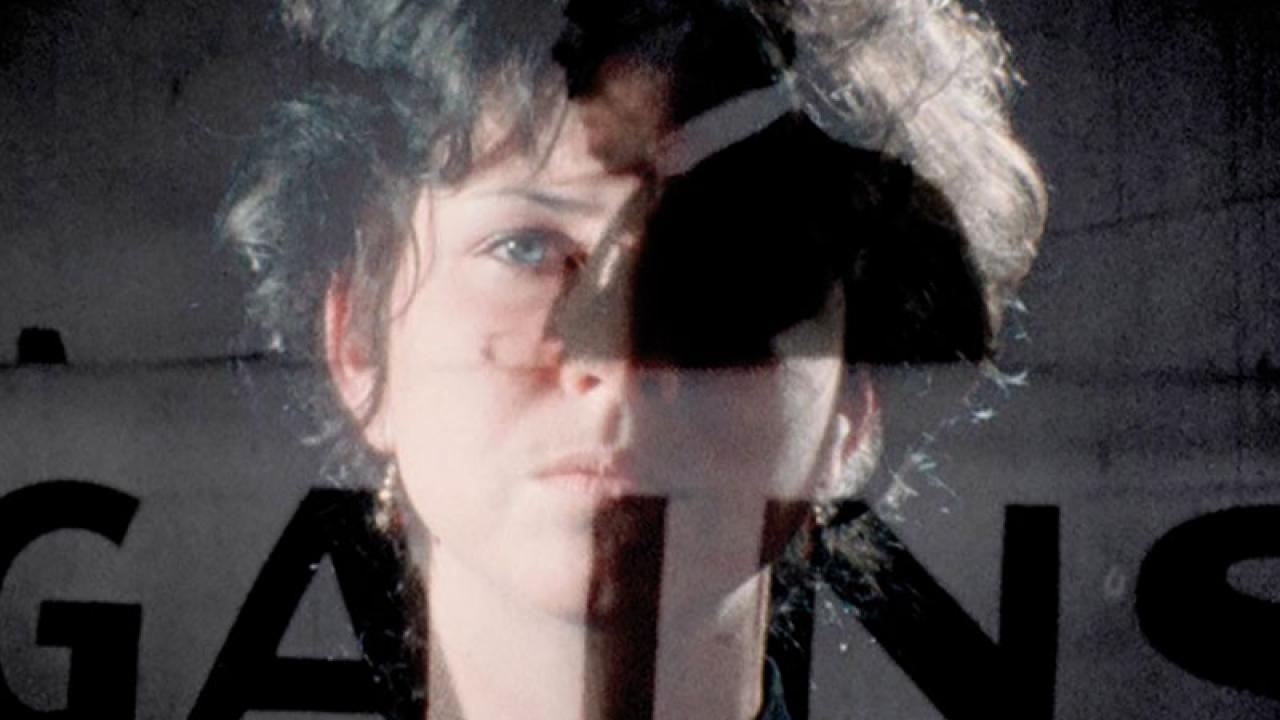