It's hard to imagine that the case for Henri Matisse as a serious artist ever recently needed to be argued, but in an essay from 1973 Clement Greenberg did just that by tracing the artist's influence through (what else?) American Modernism. Surprisingly, the first artist Greenberg mentions is Milton Avery, often overlooked in favour of his colleagues Mark Rothko and Barnett Newman. Greenberg argues that by the mid-1940s 'Avery had long been painting under Matisse's influence'. In this show of late paintings executed between 1947 and 1963, Avery is obviously devoted to Matisse's achievements, even working out approximations of his still lifes and figure compositions. However, only in the landscapes does Avery avoid mere copy and offer original verse in response.

Matisse's figures are nearly literary artifice; even pictures of his family possess the formal fiction of his painted marks. Avery's figures, by contrast, still struggle with the verbal, choking on clunky words, not quite managing to connect their discrete parts. In The Haircut (1947) a standing woman cuts a seated woman's hair. As if assembling a crude sentence, Avery abuts yellow hair, white skin, red scarf, and black hair. (A cross-hatched French window on the right picks up on Matisse.) In most of Avery's late figure paintings heads remain paper white and faceless with bright yellow or stark black hair. In Interlude (1960) shades of lemon and eggshell alternately fail to describe the figure and surrounding space. Through seated and reclined poses and framing, (especially with windows), Avery repeats the crucial elements of Matisse's famous figurative compositions but, without his sophisticated colour and line, falls mute.

In his late still lifes and paintings of animals, Avery refines his visual vocabulary. This is particularly evident in Sheep (1952), which depicts a black-faced lamb resting on a greyish pink ground, its wool articulated through curlicues drawn into white paint; Owl (1953), a strange close-up of an owl's peacock-feather eyes and mottled brown coat; and Plunging Gull (1960), in which the bird can be seen diving into a charcoal sea, peacefully frozen in purple and pistachio green. The bright, decentralized Orange Vase from 1951 is another crude Matisse, but Chair with Lilacs (1951) shows off Avery's occasional virtuosity of colour in a simple construct: lilac triangles, a bright green ground and a delicate white iron chair.

In his landscapes Avery finally finds his poetic synthesis, evoking complex states of self-consciousness through matt surfaces that yield intense colour saturation. Take, for example, Sunset (1952), whose central field is not red or orange but a molten cream-coloured ooze, or Shapes of Spring (1952), a gorgeous lavender expanse with trees etched into green and mauve paint. In The Seine (1953) Avery's touch lightens, opening the canvas to a Tiffany-box-blue sky over a chalky white bridge lined with stiff, brushy trees. The blocky technique that elsewhere mutes his figures animates Red Rock Falls (1947), where crimson cliffs and a dense, Manet-black plateau converge over blue-green water and light purple ground. In Black Sea (1959) matt peachy yellow paint covers most of the vast space, broken by a serrated white wave and a black slice across the top edge. But Avery's most intriguing landscape is Mountain and Meadow (1960). Little more than interlocking areas of colour across a large canvas, a green mound dominates, rising to a pink sky. A cream triangle cuts from the left through a blue ruffle of paint, and a smaller, yellow mound makes up the right-hand side. But the left side of the canvas - where the pink sky, green mountain and creamy path would otherwise all meet - has been effaced. Avery builds into the landscape its own impossibility, its non-existence or its ghost, an unwritten verse or a pause for breath between lines. 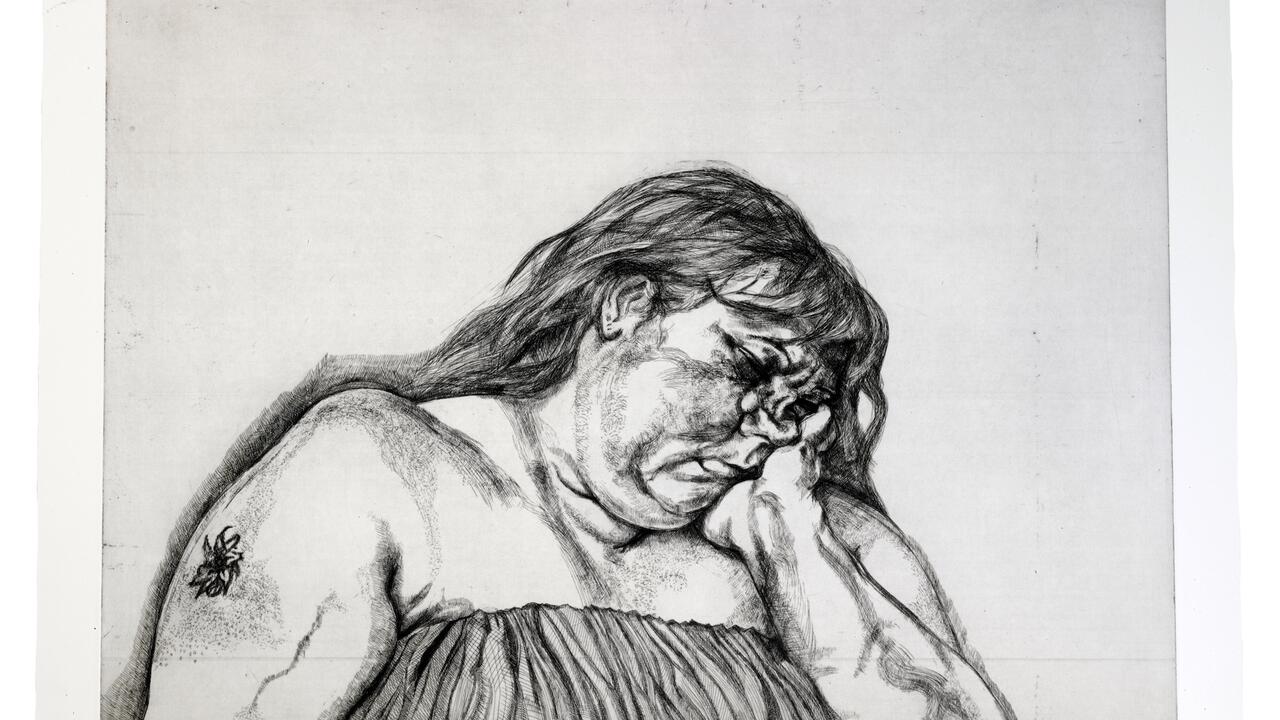