‘The identification of immediate with past experience, the recurrence of past action or reaction in the present, amounts to a participation between the ideal and the real, imagination and direct apprehension, symbol and substance.’
Samuel Beckett, Proust (1931)

Paul Sietsema's first film, Untitled (Beautiful Place) (1998), explored the natural anti-naturalism of the imagination's beau lieu in a manner worthy of J.-K. Huysmans' Des Esseintes, a filmic negotiation forsaking the real flower for, in the author's words, 'its replica, faithfully imitated thanks to the miracles of gums and threads, percalines and taffetas, papers and velvets'. Appearing to be flowers, Sietsema's filmed plants blossom into a study of how appearances appear and are perceived - the various histories, referents and interior and exterior structures that govern and make up perception. The 'beautiful place' of the title is that of art, of the imaginary confronting memory as the representative of the actual; a translation of the name of the make of camera with which he shot the film (a Beaulieu), it is also the site of making, both handmade and technologized (filmed), and the non-site of the unmade, since film dematerializes what it shows.

A grasshopper; a strange cave-like plaster sculpture recalling Louise Bourgeois' Fée Couturière (Fairy Dressmaker) (1963), as well as some of the rare, late sculptures of Jackson Pollock; a gracefully wavering wire construction suggesting Buckminster-Fuller-like geometries, blurring in and out of focus; the decorated living-room of a corner apartment on the 17th floor of 275 Central Park West during a period (c. 1964) when it was inhabited by Clement Greenberg; a rotating crystalline, chandelier-like construction of gels; the Princess's Salon in the Hôtel de Soubise in Paris, designed by Gabriel-Germain Boffrand and completed c. 1739-40, which an old art textbook of mine describes as seeming 'to have been conjured up rather than constructed, so insubstantial are the walls, so effervescent the decorations, which hover above': with the addition of a few hypnotic segues of colour, these are the elements (all constructed) of Sietsema's Empire (2002). However one describes it - serious, inspiringly unironic, ambitious, well made, simple (which is not to say uncomplex), gorgeously paced, haunting, intense - Sietsema's new film grows out of his earlier one, broadening its concerns, deepening its significance and methods by exploring even further the constitutive properties of the medium (film), while providing an even more searching meditation on materiality - how matter and its representations, through vision and what is taken as its antithesis, are constructed.

Opening with a projection of grainy grey, the glowing frame, window-like, suggests the wide horizontality of Cinemascope and the geometric shape of painting, the way a Barnett Newman might appear in black-and-white reproduction, for example. Not long after the clicking purr of the projector is heard and the grey rectangle on the wall seen, you begin to wonder, 'Is that all there is, or am I just not getting something?' (Two basic worries when encountering contemporary art.) Seconds later the grain of the film stock swarms to fade gradually into focus a grasshopper on a leafy branch, a creature in its habitat, projected in glowing negative. This sequence from grey to grasshopper is then repeated, and it's only as this happens that the weird object begins to be something other than an enigma or disturbance, that it becomes a grasshopper rather than remaining an alien abstraction. Over and over again Sietsema repeats sequences to demonstrate repetition as that which determines seeing as recognition, what allows sight to become thought. The grasshopper is the only creature shown inhabiting a space; all the rest of the spaces represented are depopulated. The insect links the empire of Sietsema's second film with the themes of his first, since the sculpted grasshopper could live peacefully among the constructed flowers; but here it embodies the Asian-moderne elegance and architectonic linearity of nature's forms as well as art passing for something as natural as nature itself.

In Empire, as in his first film, everything that we see is constructed by Sietsema (of course, the film is itself a constructed thing). What we see is sculpture. How differently sculpture can appear and be, and how it constructs the space it is in and is constructed by that space (the relation of positive to negative space, insisted on by the use of colour and black-and-white negative processing) are two of Empire's basic concerns. Where the first film naturalized (floralized) a suspension of disbelief that it then slowly suspended, in Empire Sietsema quickly abandons nature (the grasshopper) to consider art and the artificial and architectural constructions - constructions that nevertheless delight in the representation of nature. The white plaster sculpture filmed, as much as alluding to Bourgeois or Pollock, becomes a cave-like thing for spelunking, but, whatever the negotiation of the organic and inorganic, it returns to Lascaux (art); the crystalline forms (teased out in wire, animated by gels) and jewel-like colours suggest mineralogy but also the windowed layers of vision itself, the prismatic refraction of light and camera lensing; the exquisite tendrillation of the décor of the Baroque salon schematizes representation of vines, vegetable branchings.

The grasshopper, glowing negatively, doesn't look like a filmed sculpture, but then what does sculpture look like on film? The plaster cave sequence answers this question drily: sculpture has a surface (bumpy); and it can be looked at but also moved around; the camera (as stand-in) turns looking into moving around, a topographical vision, and then burrows inside.Yet if this sequence explores sculpture (its dimensionality, its potential abstraction and non-representationality) -

if it, in fact, looks like sculpture filmed - what is to be made of the other parts of the film (the apartment; the spinning crystal; the salon), which don't so easily conform to these notions? Where do outside and inside reside, and, as with something inverted or made negative, are oppositions any longer seen as being opposed? How Empire projects materiality - the materiality of film but also the materials filmed (plaster, gels, wire, wood, fabrics) - is reiterated, allegorically, in its own textures (film stocks, development processes, pans, cuts, dissolves), but whatever materiality is projected depends on the absence, and the memory, of its semblance and space as a contrast. Sietsema uses the science of Hollywood special effects to achieve an effect, not to comment on effects. The effects that create the verisimilar affect of spatiality in the spaces of an apartment or Baroque salon are just as much a tool as black-and-white film stock or a dissolve or solarization; they help produce meaning but they aren't themselves what is meant.

As much as the word 'empire' describes a political unit having vast territories ruled by a single authority, it also connotes a period of time, an era, with a beginning and ending. While named after one of the first cinemas (London's Empire Theatre) and sharing its title with Warhol's most infamous film - shot facing into sunlight so that, as the sun sets, the Empire State Building and the rest of the city seem to dissolve into solidity and as night falls lights in windows flick on - Sietsema's Empire constructs an idiosyncratic evolution of how styles change and evolve. This evolution isn't exactly Darwinian, since in the film he questions how stylistic periods and modes of thought are not outmoded, not even concretized, as much as concertized harmonically. There are still many questions of the Baroque unanswered, still many ways to investigate the vitality of Modernism and the modern, new theories of sculptural space and filmic structure to be explored.

With Empire Sietsema proposes something homemade, generously non-narrative and, despite its title, anti-mythic. He attempts intensely to get somewhere, and part of the beauty is that Empire ends with no conclusion, no myth, only possibilities and potentialities. After watching it you realize that the gallery is empty except for a few folding chairs; the light and space (actual and remembered) are a quiet reminder that crying out for interpretation probably isn't the point of art - which isn't to say that there isn't plenty to think about.Periodicity, for example, or colour. Or the relation of still photography to moving pictures, of static objects to architectural space, of various media to flatness. Empire is concerned with ideas and the forms of thinking but isn't drearily conceptual. It isn't a film about Greenberg's apartment. (Although one part of it could be understood to be about a photograph of Greenberg's apartment - in other words, about a representation of space - of course, the entire film is an investigation of how space gets represented.) Nor is it a film about the Hôtel de Soubise. Sietsema does want to consider many of the constitutive concerns of painting and sculpture - surfaces, materiality, flatness, space, temporality - and refers quite specifically to spaces and works of art paradigmatically associated with these concerns and the structures (mental, economic, social) and visibilities that contribute to those concerns: this is the film's project and what it projects. His references refer: a Newman painting isn't shown, and the model taken for a Newman shouldn't only be seen to reiterate the fact that Newman gave The Promise (1949) to Greenberg as a wedding gift in 1960, but also to document powerfully line as a mark of temporality and flatness, painting as a sublimation of limitlessness, all, as Newman said, to declare space. Sietsema's work, in fact, invites a rethinking of the principles of appropriation and a consideration of how it differs from and depends on repetition. While the Greenberg sequence could be read through the work of Louise Lawler, Sietsema's entire project - how he deploys objects and repetition to provide contrafactual immanence - proposes a Sturtevant-like thinking, along the lines of: content no longer refers to the visible but points to the invisible, which it pushes to deeper layers: an interior and silent space. It is this drastic misplacement of image to concept that moves the dynamics from visible to invisible.

Empire's empiricism depends on imagination; Sietsema provides an empirical survey of the imaginary's spatiality. A demonstration, even a documentary, of varieties of flatness, the film is, and is about, a projection of light through space - transparency, translucency, opacity; light passing through a dark void, through the projector, through the lens of the camera, through celluloid, through the eye - and about how that projection relates to and differs from the way things are seen in the world and in the mind. The wire sculpture shimmering in and out of focus transforms into the gel crystal scintillating flatly, clockwise and anti-clockwise, to become the chandelier in the Hôtel de Soubise. The chandelier - seen most often in reflection, mirrored - looks modelled, dead, not prismatic: it represents the illumination of thought (a sublimation of the cartoon light bulb), light ideated, the silent Baroque. Filled with such thought, the entire salon glows. It may only be through the prism of mind, whirled without end, that the world isn't flat. 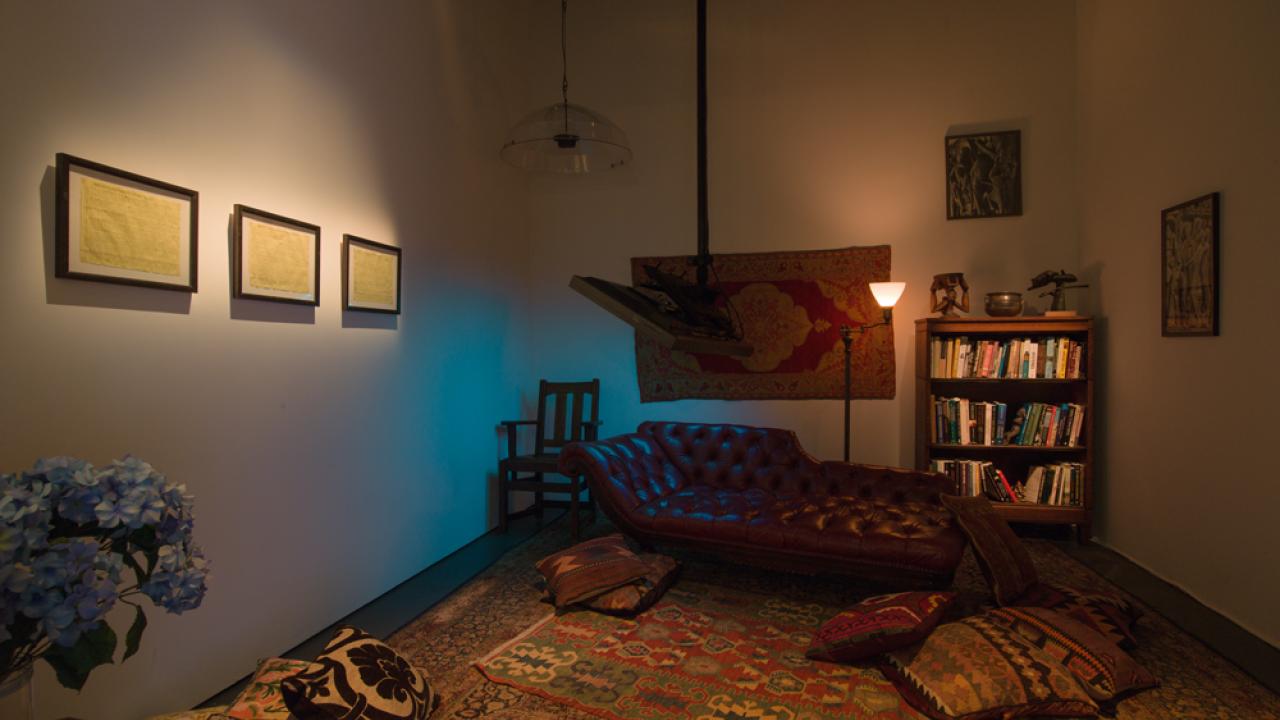 Reviews
From Minimalism into Algorithm 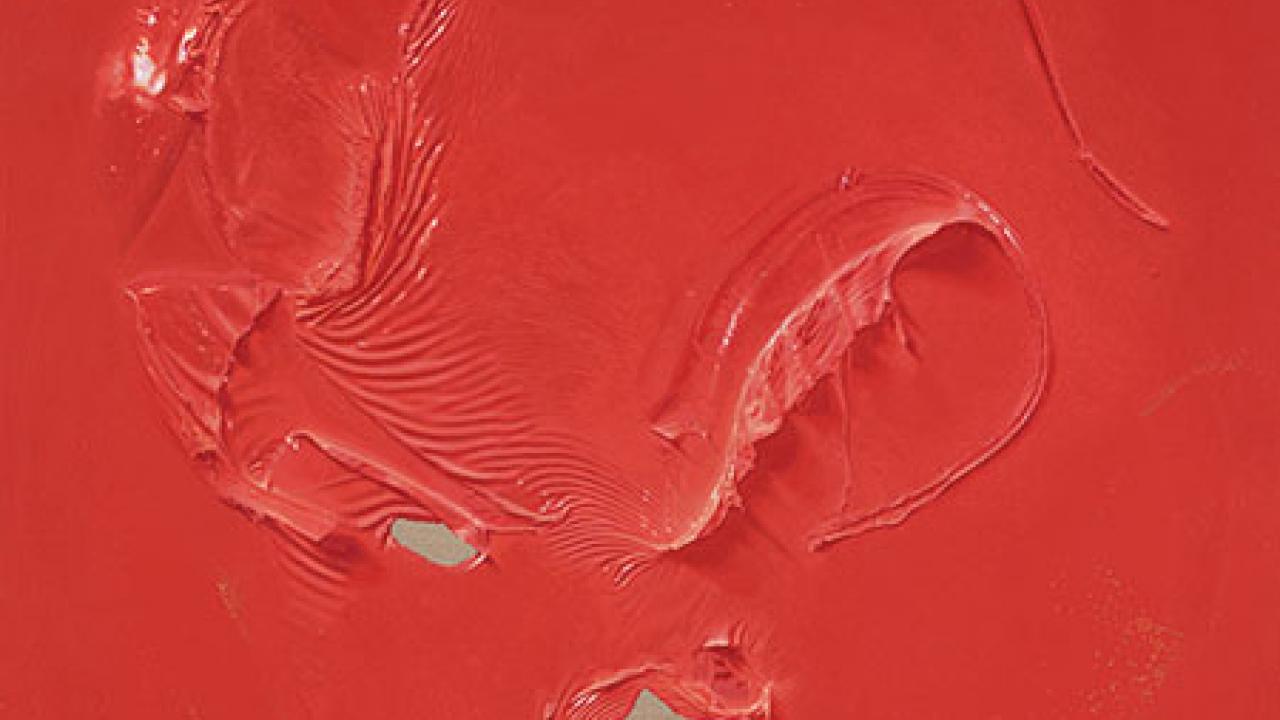 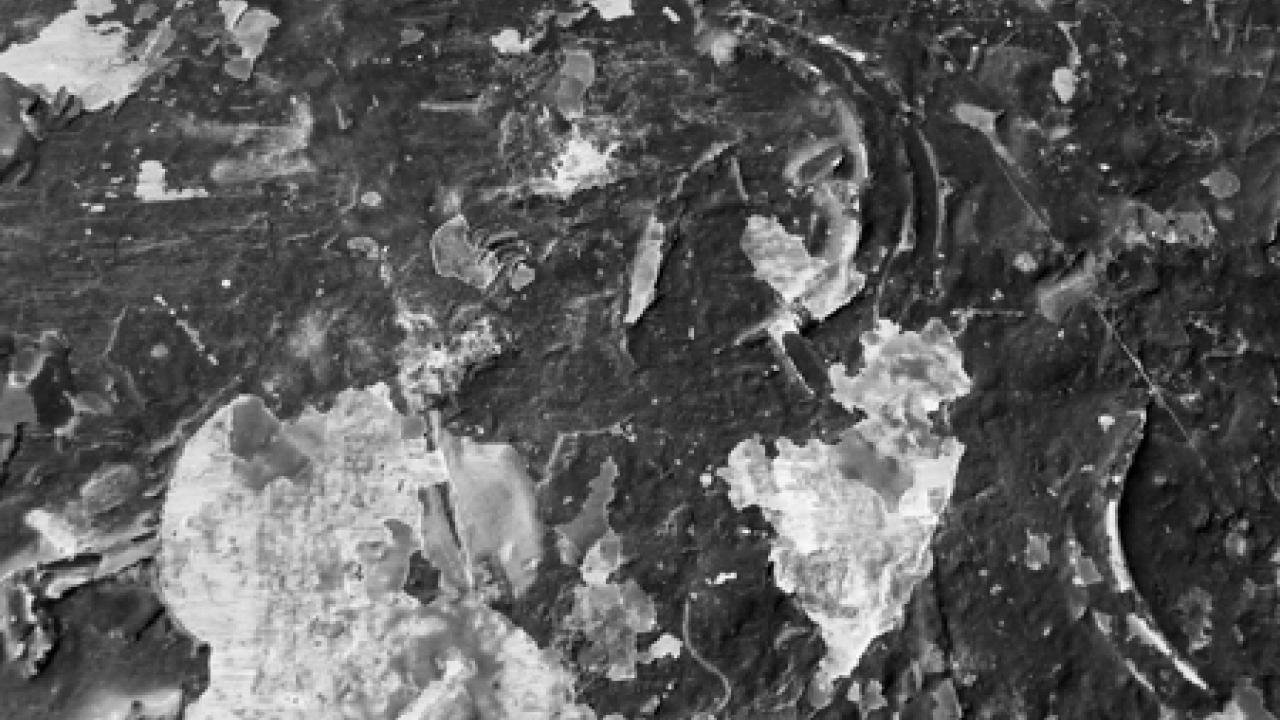