The Strange Case of Rave-Culture Pulp-Fiction

A growing number of filmmakers, musicians and visual artists have begun to revisit the rave and jungle ecologies of the early 1990s 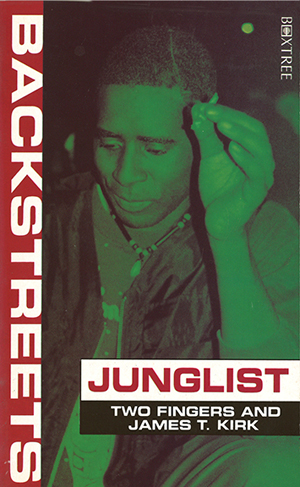 One of the most intriguing speculations in Simon Reynolds’s 2011 book Retromania: Pop Culture’s Addiction to its Own Past is his identification of the 20-year rule of revivals. Citing the popularity of rock ‘n’ roll in the 1970s (Darts, Showaddywaddy, Grease), and the influence of 1960s bands such as The Byrds and The Velvet Underground on a swathe of British independent music during the 1980s, Reynolds suggests that it took two decades for seemingly obsolescent subcultures and scenes to re-emerge as sources of hipster cred, citational touchstones for new artists and objects of intellectual inquiry.

It makes sense, then, that a growing number of filmmakers, musicians and visual artists have begun to revisit the rave and jungle ecologies of the early 1990s. Zomby’s 2008 album Where Were U In ’92? is an ’ardkore revivalist LP made using vintage equipment; the soundtrack to Mark Leckey’s video Fiorucci Made Me Hardcore (1999), which establishes a collagist continuum between Northern Soul and acid house, was recently released on vinyl; Rollo Jackson’s Tape Crackers (2009) is a full-length memory monologue in which happy hardcore fan Michael Finch talks about the pirate-radio recordings he made as a teenager; while Lee Gamble’s Diversions (2012) is a reconfiguration of junglist sonics in which, according to the pan record label’s press release, ‘phantasms of both previous and current musical, pseudo-scientific and sculptural influences are manifest as new material abstractions, created from the digital blank canvas’.

These works are all formally fascinating and conceptually rigorous. It’s strange, though, to see a scene so fierce and so ecstatic, so visceral and humid, being analyzed in the past tense: sounds that once embodied the future are increasingly broached in the language of retrospection, the spirit of séances. But rave didn’t always mean grave. There exists a very different body of work representing this era within the hardcore continuum: the ‘Backstreets’ imprint, produced by the British publishing house Boxtree in the mid-1990s. Amounting to less than ten books – titles included Big Up! (1994), Slackness (1994) and Raise Your Hands (1995) – whose covers typically featured DJs or clubbers in various degrees of keeping-it-real intensity, and whose wafer-thin plots detailed the living-it-large antics of Londoners into ragga, drum‘n’bass and acid house. 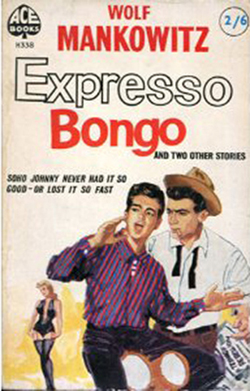 Widely dismissed at the time as youthsploitation, the series was the brainchild of Jake Lingwood, a 20-something editor with a passion for mod (as a teenager he had started the ’zine Smarter Than U, named after a song on The Undertones’ 1979 Teenage Kicks EP). Enthused by the energy of the London club scene, and seeing forms such as jungle not as musical ufos but as the latest expression of a mod aesthetic (a point also made by Kevin Pearce in his masterful and now out-of-print 1993 treatise Something Beginning With O), Lingwood hatched a plan to commission a series of pulpy dispatches from various scenes.

The ‘Backstreets’ series has a lineage of sorts – quota-quickie pop fictions such as Wolf Mankowitz’s Expresso Bongo (1958) and Richard Carlile’s Drummer (1971). According to Lingwood, who now works as non-fiction editor at Random House’s Ebury Publishing division, the biggest inspiration was Richard Allen, the pseudonym of Canadian hack James Moffatt, who churned out dozens of repetitious, prolier-than-thou, bovver-boy paperbacks for the New English Library during the 1970s. The most famous was Skinhead (1970), starring Joe Hawkins, an east London teenager ‘with a feeling for violence and an instinctive bent for creating havoc and resorting to jungle savagery’. Churned out at automatic-writing speed and immensely popular with school-age readers, these books peddle a wog-bashing, rape-heavy realism of the kind that has a Neanderthal, thug-rap appeal.

‘If Richard Allen were doing books today what would they look like?’ Lingwood recalls himself wondering. To this end, he cast about for writers prepared to bash out vaguely workable prose in no more than three months and for an advance of no more than £1,000. One was Geraldine Geraghty, a friend from university; the cover of her Raise Your Hands featured a young woman sitting in a club toilet. (‘We shot it in the grungiest offices we could find: i-D magazine’s offices in Old Street.’) Another was Jonathan Brook (Herbsman, 1995), who’d been playing with various ska bands.

The imprint’s real stars were Two Fingers and James T. Kirk (real names Andrew Green and Eddie Otchere), raised on south London council estates, and joint authors of Junglist, a 1995 novel about a weekend in the lives of young partygoers that begins with the epigraph, ‘Jungle is a headfuck. The sound of a transformer banging its head against a wall,’ and ends with a glossolalic A–Z that recalls nothing so much as a lysergically subaltern take on Molly Bloom’s epic stream of consciousness in James Joyce’s Ulysses (1922): ‘rumblism, rupert, sade, scamming, schott, schwarzenigga, secs, sega, semesterisation …’

Junglist, like most novels in the youthsploitation genre, is equal parts scene manifesto (‘Bass is the vanishing point on the horizon where all black music disappears back to’), how-to manual (one chapter is devoted to the art of rolling the perfect joint) and rites-of-passage chronicle. Its rawness is a function of process – the authors, both jungle fans, hammered out slabs of text straight after coming home from a night’s clubbing – and also Otchere’s passion for graffiti: ‘The graffiti artist was always about the haiku. About trying to find the snappiest one-liner you can, write it as quickly as possible and get the fuck out of there.’ 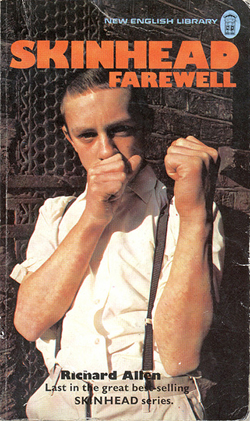 Junglist is unusually funny for its milieu. But what really distinguishes it from Skinhead and even other books in the ‘Backstreets’ series – as well as contemporary re-examinations of its scene – is not so much its value as street sociology or urban documentation as its flights into trippier, more cosmic territory. Chapter names include ‘Fight Gravity’ and ‘Craig’s Obsession: 12 Inches of Plastic in a Quasi-Rotational Plane of Existence and a Parrot’. Another begins: ‘Towards the sky I flew in a surge of tranquillity and found the unlimited existence in the shape of ultramarine.’ It’s a novel closer in spirit to William Blake or Thomas De Quincey than to Dick Hebdige.

‘I didn’t read my first book until after I’d written Junglist,’ claims Otchere. ‘If anything was an influence it was Sun Ra and his LP sleevenotes, his poetry, his wordplay. I wanted to write like a sleevenote. Me and Andrew were also both fans of Star Trek: The Next Generation. Later, I started reading Walter Benjamin on the hashish flâneur and I really felt like, “I’m on that.” That’s my inspiration! I’m with you Walter, I’m with you Gene Roddenberry, I’m with you Sun Ra – let’s just go! Let’s just go! Let’s see where it takes us!’

Junglist, like all the titles Lingwood brought out, sold only modestly. Otchere confesses that he viewed it ‘like a wank in the morning kind of thing – you think nothing of it’. But it has its admirers, notably weird-fiction novelist China Miéville, who has described it as ‘a brilliant neglected text of London gnosis, backstreet Modernism’. Certainly no one since – with the possible exception of grime blogger Luke ‘Heronbone’ Davis – has deployed avant-pulp poetics so successfully to chronicle the capital’s musical undergrounds. There’s probably no audience for a book like Junglist today. Anyone keen to learn about a particular urban subculture is unlikely to turn to fiction, especially since so much insider information can be gleaned from YouTube, chatboards and countless social media sources. Hidden in plain sight, patronized by posterity, simultaneously exemplary and an anomaly within a defunct genre, it fully deserves to be re-exhumed.

Sukhdev Sandhu is an associate professor of English Literature at New York University, USA, where he runs the Colloquium for Unpopular Culture. His publications include Leaving The Factory: Wang Bing’s West of the Tracks (2009) and Night Haunts: A Journey Through The London Night (2007).