In 1985, the Cork Film Festival commissioned a live music and video performance from Caoimhín Breathnach, a reclusive artist from the remote Irish village of Knockvicar. Breathnach’s practice centred on recording ‘subliminal’ footage and audio, then subjecting the resulting films and tapes to extreme forms of physical distress, such as burying or burning. However, the film festival event was scuppered before it even took place. Breathnach’s performance was to include a deranged amalgamation of extreme pornographic footage, occult rituals and clips from two television programmes: Dallas (1978–91) and The Late Late Show (1962–ongoing), the beloved Irish chat show fronted by Gay Byrne for almost 40 years. The proposal incensed the then Bishop of Cloyne, who denounced Breathnach as a ‘deviant and reprobate’, insisting the event – ‘indecent, obscene and highly likely to deprave and debase local society’ – be cancelled. The festival caved under pressure and the artist was never commissioned to perform in public again; he died in obscurity in 2009.

After his death, a staggering archive of notes, footage and performance instructions was discovered in Breathnach’s home. This material formed the basis for a film screening and improvised music performance of his work in 2015, An Gléacht, which loosely translates as ‘lucidity’ or ‘lightness’. The piece has subsequently been performed at the Cork Film Festival and, most recently, at Anthology Film Archives, New York, in autumn 2016. 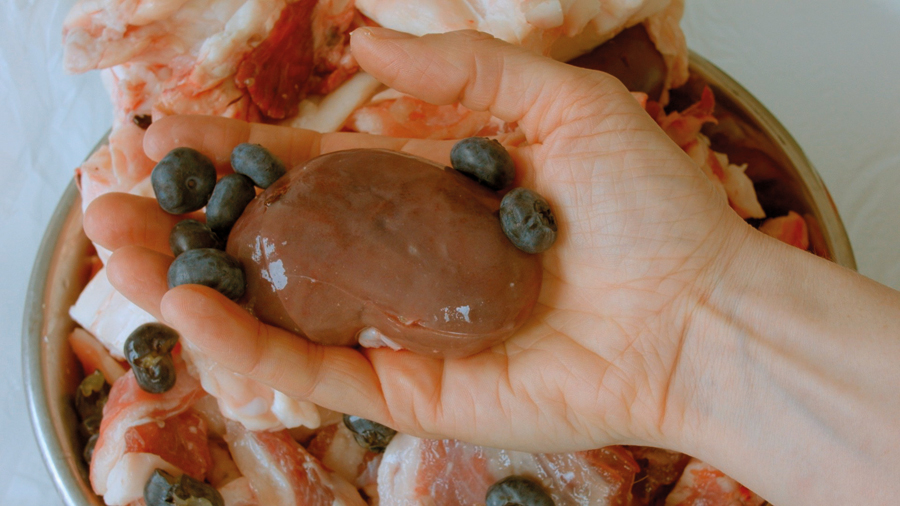 Composer and sound artist Jennifer Walshe is the force behind these performances. She also spearheads the extensive resource Aisteach, the Avant-Garde Archive of Ireland, in which Breathnach’s practice is meticulously documented alongside that of other Irish artistic luminaries. Upon further investigation, however, it transpires that neither Breathnach nor any of the other artists actually existed: they are all the inventions of Walshe.

Walshe’s work as a composer and sound artist draws on a form of cultural consumption that stems from living on the periphery of the metropolis, where you might read and hear about exciting and innovative art forms but lack the opportunities to experience them first hand. ‘I read about LaMonte Young in the newspaper when I was a teenager,’ Walshe recalls. ‘It had a massive impact upon me but I couldn’t access any of the actual music. For years, I thought about what it would sound like, and there’s a whole generation of Irish people that had to really develop their imaginations.’ This capacity for creativity can be traced back through the carnivalesque nightmares of writer Flann O’Brien, the avant-trad, thwarted funk workout of 1980s Anglo-Irish band Stump, and even the crackpot comedy of the 1990s television show Father Ted. This form of imagination, or ‘surruralism’, relies on the remote and wildly contrary Irish countryside as a source of manic invention and anarchic devilment. ‘You have folk horror in the UK, with films such as Penda’s Fen [1974] and The Wicker Man [1973],’ reflects Walshe, ‘but in Ireland, it’s not necessarily horror – it’s Other and magickal and superstitious, because Irish people love that. And you have this weird hybrid in the rural areas: Catholicism grafted onto paganism. Father Ted wouldn’t have worked if it was set in a city.’

Walshe's performances - often primal in their vocal intensity and magnitude - are a hell of a lot of fun.

To accompany each screening of An Gléacht, Walshe leads a rotating crew of improvisational performers, including Panos Ghikas, Nick Roth and M.C. Schmidt, one half of electronic duo Matmos. But the project is also rooted in a collaboration with the Japanese vocalist Tomomi Adachi. ‘When Tomomi was commissioned for An Gléacht, I wanted him to do something inspired by the 1920s Japanese art movement, mavo. He then asked me to reciprocate, so I devised a ten-minute performance on Irish dada, with lectures, slides and short musical pieces. For inspiration, I thought back to when I was 15 and reading about LaMonte Young: how I wanted his music to be weird in a way I couldn’t even predict. I started trying out different things using Irish-language rules of pronunciation and seeing how that affected sound poetry.’

One of the problems with such conceptually dense compositions is that, frequently, the concept can ultimately super­sede the execution. But Walshe’s performances – often primal in their vocal intensity and magnitude – are a hell of a lot of fun. While admitting she wanted the film component of An Gléacht to resemble something directed by an Irish, asexual Kenneth Anger, Walshe’s performances and her Aisteach project have reached a broad range of communities, many of whom wouldn’t traditionally be associated with improvisational music. Additionally, a number of the Aisteach texts are due to be included in a forthcoming compendium of contemporary Irish literature.

While such categorization of these works has surprised Walshe and her Aisteach collaborators, she also tentatively references the (over-)usage of terms such as dadaist, surrealist and fluxus to describe anything slightly absurd or that, perhaps, contains marginally odd text: the concepts have become interchangeable and borderline meaningless. ‘It made me wonder: what was it about these terms, especially dadaism, that I thought was great? And I thought of the comedian Vic Reeves and how he was referred to as a dadaist in the late 1980s and early ’90s. I had this sense that there should be an Irish dada and that it had to be called Historical Documents of the Irish Avant Garde Volume 1: Dada. This was very clear in my mind.’

In 2016, Walshe released a new album, ALL THE MANY PEOPLS (a title she has used for several other projects), whose references range from Amazon message boards about vampire physiology and the cult Irish martial arts film Fatal Deviation (1998) to August Strindberg, Nietzsche and The Public Enemy, a 1931 film starring James Cagney. This bricolage of sources ‘constitutes its own cultural argument’, according to the liner notes by musician and academic Drew Daniel, also of Matmos; yet, the album is also very much a complementary work to the Aisteach project. ALL THE MANY PEOPLS is teeming with sonic and textual detritus from the internet and is ‘everything you’re supposed to hate about being alive at the moment’. The vocals-driven album deconstructs and reconstructs the internet’s infinite vortex of information overload. Deliberately overwhelming, it may seem like a million acres away from the comparatively joyous – if occasionally poignant – portrayals of rural Irish avant-garde roguery in the world inhabited by Breathnach and his fellow Aisteach visionaries. But creating such a dichotomy between the two does a disservice to Walshe’s overreaching vision: if ALL THE MANY PEOPLS serves as a sharp critique of our Google search histories, Aisteach is the flattering Instagram filter for an imaginary vanguard past.

All images: Jennifer Walshe and Caoimhín Breathnach, An Gléacht, 2015. Courtesy: the artists.

Colm McAuliffe is a writer and film curator based in London, UK.