BY Nicolas Bourriaud in Features | 09 JAN 19

Nicolas Bourriaud on the Artist as a Translator Between Worlds

‘In this era of social violence and the return of the irrational, has the interhuman sphere become, paradoxically, obsolete?’

What has changed in the art world since the first issue of frieze in 1991? The exponential growth of exhibitions, of biennials, of artists, of curators, of galleries, of museums. As for movement, the world seems to have reversed. At the beginning of the 1990s, we were part of an expansion: the Berlin Wall came down in 1989 and globalization opened up new artistic territories. Now, walls are being built every day. We live in an era of chaos. It’s a dense period, one in which dynamism is more and more fenced in; a time of productive whirlwinds that are weakened by their confinement in multiple little boxes.

The cover of the pilot issue of frieze – May 1991 – was an image of a butterfly by Damien Hirst. Its wings, of course, symbolize movement. (Think of Edward Lorenz’s famous question in 1972: ‘Does the flap of a butterfly’s wings in Brazil set off a tornado in Texas?’) But, to my mind, they also embody the relationship between the artist and the art critic (or the curator – I have never succeeded in disassociating these two roles). How can we interpret, or make sense of, a butterfly’s wings? It’s a question that recalls Henry James’s novella The Figure in the Carpet (1896), which involves an obsessive narrator attempting, and failing, to uncover the meaning in a writer’s works. Submerged in chaos, confronted by today’s plethoric production, how can we locate regular forms or meaning in images? There have been waves, crazes, currents. We have buzzwords, trends, retweets. The history of art was once aquatic; now, it is cellular.

In ‘The Other Side’, a text that appeared in frieze in 2007, Lars Bang Larsen analyzes the occultist vogue in art following the attack on the Twin Towers: ‘The period since 9/11 is, perhaps, the first moment in history since the Vietnam War that harbours a global sense of tragedy […] This might also explain why so many artists have been turning to the unseen as a means of short-circuiting the spectacle.’ From the beginning of the 2000s, the cultural climate seems to have deserted conviviality, both in production and in the sense of togetherness that characterized the 1990s. In this era of social violence and the return of the irrational, has the interhuman sphere become, paradoxically, obsolete? The Anthropocene, a geological phenomenon that symbolizes a collective conscience taking hold, drives us towards the recognition of life forms other than our own: the most important artists of our era are moving towards a choral art, a polyvocal one, which sparks or orchestrates traces that stem from multiple sources. Objects, minerals, animals, robots, artificial intelligence, human beings, plants … Nature? Culture? Outmoded notions. We are moving towards an amplified humanism, one in which the human being is no longer central – and in which the artist acts as a translator between worlds.

Nicolas Bourriaud is a curator, critic and founding director of MO.CO Montpellier Contemporain. In 2019, he curated the 16th Istanbul Biennial, ‘The Seventh Continent’. His most recent publications include Formes et trajets I & II (Les Presses du reel, 2018) and The Exform (Verso, 2016). 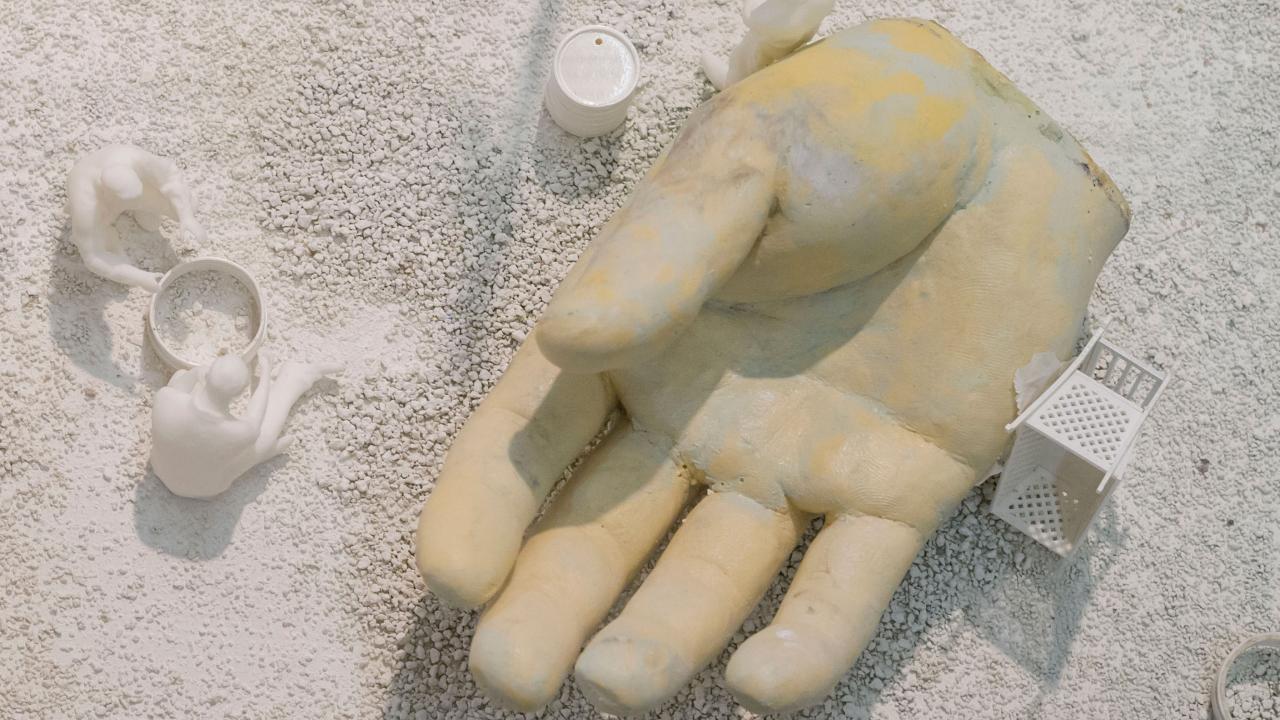 Should art explain, solve or soothe? In ‘The Seventh Continent’, answers are thin on the ground