How to Write about Africa

It is nearly a decade since the Kenyan writer and humourist Binyavanga Wainaina published his snarky invective against cliché in a 2005 issue of Granta. Titled ‘How to Write about Africa’, his mocking essay is the most widely circulated article in the magazine’s history and remains a touchstone for European arts administrators trying to avoid the tag ‘aid worker’. Wainaina’s piece is essentially taxonomic: it catalogues the stock tropes in white writing about Africa after Rider Haggard and Rudyard Kipling, pioneers of muggy fictions that trapped the continent between desire and fact. ‘Animals’, offers Wainaina, ‘must be treated as well-rounded, complex characters.’

In a recent essay in the South African newspaper The Chimurenga Chronic, Akin Adesokan, a Nigerian essayist and novelist, described Wainaina’s rhetorical style as ‘selfcongratulatory’. Njabulo Ndebele, a luminous South African critic and author of immanent short fictions, is more incisive. ‘The writer of indictment,’ wrote Ndebele in his 1984 essay ‘Turkish Tales and Some Thoughts on South African Fiction’, ‘soon gives himself up to dealing with oppressive negation on its own terms’. In other words: deflecting caricature tends to reiterate its distortion. ‘The demands of the craft of fiction’, offered Ndebele, ‘are that a writer has to have a more than casual view of the relationship between fiction and society, or between artistic information and social information.’

I re-read Ndebele’s essay recently, after I was invited to speak in Berlin by the German Federal Cultural Foundation. My brief: how to write about and discuss Africa. Shortly after receiving the invitation, I saw that Ndebele had been asked to do the same, albeit at this year’s South African Book Fair in Cape Town. ‘How has writing about Africa changed?’ asked poet and scholar Harry Garuba, kicking-off Ndebele’s elegant musing on the project of freedom across Africa. ‘A lot,’ responded Ndebele. During their subsequent exchange, Garuba name-checked Wainaina, also the Nigerian novelist Chimamanda Ngozi Adichie, whose 2009 TED Talk – an unpretentious cautionary tale against buying into the ‘single story of catastrophe’ in Africa – forms part of an ersatz canon of improvisatory post-2000 texts about African writing.

Ndebele didn’t spend much time on them, nor on the gifted Lagosian writer Teju Cole. ‘Do Africans feel free in the world today?’ wondered Ndebele out loud. ‘I suspect they don’t. We have not asserted the sense of being free inside. It is a very delicate existential thing.’ Ndebele was asked why he wrote in English, not in his native Zulu. ‘I am fully aware of the importance of African languages,’ he responded, ‘but giving up English means giving up a certain power that has consequences.’ In private, I asked him whether he felt awkward engaging a question that blithely maps metaphor and fact, geography and fiction? ‘A little,’ he smiled from behind a stack of copies of his lithe piece of ficto-criticism, The Cry of Winnie Mandela (2003).

Two things struck me about his response: the books and Ndebele’s smile. Publishing is an exercise in realpolitik; book sales and big ideas are coeval – even in Africa. Smiles are less easily approached, something observed by both Lafcadio Hearn and Roland Barthes. Of course, Ndebele would point out that Hearn and Barthes, who both anatomized the Japanese smile, were trying to explain otherness. The pleasure of watching Adichie’s speech or reading Wainana’s shtick derives from a simple fact: they own their stories. ‘They don’t need to be explained,’ as Ndebele put it. But here I am. Explaining.

And there I was in Berlin, explaining things to a group of people who think of themselves as archivists or painters or dancers from Dakar, Lilongwe and Paris, not as Africans from Africa. As one listener remarked: ‘The question of how to discuss Africa is mouldy and archaeological, a specimen from a bygone era.’ It is also an example of what Alfred Hitchcock called the MacGuffin – an inconsequential plot trigger that should prompt more determined questions. Like how to render life in Harare, Kinshasa and Tripoli.

Speaking with Hari Kunzru in 2011, Hisham Matar – an exiled Libyan novelist who has lived in Cairo, London, Nairobi and New York – remarked on the sense of guilt he feels at not writing in Arabic. Matar book-ended this with a series of incisive questions. How do you create art under conditions of compromise and constraint? How do you remain incredibly eloquent and incredibly calm? I don’t know. Speculatively, by recovering the difficult simplicity of the everyday or, as Ndebele put it three decades ago, by rediscovering the ordinary, its fragile existence in an increasingly miniaturized data-driven world. 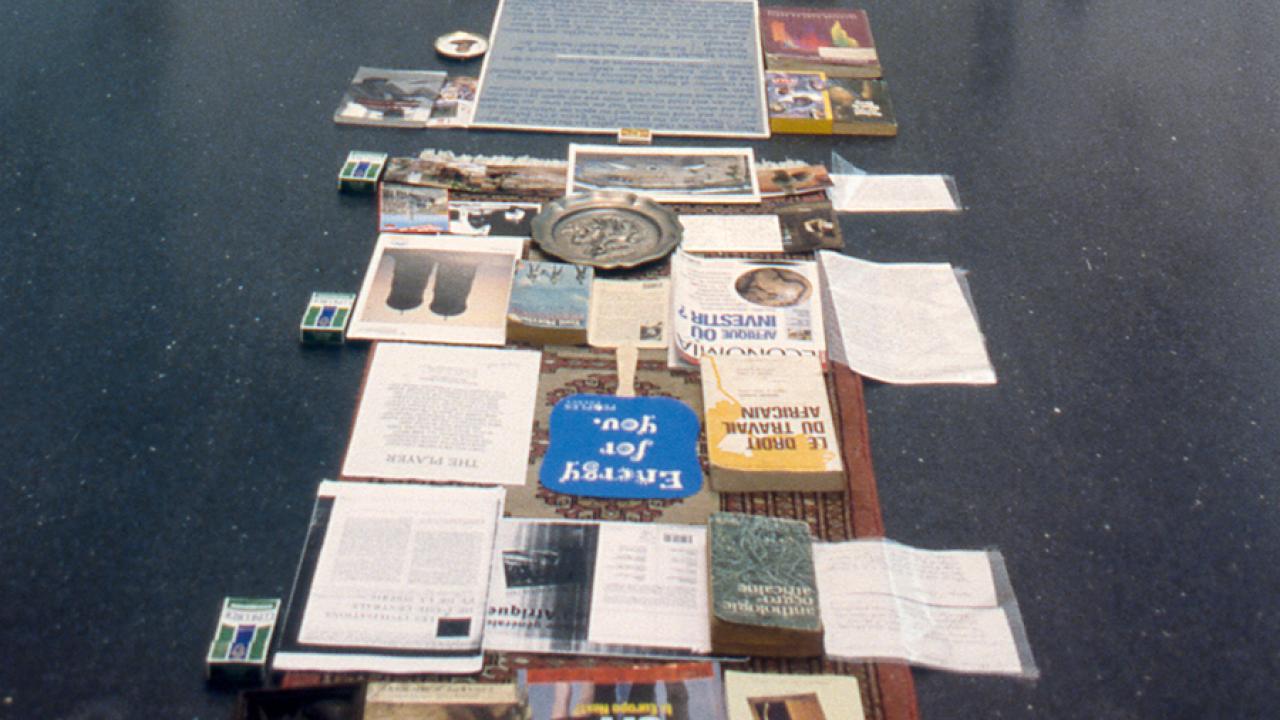 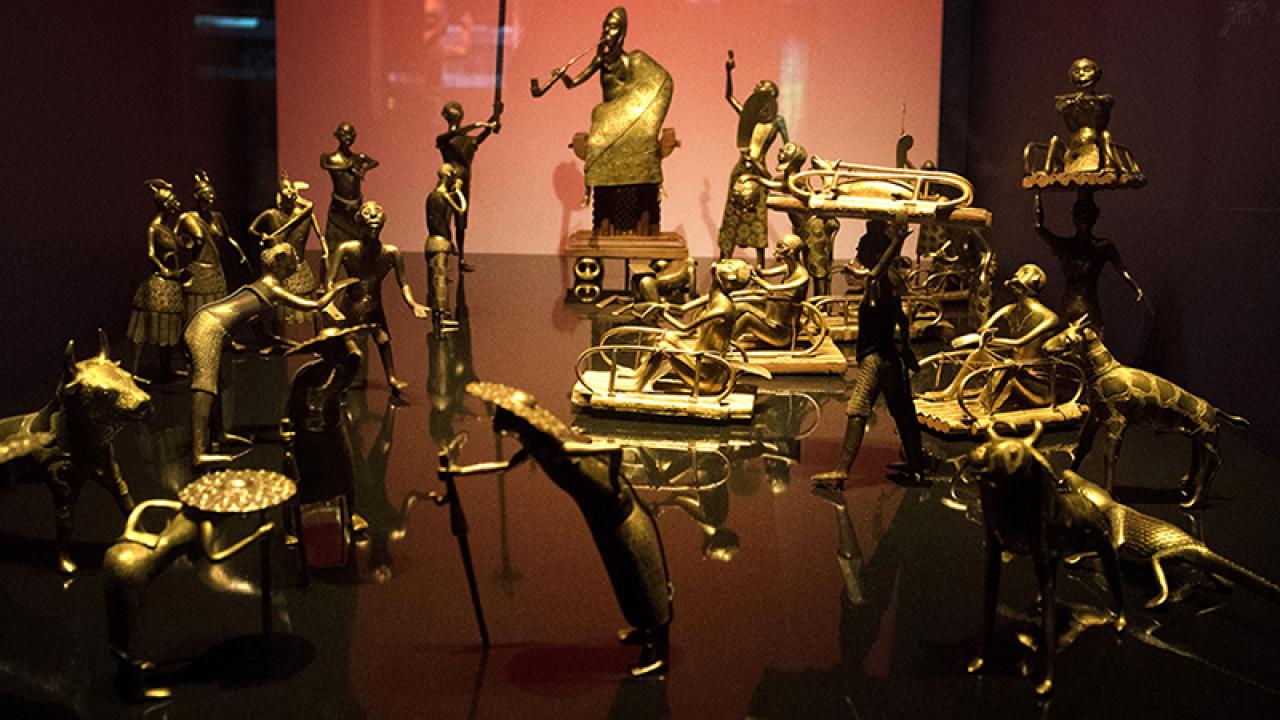 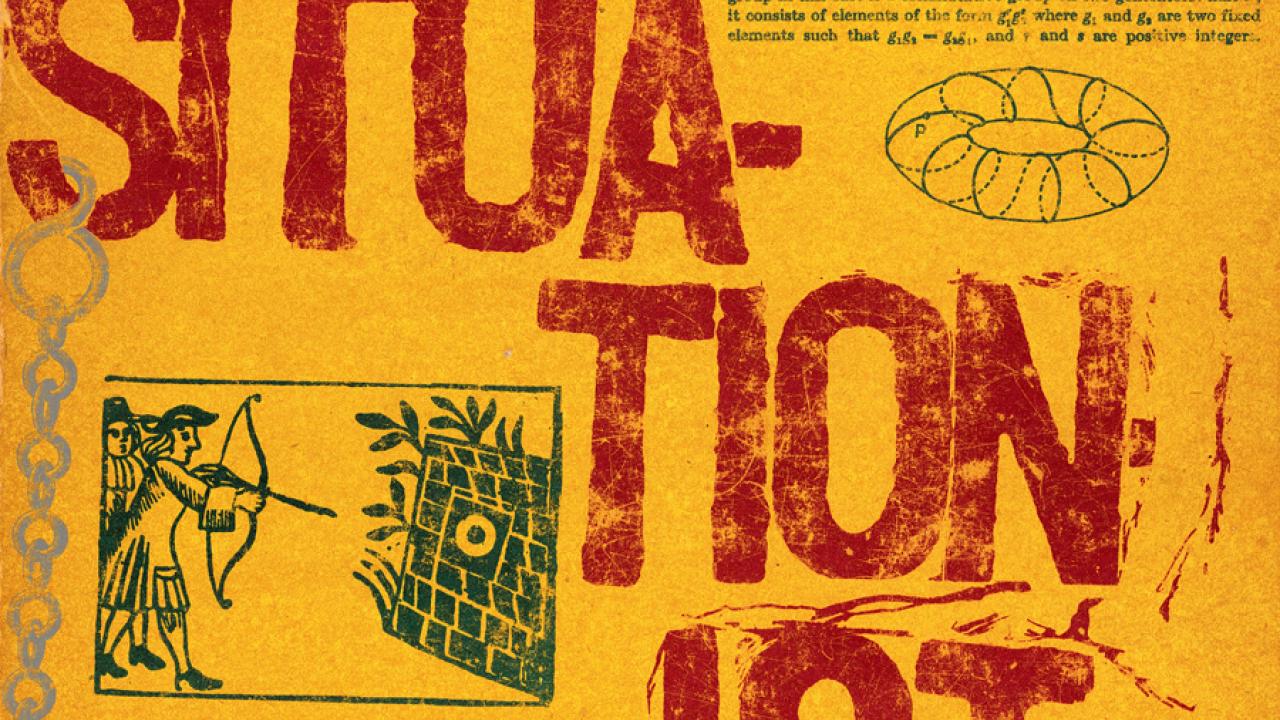 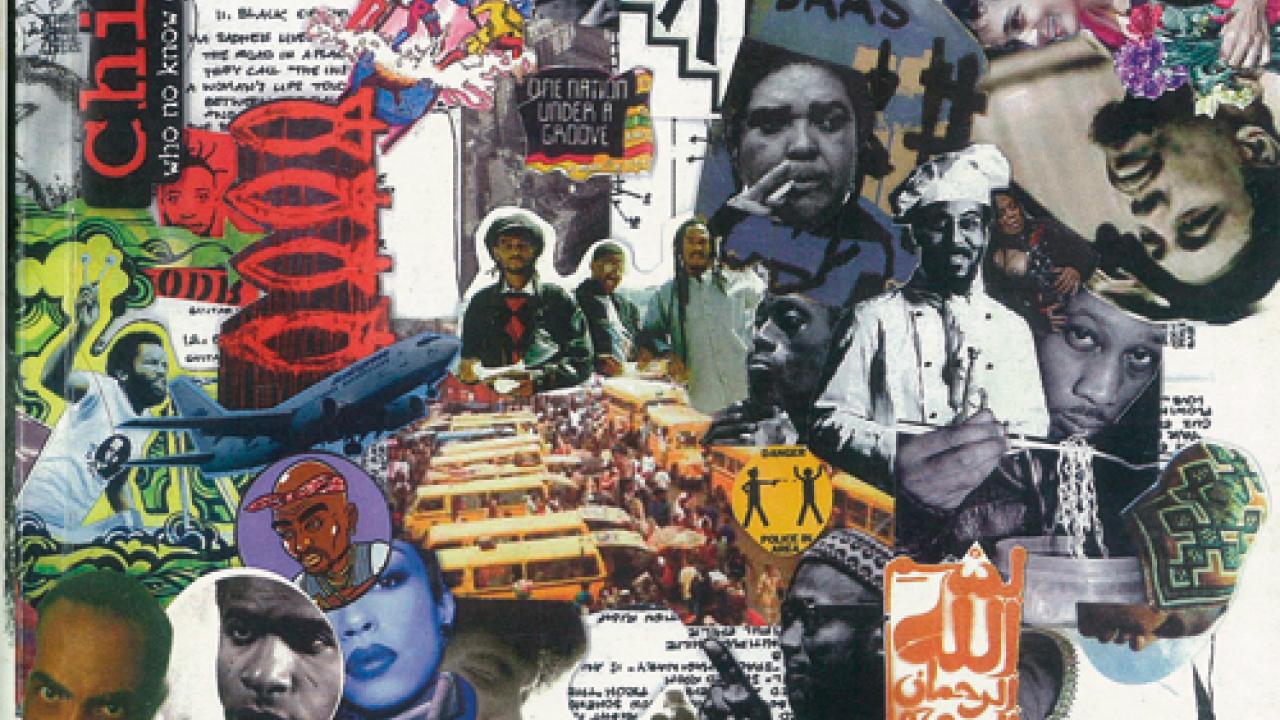 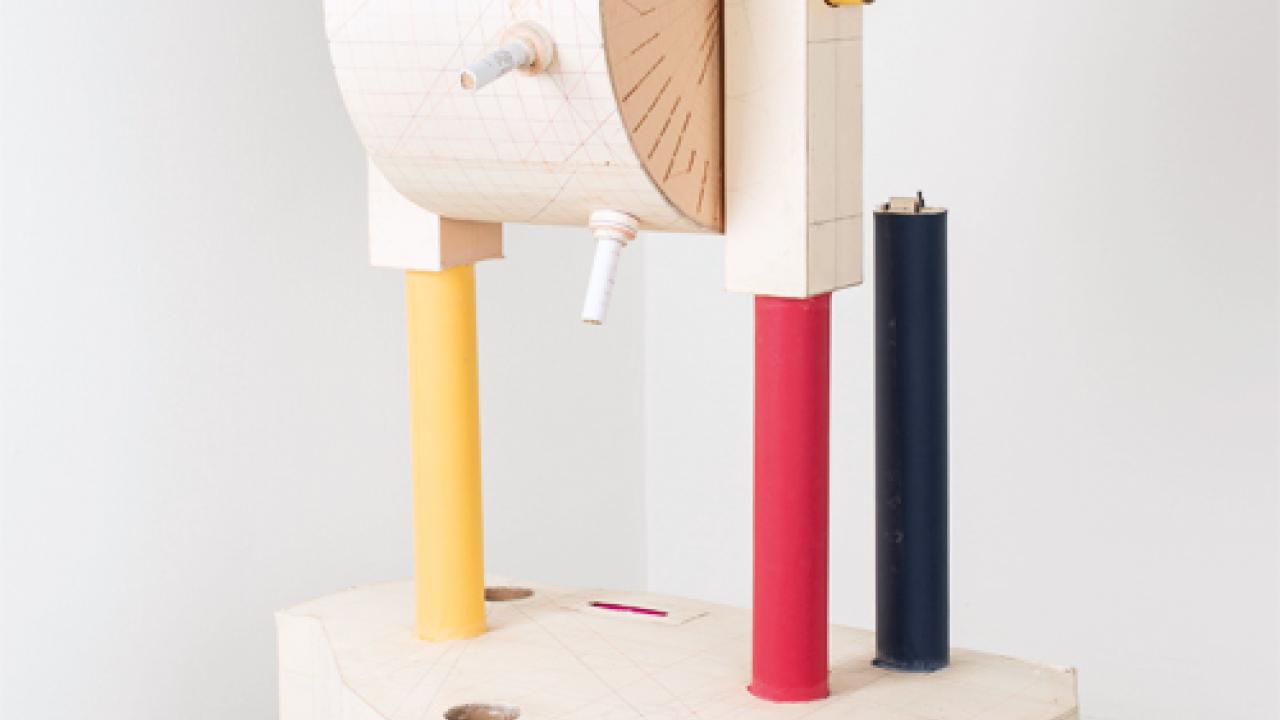 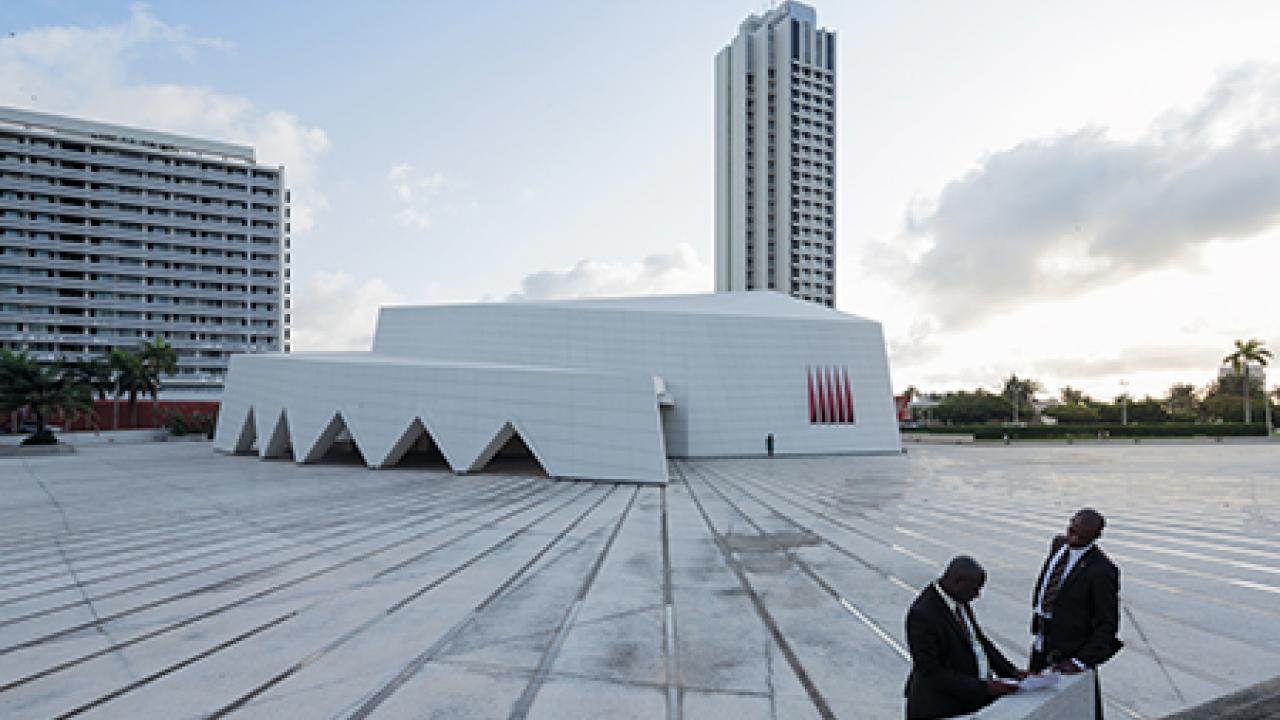 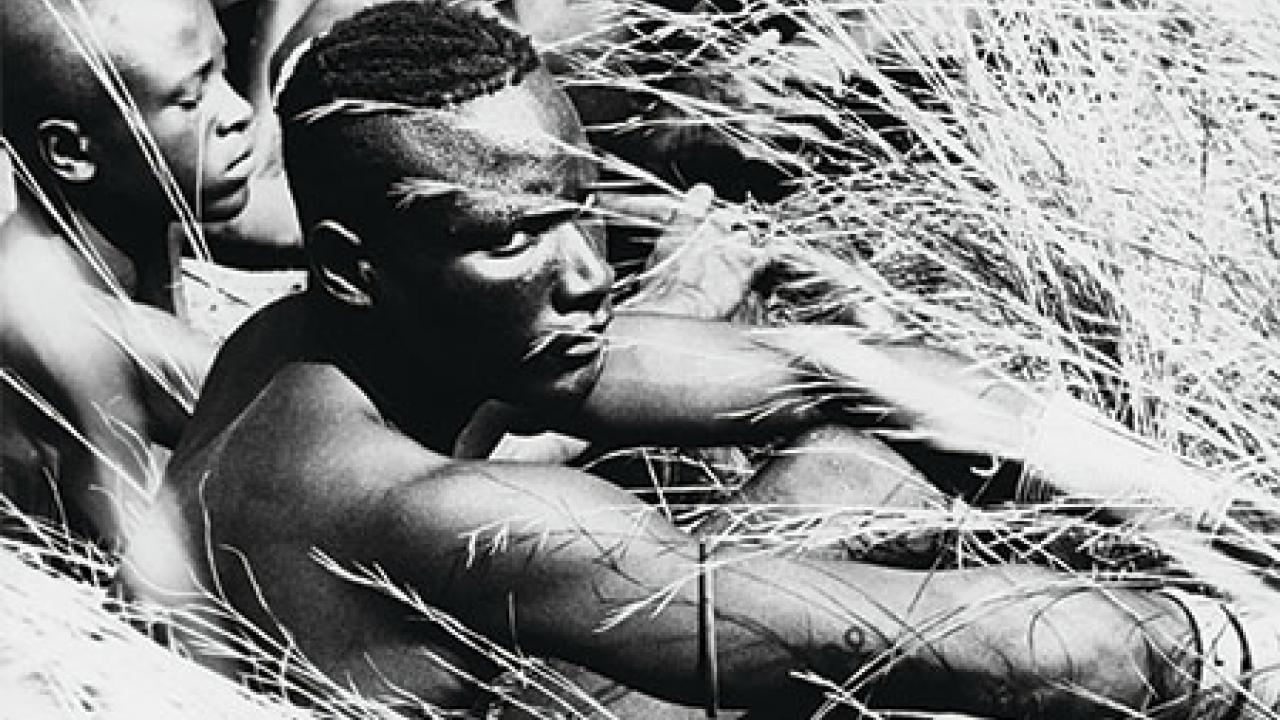 The role of the village in perceptions of Africa