Paul B. Preciado’s New Book Longs for a World that May Never Come

Paul B. Preciado’s An Apartment on Uranus (translated from the French by Charlotte Mandell) opens with a letter to the author from his friend and ex-partner, the novelist and filmmaker Virginie Despentes, continuing a relationship first encountered in his 2008 essay Testo Junkie. The foreword is dedicated to what it might mean to continue to ‘live in the words’ of someone you once loved, and perhaps still do, ‘of not losing the thread of [their] thinking’. Despentes’s introduction, as well as Preciado’s essays, are heavy with the political upheavals that have shrouded Preciado’s writing: anti-gay marriage demonstrations; Brazil’s only openly gay politician, Jean Wyllys, announcing his resignation in fear for his life; the Catalonian independence movement; the rise of neo-fascism in Europe; discrimination against queer and trans children; sex work; the game Candy Crush; the commodification of the uterus; and the ‘colonial, capitalist epistemologies that privilege sexual practices of reproduction of life’.

Preciado’s contiguous mapping of (biopolitical) intimacy and neo-colonial constructions of borders and nation states throughout An Apartment on Uranus may be contentious; is it potentially simplistic to straightforwardly map the transitions of gender upon the geopolitical shifts of border crossing? However, it is Preciado’s subtle explorations of these ideas that disavow any simple elisions between the two. Instead, Preciado longs for a world beyond the dominant sexual, gendered and racialized structures that underpin the neo-colonial contemporary moment. And, truthfully, I am willing to fall for the book’s project, which contends that there is something crucial between the immediate intimacy of our personal sufferings and the wider geopolitical violence beyond our own worlds.

Despentes’s foreword is fitting: An Apartment on Uranus is a book about horizons, possibilities, love, desire and alternate spaces of gender-dwelling, written in a time, as she puts it, ‘that has not yet arrived’. Despentes gestures towards how Preciado ‘outline[s] a coherent skyline’, and how this is a story both of his ‘transition’ and of ‘your transitions’. In the essays, Preciado discusses borders of every kind – geographical, political, social, corporeal. While An Apartment on Uranus is foremost a memoir, it doesn’t eschew theory, with Preciado mobilizing the idea of ‘Uranism’, a concept coined by Karl Heinrich Ulrichs in 1864 to define a ‘third sex’. As such, Preciado writes that his ‘trans condition’ is a new form of ‘Uranism’; he is a ‘dissident of the sex-gender system’. Preciado’s gender transition is ‘a journey marked by many borders’, including losing his status as a ‘legal citizen’, and having to adapt to political contexts ‘that required a rapid re-feminization’. Preciado passes through cities, alone and deracinated, trying to learn what it might mean to fall in love with a place.

In one letter, he writes: ‘It is not by chance that the first [magazine] column signed with my new name is the one dated 16 January 2015 [the date that President of the Generalitat of Catalonia announced that elections for the Catalan regional parliament would be held on 27 September]. This column speaks of another crossing, the ‘process’ that could lead to an independent Catalonia.’ Preciado’s own transitions address larger geopolitical shifts and a discomfort – that instils a need for constant travel – about not knowing which cities to reside in. This nomadic unease, which is fragile and incessant, speaks to a wider disquiet about how we can exist within the frameworks of transsexuality, heterosexuality, homosexuality: ‘If the hetero-patriarchal system of sexual difference is the scientific region of the West, then changing one’s sex can be nothing other than an act of heresy.’

Over the last few months I have occupied that specific heavy, eviscerating post-break-up fog, during which time, An Apartment on Uranus has been a useful manual. In the middle of the book, Preciado’s own break-up with Despentes occurs, which – although it is never explicitly referenced – prickles upon the pages through Preciado’s quiet allusion. It has been comforting reading his logic behind ‘love as death drive’; he writes that ‘we live with the naïve belief that our bodies belong to us, that they are our most intimate property’. An Apartment on Uranus forces us to remember that our intimacies with ourselves and others, our bodies, even our pleasure – our love affairs – are not distinct from, or untouched by, the biopolitical worlds we exist in.

In the chapter titled ‘Statistics are Stronger than Love’, Preciado writes: ‘a statistical chart of the annual chances for couples breaking up could be compiled from all the published statistics about couples, families and their love – and sex – lives. A statistical chart that measures catastrophe.’ It is strangely heartening to know that ‘your future break-up’ is already ‘codified in this graph’. Preciado calculates that he was happy ‘93 percent of the time with her’ and that, overall, ‘our couple, an enormity of perversion according to heterocentric psychology, falls exactly within the norm’. In times of pain, it can be helpful to reduce feelings to the quantifiable, to the insipidly predictable.

The following chapter sees Preciado ‘suffering from the performative force’ of his ‘own speech acts’. Questioning whether it is possible to love beyond convention, he writes that he is ‘ashamed of loving’, ‘ashamed of the congruence between life and writing’. Like the performative speech act, Preciado has willed his break-up into existence. Chapters like these might arguably seem less relevant than those that, for example, take on neo-fascism. However, it is in such moments that the performative logic of the book does its most important work. How do we abandon convention? How can we resist the biopolitical structures we are inevitably enmeshed within? How do we exist outside of the mundane Western, colonial epistemological categories of gender, race and sex?

Bryony White is a PhD candidate at King’s College London, where she is writing about performance and the law. In 2019, she was shortlisted for the Fitzcarraldo Editions Essay Prize, and she has written for frieze, LA Review of Books, Artmonthly and the TLS. She co-edits the Tinyletter, close.

Books , Reviews
‘Everyone is Female and Everyone Hates It’: Andrea Long Chu’s Theory of Desire 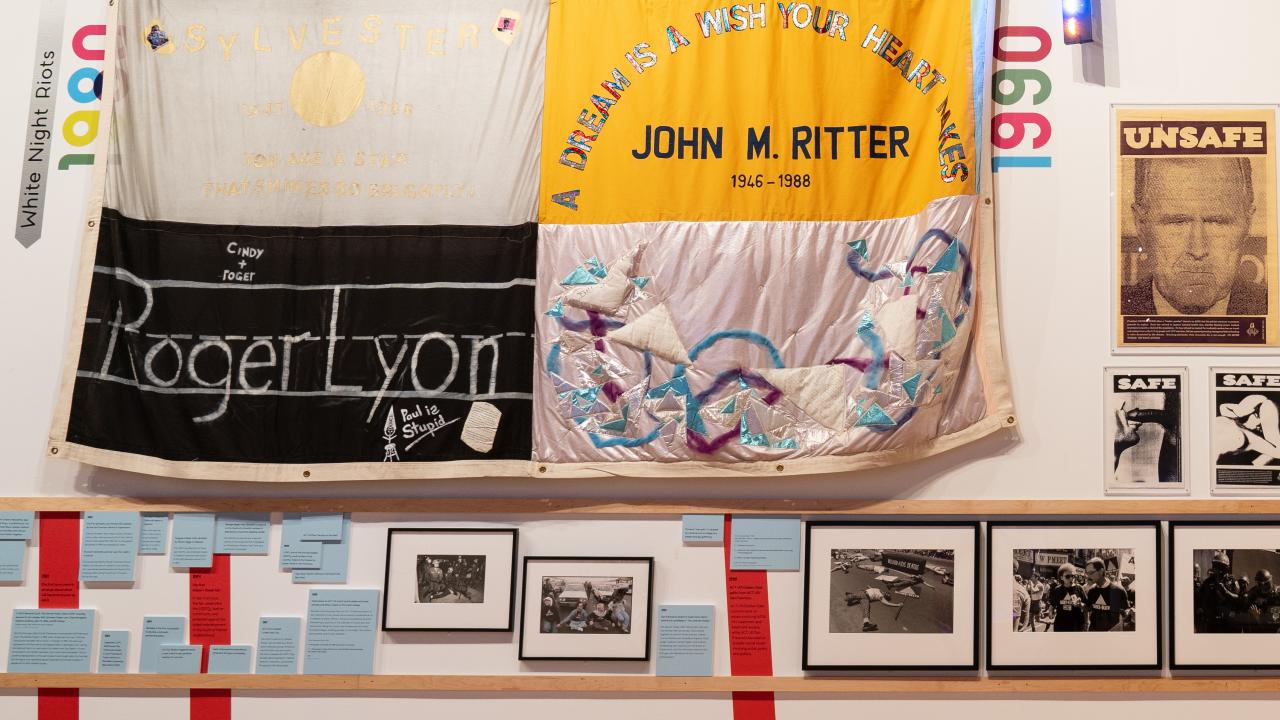 Reviews , US Reviews
The Untold Queer History of California

Vital indigenous perspectives are highlighted in an exhibition of art and activism at the Oakland Museum, which spans the state’s colonial past to the present