The enduring intensity of Agnes Martin and an H&M advertising campaign: the London-based artist shares her Portfolio 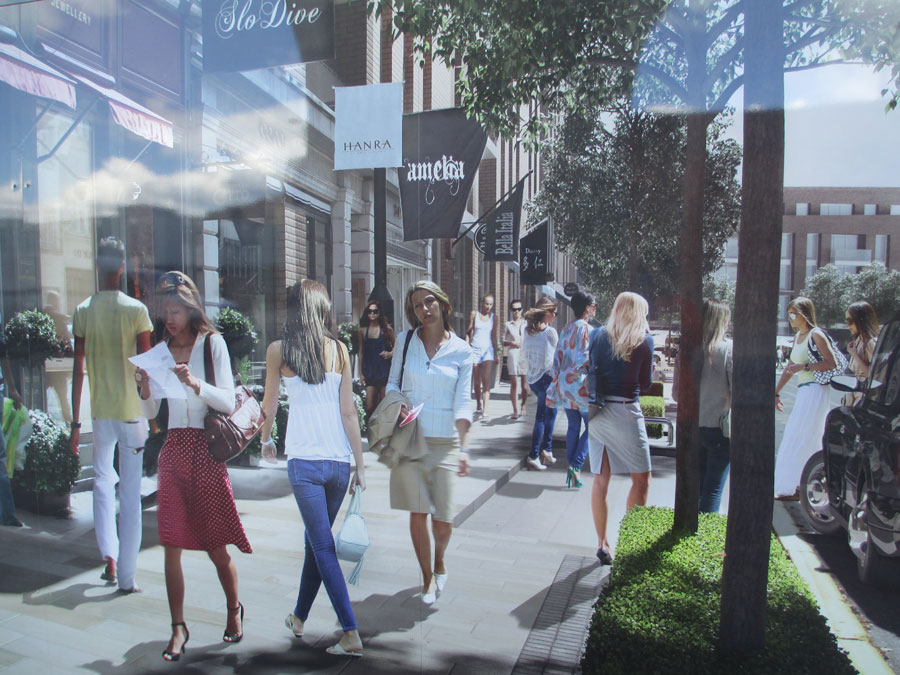 ‘The Vision is Evolving’

This is a photo of a section of hoarding in Silvertown in East London. Just before I came across it, I’d passed another, standing next to a half-demolished council estate. It read, in huge black and red letters, ‘The Vision is Evolving’. This board seems to be picturing whatever that vision is. I guess I was drawn to it because even its own protagonist seems ill at ease as she strolls down an almost completely ethnically cleansed world, one totally delineated by shopping. 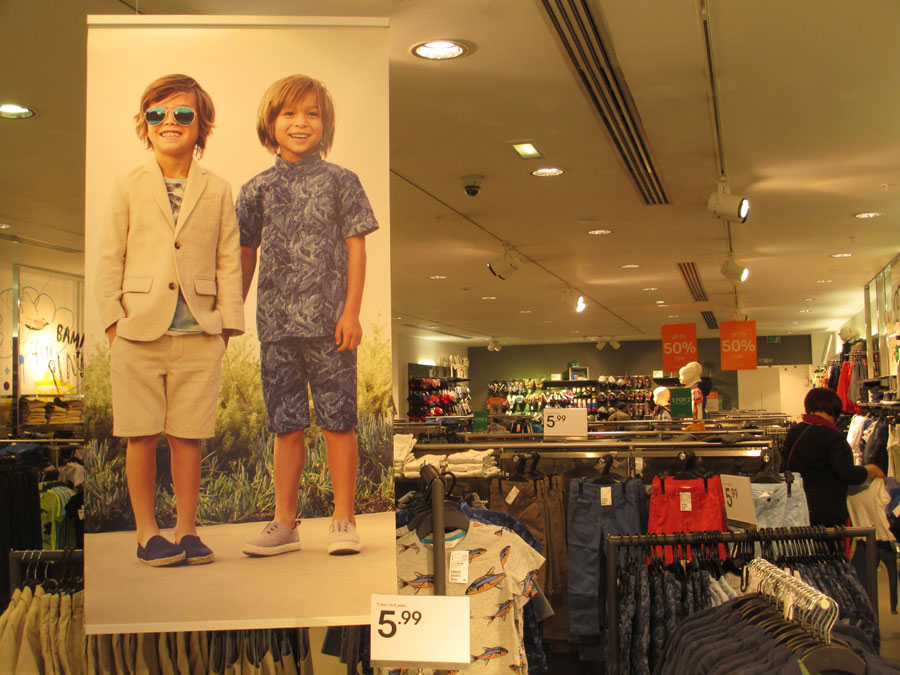 I took this photo in H&M. It’s another image/idea of cosmopolitanism that functions instantaneously as both branding and decor. There’s something about the way the clothes sit on the children that amplifies the feeling of them being dressed as adults, by adults. Or by their ideology … They are like little cops in the making.

This is from Jay Pride's (AKA Josephine Pryde’s) Hard Mag assignment, ‘Cubicles’, from 2005. For the project, Pride bought a bag of sea creatures from Selfridges and then proceeded to hang them around or dump them on the floor of various high-street clothes shop changing rooms. They’re funny and acerbic and there’s a visceral quality to them, one that works a bit like onomatopoeia in that they do the thing they say. It stopped me in my tracks when I first saw the photographs a few years ago.

It was difficult to choose which Agnes Martin painting to include. In general, what I like about her work is how it asserts presence, or an intense but also extremely careful feeling of being alive, without ever trying to dominate. 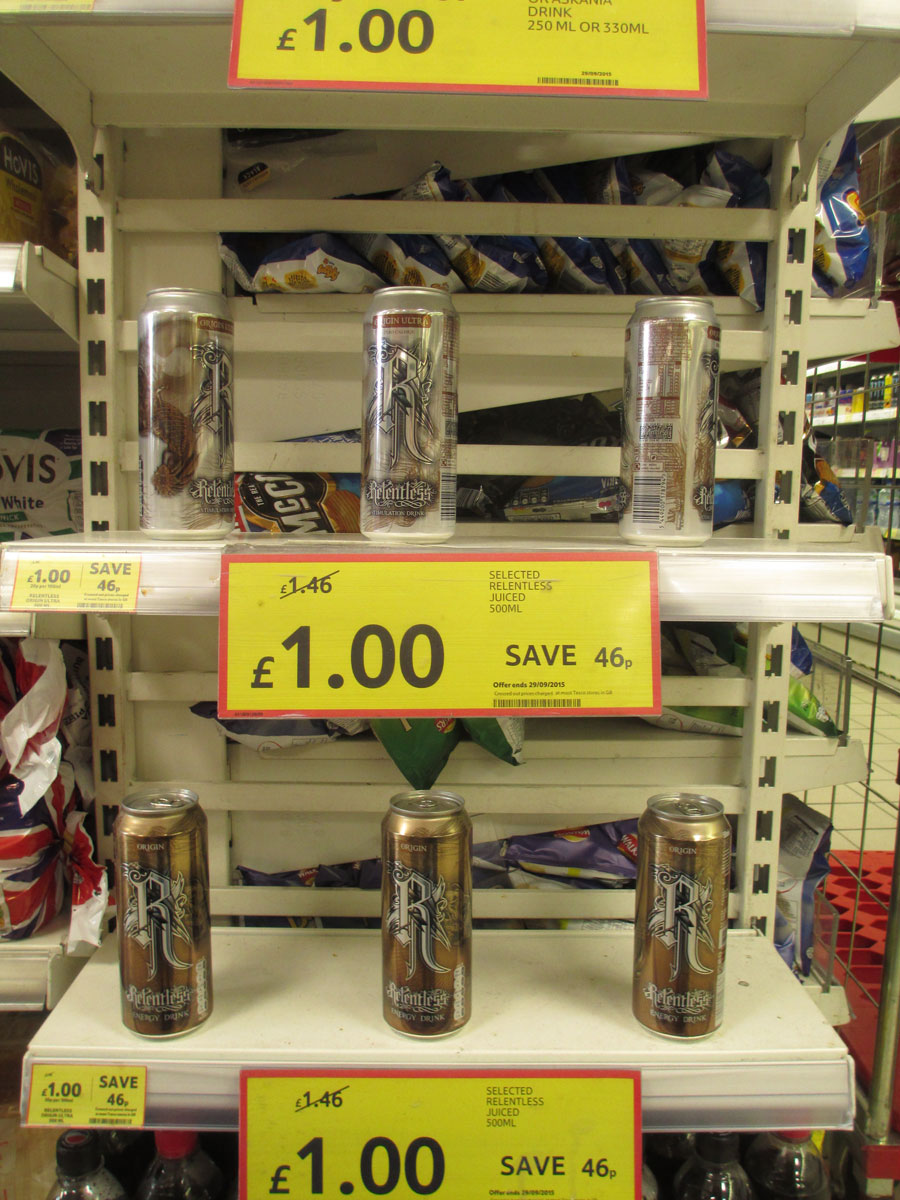 I often take pictures of products on shelves. They present thresholds or points of interface. When I took this one, I’d been thinking about both Pop and Jeff Koons’s ‘Celebration’ series, and wondering how I might take the celebration bit out of the equation. I like the visible sense that someone has been there, and the desperation that the display shows as it comes up against this.

Nicolas made these for an art fair in 2014 – figures stenciled onto ready primed canvas. The bleak economy of how he made them adds to the general pathos, and I like the word play in the title too. 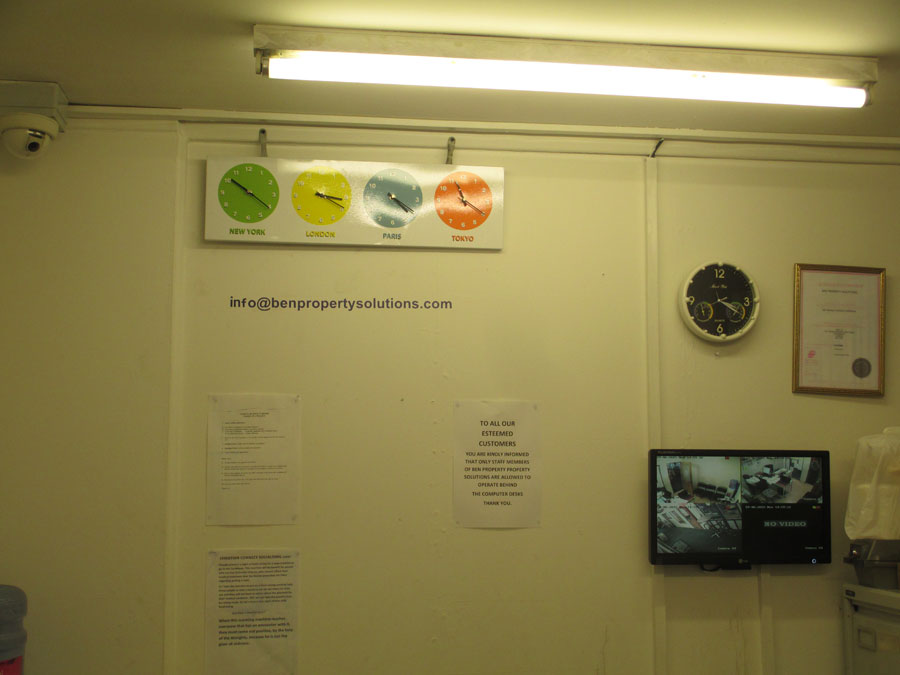 This is a photo I took in the office of an estate agent. The world clock has become another go-to for communicating that a certain type of branding and cosmopolitanism has taken place. It’s quite destabilizing too, being in one place and being faced with the idea of all the other ones. It emits a certain pressure that’s a bit imposing: it’s telling us that we should somehow be moving or being dynamic, or at least thinking about it.

Gili Tal (b.1983) is an artist who lives and works in London. Her current solo show, 'Roaming', at Jenny's, LA, runs until 3 September. Later this year, she will be participating in 'Object(ed): Shaping Sculpture in Contemporary Art', Utah Museum of Contemporary Art, which runs 26 August – 17 December, and will be the subject of a solo exhibition at Goton, Paris, which opens in October. 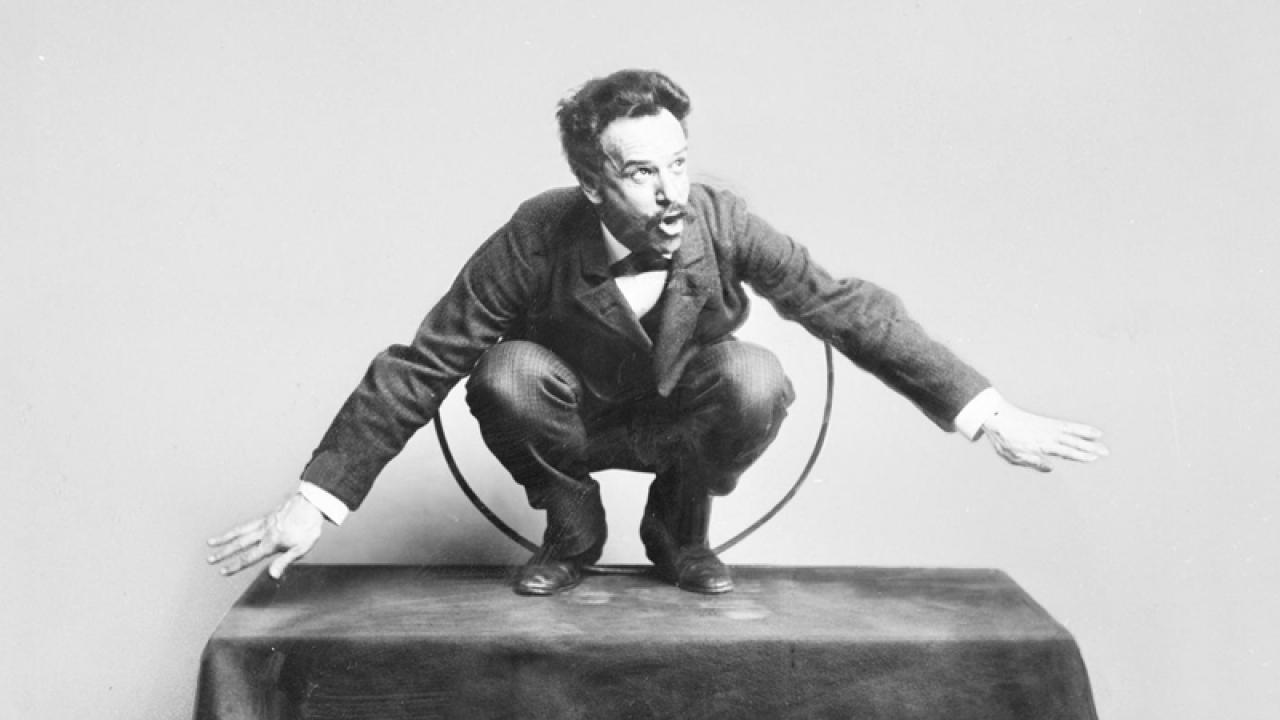