Ahead of the 9th Berlin Biennale, the Beijing-based artist explains why she likes some of her favourite images 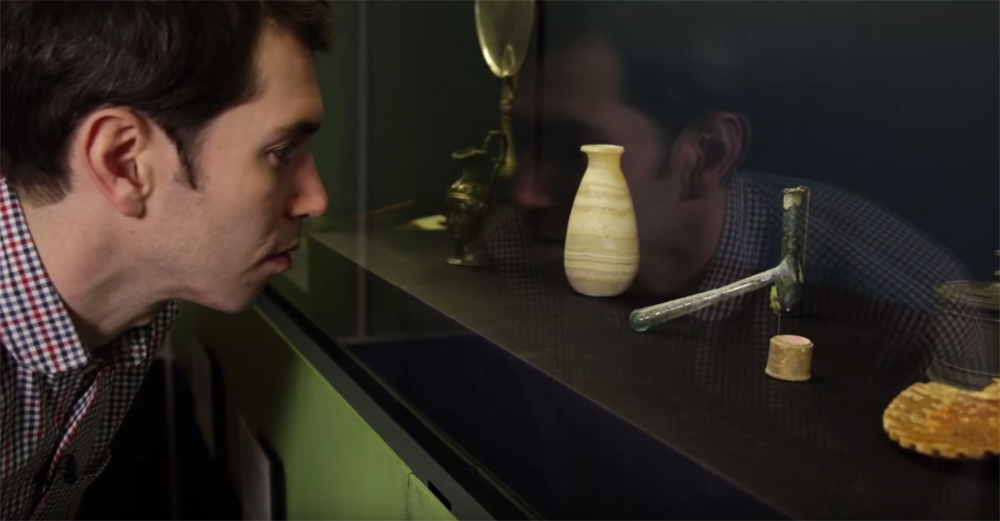 I love TV shows that feature a host introducing an artwork in a gallery or museum, or that show spectators visiting an exhibition. I also like travel shows featuring a presenter explaining objects that the camera points at – I find these mostly on YouTube. On some occasions the camera replaces the role of the host, and then we are able to see the exhibit and the spectators at the same time. Different perspectives and ways of seeing are emphasized in these kinds of videos. The presenter’s voice, the exhibits and the viewers (we may also include the host here) become three different types of media which when put together forms an image. I’m interested in the fact that the three components are at the same time distinctive and in tune. What makes this kind of film different from feature films and documentaries is that in these, one can easily differentiate the three things involved: the scene, the host and spectators. Feature films by contrast tend to merge different components as much as possible: the actors, scene, storylines and voiceovers etc. These sort of clips for me do not speak their entirety through images; what emerges is rather some scattered keywords – the images can be described as different components gathered in a way that brings forth a backdrop, without focusing on any one subject. These different perspectives motivate my interest in using the triptych fomat in presenting my videos. For me it allows the flexibility of spectatorship: the members of the audience are themselves the consumers and agents implicated in a new scene. 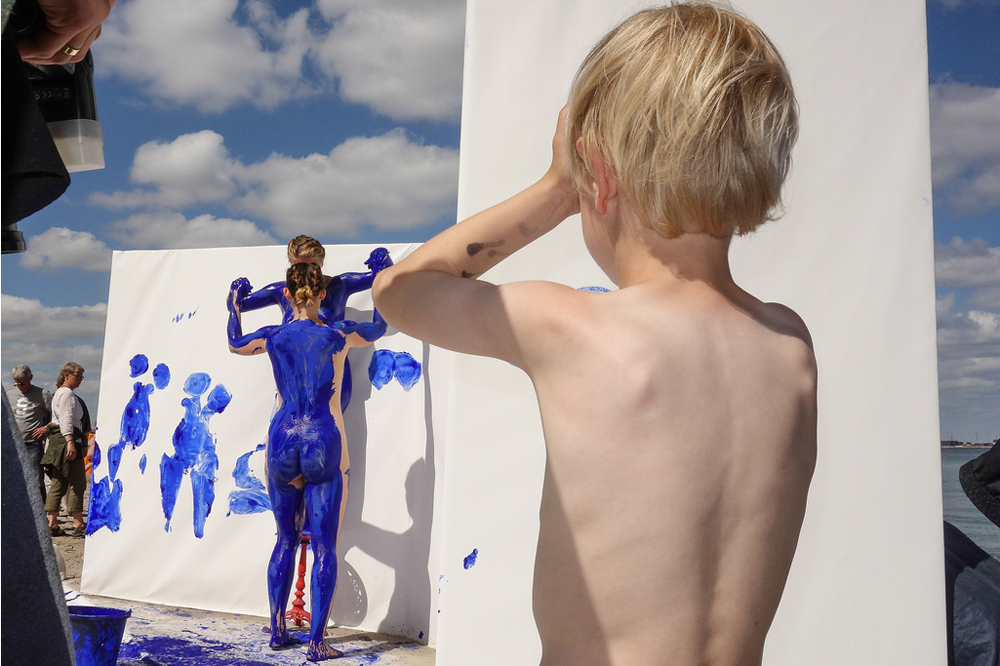 I don’t know exactly what this picture is about and now I can’t even find it online. But I’m including it because this sort of documentary or reportage photography sheds light on my installation practice. In this picture it seems we’ve found ourselves in an open air studio. The image can be broken down in so many ways: the natural surroundings, a crowd, performers, the back of the children onlookers, the partial presence of a photographer. What is specific to the image though is that there’s no one obvious focal point. All the components contribute to the texture of the picture. 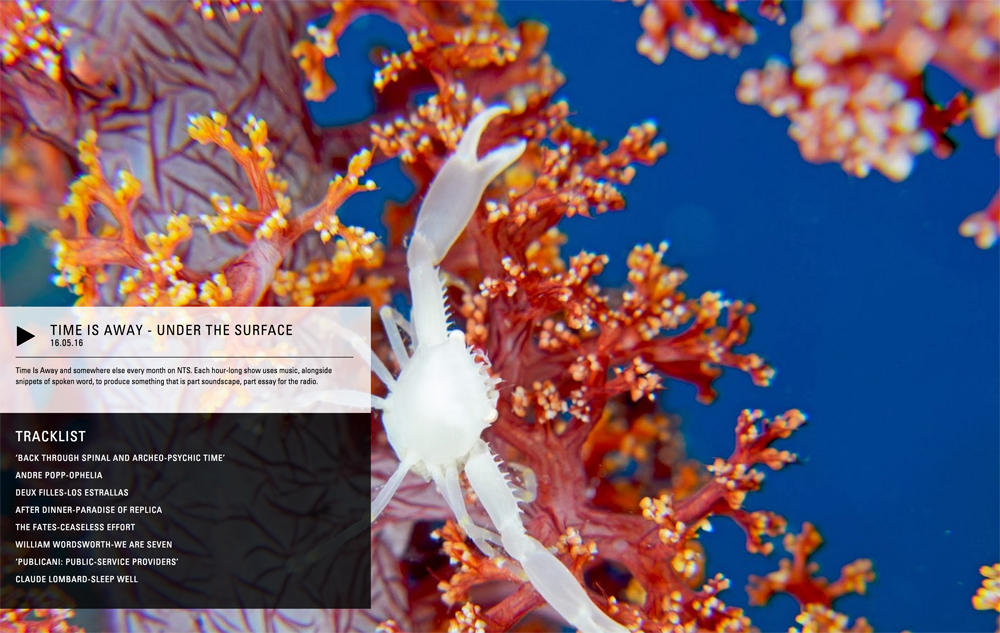 Recently I listened to one of NTS Radio’s shows called ‘Time is Away (Under the Surface)’. It brings back a memory of two aural-visual gratifications I enjoyed many years ago: John Zorn’s The Big Gundown (1986) and Otomo Yoshihide’s album for his New Jazz Orchestra project ONJO (2005). While listening to those albums I found each song to be a video in its own right. The John Zorn album especially, some of the songs played as a set of videos that effectively linked together. In the second half of the last song a subtitle even popped up in my minds eye. Though back then I was unaware of the fact that its production was originally a recomposition from the eponymous movie. I know I should be mentioning the images that have influenced me but for me these two albums are visual and their impression remains crystal clear for me a decade later.

I’m interested in all kinds of transitions between forms. Be it inter-media or conceptual transitions. Back to the NTS Radio show: a composer selects interpreting voiceovers from old science and travel documentaries, combines this with the music, which brings out an altogether extraordinary travelogue for the imagination to explore. I think that as a medium radio is full of potential for the imagination. I’m thinking of working on an exhibition based on a radio programme. 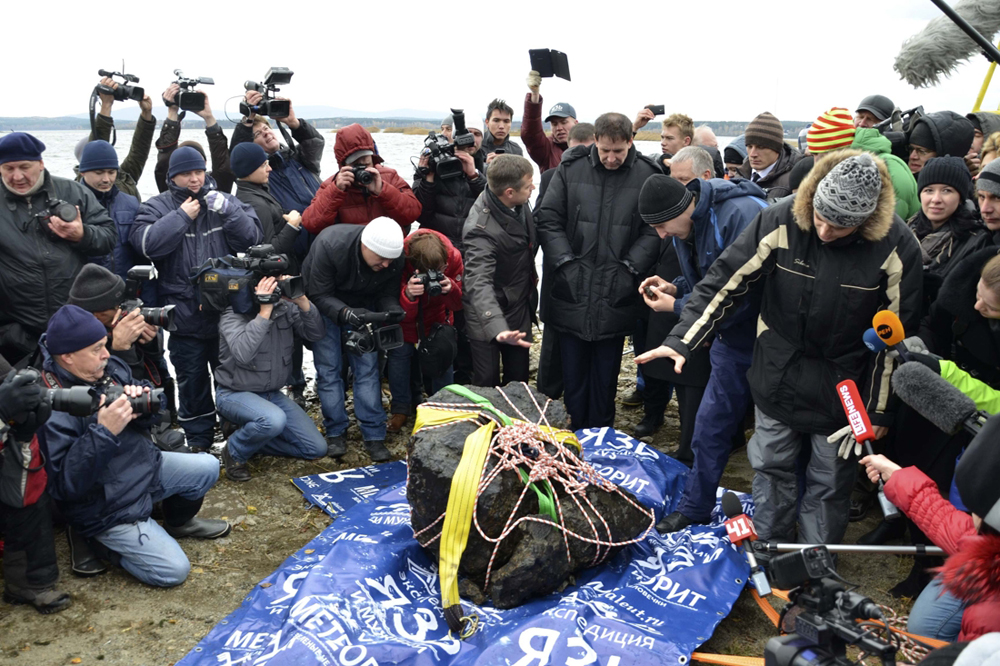 This is a news image from 2013 showing a group of Russian photographers taking pictures of a gigantic meteor. What is shown is now very common: an image of an event being documented and so widely circulated to the extent that the event itself ceases to be the subject. The image is no longer in the service of the event, it’s the other way around. The photography show ‘Performing for the Camera’, which opened at Tate Modern in February earlier this year, discussed this phenomenon from an art historical perspective, from the invention of the camera until now. In reality the impact of the event now being in service of the image is far stronger: entertainment and consumption renders captured visual experience as a field of deep investment. This is a topic I return to often in my own work. 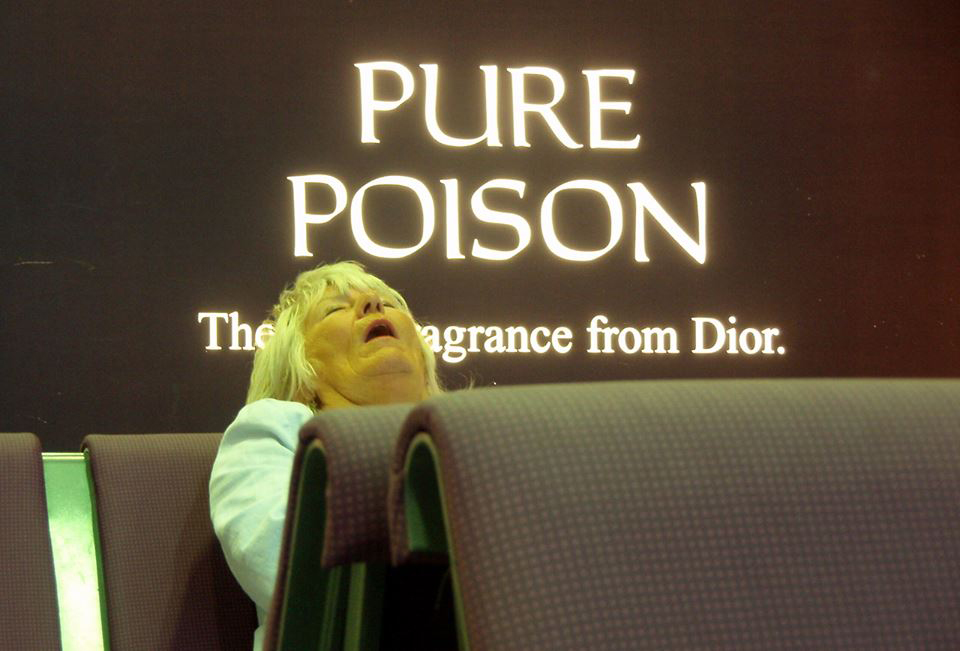 This is a picture taken by a photographer in Warsaw. I think it’s close to perfection. You might think that there’s a character, a plot, a MacGuffin; there’s fashion and brand culture; there’s suspended time and dramatic contrast; there’s even a perfect pun in the composition. But what makes it stands out is that though we might come up with a multitude of ways of interpretating this picture, for me it gives a sense of a void; one hosting a mosaic of signifiers. For me that brings with it openness and accuracy. 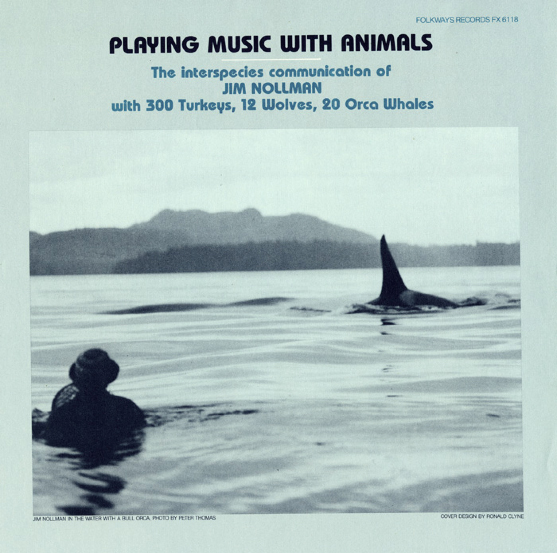 This is a Jim Nollman album released in 1982. In musical terms it’s not really a favourite but I endorse the concept behind it. It’s one full of ambition; a sample of a utopian practice in the field of music. It’s utopian, sci-fi, you name it. In terms of my own practice, I’m always indebted to the idea of transition and equivalences: I believe that once you find a suitable equivalence between any two concepts, then they become transitive at your will. In the conception of the album, it’s obvious that utterance is the equivalence of the transitions of ideas. The concept that I align with might be a pure idealism, though I always think deep down in Eastern culture is a utopian element. This utopian is legible, there’s origin and destiny, which is the Buddhist concept of eternal return and profound wisdom. This is becoming too grandiose so I won’t elaborate on it here. 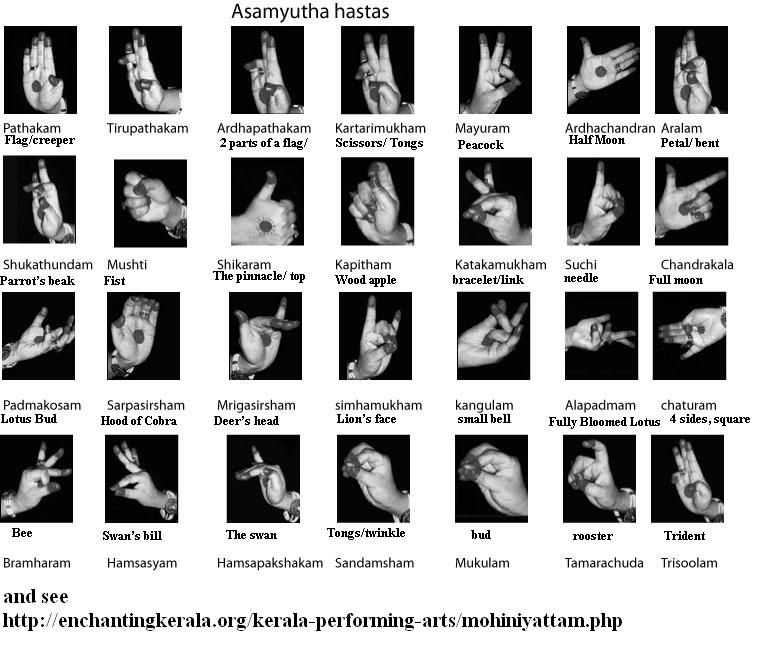 This is a diagram of single hand gestures ‘Asamyutha hastas’ in Indian classical dance. There are also gestures for double hand movements. In Indian classical dance, every single movement of the palm has a different meaning. My interest lies not in their symbolic signification, but that through dancing one sees the spontaneous transition between expression and plasticity. I believe that the five senses are transferable from one medium to another. Music can be visible, shape can be heard, the tangible can be tasted. Their differences are akin to the fact that in art practice, different medium holds their particular traits, while capable of invoking the same experience. 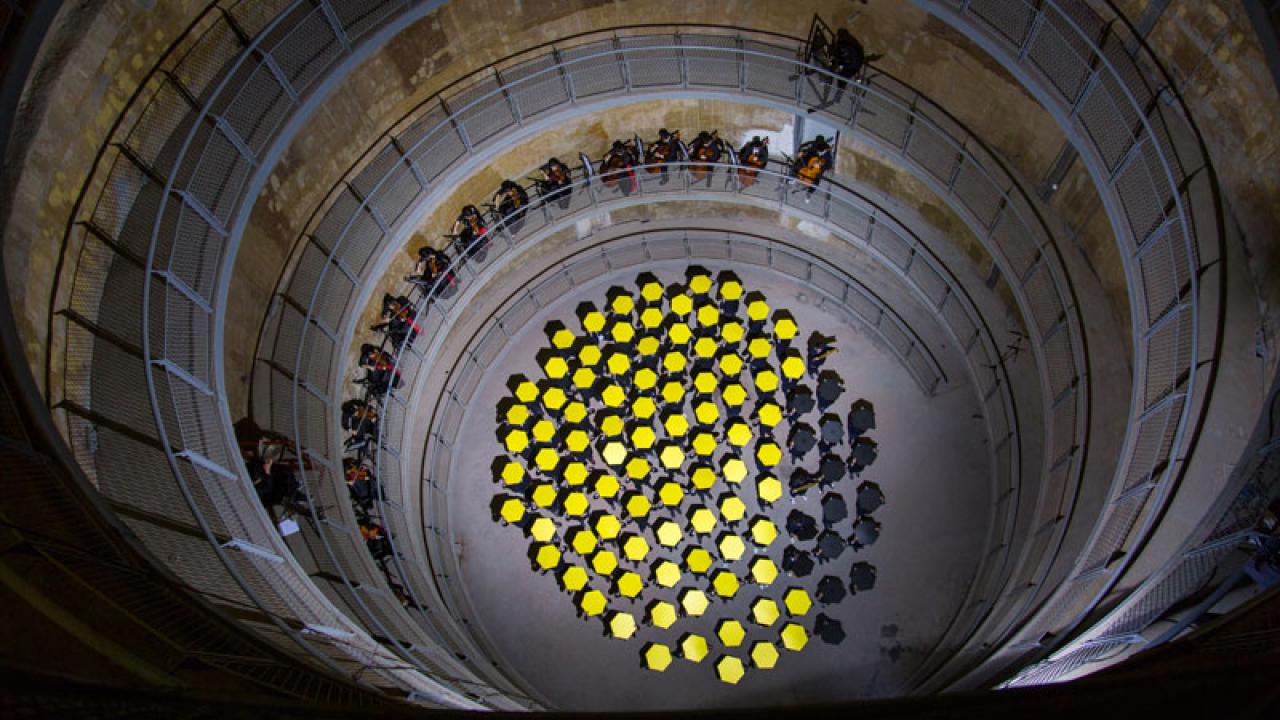 From the opening of the 12th Shanghai Biennale to Miao Ying’s explorations into the ‘Chinternet’, a rundown of the best shows in town 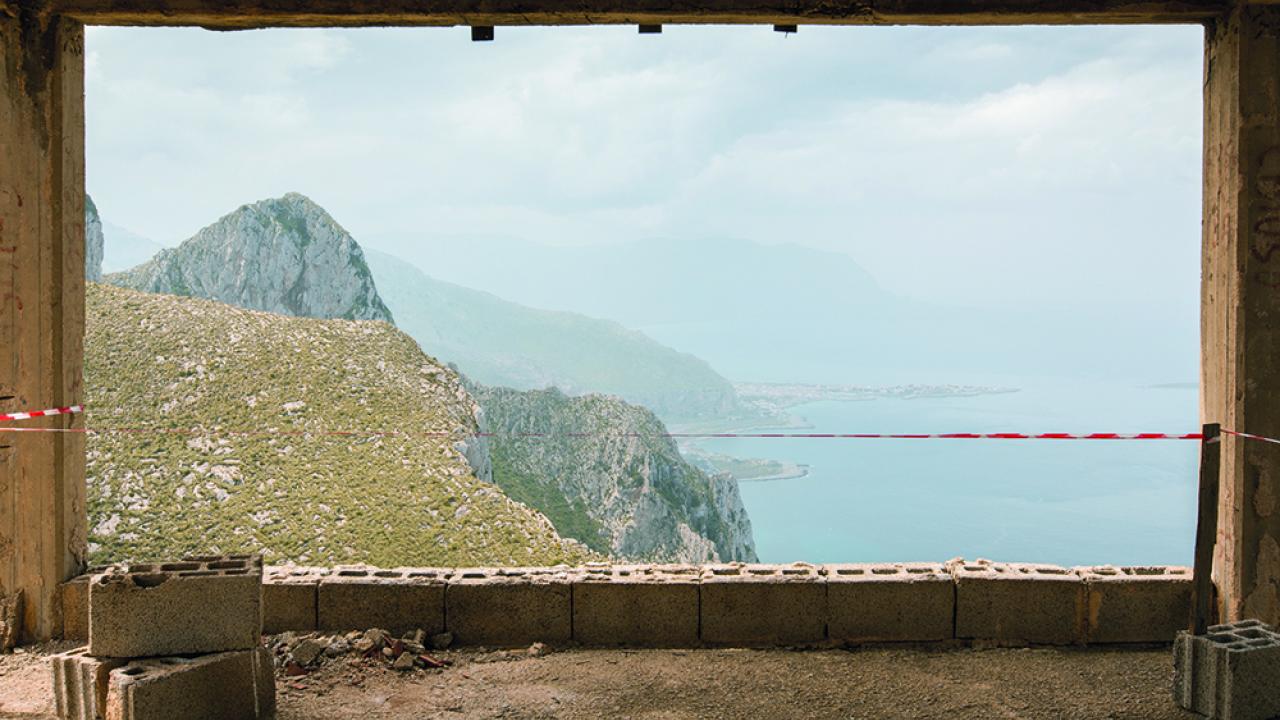