A number of films that were banned following the Iranian Revolution of 1978 are still in circulation in many households in Iran. Over the years, these films have evolved from their original 35mm version to Betamax → VHS → CD → DVD → YouTube. These countless reproductions have exhausted the quality of the films, erasing the main features and leaving a Rothko-like trace of dark and light across the screen. Watching now, it’s as if viewers are entering into a kind of a shadow play, reconstructing the featureless faces of the actors and actresses with their own personal projections and imaginings. 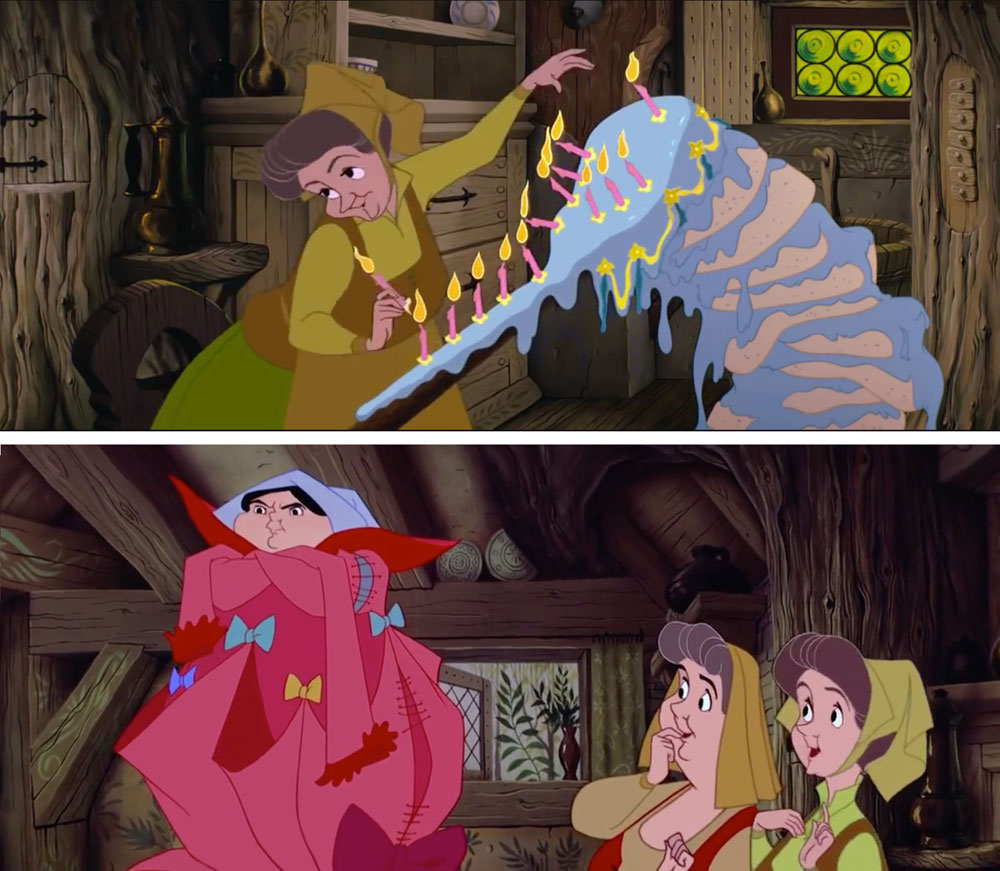 In this scene we witness the culmination of a clumsy, ridiculous process that has produced two failed objects: a cake and a gown. This is ultimately a depiction of reskilling, of stepping out of a comfort zone, and the draftsmen have show this beautifully.

This is one of our favourite cross-dressing scenes. Masculinity, secured in a madam’s shell ­– bejeweled in pearls and glitter, lined in satin and lace – exhibits its ferocious side. The disarmed viewer is left wondering: ‘What if the Emperor hasn’t got anything on?’

The directness of this wounded Venus is like a slap in the face, cracking the viewer’s moral caryatids. Her wounds crawl over your skin, like a snail dragging its trace along its path.

The weaving and the transformation of selves challenging the ‘self’: that's what we experience in our collaborative work.

On page 200 of Yve-Alain Bois’s Matisse and Picasso: A Gentle Rivalry (1999) is a drawing that Matisse made of Picasso’s painting White Bed (1946). We like to look at this page alongside a scene from Jean Genet’s The Maids (1947) that displays a decentered ‘self’ composed of the interwoven characters Madam, Solange, and Claire.

Solange: Limits, boundaries, Madam. Frontiers are not conventions but laws. Here, my lands; there, your shore –

Claire: What language, my dear. Do you mean that I’ve already crossed the seas? Are you offering me the dreary exile of your imagination? You’re taking revenge, aren’t you? You feel the time coming when, no longer a maid –

Solange: You see straight through me. You divine my thoughts.

Claire: – the time coming when, no longer a maid, you become vengeance itself, but, Claire, don’t forget – Claire, are you listening? – don’t forget, it was the maid who hatched schemes of vengeance, and I – Claire, you’re not listening.

Claire: And I contain within me both vengeance and the maid and give them a chance for life, a chance for salvation. Claire . . .

The collaboration of random people in this room and the inclusion of simple, household materials bring a certain frankness to the image, one that has always inspired us. We carry within us many elements of these improvised, humour-filled photographs of the Qajar era. The translation of a figurative language into a visual one (example: del picheh, or a stomach ache, is shown as a knotted hose) highlights the kind of humour that we enjoy.

The Suspended Step of the Stork, 1991

As teenagers growing up in Iran we had no choice but to restlessly watch Theodoros Angelopoulos’s The Suspended Step of the Stork over and over again – it was shown on TV during every national holidays. At the time, we were oblivious to the beauty of it, slowly seeping through our souls.

The famous quote from the film is: ‘How many borders must we cross before we are home?’ Maybe there is no need to cross borders to call a place home.

A frozen scene: a ladybird clinging to a fridge magnet. A pulsating rubber hose. A sunbathing solar light. A cicada and a sprinkler’s duet falling flat on a gardener’s ear.  Kisses of a velvety fly.

This article was written in collaboration with Nazli Ghassemi

Ramin Haerizadeh (b.1975, Tehran), Rokni Haerizadeh (b.1978, Tehran) and Hesam Rahmanian (b.1980, Knoxville) have lived and worked together in Dubai since 2009. In 2014, the collective was invited to participate in the Robert Rauschenberg Foundation's residency programme in Captiva, Florida, and the works created as part of the residency were exhibited at Gallery Isabelle van den Eynde in 2014. In 2015, the trio staged collaborative presentations at the Kunsthalle Zurich; Callicoon Fine Arts, New York; Den Frie Centre of Contemporary Art, Copenhagen; and the Institute of Contemporary Art (ICA), Boston. They also participated in the 8th Asia Pacific Triennial of Contemporary Art, Brisbane. In July 2016, the trio will participate in the 9th Liverpool Biennial. 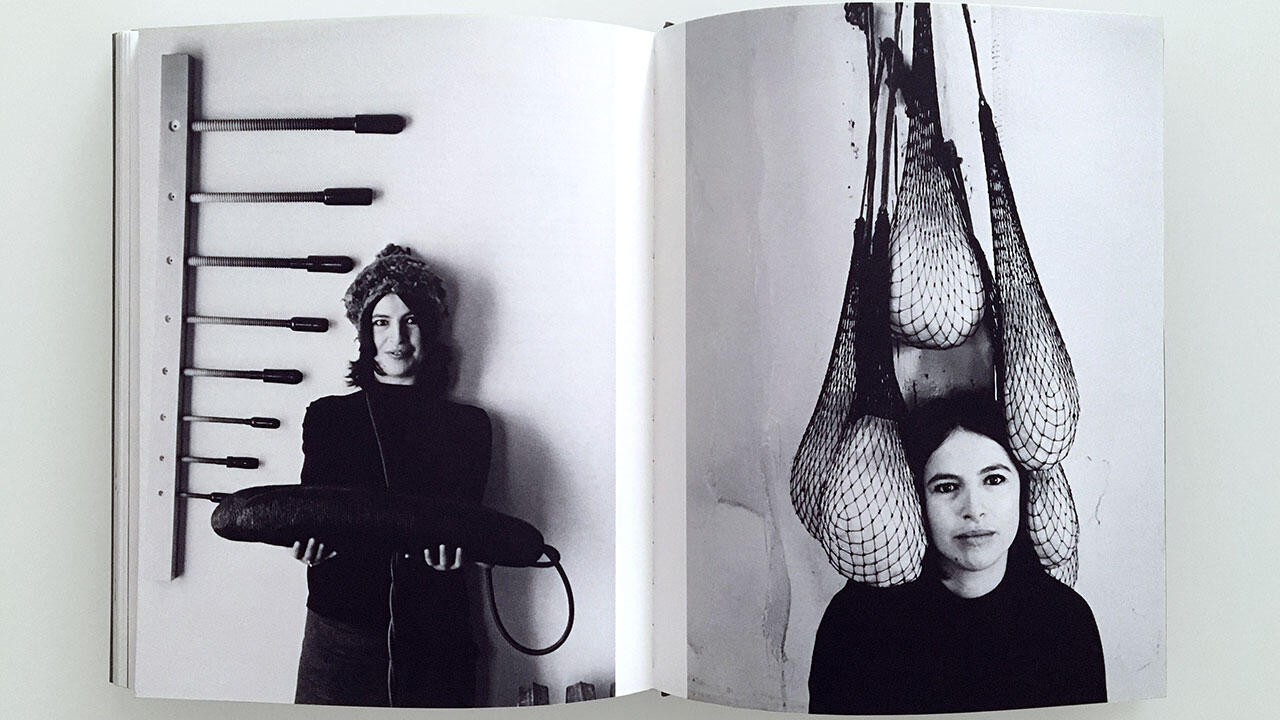