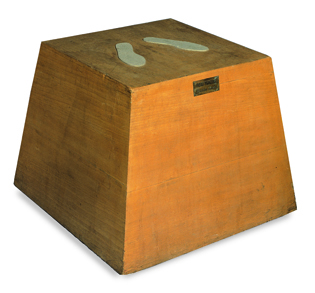 They used to be jobs that ambitious young art historians and curators would kill for, and doubtless by the time they are filled there will be blood on the floor some place. But the fact that The New York Times can report 18 vacancies at the top of leading American museums tells us we are witnessing a phenomenon different from the generational changeovers that periodically thin the élites of the culture industry. Did I just use Theodor Adorno’s bleak term for the art world? Usually I resist the temptation, not because the severe Marxian analysis that engendered this formula lacks substance (although gravely flawed by apocalyptic determinism, Adorno’s theories have much to offer) but because the people who use it generally hail from universities, which they delicately exempt from their critique of alienated labour and market forces in highbrow sectors of the economy. Having done a four-year stint in the graduate education industry, I find the glib judgements on those of us who work primarily with art and artists rather than academic texts and academic text producers hard to swallow, and so avoid such ‘branded’ vocabulary – except when absolutely necessary.

But the reality is that contemporary museums are increasingly industrial or business-oriented in their approach to every aspect of their operations, and consequently directors are increasingly expected to think like CEOs. We are far indeed from the early 20th century, when Harvard’s Paul Sachs taught young scholars the finer points of connoisseurship while also schooling them in how to collect patrons in order to send them out in the world to run or found everything from the National Gallery to the Museum of Modern Art. Now, as The Times reported, rising professionals in art history and museum studies are sent to remedial training at the Getty to learn how to handle budgets and bureaucracies while those who have already shown administrative skills check into PhD programmes to pick up some art history.

But while the legions now crowding these two career paths are likely to exceed the demand for them even in boom times, why is it that relatively few of those who have already risen in the system seem tempted to be the boss? Salaries are no longer the problem when the sitting Director of MoMA is paid five times or more what his predecessor earned, and even directors of smaller institutions may make much more than their senior staffers, as well as more than their comparably distinguished academic counterparts. (Incidentally, envy and inverted snobbery among the upper-middle classes, plus a squeamishness about their own membership of the establishment, may explain why highly rewarded professors with tenured chairs subsidized by the rich scorn museum personnel, who must actually raise money from the same wealthy people to support their work.) I don’t have the answer, but one repeatedly hears from veterans of this transitional phase, and from likely candidates hesitant about replacing them, that the museum director’s job has become so focused on fund-raising and management minutiae that they have experienced or fear a quantum loss in their engagement with art and an ever-diminishing sense of cultural purpose, factors that initially drove the pioneering directors of modern art museums and sustained them when they grappled with the financial, administrative and political challenges of building institutions or holding them together.

I want to accept this explanation, but remain suspicious of it nonetheless. Keeping boards composed of complex, often competing, benefactors happy and on course while keeping them from meddling in the daily functioning of a museum can require Herculean efforts, just as maintaining morale and a sense of mission among curators and support staff while respecting their individual and collective expertise can demand the utmost stamina and diplomacy. Inevitably, the proportion of a person’s attention to the artistic content of a museum shifts dramatically when he or she moves up from curator to director. However, the quality of that attention must not be diluted but instead concentrated and sharpened. If not, there is nothing and no one to blame but the person who has allowed the decline to happen. With corresponding dismay I came across a recent interview in which someone once counted among the most innovative forces in the alternative space movement inexplicably said, ‘administrators and curators need information: they don’t always need vision’. Wrong. The ‘vision thing’ determines the value accorded information, the kinds of art presented to the public and the manner of its presentation. What ails the art world is that some who seek power have never had a vision and some who have power have lost it. If there is room at the top, it is for insight, ideas and conviction; we have as many technicians of culture as the industry will ever need, and if some decline promotion, they are doing us and themselves a favour.