The audacious mixing of heritage and innovation in the Georgian capital

This country – to which the Gods banished Prometheus, where Medea went in search of the Golden Fleece, where wine was invented 4,000 years ago, where the first Christian churches stood, which has given us artists like Vajiko Chachkhiani, Thea Djordjadze or Andro Wekua and the writer Nino Kharatishvili – has always fascinated me. The concentration of history and tradition juxtaposed with Modernist futurism exemplified by the Soviet-era transport ministry in Tbilisi, built in 1975 by the architects George Chakhava and Zurab Jalaghania, a building that confronts the old like an exclamation mark.

Today, there are other futurist buildings in Tbilisi. The most audacious is the Music Theatre and Exhibition Hall in the old town, designed by the Italian architects Massimiliani and Doriana Fuksas, that was completed last year. Like two gigantic tubes, comparable in scale to works by Claes Oldenburg and possessing an almost cosmic aura, they defy the old Turkish baths with their cupolas and the oriental wooden houses with their verandas. This project has its roots in the rule of former president Mikheil Saakashvili, who favoured such striking gestures that point not only to tomorrow but to a more remote future. And the city is now paying the price, as 12,000 of the 14,000 houses in the old town are structurally unsound. The architect Surab Bakradse is fighting against this state of affairs: he refers to himself as a guerrilla town planner, not only drawing up redevelopment plans but also leading demonstrations and protests. He receives support from artists, including Natalia Nebieridze who took part in the Reallaboratory project. In partnership with architects, Reallaboratory devises urban redevelopment plans which are then presented to the inhabitants of the neighbourhood in question. One example is the Avlabari metro station, which I visited. Rates of local participation with the proposals are high. After all, who wants to live in dilapidated housing?

Such conflicts between the new and the old were also the theme of Artisterium 9, a kind of biennial that took place across several locations in Tbilisi at the end of 2016. In the catalogue, the curator Magda Guruli wrote that in her exhibition, titled ‘Kill The Buddha!’, she wanted to show ‘the essential processes within the eternal conflict between tradition and modernity – via the very serious technique of play’.

More than 50 international artists were invited, many from former states of the Soviet Union. Striking works included King of Falafel (2016), a satirical film on colonialism by Israeli artist Shahar Marcus in which an Israeli astronaut ritually prepares the Arabic dish on the moon, or the language projection by German artist Tessa Knapp. The drawings of the Georgian artist David Kukhalashvili also stuck in my mind: appearing banal at first glance, they are angry comments on massification and de-individualization.

I visited Kukhalashvili in his studio, located in a functionalist building formerly occupied by the state television broadcaster. Today it houses young artists who studied at Tbilisi’s art academy. This institution is hopelessly conservative, fiercely resisting change: last year, when the internationally-known Georgian artist Gia Edzgveradze, who lives in Germany, applied for a professorship at the academy, his application was discretely mislaid. Because of this situation it is not easy for students at the academy to connect with what is currently going on internationally. Among the former students working here, however, there were a surprising number of women, almost all of them focusing on feminist themes in their work.

For this they might refer back to the Georgian artist Keti Kapanadze, the only Tbilisi-based artist in the 1980s to address such themes in her photographs, performances and drawings. But her work is still ignored by official institutions to the extent that it remains largely undiscovered by a younger generation. Kapanadze herself has been living in Germany for years, but is attempting to revive awareness of her work in Tbilisi.

In Tbilisi I also met Soso Dumbadze. He publishes writing dealing with film, including that by Pier Paolo Pasolini and Harun Farocki, and is currently working on a book about the Georgian avant-garde filmmaker Kote Mikaberidze. He is also an artist: his recently completed 15-channel video installation, A Yellow Bus (2016), is a distressing comment on the conflict between tradition and attempts to break out of it. In 2013, when 15 gay men tried to demonstrate for gay rights in Tbilisi, the patriarch of the Georgian Orthodox church, Ilia II, stirred up hostility among his congregation. They turned up in their thousands and the police had to intervene, taking the demonstrators away in a yellow bus to protect them from the believers’ rage.

A far more conciliatory arrangement of heritage and progression is the wonderful Silk Museum, founded in the 19th century and unchanged since (silk has been produced in Georgia since the 4th century), whose director Nino Kuprava invites young artists to make artistic interventions. And I must also mention the Georgian self-taught primitivist painter Niko Pirosmani (1862–1918) whose early supporters included the Russian painters Natalia Goncharova, Mikhail Larionov and Kazimir Malevich. (When they showed his pictures with their own in the ‘Target’ exhibition in Moscow in 1913, the audience was so outraged by Pirosmani’s naive style that fights broke out and Larionov spent the night in prison.) Today, Pirosmani’s paintings are in the Georgian National Gallery and they grace many souvenirs. Tbilisi is an ancient city, but the vitality with which it is approaching its past today makes it feel positively youthful. 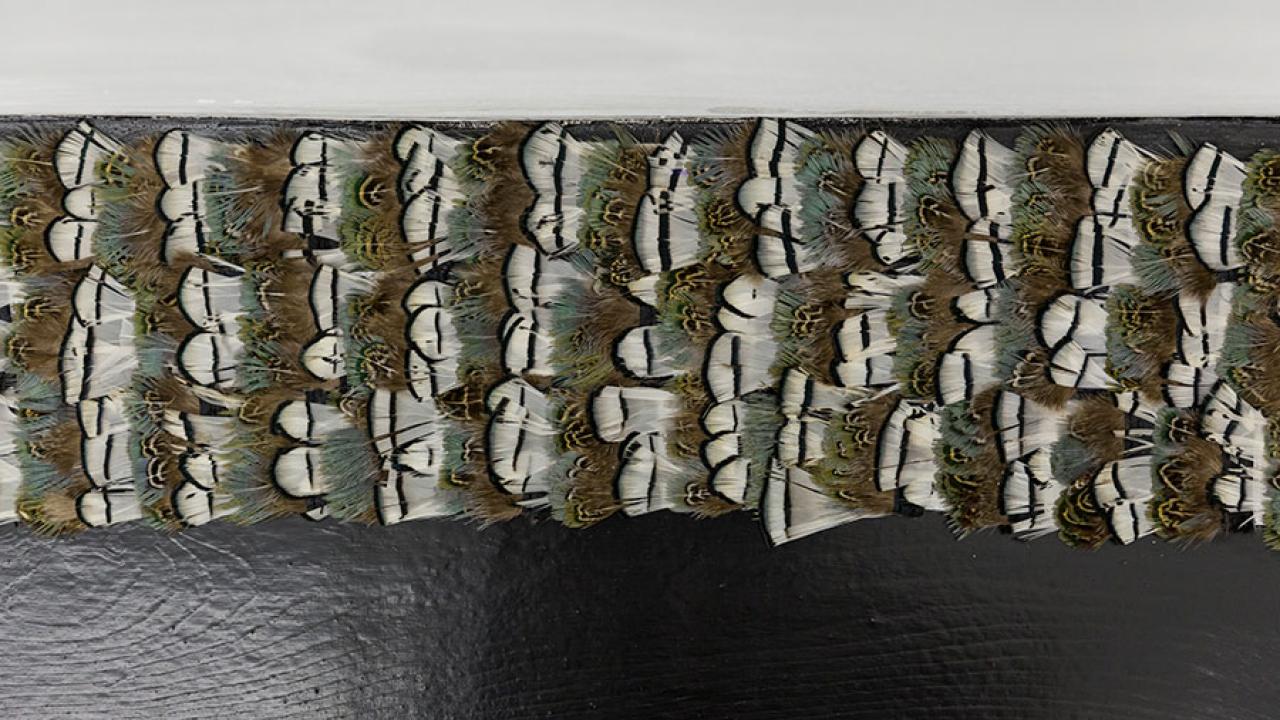 An exhibition at LC Queisser, Tbilisi, highlights how the artist invents new forms of touching a canvas