Flanking the exhibition entrance, two monitors present black and white footage of a smattering of raindrops. With comic timing the image swells into a torrential downpour. Falling onto an open notebook, the water leaches and then sluices away freshly inked text. The words barely mark the page: it is over before it has begun. Yet jouissance suffuses La Pluie (Projet pour un texte) (Rain, Project for a Text, 1969). Marcel Broodthaers' craggy countenance masks a glimmer of spirited humour as he pursues his self-appointed task, while the inkpot and pen, and the throw-away aesthetic of the crate as desk, add a romantic frisson. The present, like love and humour, is elusive. Two years before La Pluie was made, Michael Fried argued in an essay published in Artforum that immersion in formal composition allows release from self-absorption and concluded that 'presentness is grace'. Minimalism provokes self-awareness, the literalness of the object provoking a theatrical interaction. But decades separate Fried's theories from the art on show in 'Presentness is Grace: Experiencing the Suspended Moment'.

Two works by Marine Hugonnier revel in the elasticity of the moment. Suspended just above the threshold, the neon light work Interlude (1999-2000) is an elegant textual enigma that provides a contemporary counterpoint to Broodthaers' pantomime riddle. Spelt out in capitals, Interlude is programmed to flash on and off in an irregular sequence. You are immediately involved, waiting for the next interlude to be announced. But further hesitation and doubt ensue as you contemplate whether the interval is concurrent with the basking blue light or with the dark restive state. When will the action start and the break end? And which is which? Impossibly inconclusive self-awareness is precipitated by Hugonnier's other, albeit slightly more archaic, light work. Isolated in its own chamber, Candle (1998-2000) intimates the temporal inflection of our existence. As it burns with the scent of an extinguished taper, Candle enfolds a premonition of its own demise within its present state. If the candle operates as a memento mori, this representation is more potent than most.

The video works of Zeyad Dajani do not present such conundrums, but almost illustrate the extended title of the show via their removal of frames from video footage. Both Untitled (Skipping) and Untitled (Trampoline) (both 2001) are visually arresting, mainly owing to the artist's hovering stasis in mid-air, but they operate mainly as curiosities, excelling by virtue of their Old Masterly composition and the manipulation of their medium. Pierre Huyghe's Nine Perfect Minutes (2000) pushes at boundaries other than the technical. A flat screen monitor embedded in the gallery wall displays a magazine page. We know this from its virtual similitude of layout to a fashion article. The shot is dark and seemingly contemporaneous: a girl sits in a mysterious vehicle, a hazy ocean horizon stretching out beyond the window. But the interior is irritatingly hard to define, and as you try to assimilate it to your own experience, the girl breathes. Her respiration is as unmistakably digital in provenance as the exaggerated, repetitious rhythm and motion are localized. Although the intervention may be visually minute, the intervals between inhalation and exhalation alter your relationship with the work, for on some level you recognize that life has breathed into this window of representation. The visual effects of Darren Almond's Diary (2000) operate on an even slower timescale. Deadpan in the extreme, this outsized timepiece of the flipping panel variety details the day. Reminding you of your ineluctable fate borne by the relentless thrall of time, it also slams the repetitious ordering of time in your face. Monday will interminably follow Sunday.

Several works dwell on the influence of the sublime on self-awareness. Nina Katchadourian's Indecision on the Moon (2001) uses the audio commentary of the first human lunar landing to this end. By heavily editing Buzz Aldrin and Neil Armstrong's dialogue with Houston, Katchadourian re-presents the astronauts' reconnaissance as a ramble of mumbling hesitation. 'Um's and 'ah's engulf the priceless moment when President Nixon is put on the line. The virtue of the piece issues from the raw material: you can smirk at the astronauts' seeming indecision and verbal ineptitude, but I found myself smiling at the thought of those hours of wonderment. By contrast, Hideyuki Sawayanagi's You Will Be Possessed by Love in 30 Seconds (2001) is harshly funny. It does what it says: after a 30-second countdown in a darkened video projection chamber your retinas are branded with an after-image spelling 'love'.

Eliding concepts across time and space is risky: Fried's weighty theory cannot be smoothly applied to art beyond the polarized reaches of Modernism and Minimalism. And how to address a work that has disappeared? Hugonnier instructed her Lost Object (Un coup de dés jamais n'abolira le hasard, S. Mallarmé, Ed. Gallimard. Paris. 1914-1993) (A throw of the dice will never be without risk, 2000) to be left lying about the exhibition. It is a work that flips you between thieving self-awareness and transcendent wonder, for its interactivity is mentally immersive. 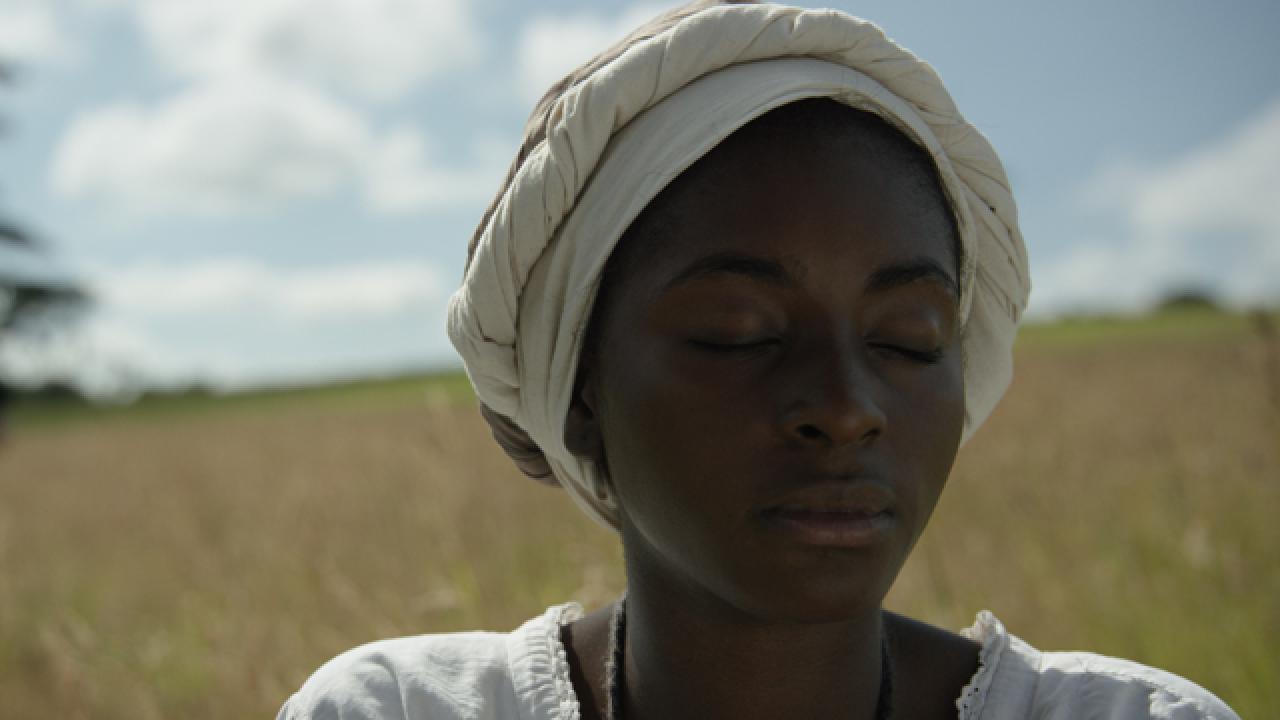