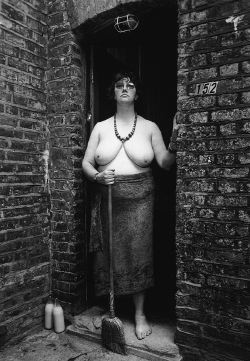 'Protest & Survive' was one of the most anticipated and reviled shows in London. The selectors, Matthew Higgs and Paul Noble, put together an exhibition of work from the 1960s to the present day, including pieces by over 40 international artists. They announced their interest 'in exploring the possibility of identifying a radical community of artists, in searching for the political voice that is forever glossed over'.

The show was anticipated because it has been accepted wisdom for some time that what is missing from the British contemporary art scene is some sort of social, political or historical consciousness. And yet, when 'Protest & Survive' opened, critics described it as misleading - the title, they cried, which was taken from a CND slogan of yesteryear, implied a coherent activist agenda that was missing from the show. What were Gilbert and George doing in there, with their nationalistic and homoerotic images of young East End thugs? The show was also criticized for being backward-looking, representing a return to a dried-up concept of a political art that is all boring texts and grim photos.

And much of the criticism was valid - 'Protest & Survive' was indeed contradictory and, in some ways, dated. However, what was missing from the commentary was the realization that the show's representation of resistance was in keeping with recent political fragmentation, and the attempted reinvention of activism in the face of global capitalism. The show did not propose a single ideological position but surveyed multiple sites of resistance. It touched on spaced-out Marxist critiques from the 1960s - including an image of the Mao-Hope March from 1968 by Öyvind Fahlström (that's Bob Hope, by the way). It also included examples of radical feminist activity from the 1970s and early 1980s, such as Jo Spence's account of her battle with Big Medicine in the face of her diagnosis with breast cancer. And it also demonstrated, in the photographs of Wolfgang Tillmans, the reinvention of counter-cultural resistance in the 1990s, in places such as the German Techno scene.

This metaphorical approach to resistance was also notably enacted through representations of urban space. The city during the industrial revolution was the grand stage set of Marxist politics, and 'Protest & Survive' featured not only a fair share of images of street protest, but also work in which the city is explored as a space of slippage and metamorphosis. One of the most powerful examples was the photographic documentation of Valie Export's street performances from the late 1960s, such as Tap and Touch Cinema (1968), for which the artist invited passers-by to feel her breasts through a box she had constructed. Other, younger, artists chose to represent bookshops, parks and libraries as sites of potential transformation. Such works included a bridge built by Thomas Hirschhorn, which linked the gallery to the radical bookshop next door, literally opening a portal into a utopian space. Rob Pruitt's Wishing Well (1998-2000) is a fountain built from Evian boxes and was full of the coins of passing strangers. Tariq Alvi's proposed Poster for a Library (1996) depicted a naked young man with a large erection, reading a book.

All of these works hint at a public space that might be able to encompass desire and dreams.Ultimately, the hostile reception to 'Protest & Survive' must be put down to frustrated expectations, such as the one attached to Higgs, who has been perceived as the curator most likely to make sense out of the current British scene. Another expectation was that the show would demonstrate how we can all become political again, and so satisfy an underlying nostalgia within the predominantly liberal culture of the art world. But this isn't a unified moment, either politically or artistically, and the curators chose to make the exhibition reflect this fragmentation rather than transcend it. Contemporary artists who address the social realm tend to reject what is coherent, new or spectacular, making works that resist assimilation and create a space for speculation and complexity. Structuring the show to reflect artists' practice was good sense, but the resultant exhibition was predictably diffuse. Calling it 'Protest & Survive' was just asking for trouble.