Artists and the freedom of the desert

A couple of miles into the unprepossessing town of Yucca Valley, in the Mojave Desert near Joshua Tree, California, is a turn-off for the Sky Village Swap Meet. There’s a sign, but it’s almost impossible to spot from the main road. Open on Saturdays and Sundays, the swap meet has been run for 35 years by Bob Carr, who stepped back from day-to-day operations earlier this year so he can concentrate on making art. Carr is 76. His masterwork is The Crystal Cave (2004–ongoing), a freestanding grotto made mainly from expanding foam and crystals. Customers at the swap meet can peer through circular windows in the structure’s lumpy brown walls and spy a miniature landscape painted green and brown, through which running water trickles over waterfalls and rock crystals sprout like alien flora.

Carr claims not to know why, exactly, he makes his art – which also includes sculptures of colourful giant spiders perched on webs. It is not known whether he has much interest in, or even knowledge of, the work of one of his most prominent supporters, the artist Andrea Zittel, who lives a few minutes up Highway 62 in Joshua Tree. Between Carr and Zittel – geographically, biographically and intellectually – an untold number of people single-mindedly pursue their own ideas of what being an artist means in the quiet freedom of the desert. Whenever I feel that the art world is too small, too insular or, indeed, any one thing in particular, I remind myself of this southern corner of the Mojave.

When Zittel moved, in 2000, from Brooklyn via Los Angeles to a tumbledown homestead on a parcel of land she named A–Z West, she was not the first artist to settle in the region. Nor, even, was the sculptor Noah Purifoy, who began building his Outdoor Museum in Joshua Tree in 1989 at the age of 72 (he died in 2004). Prior to the 1965 Watts Rebellion in South Los Angeles, Purifoy had made Modernist furniture for wealthy clients. The violence of the Watts riots compelled him to abandon his comfortable lifestyle and, instead, create sculptures from the items he salvaged from the streets – melted neon signs, charred consumer goods – and to mount incendiary, politicized exhibitions with other African American artists. In 1972, frustrated by the lack of progress in rebuilding South LA’s blighted communities, he gave up art and returned to his original career as a social worker. It was over a decade before he began making art again, finding many of his materials at the Sky Village Swap Meet.

While Purifoy’s contribution to Assemblage art in the United States is unquestioned, his uneven career trajectory left him on the periphery of historical discourse. A retrospective at the Los Angeles County Museum of Art, opening June 2015, may fix this. It was his friend, the artist Ed Ruscha, who was instrumental in securing the future of the Noah Purifoy Foundation in the late 1990s. Ruscha has been spending time in the Mojave since the late 1970s, partly as an escape from the exigencies of the art circuit and partly because, like Purifoy, it is where he picks up much of the raw stuff of his art.

Some 30 years ago, Simi Dabah took a welding course and, since then, has been making abstract sculptures from pieces of scrap steel in studios in both LA and Joshua Tree. Before you reach his eight-acre outdoor gallery on Sunfair Road, you will have driven past several of his iconic rusted sculptures, which he has donated to non-profit organizations such as the local library, the community college or the Frank Lloyd Wright-designed Institute of Mentalphysics. Others he gives away to charity fundraisers.

Alma Allen, who shares something of Dabah’s ingenuous sensitivity to form and materials, relocated to Joshua Tree nine years ago. Since being included in the 2014 Whitney Biennial, he has received wider exposure than ever before in his career. This January, he will have a solo exhibition at Blum & Poe, Los Angeles. But the self-taught Allen was doing fine before he was ushered into the limelight, making furniture and sculptures for clients inside and outside the art world.

What exactly does that phrase – ‘the art world’ – signify for these very different artists? Something monolithic, inward-facing and impenetrable, perhaps. If so, I think that’s a misconception, but one we all sometimes share. For me, it is a source of optimism – not that people are thriving without the sanction of the urban, academic art world, as if the choice were one or the other, inside or outside, but rather that these different conversations, and different communities, are finding more and more points at which to intersect.

When asked what he found productive about working in Joshua Tree, Purifoy answered: ‘I look up less often in anticipation’, undisturbed by the ‘comings and goings’ of a city studio. ‘Here in the desert, the rabbits, the birds, the scorpions, the lizards all run quiet.’ Before we rush to drag everything into the mainstream, we should bear in mind: every conversation requires silence as well as noise.

State of the Art
Learning to Love the 2010s

In our first issue of the new decade, we look back on some of the best (and worst) of the last ten years and find a few reasons to be excited for 2020

Critic's Guides
Has There Ever Been a Blander Epithet than ‘Interesting’?

To address the ‘interesting times’ alluded to in the title of the 58th Venice Biennale, we must challenge the language we use to describe them 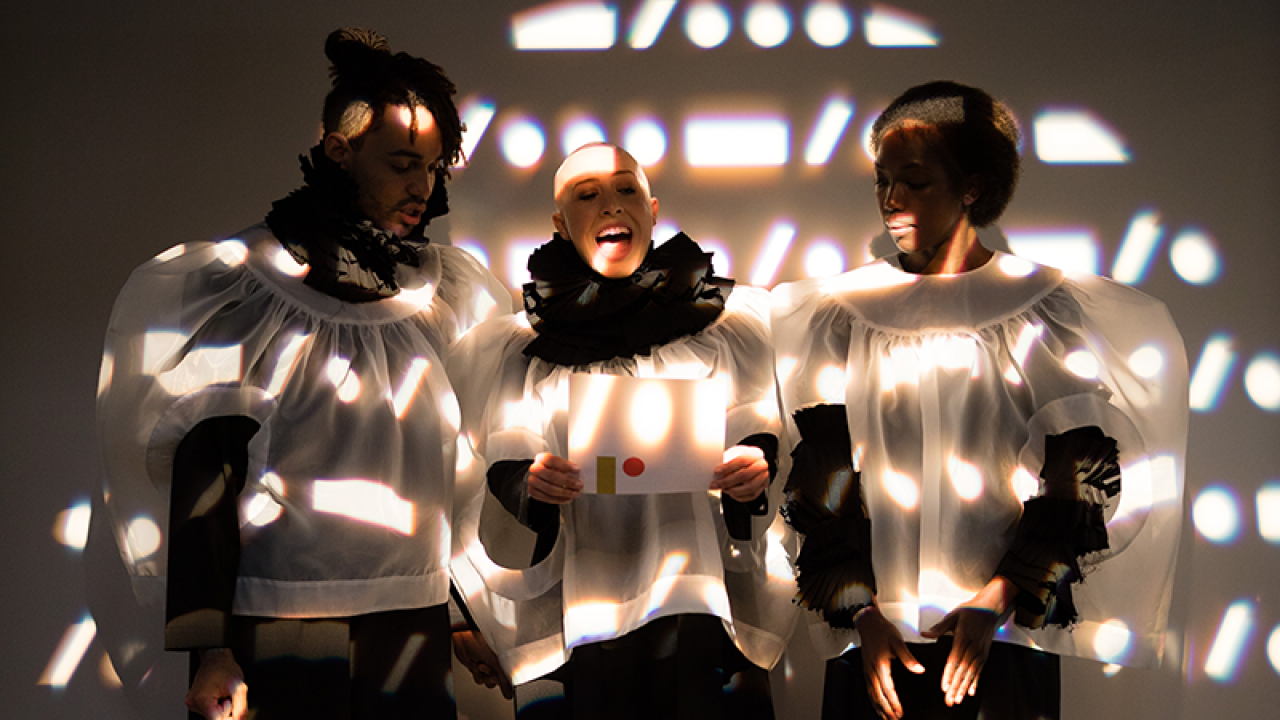 The RU.in.ART commission at Frieze Los Angeles channels the history of Californian performance into a celebration of the present moment