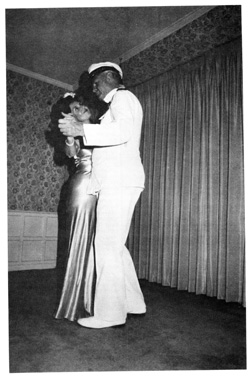 What happens when a magazine becomes a book? The most obvious answer is that it preserves precious information. Magazines are, after all, almost ephemeral. Although it is possible to preserve perfectly pristine back catalogues, this necessitates not reading them; those with their contents consumed end up somewhat tattered and torn. Yet a magazine is by its nature topical and judged by its ability to pick an opportune moment. To take content that was once timely and make it newly available turns upside down the very definition of a periodical itself.

REAL LIFE Magazine: Selected Writings and Projects 1979–1994 is compiled with an awareness of this conundrum. Established by artist and critic Thomas Lawson and writer Susan Morgan, the relatively short-lived magazine’s aim was ‘to provide a forum for the critical discussion of new work by a new generation of artists’. Although that 1980s’ generation is no longer new, this volume of selected articles resists historicizing its subject not only by reproducing pages entirely unaltered, typographical errors and all, but also by aping the engagingly erratic spirit of the original magazine itself. Incongruous black and white reproductions of Laurie Simmons’ photographs ‘Sam and Dottie Dance’ (1980) – depicting sailor-suited Sam and slippery-satin-dressed Dottie – waltz, somewhat uneasily, on the pages between Richard Prince’s part-porn part-film critique ‘Menthol Pictures’ (1980) and Jim Bradley’s discussion of Anthony McCall’s 1979 film Sigmund Freud’s Dora. This tempting tangle of material allows the reader a beguiling glimpse of work at the point of its production: Valentine Taransky on Sherrie Levine’s use of collage is unexpected, offering Levine’s oeuvre as an emotionally loaded one before its oft-noted critique of representation and originality were decided.

Yet REAL LIFE is more than a series of individually interesting insights; en masse these articles add up to an engaging illustration of the 1980s’ New York art world (and a bit beyond). Chronologically organized, the volume tracks the decade’s trajectory from its media infatuation – demonstrated by Barbara Kruger’s ‘Devils With Red Dresses On’ (1980), a scrutiny of the sexual economics of Jane Russell and Marilyn Monroe’s characters in Gentlemen Prefer Blondes (1953) – to one animated by the relations between aesthetics and activism, here attested by Group Material’s AIDS Timeline (1990), a six page photo-essay piecing together images of youths in towels, the cover of Newsweek magazine, alarmist statistics about the spread of AIDS and discordant pictures from trash television, including Dynasty spin-off The Colbys, rounded off with grainy close-up photographs of the front and back of Jasper Johns’ White Flag (1955–8) (Christie’s sales information included).

Yet the narrative constructed here is not a singular story; diversions abound, including Rex Reason’s (David Robbins) interview with Nature Morte gallery directors Peter Nagy and Alan Belcher, in thrall to ‘Mary Boon-ism’ and ‘Julian Schnabelism’ (1983–4), and an extensive interview with David Hammons (1986) in which the artist recounts his progress from arriving in New York in 1974 with ‘a whole exhibition in two tubes’ to his sculptural experiments with spades and hair (‘the most unbelievable fibre’). REAL LIFE takes these diverging accounts and makes them newly relevant. All of which goes to make up a distillation of a magazine that was more of its time than most.