When British photographer Nick Knight, in his foreword to Stylists: Fashion Visionaries (2012), defined the new wave of stylists as being able ‘to open your eyes to a world you had not – or could not possibly have – imagined’, he might equally have been describing the paradigm shift in exhibitions, which in the past few years have evolved from straightforward historic narratives or showcasing excellence towards presentations that offer entirely new perspectives. Beyond mere entertainment, for the so-called experiential generation living in a post-truth era, these painstakingly researched exhibitions feed new cultural conversations and provide honest, alternative appraisals of a world blurred by mixed messages.

The recent ‘Exhibitionism’ series of Frieze Academy talks – staged in London to recognize that the first ever public exhibition, which showcased innovations in the decorative arts, was held in the city in 1756 – paid homage to this vital world of exhibitions past, present and incoming with a deep dive into the icons and underdogs, innovators and agitators of the new landscape.

Curators Eleanor Nairne and Victoria Broackes, of Barbican Art Gallery and Victoria & Albert Museum respectively, both detailed exploring contentious territory when exhibiting the legacy of cultural icons. ‘With Bowie, it was key to show the struggles and misses that paved the way to legendary status,’ said Broackes of the museum’s 2016 tribute to the musician. In researching the Barbican’s 2017 ‘Basquiat: Boom for Real’ show, Nairne recalled a labyrinthine investigation into artist Jean-Michel Basquiat’s daily rituals – even uncovering the music he listened to as he painted – to establish a more nuanced picture of the man, his methods and his ideologies than that typically afforded by Warholian sensationalism. Puncturing glossy veneers to track hardcore truths was the bedrock for other speakers, too. Not least of these was E.J. Scott, pioneering curator of the Museum of Transology, a continually expanding exhibition spotlighting the lives of the transgender community, which most major institutions have, at least until recently, refused to embrace. In Scott’s words, the museum is ‘taking ownership for the disenfranchised to showcase not only pain and despair but narratives of joy, desire and ecstasy’. Effectively commissioning the community (all the objects in the exhibition have been submitted, not procured), the Museum of Transology presents a new model of curatorial practice, proving, to quote Scott, that ‘in modern curation, engagement is not the enemy of connoisseurship’.

Bàrbara Rodriguez Muñoz, curator at the Wellcome Collection, similarly dissected how to dispatch the dangers of cultural clichés via shows like 2016’s ‘Bedlam’, which reworked the narrative surrounding mental illness to encompass multiple voices. Tory Turk, a self-confessed ‘method curator’ also acknowledged overhauling old tropes. An archivist and curator who probes music and style subcultures, Turk presented a picture of modern curation that never gets too ‘muse-ological’, and in which the extraordinary everyday people of street life and club culture rule. She also enlightened audiences with her current work, digitizing seminal pre-internet magazines such as The Face: ‘We’re opening the 21st-century black hole, which will mean we’ll be able to cross-reference everything, correcting all kinds of long-propagated myths,’ said Turk.

The physicality of exhibition-making also fell under the microscope. Architect Matt Thornley, co-designer of the Victoria & Albert Museum’s 2018 show ‘Frida Kahlo: Making Herself Up’, talked about using sensory cues to elicit feelings of transcendence, while polymath exhibition designer Andrés Ros Soto, an expert in shows that investigate more abstract topics (from the Wellcome Collection’s 2012 ‘Superhuman’ to this year’s ‘Top Secret: Ciphers to Cyber Security’ at London’s Science Museum), shone a spotlight on his work with augmented materials and sensorial enhancements that have redefined the exhibition experience as never before.

For its closing chapter, the series looked at the immersive, technological storytelling explored by James Lavelle and Andrew Melchior, two leading authorities from the most maverick corners of the music industry. Discussing technologies so advanced, interactive and mind-bending they may well entirely revolutionize the dynamic between curator/narrator and exhibition-goer, Melchior, Chief Technical Advisor on the ‘Björk Digital’ immersive exhibitions (2016–ongoing), said: ‘We’re trying to enhance the pleasure or the immersion. From the notion of a messianic third space to living archives, we’re looking to create a deeper synchronization between the art and the audience.’

Katie Baron is a London-based writer, content director, brand strategist and futurist with extensive experience within the fashion, retail and design industries. A recognised force in futurism she is also the global Head of Retail (Trends, Insights & Innovations) at Stylus.com.  She is a regular contributor to SHOWstudio.com and Forbes.com, a founding member of LCF’s future-scoping think-tank Digital Anthropology Lab and is the author of two books on visual culture - Stylists: New Fashion Visionaries and Fashion + Music: Fashion Creatives Shaping Pop Culture. 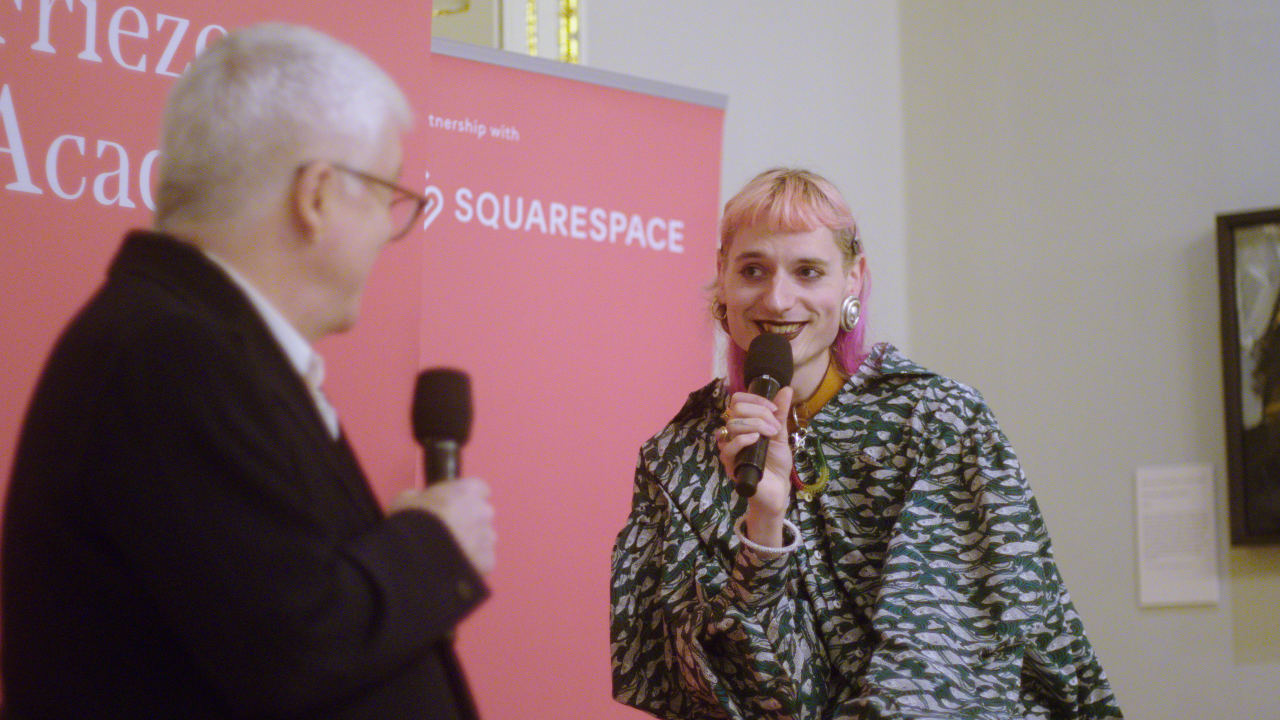 Frieze
Matty Bovan: 'Don't Try and Be Something You're Not’

Matty Bovan explains his creative background, being a UK designer based outside of London and the role his website plays as an archive of the different ‘characters’ at play in his work 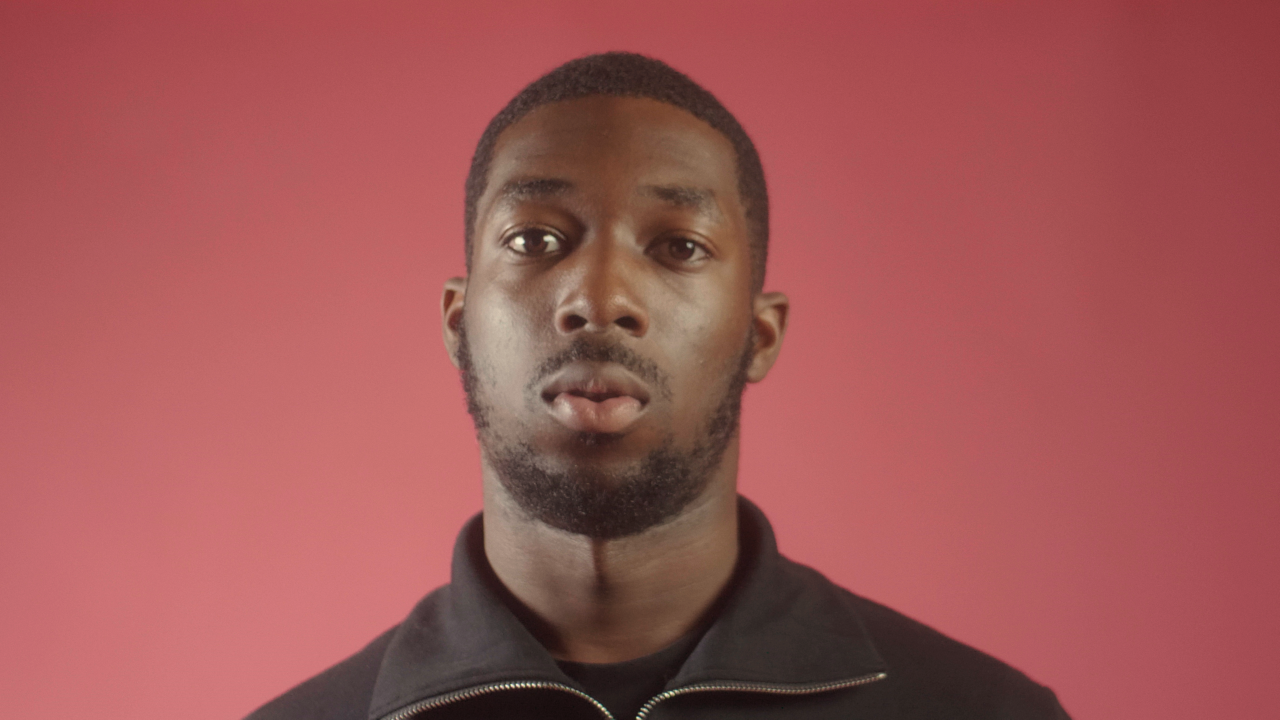 Collaborations , Videos
‘I Always Give Back to the Community, No Matter What’ 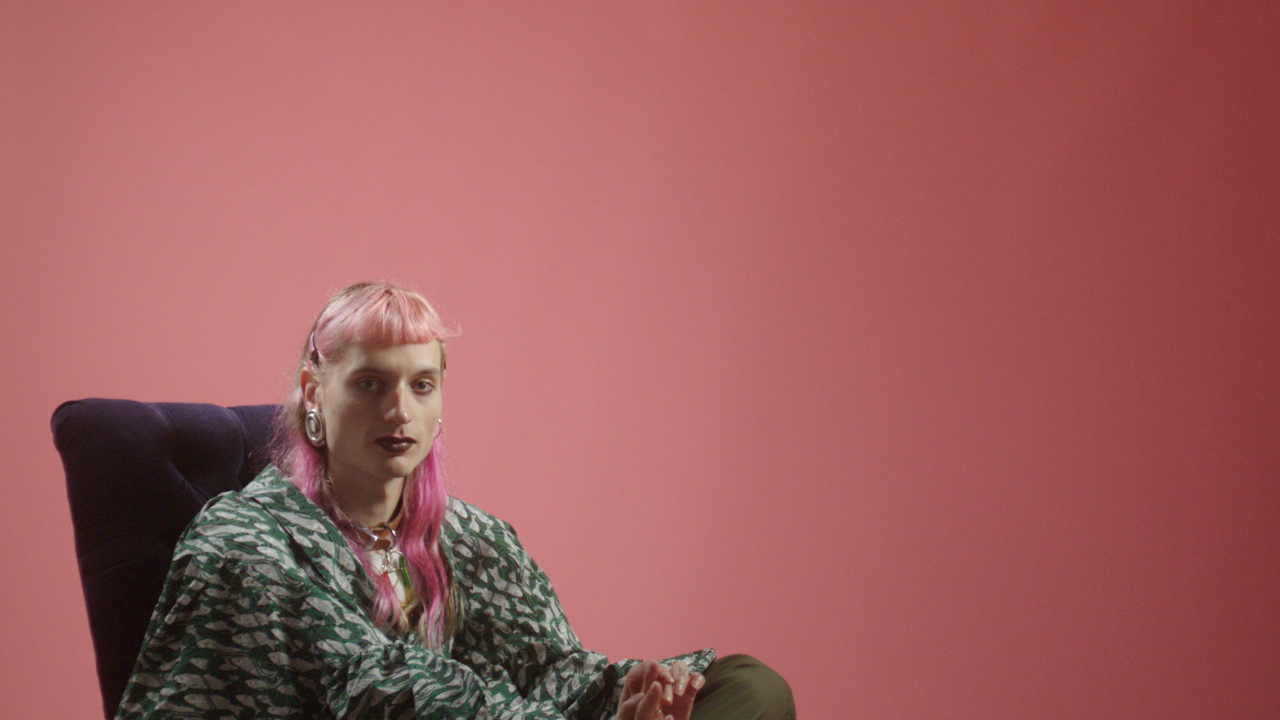 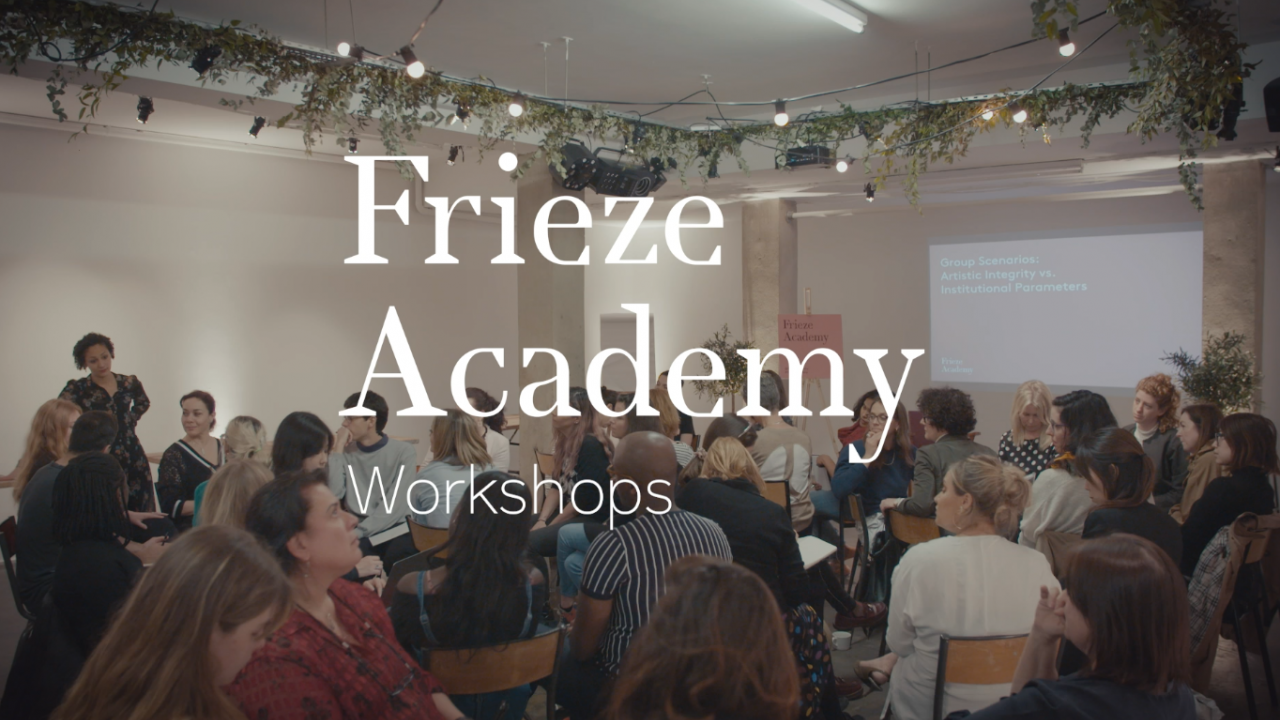 Frieze
What is a Frieze Academy Workshop?

Take a closer look at what a Frieze Academy Workshop involves, with highlights and insights from attendees and speakers of our ‘How to… Curate an Exhibition’ Workshop. 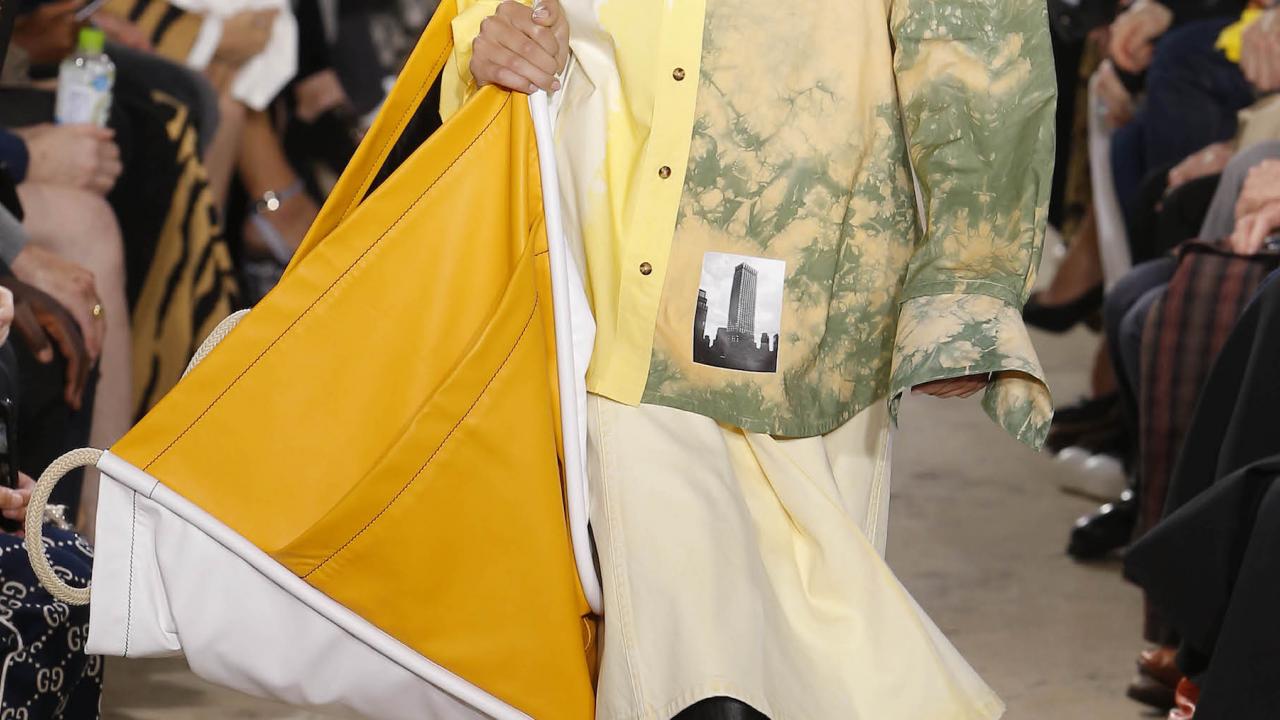 Frieze
How should we reimagine identity? 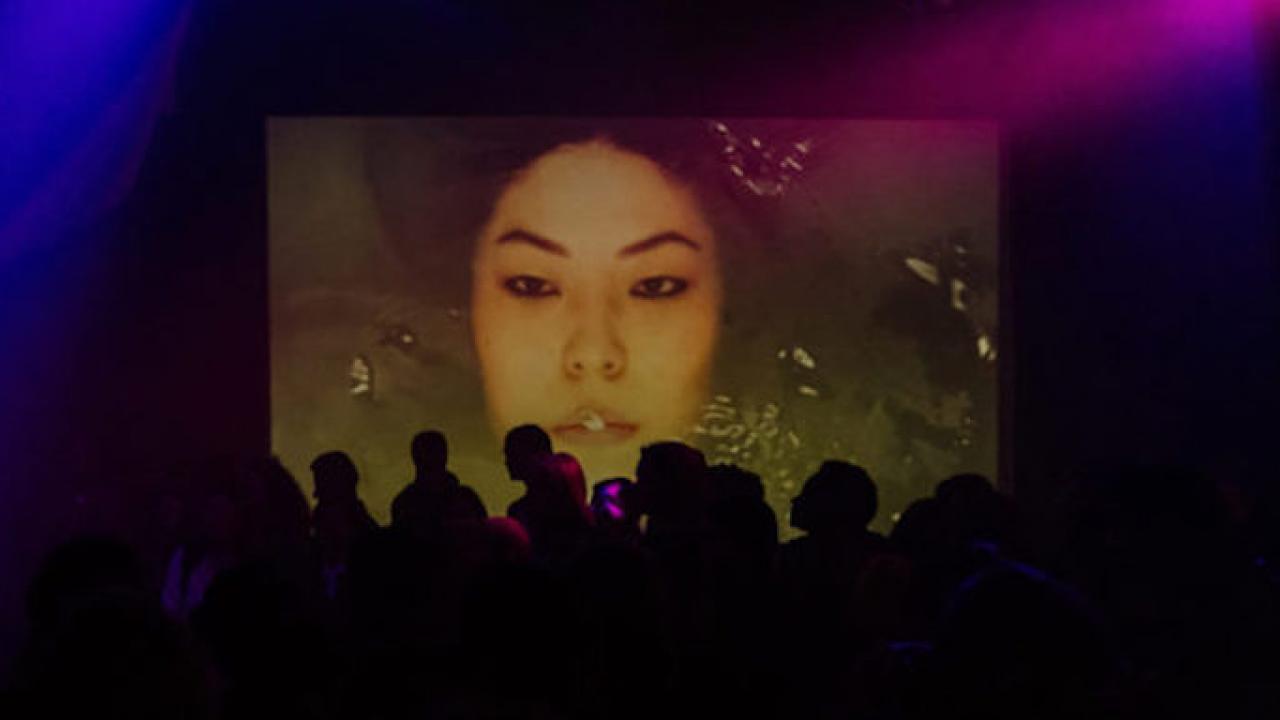 Pandora Lavender speaks to the writer, artist and curator about identity, #GlitchFeminism and new configurations of the ‘body’