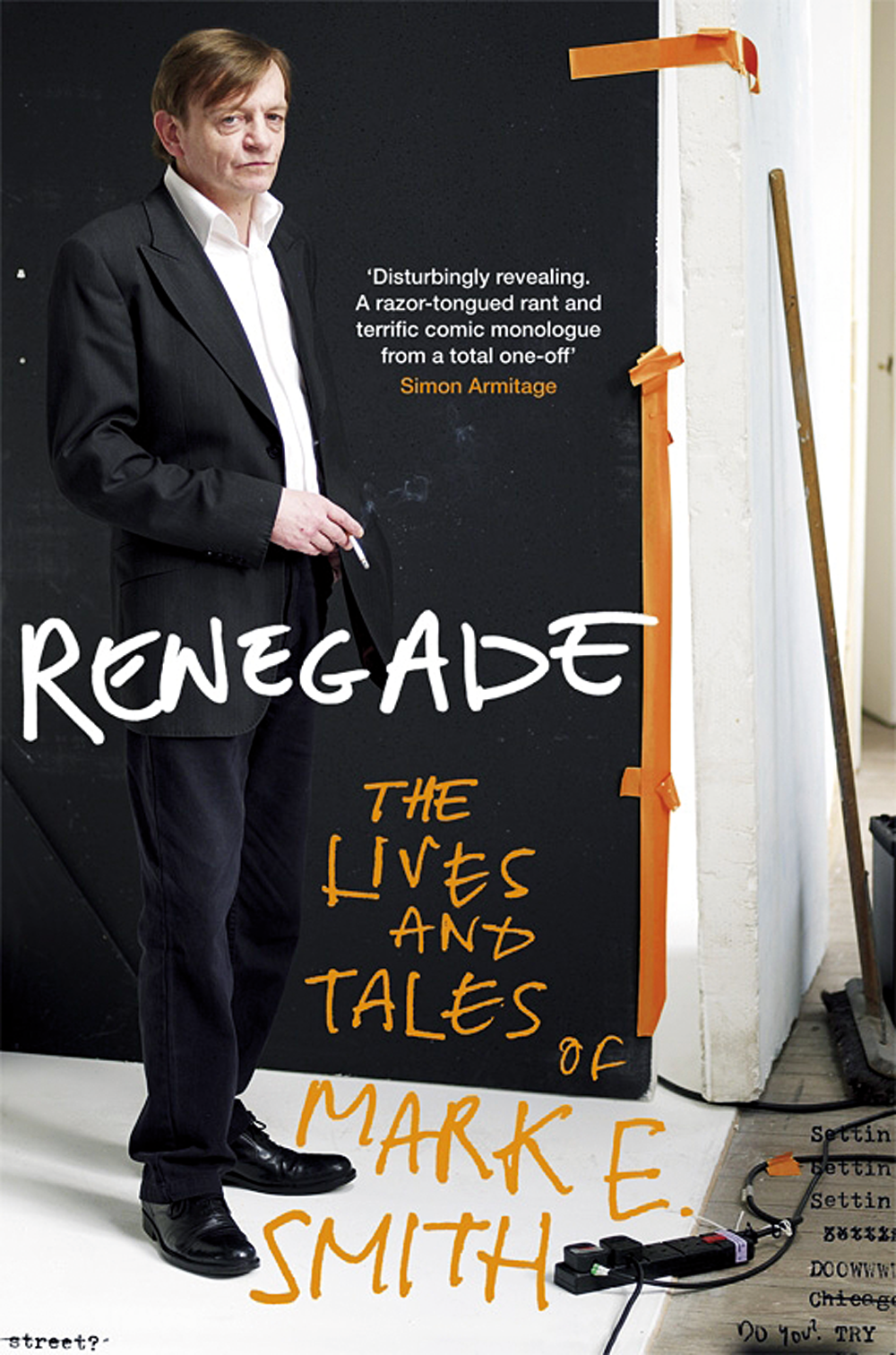 Although it masquerades as an autobiography, Renegade: The Lives and Tales of Mark E. Smith (2008) is in fact ghost-written. This oxymoronic proposal is apposite, not incidental. For over 30 years as the front-man of British band The Fall, Mark E. Smith has made art from the manipulation of incongruous circumstance. Furthermore, the subject of this book is not so much the past as the present. Smith addresses the state of the nation through a sequence of observations on British social and cultural development since the 1970s. He describes Lindsay Anderson’s social satire Britannia Hospital (1982) as his favourite film and a key influence on the album Perverted by Language (1983); a number of parallels between their work can be drawn from this.

Smith identifies a Britain locked into a death-rattle of supplication, in which the population’s natural creativity is zapped by a series of unhealthy preoccupations: a mediated diet of non-meritocratic celebrity and vacuous gossip (‘tittle-tattle’), nostalgia, depression and self-analysis, all disempowering and addictive. ‘Lousy celebrity’ is perpetuated by degraded media that have abandoned any serious commitment to artistry. Patrick McGoohan’s 1960s’ television series The Prisoner is referenced as an example of radical art-making and as an allegory of social control today. The masses are supine, dosed by the media and mismanagement – Smith frames this as an inverted culture fuelled by the ‘imperialist’ attitude of the likes of Tony Blair: ‘People are beaten down by bogus wisdom every day, bogus notions of management. You only have to look at those two violent Fagins – George Bush and Tony Blair – to see that.’ I had to look up this use of the word ‘Fagin’. It is defined as ‘one who sends out children to commit crimes’.

Another recurrent theme is the potentially bourgeois hypocrisy of liberalism. ‘They [the media] couldn’t understand that the left and right were never a threat anyway – that the worst thing is a sanitized society ruled by the middle-class.’ If these are Smith’s villains, his heroes are largely mavericks. He locates himself in relation to a holy trinity of British alco-sportsmen – Malcolm Allison, George Best and Alex Higgins. Leigh Bowery is described, not unreasonably, as ‘a proper artist’, and it’s a nice surprise to read that the record producer Pete Waterman also holds favour: ‘He’s a good worker […] all those years digging graves have held him in good stead.’ Smith articulates his commitment to his home town of Manchester: ‘you don’t need to go far for your lyrics when you’ve got characters like that in your local.’ For Smith a local base enables depth and authenticity of content. Universality, where it occurs, is the result of the quality of the art work. At the same time Smith pinpoints an oppositional trend: the conservatism of contemporary youth culture, specifically in relation to cultural recycling: ‘It’s like their entire existence is based upon re-enacting their mams’ and dads’ lives. It’s scary.’ He is opposed to ‘regressive idealism’: ‘you can’t live in the past like that – it’s a lot more dangerous than you think.’ Like Lindsay Anderson, Smith emerges as an expressive realist, capable of serving up major imaginative works that are fundamentally connected to the present but which may look like something else entirely.

Nathaniel Mellors is an artist and musician. He is a co-founder of Junior Aspirin Records, a Senior Lecturer in Contemporary Art Practice at Leeds Metropolitan University, UK, and an advisor at the Rijksakademie van beeldende kunsten, Amsterdam, the Netherlands. He lives and works in Amsterdam and London. He is currently exhibiting ‘Ourhouse Episode 3 feat. BAD COPY’ at Salle de Bains, Lyon, France. Forthcoming solo exhibitions include Malmö Konsthall / C-salen, Sweden and MONITOR, Rome, Italy, in November 2012.