Richard Hamilton began studying James Joyce's novel Ulysses (1922) during his national service in 1947 and made his first preparatory sketches the following year. With a cumulative history of 55 years so far, 'Imaging Ulysses', an exhibition of Hamilton's illustrations of the novel, is as Homeric a quest as could be hoped for. Even to contemplate translating the irascible mother of all Modernist novels into a thoroughly Postmodern mêlée is an act of immense courage. Not only are the scale and content of Ulysses daunting, but the perception of the role of such an undertaking provides little incentive. The term illustration tends to be derogatory and, although regard for mimesis and narrative waxed and waned throughout the 20th century, it was definitely scorned by painters when Hamilton embarked on the project.

The very notion of imaging Ulysses seems an oxymoron. Although wildly vivid, the book is strangely non-visual. There isn't one iota of description of the main character Bloom until, deep in the throes of a deranged hallucinatory sequence, he 'opens his tiny mole's eyes'. A picture of Dublin and its inhabitants on 16 June 1904 can only be gathered by the unpicking of metaphor and archetype - but then this is possibly what makes the prospect of its illustration so different and so appealing.

Soon after the initial publication of the novel Henri Matisse was commissioned to illustrate a limited edition. Although Joyce despised all painting except portraiture, he accepted Matisse's etchings probably because they were derived from the imagery of Homer's Odyssey - the original model for Joyce's structure. Matisse did not consider the project a success. Although Hamilton boldly deals directly with Joyce's text, he came to the inevitable conclusion that the illustrations should not be incorporated into a new edition of the novel. Although this decision was predominantly made on economic grounds, it also saves Hamilton's work from too close a proximity to the dazzle of Joyce's writing. The prose is ever-shifting, with the time-based act of reading facilitating a cyclical pace controlled by the writer's incredible manipulation of narrative span. Hamilton's imagery, however fractured or kaleidoscopic, is fixed in real time, with every facet showing at once. The irrefutability of the visual can never characterize the unfurling nature of a novel or the climactic build-up of a torrent of wordplay. Yet these prints and drawings fundamentally empathize with Joyce's project, conveying a similar understanding of the layering and interleaving of experience, the imposition of rules to create a hidden logical structure and the boundless potential of historical and popular culture.

Consequently, Hamilton's extensive and still fermenting body of work should be considered a continuation of Ulysses rather than an orthodox illustrative reworking. Like a snatched view through a leafy tree, Hamilton is not creating a panorama or portrait. These are studies and manipulations of Joyce's own studies, a set of points of compliance between the writer and artist. The composition of Hamilton's With Unfeigned Regret (1988) depicting Patrick Dignam's funeral, was plundered from a photograph of Joyce's own funeral in Zurich in 1941 to create a self-referential resonance. In Horne's House(1981-2) corresponds to the 'Oxen of the Sun' episode, a drunken session downstairs with a woman giving birth upstairs, which apes the evolution of language from ancient and Middle English through to contemporary Irish in a long, dense tirade of florid, stylistic progression. Hamilton's treatment is a composition that calls on a rhetoric of collage and stylistic plasticity. With elements ranging from the aesthetics of Easter Island and ancient Egypt to Cubism and Futurism, it provides a condensed art-historical version of the survey of language.

Perhaps the most irresistible section of the book from which to loot imagery is the etiolated hallucinatory 'Circe' episode, set in a brothel, when Bloom transmogrifies into a myriad of guises and emotional states at the flick of the pen. Hamilton plucks at the fleeting cameos - an aquatint of a footman with antlers upon which to hang a gentleman's hat is a disturbing materialization of a fleeting literary spectre. The distance between thought and writing, although drawn close together by Joyce through the stream of consciousness, is never totally eradicated. Synaesthesia, obsessive neuroses or fallow blankness are barely representable even in writing as minutely evocative as Joyce's, and pinning them down to concrete images creates an even wider breach. But what this exhibition does reveal is the involved production of an image constructed from layers of significance. A fastidious consideration of technical process and stylization, along with a curious range of historical references, build up an intimate portrait of Hamilton constantly interrogating Ulysses and his own modes of picture-making. 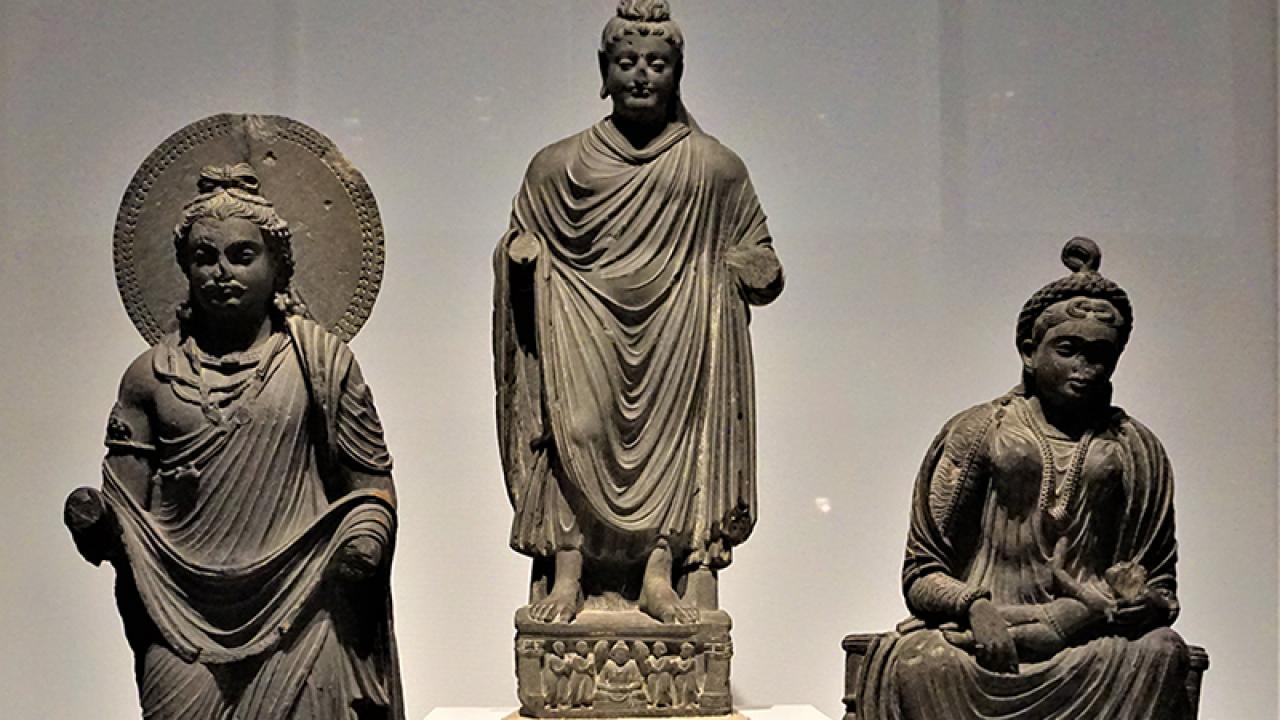