I
BY Isobel Harbison in Culture Digest | 22 AUG 17

A spotlight falls on Erna Ómarsdóttir, artistic director of the Iceland Dance Company (IDC) who is dressed like a medieval wench with jester face paint. She is alongside her colleagues Fridgeir Einarsson and Sigtryggur Berg Sigmarsson (both dressed office casual). Standing in front of the curtain of the Royal Festival Hall, Ómarsdóttir and Einarsson introduce the hefty programme of Sacrifice, a multi-faceted billing featuring performance, dance and film reflecting on ritual, religion and art. Delivered in a dry, self-effacing manner, they exit stage right, leaving a poker-faced Sigmarsson alone to segue into proceedings. He does so with gusto, his body progressing from a rigid posture and simple repetitive hand gestures to full convulsions, chanting ‘yippee ki-yay’ until this expression of joy contorts into a primal screen. The curtain rises for the first performance of the evening.

Heavy breath-work and ghoulish screams are leitmotifs of Shrine, expelled against more rhythmic passages mixed by the company’s musical director, Valdimar Jóhannsson. It is a melodramatic contemporary ballet combining traditional and modern styles, with various callisthenic and cheerleading elements, wigs of long dark hair used instead of pom poms. Shrewdly handled by the dancers, the wigs simulate pulsing dancers at one moment, and the long tresses of Mary Magdalene, the next. Corporeal rituals and sacred iconography are conjured efficiently throughout the work. Eight dancers (six are women) move swiftly between quotidian exercises and paroxysms of grief: we’re never far from anguish and howling. In a closing sequence a tangle of dancers blow up pink balloons and then let them all off one by one, to parp, loop and slap, deflated, onto the stage. It’s a welcome schoolboy gesture, like a raspberry blown at the end of a funeral mass.

Set and costumes are minimal and subdued, with the exception of a giant inflatable donut that fills the introductory sequence. Designed by Matthew Barney, it is transparent except for Dunkin’ Donut branding. It is accompanied by a sole singer (Sofia Jernberg), dressed as a donut seller with a branded dress and a smock made of lurid pink PVC. Her Afro is wrapped in a giant donut bun above her crown. This emblem reappears often, from the donut, to exercise elastics, to bike tires’ inner tubing, which join and constrict dancers, suggestive of the cycle of life and the ceremonies that mark it.

Jernberg is a minister, appearing at intervals with various emotive refrains. Her pitch is synthesized so that it seems to rise and float above us, plastic and celestial. Notably, and despite the IDC’s choice to collaborate with Barney and Ragnar Kjartansson whose works typically privilege more fraternal subjects, many of the pieces reverse gender roles within familiar rituals. Kjartansson has teamed up with choreographer Margrét Bjarnadóttir to make No Tomorrow. Eight female guitar-playing dancers perform several lusty, melancholic pieces composed by The National’s Bryce Dessner. Clear footwork compliments their cyclic hand movements so effortlessly it appears as a kind of fantasia, albeit with less pomp. The women are styled in rockabilly denim jeans and loose white t-shirts with rolled sleeves but their various expressions pare down the excessive swagger of a rock star. In one instance, extended arm movements sweep across the guitar faces before rising into a traditional forth position en haut, all limbs synchronized like swimmers. The title song’s macho lyrics also seem silly under the sway of female harmonies, and slowed down and splayed out, all the elements of rock bravado loosen and give way.

Union of the North concludes proceedings. It’s an 80-minute film scripted by Barney, choreographed by Ómarsdóttir and scored by Jóhannsson. With similar themes and phrasings as Shrine, this dance is shot across the familiar environs of a supermarket and a sports shop, parallel activity projected in split screen. The donut stand is again the fulcrum where protagonists shelter and unite between dramatic passages, overseen by Jernberg in uniform. Sequences juxtapose religious libations with the rituals of a beauty regimen; only here leg-shaving and tanning is imposed on a male figure (a silent, nude Jóhannsson), with the exertions of male martyrdom undertaken by Ómarsdóttir. Union is most absorbing when it hones in on everyday banalities like the expressions of distilled apathy on a cashier’s face, or the conversational black hole created by Einarsson as a sad sack janitor (Mike Kelley and Mika Rottenberg haunt the piece) spouting a litany of random facts and statistics to his colleagues without drawing breath, oblivious to their disinterest. There’s the rich Nordic humour of a Bent Hamer film in this blithe resolve to boredom and suffering. It’s so atypical of a Barney feature, I wonder how much licence the IDC has taken with his instruction or whether I’ve simply been missing his jokes all along.

Sacrifice comes up short on any form of spiritual meditation but the many roles and registers the troupe was capable of combining was striking. Fusing dance, sport, sound, music, sculpture and spoken word this was a peculiar and penetrative contemporary vaudeville.

Sacrifice was performed at Southbank Centre's Royal Festival Hall from 18 – 20 August 2017, as part of the season Nordic Matters. 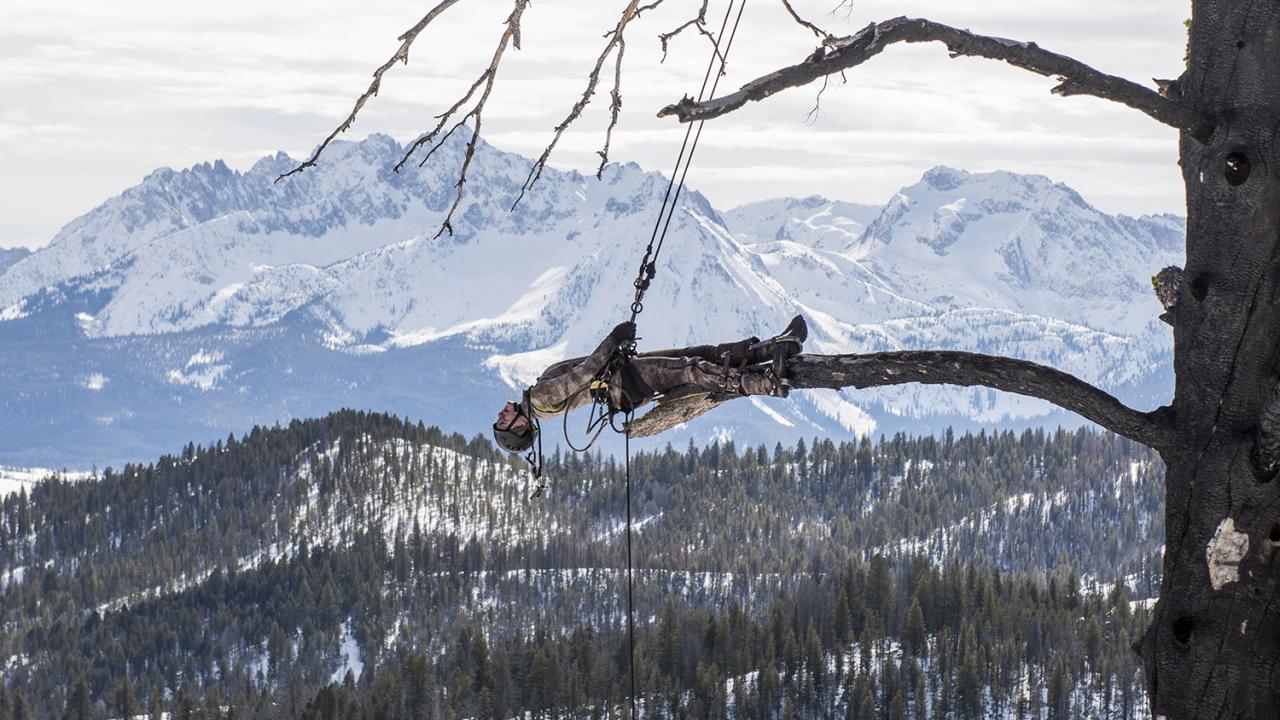