The Royal Art Lodge's 'Ask the Dust' opens with a sketch of cigar-toting comic George Burns, but Vic Reeves might have been a more appropriate choice of mascots for this 'self-serving secret society' operating out of Winnipeg, Canada. The tone of their individual and collaborative works, many of which are generated at the closed drawing sessions that have been a weekly ritual for them since the day after Burns' death in 1996, exhibit the same combination of Surrealist dream-logic, childlike facetiousness and unexpected bursts of melancholy that once characterized Reeves' best television. Current Lodge members Michael Dumontier, Marcel Dzama, Hollie Dzama (Marcel's kid sister), Neil Farber, Drue Langlois and Myles Langlois, along with former cohorts Adrian Williams and Jonathan Pylypchuk, have produced video, sculpture, graphics, puppets, dolls, music and thousands of drawings. But despite the material diversity of their output, a shared sense of (usually dark) humour keeps the crew tightly knit.

Collective enterprise has proved to be a smart strategy indeed for these graduates of the University of Manitoba, an institution somewhat remote from the popularly acknowledged centres of the art world. Even now that individual members have began to build separate careers, undermining part of the group's original raison d'être as a mutual support network, the boyish thrill of being part of a secret gang seems to have endured. The Lodge still store all their collaborative drawings in a mismatched set of battered suitcases. These are decorated according to the quality of their contents, a skull and crossbones signalling those condemned to destruction. According to Neil Farber, these are usually 'terrible jokes, disturbingly ugly, or really boring'.

Looking at walls crammed with their better efforts, the emphasis placed on editing is easy to understand as the price of such a democratic method. Art collectives are everywhere right now but, unlike many others, the Lodge frequently allow the contributions of each member to remain identifiable in the final work.

What appears chaotic in the gallery is subject to tongue-in-cheek overclassification in the accompanying 'Dictionary of Received Ideas' (a homage to Gustave Flaubert?) where works are grouped under headings such as 'The New Physics', 'Caretaking' and 'Flotation'. This may sound like yet more silliness, but the very fact that a number of separate works could be assembled to fit each of these categories indicates that the construction of subject matter‚ as well as the assessment of quality, is itself complicated by the Lodge's freewheeling visual-verbal jam sessions. Still, picking out a few favourites is impossible to resist: look for the drawing of the sailor-suited child with a goat captioned 'Think'; at the study of 'woks worshipping the golden image of Yoko Ono'; and at the rendering of a woman reading a letter from her son, 'Dear Mother, I'm living in the wall now. Love, Scott.' David Shrigley has a lot to answer for, some of it good. The menagerie of home-made animal masks and costumes that punctuate the gallery's interior like hunting trophies are a lot of fun too.

'Ask the Dust' (the title comes from John Fante's 1939 coming-of-age novel) also devotes plenty of space to members' individual efforts. Most of these are derivative but enjoyable. Farber combines elements of Edward Gorey and Yoshitomo Nara in a series of gleefully Gothic cartoons. His hapless anti-hero Jerry recalls Karen Kilimnik's Jane, forever on the receiving end of violent mishaps and sadistic practical jokes. Marcel Dzama's delicate ink drawings are closely related, but more reminiscent of Glen Baxter in their juxtaposition of sinister Surrealism with the archetypes of mid-century children's book illustration. His world, inhabited by gun-toting schoolgirls and pipe-smoking housewives, malevolent tree-people and sophisticated bears, suggests time spent poring over the nastier fairy stories and cautionary tales. Drue Langlois' cack-handed dioramas and acrylics could have come straight from Jim Shaw's collection of thrift store art, while Hollie Dzama tries on identities for size via a felt-tip parade of morose but fashionably attired teenagers. Michael Dumontier's sparse images of dangling electric cables, unwound cassette tapes and tiny clapboard shacks, though not entirely free from the cuteness that fizzes around so much of this show, at least reveal an artist capable of resisting the urge to crack a stream of one-liners, however funny they might be.

A compilation of Lodge video features some world-class larking about, while the Lodge's various bands, including Albatross, and Eyeball Hurt, chip in some fairly unlistenable but well-packaged home-brewed Daniel Johnston kookiness. Also on display are comics, fanzines and Lodge ephemera. That the spirit of the Lodge is so determinedly youthful is both a strength and a weakness. Theirs is the ultimate 'kidult' art, but it is done well enough to suspend disbelief, for now. And Marcel Dzama at least has no illusions about the future: he knows full well that, as in Logan's Run (1976), 'when a member of the Art Lodge turns 30, the crystal in the palm of their hand will turn red and they will be hunted down by assassins.' 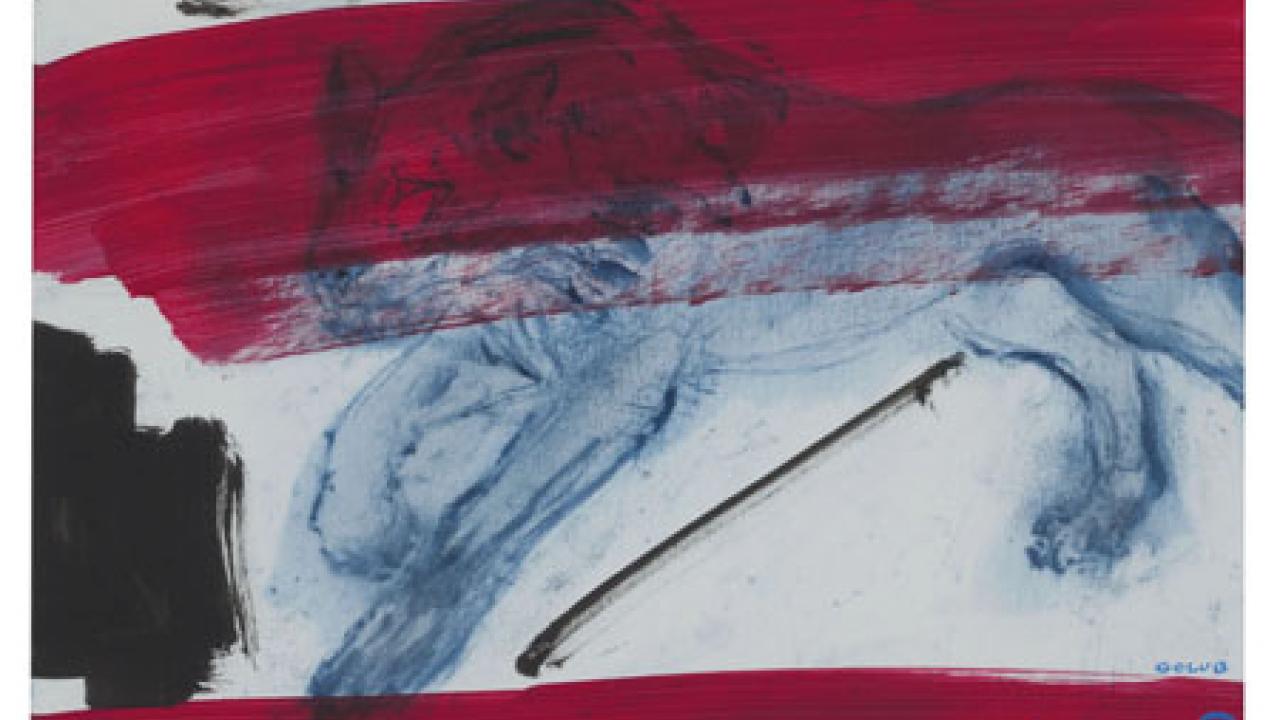