Contemporary art’s confusion about the difference between praxis and practice 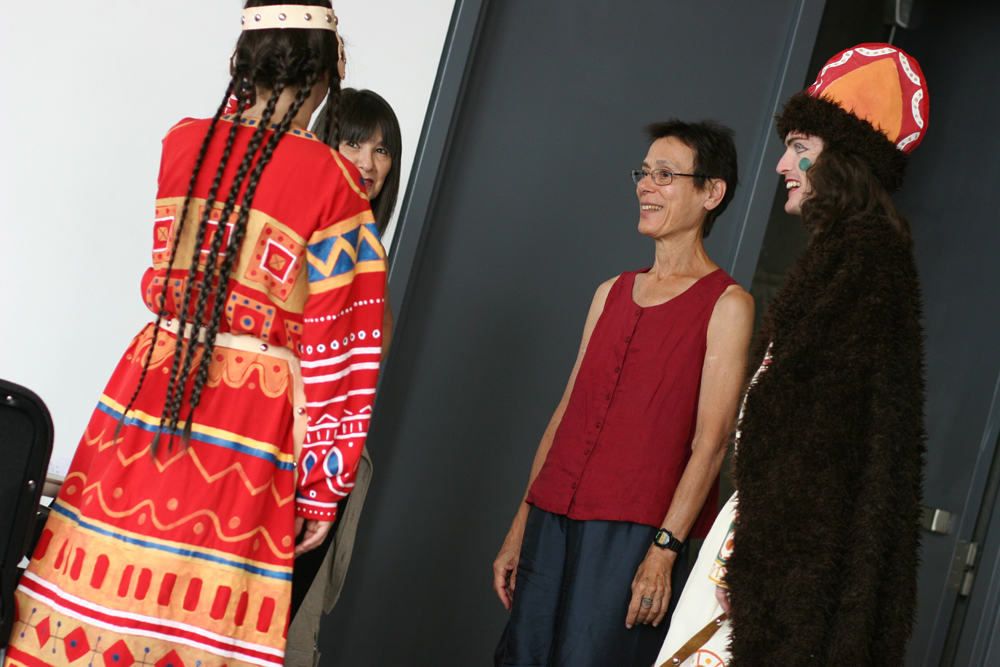 Speaking with a po-mo savvy young artist this week, I felt compelled to ask him what, given his approach to critical theory, was his attitude toward praxis? A puzzled look crept over his face, and, with a candour as admirable as it is rare among those who keep their verbal game up, he replied, ‘What’s that?’

Nowadays nearly everybody has traded in talk about art making or art work for discussion of ‘practice’. However, much of what ‘praxis’ has meant in Western philosophy from Aristotle to Karl Marx – at a minimum it entails engaging in some activity for an appreciable period of time that will actually test one’s ideas against the hard reality they propose to address – has been lost in a semantic shuffle. It is therefore possible now for people who have never made anything with their hands or a machine to speak authoritatively about process and product, while they or others like them confidently pronounce on politics without having experienced social upheaval or done much in the way practical organizing.

When pointed out, the most frequent defence is that intellectual effort should not be invidiously compared to the sweat of the brow and that making theory is praxis. Well, perhaps, if one reserves that division of labour for the handful of writers who actually think new thoughts and convincingly render them in words, as distinct from the legions who more or less opportunistically apply the thoughts of such ‘master minds’ to art criticism, academic treatises and museum scholarship, not to mention mutually congratulatory round tables and exhibition and book reviews. Indeed if theory were to die – which is no more likely than the author, the novel or painting dying in compliance with theory’s mandate – its tombstone will be a wall label, beginning ‘as so-and-so so aptly said… ’.

Yet, if there is every reason to be wary of art worldlings who critique institutions until the moment one hires them, or who preach the Foucaultian diffuseness of power while scrambling to consolidate their own, there are better ones for paying heed to artists who have dialectically matched theory and praxis in both their art and their lives. Exemplary among them is the dancer, filmmaker and writer, Yvonne Rainer. The two public conversations I have had with her this year, along with attending a performance of RoS Indexical (2007), her queered version of Igor Stravinsky and Vaslav Nijinsky’s 1913 The Rite of Spring, have snapped her unique radicality back into focus for me. I say ‘snapped back’ because we have known each other since the early 1980s when circumstances threw us together in an ill-fated campaign to create affordable housing for artists on New York’s ravaged Lower East Side. Other members of this cooperative project included Martha Rosler, the founders of the Video Data Bank, Lyn Blumenthal and Kate Horsfield, and an assortment of street-smart painters, sculptors, and new media artists who by virtue of their ‘practice’ did not benefit from the go-go market of that era and feared being driven out of the city by the gathering yuppie onslaught. That artists were being used by New York’s neo-conservative mayor as scouts for real estate interests did not become fully apparent to us, despite our combined experience of 1960s and ’70s politics, until things got truly ugly. Ultimately the whole scheme fell apart, as it should have, and we walked away bruised, relieved and street-smarter.

Rainer made art out of it. Specifically, The Man Who Envied Women (1985), a structurally complex cinematic meditation on the rise of critical theory and its relations to gender politics – Jack Deller, the male anti-hero, is a womanizing ‘feminist’ academic who can explain everything except the narcissistic enigma he is to himself – and to the urban class war known as ‘gentrification’ taking place outside his seminar room and outside his consciousness. The genius (and I use that word with conviction and for all its gender-jamming effects) of the film is the way Rainer deploys doubled roles to portray social and sexual schizophrenia (two actors play Jack), an invisible female protagonist and narrator, an array of Brechtian devices, and snatches of raw documentary footage that enlarge upon and clash with the central fiction, all in aid of presenting personal and political contractions for which theory is a probe but not an answer and never a substitute for praxis. In sum, Rainer fastens on the myopia and peels away the self-protective delusions of an intellectual enclave that excels at critical scrutiny of other social groups but in the main fails miserably at self-criticism, with the background for the entire inquiry being Rainer’s admitted failure – and mine – to see a larger context clearly in the heat of self-centred action.

If theory is to meet the demands of our newly, already violently, contentious times, it must learn what Rainer learned almost 30 years ago in the ‘class’ rooms of the school of hard knocks.

BY Bonaventure Soh Bejeng Ndikung | 22 MAR 21
MORE LIKE THIS