Frieze is proud to announce that the 2015 Sculpture Park will comprise 16 new and historical works, many of which will enjoy an extended tenancy, remaining on view to visitors to The Regent’s Park until 10 January 2016. Set in The English Gardens, the Sculpture Park is selected for the fourth consecutive year by Clare Lilley, Director of Programme, Yorkshire Sculpture Park.

Nick Biddle, The Regent’s Park Manager, said: ‘It’s fantastic news that the Frieze Sculpture Park will have an extended residency. The Sculpture Park has become one of the highlights of Frieze Week in London, allowing park visitors to experience and discover thought-provoking and visually attractive temporary art installations for free, whilst enjoying a leisurely stroll.’

The Mayor of London Boris Johnson said: ‘Frieze Art Fair is one of the largest art fairs in the world, not only cementing London’s reputation as a global centre for culture and the art market, but contributing significantly to London’s economy. The Sculpture Park is a terrific free attraction and extending its run means that many more Londoners and tourists will be able to see it.’

Clare Lilley said: ‘I am thrilled that Frieze has worked with the Royal Parks and Camden Council to extend the Sculpture Park, for Londoners to enjoy until mid-January 2016. The seven pieces remaining on view, including iconic works by Carol Bove, Richard Serra and Conrad Shawcross, will create a major free cultural attraction in the centre of London.’

Initiated in 2005 and now entering its second decade, the Sculpture Park will once again feature works from both Frieze London and Frieze Masters, sensitively juxtaposing significant historical, modern and cutting-edge contemporary work by international artists. With free public access, the Frieze Sculpture Park gives visitors to The Regent’s Park a rare opportunity to encounter exceptional sculpture, spanning hundreds of years of art history, in the open air.

Works for 2015 include: Lock (1976-7), a major work by Richard Serra, which Peter Freeman (New York) will show for the first time publicly since it was exhibited at the Whitney Museum in 1977; Open Screen (2014) by Carol Bove (David Zwirner, London); a monolith from the pre-Ekoi culture of Western Africa, estimated to be 800–1,000 years old (Didier Claes, Brussels); live performances by Anri Sala, originally commissioned for the 12th Havana Biennial (2015) (Galerie Chantal Crousel, Paris & Marian Goodman Gallery, London); and a tetrahedral tree-like form by Conrad Shawcross, part of his recent installation in the courtyard of London’s Royal Academy of Arts (Victoria Miro, London).

For the third year the Art Fund, the national fundraising charity for art, develops a dedicated app for the Sculpture Park, with detailed information on each of the sculptures and an audio guide by Clare Lilley. 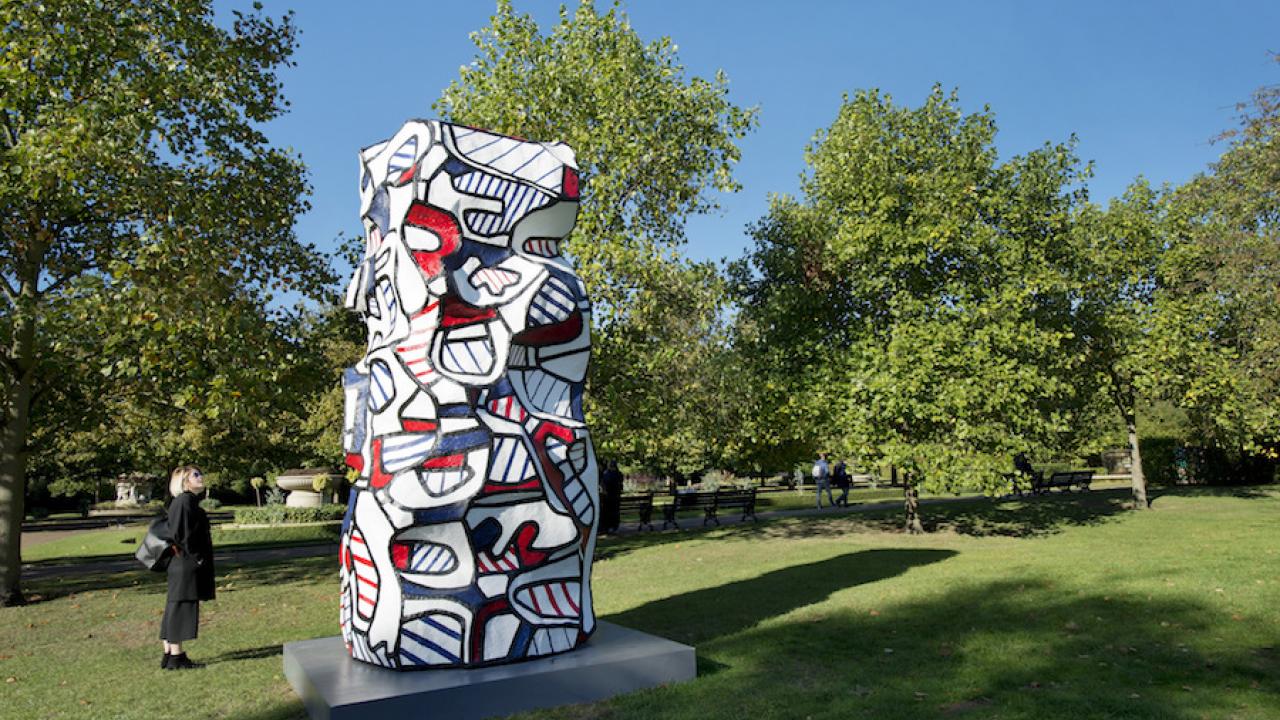 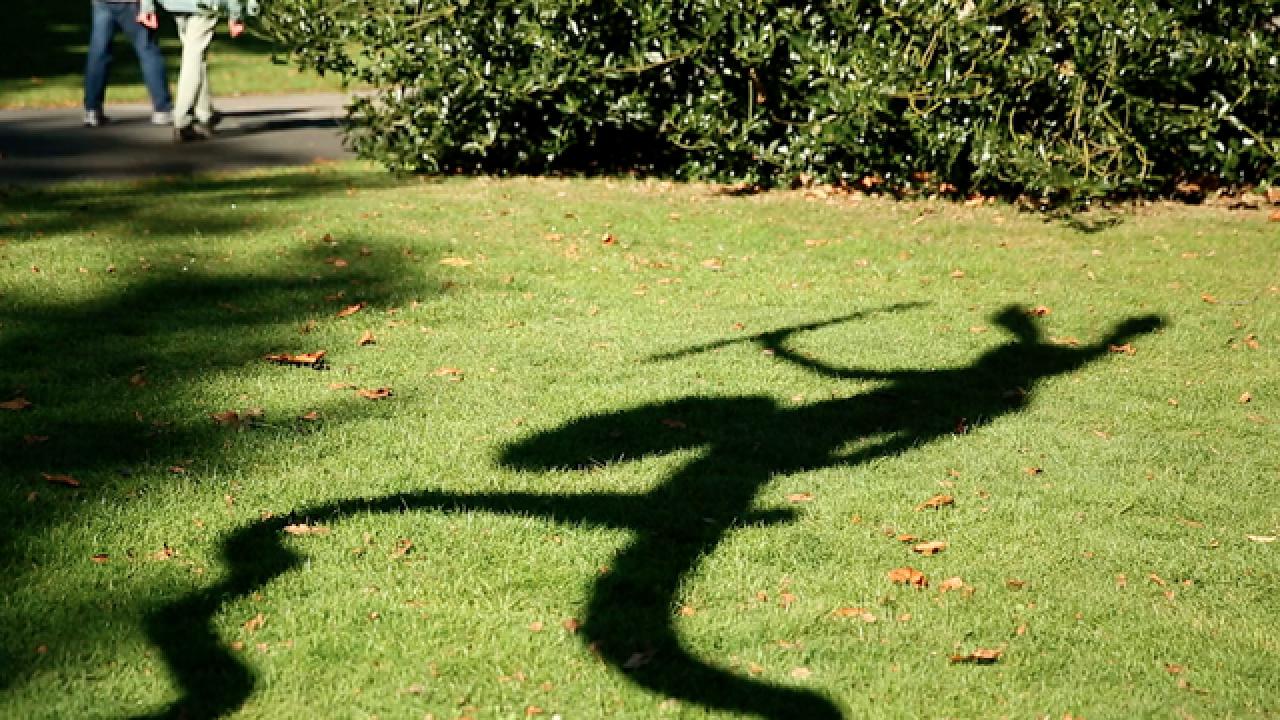 A video guide to the free outdoor art programme, open until 8th January 2017 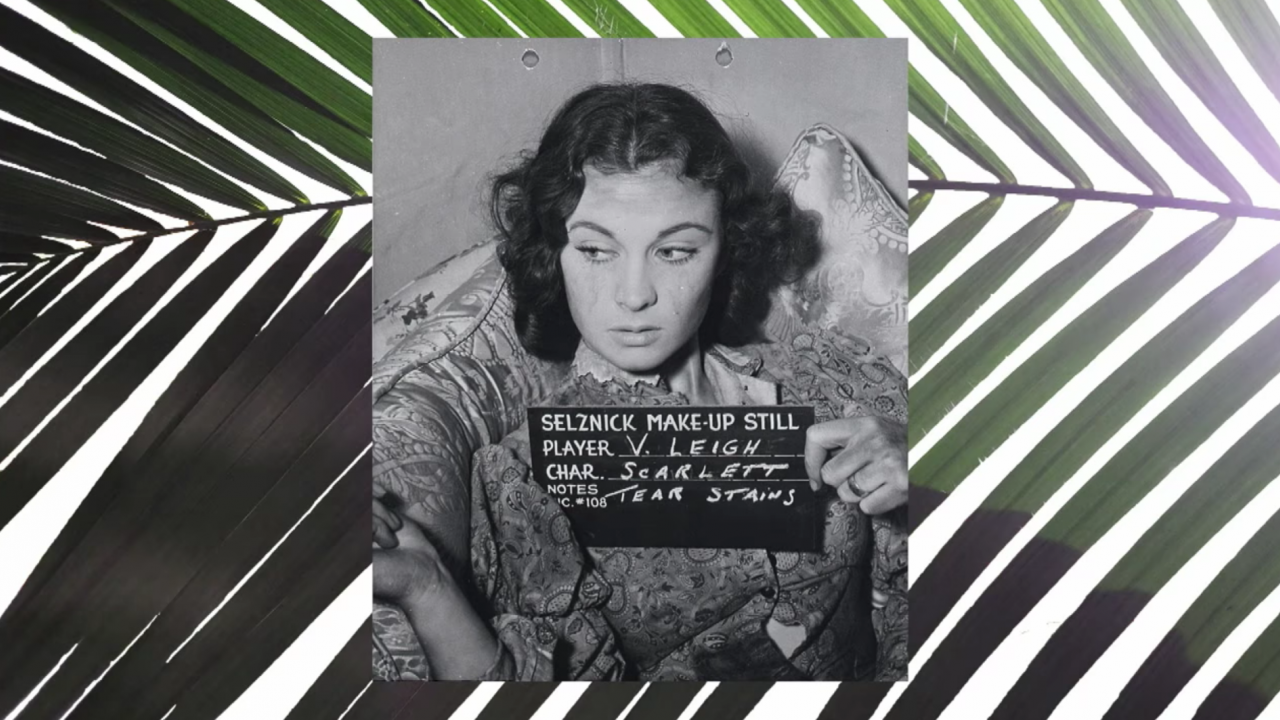 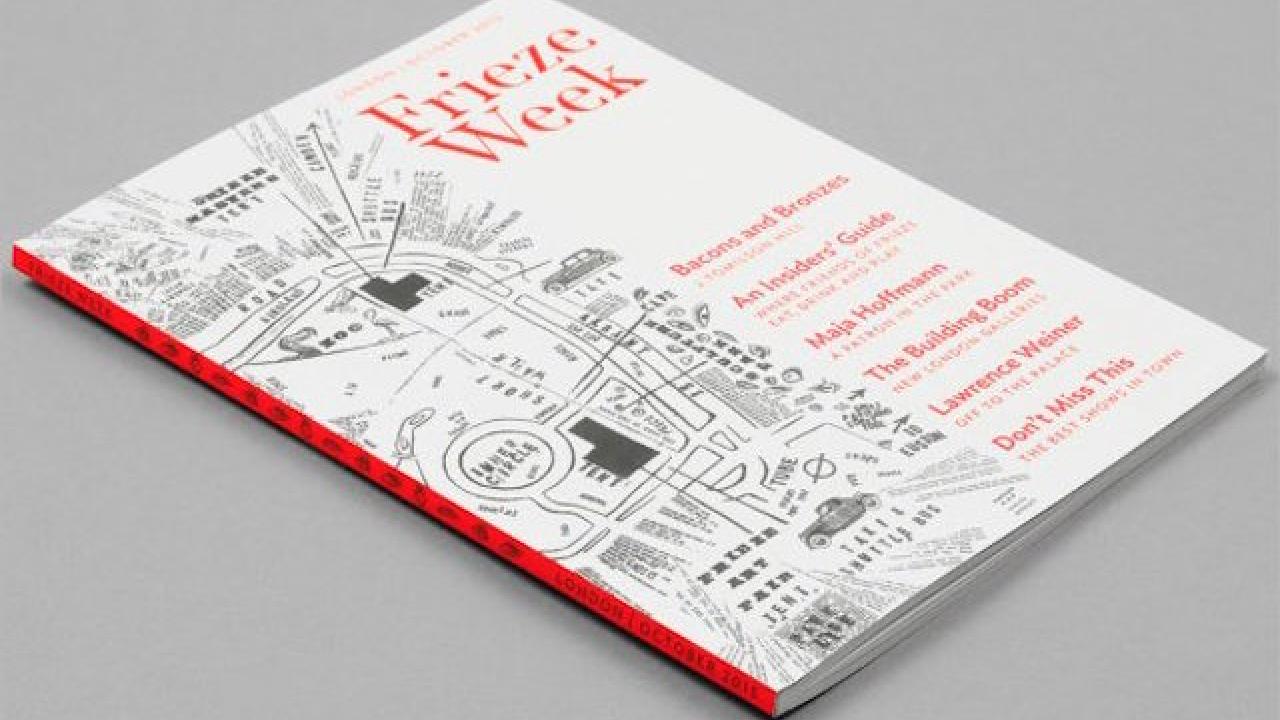 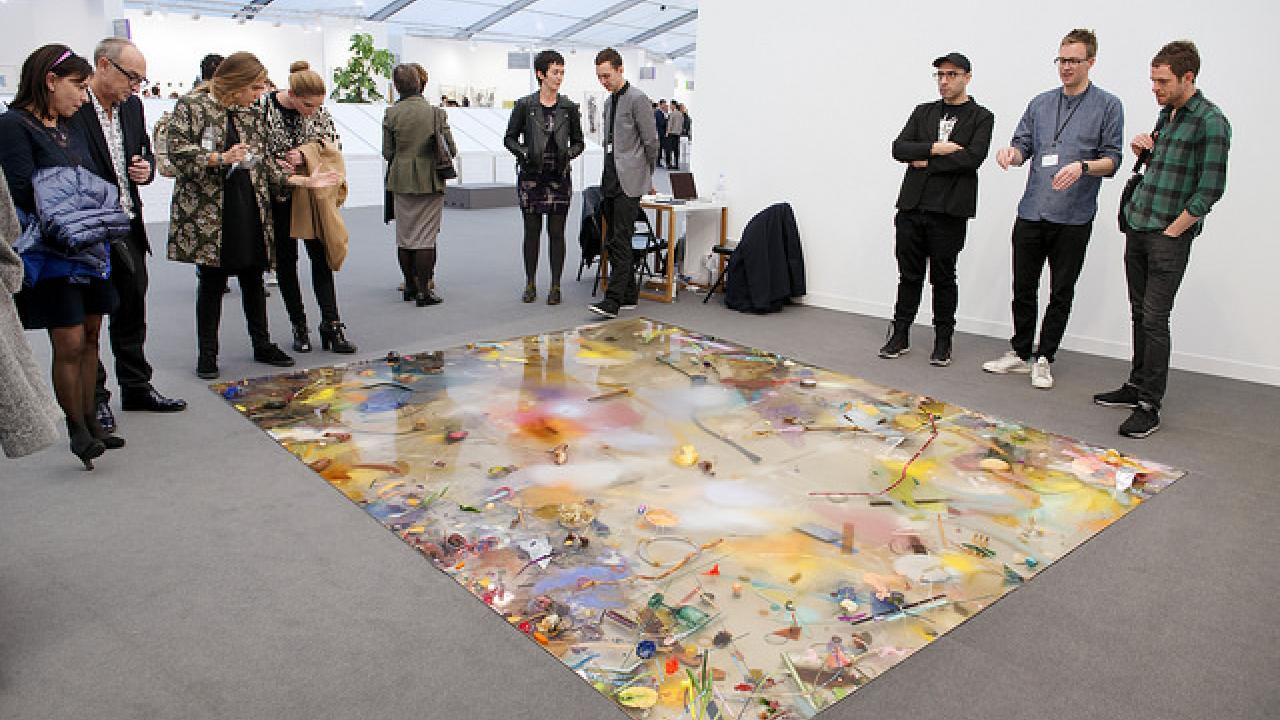 The definitive destination for emerging galleries 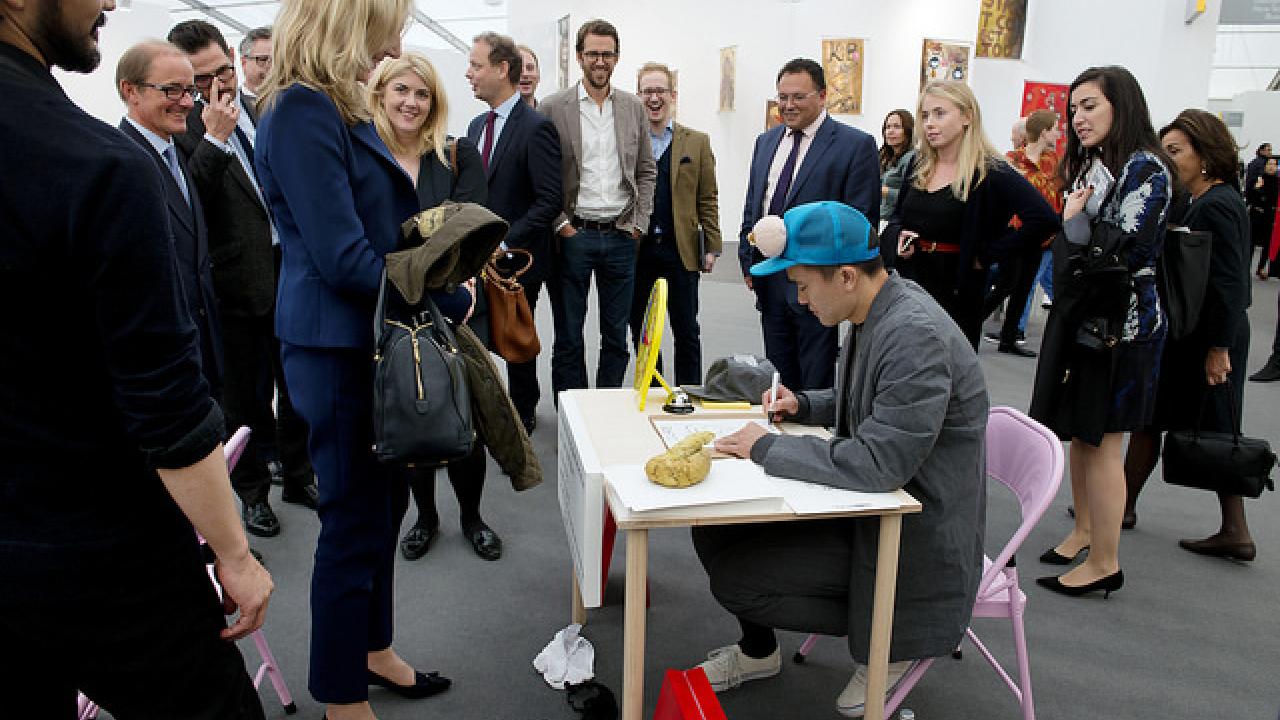 Dedicated to performance and participatory work; developing in breadth and innovation 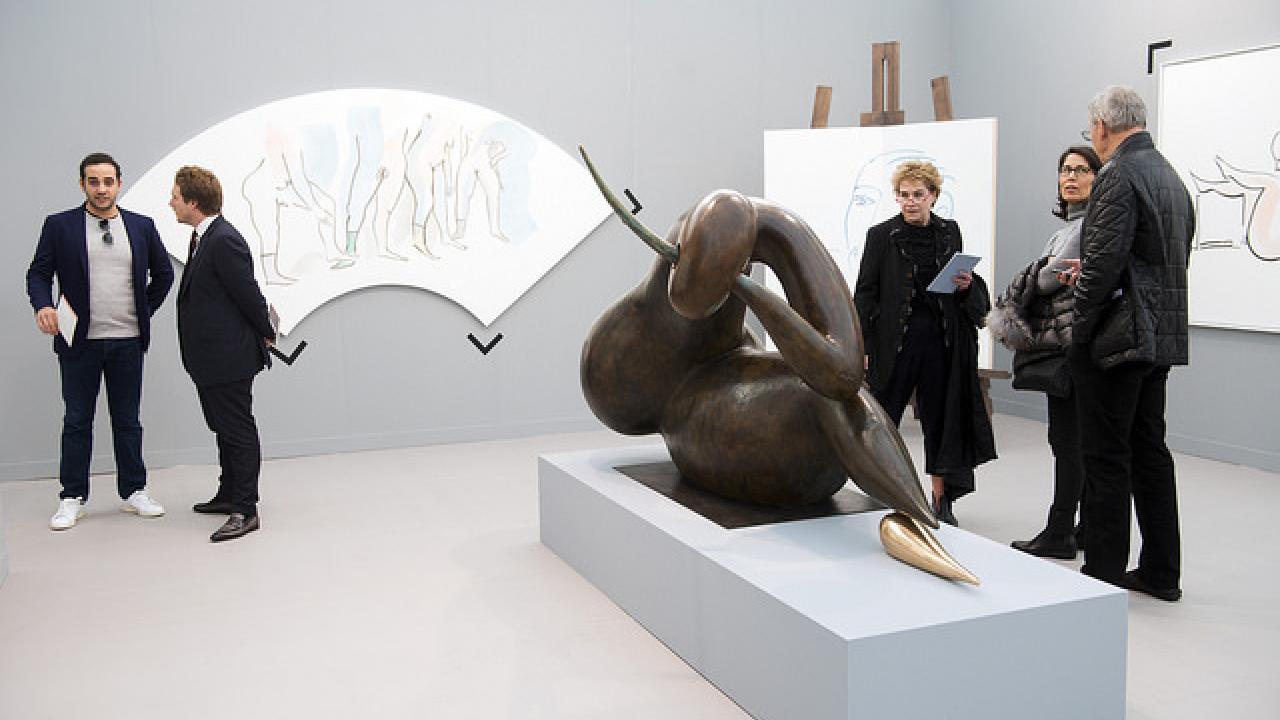 Presenting some of today’s most significant contemporary artists