Chronicles of the everyday; photographs, paintings, collectives and cultural identity 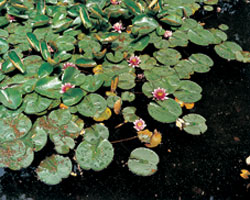 Vermeer would have had a lot to talk about with Shirana Shahbazi, a detached and skilful chronicler of the everyday who is capable of producing radiant images. Yet her work’s elusive appeal stems from the way she questions the medium’s appearance of precision and explores relationships between individual photographs.
Shahbazi was born in Tehran in 1974, emigrated to Germany and now lives in Switzerland. Three exhibitions last autumn marked her New York début: Salon 94 Gallery presented carpets hand-knotted by Iranian artisans based on her photographs; TRANS> Area showed older works shot in Tehran combined with new images of Shanghai and the USA; and behind the glazed doorway of The Wrong Gallery, Polaroid snapshots of works in progress were on view. In a larger show currently at the Centre d’Art Contemporain in Geneva, Shahbazi attempts to connect two divergent strains in her work: documentary-style images and others that display more artifice.
A shiver of startling particularity often lurks beneath the trite or mundane imagery dominating ‘Goftare Nik – Good Words’ (1998–2003), the multi-layered series that won Shahbazi the Citigroup Photography prize in 2002. This could be in the stark shape of a wind-blown chador against a backdrop of Modernist buildings or a shot of a child carrying a backpack and chessboard, although the former draws on stereotypes of Iranian women rendered invisible by the hejab, and the latter evokes the overused representation of children in certain Iranian films. Images both invite and deflect looking: bland vistas offering little more than the odd highway, construction site or palm grove; postcard-worthy minarets sparkling with lights; a smiling bride posing coyly against a blossoming tree. Shahbazi displays these photographs – landscapes, portraits, urban scenes and subjects less easily categorized – in various configurations, arranging them like tiles in an unfinished mosaic that ripples and evolves from show to show. As well as presenting Western genres or banal imagery using media traditionally associated with Iran – carpets or murals, for example – she also exhibits paintings based on her photographs commissioned from Iranian billboard painters along with found material. In more recent work shot in China and the USA she has continued to investigate subjects such as bonsai trees, sports arenas or suburban houses blanketed in snow.
Although such works reflect a sceptical perspective on cultural identity, Shahbazi’s art-historical lineage is primarily Western. This was especially evident in her 2003 Venice Biennale installation The Annunciation, which consisted of a roomful of murals by Iranian painters based on her striking photographs of a young woman with the disconcerting gaze and presence of Vermeer’s Girl with a Pearl Earring (1665–6). The ceiling was embellished with enormous painted lilies, evoking Christian iconography, while each face was depicted from a different angle, giving a rough impression of movement. Heightening the funereal aura, the impenetrably dark backgrounds and the lilies’ perishable blooms conjured a vanitas theme. If, as Roland Barthes wrote of 17th-century Dutch guild portraits‚ ‘Depth is born only at the moment the spectacle itself slowly turns its shadow towards man and begins to look at him’, in The Annunciation that depth seems to rise out of the past and multiple layers of mediation uncannily reanimated.
Given Shahbazi’s emphasis on the constructed aspect of photography, it’s not surprising that she is influenced by the Conceptualism of German photographers such as Thomas Struth and Thomas Ruff. Works by 1970s American predecessors such as Lewis Baltz and Robert Adams have also informed her subject matter and dispassionate eye. A typically precise shot in ‘Goftare Nik’ of a laboratory counter cluttered with bottles, a burner and snaking electrical cords echoes the banal subjects Stephen Shore carefully captured in his snapshot- and postcard-influenced series ‘American Surfaces’ (1972). Such works contrast with the unsettling elegance – the stylized evocation of art history, mortality and privilege – in other lush still lifes and portraits that often incorporate black backdrops.
Shahbazi engages in a more pointedly critical practice through her work with the Shahrzad collective, an entity she founded in 2000 with the theorist and cultural critic Tirdad Zolghadr and the graphic designer Manuel Krebs. Among their collaborations is a 320-page volume on the theme of history, which will be presented at the Prague Biennale in June. For commissioned work she plays yet another role, that of a contemporary court artist; in Risk Is Our Business, a book created for the reinsurance company Swiss Re’s Centre for Global Dialogue, the images include landscapes shot in various locations, examples of memento mori, and employee portraits ranging from misty photos of executives to vivid shots of lower-level workers. As Shahbazi notes in the book: ‘Photography is always suspended between authenticity, construction and selection … a balancing act that is, to me, its quintessential justification as an artistic medium.’