Should the Baltic Triennial 13 Have Given Up On The Ghost of Globalism?

Dora Budor sets the scene: for her installation The Preserving Machine (2018), the artist has barred entry to the Contemporary Art Centre’s (CAC) interior courtyard and covered the windows that look onto to it with a yellowish film. This unusual architectural feature – a first-floor courtyard flanked by exhibition halls – has become an image of ruin: refuse is piled up, an automated bird flies overhead, dust lines the interior hallways from which the courtyard can be seen but never entered. The tint on the windows suffuses the whole with the sepia tones of an old photograph – as though this were a century-old documentation of a building yet to be built.

Budor’s installation promises more than Baltic Triennial 13, ‘Give Up the Ghost’, ultimately delivers. It also highlights one of the show’s best aspects: the transformation of the CAC itself. The exhibition design involved exposing the 1968 building’s original skylights and repurposing the scrap materials from the renovation. The result creates a maze of intimate rooms – such as the one featuring Miriam Cahn’s 13 paintings of bodies at rest, ‘Schlafen’ (Sleeping, 1997) – as well as larger, though still isolated, areas that allow works to be distanced from the main show and set into dialogue with one another. Behind a curved metal barrier, for example, is a sculptural group by Anna Hulačová, Underworld Upside Down (2018), in which three life-size sculptures of human forms rest atop and alongside an upturned plastic pool. The reclining figure, its knee raised and leaning on one elbow, has soap bubbles frothing from a gaping hole in its belly; it is a companion piece to Ella Kruglyanskaya’s painting, Eighties Bather (2008), in which a woman in a red one-piece, her book spread on a colourful blanket, looks out at the ocean.

Further anthropomorphic forms frame one another in a nearby section; yet, these bodies are more closely aligned with the ruination and inaccessibility introduced by Budor and the nomenclature of the exhibition. Katja Novitskova’s sculptures Mamaroo (Trajectory Calculations) and Mamaroo (Violent Origins) (both 2018) comprise electronic baby swings upon which polyurethane resin and epoxy clay bug heads slowly, creepily, move up and down. These are set alongside works from Melvin Edwards’s ‘Lynch Fragments’ series (1963–ongoing): foreboding assemblages of welded steel and barbed wire that speak to harrowing racial violence in the artist’s native US. Novitskova’s works feel like they come from a fearful netherworld; Edwards’s are more stirring because that world is ours.

Works by Evgeny Antufiev and Rachel Rose consider which traces will remain of humanity’s existence on earth. Antufiev’s cardboard and masking tape shrine or temple, adorned with acrylic murals and housing a collection of untitled sculptures, resembles the remnants of a long-lost, lo-fi religion. Rose focuses on another architectural monument: her film, A Minute Ago (2014), was partly shot in Philip Johnson’s Glass House in New Canaan, Connecticut, and partly on a riverside beach during a storm that scared the bathers into seeking shelter. The separate scenes and locations intermingle, as the hail on the beach melds into the view from the windows of the famous modernist home and, pixel by pixel, the Glass House disassembles into abstraction.

While the exhibition’s reconfigured space greatly assists the creation of narratives between artworks, it does little to isolate sound. As such, most of the works are within earshot of Laure Prouvost’s video and installation, A Way to Leak, Lick, Leek (2016): a rolling image of Los Angeles presented surrounded by two car seats, dried-up plants and piles of broken mobile phones. As Prouvost’s soundtrack haunts the entire exhibition, it’s hard not to wonder: How does this work frame the show? What might a group of gorgeous 20-somethings, driving through a parched LA river, have to say to the show’s titular ghost?

Two answers: the first relates a common sensibility, an environment of universal ruin from which something might eventually regenerate; the second, a flattening of all difference. It’s hard to encounter a show featuring this many à la mode artists and not be struck by a sense of the latter: this exhibition feels imported wholesale. This could have been London or New York, Tallinn or Berlin, and the ghost in the title? It’s never identified. In his curatorial statement, Vincent Honoré homes in on ‘fluidity’, ‘hybridization’ and the ‘unstable ground on which we stand’. Accordingly, Baltic Triennial 13 lacks any sense of cultural specificity and makes no attempt to say something to – or about – the Baltic region in which it is hosted. Historically a single event in Vilnius, this year the triennial has expanded to encompass three exhibitions in three cities (Tallinn and Riga completing the trio), but nowhere is this exchange directly referenced in the opening show. Maybe we have reached a point at which international biennials can’t tell us much about the locations that we inhabit, make work in and discuss; maybe the ghost we need to give up is the expectation that art and exhibitions reflect on the world we live in, and instead settle for the well-designed sheen of the global.

The Baltic Triennial runs at CAC, Vilnius until 12 August; at Tallinn Art Hall until 2 September, and Kim? Contemporary Art Centre, Riga until 18 November 2018. 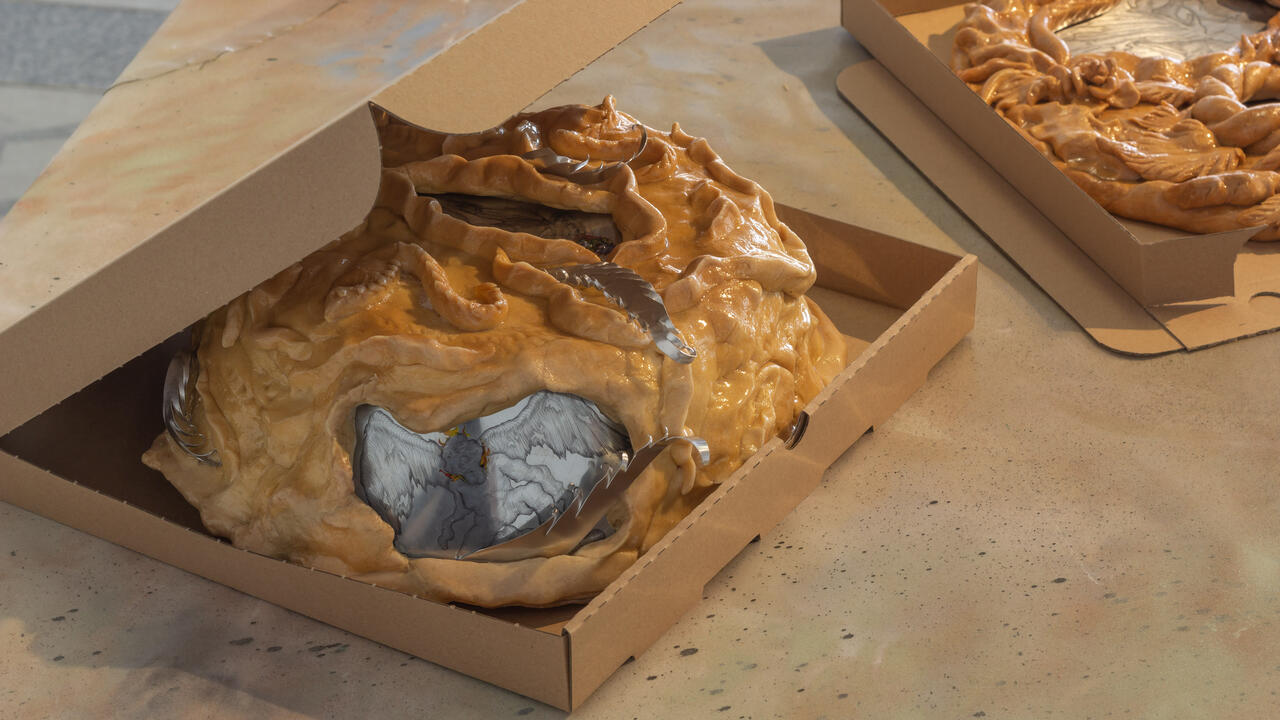