Bernard Szajner’s music is anachronistic in the best possible way. His sound is the equivalent of steampunk in science fiction; where steampunk imagined a 19th century that was already computerized, Szajner’s music is an early 1980s ‘rock’ that already seems to incorporates elements of house, techno and electro. The difference, of course, is that steampunk’s universe was retrospectively dreamt up by writers more than 100 years after the 19th century, whereas Szajner’s alternative ’80s sound world was produced when that decade had barely begun. It’s as if he unravelled the standard sequences of 1970s-into-’80s pop history even before they had properly been established. Take ‘Welcome To Death Row’, the opening track of his recently reissued 1980 LP Some Deaths Take Forever: its frenzied machine-scribbles of arpeggiated synth, languid electric piano chords and lysergic guitar sounds like an acid rock anticipation of the Knight Rider theme as remixed by Derrick May. Elsewhere, you can hear snatches of shortwave radio that prefigure the samples commonplace in pop and dance music later that decade.

Yet Some Deaths Take Forever can be heard not only as a pre-echo of what was then the near-future of music, but also as a continuation of prog-rock conceptualism, as the presence of bassist Bernard Paganotti, from French prog band Magma, here suggests. Grenoble-born Szajner wasn’t originally a musician; in fact, he always thought of the music that he did produce as an offshoot of his work as the lighting and visual effects designer for artists such as Gong, The Who and Magma. Szajner’s records are a relic of a never-quite-realized 1970s’ dream of multimedia art, and Some Deaths Take Forever was conceived of as the soundtrack to an Amnesty International film about prisoners on death row. Its precursors were other soundtracks, particularly the angular anxiety of the electronic scores John Carpenter composed for Assault on Precinct 13 (1976) and Halloween (1978). Like Carpenter – and Gary Numan, who made his breakthrough records in the year preceding the release of Some Deaths… – Szajner disassociated synthesizers from the hygienic purity found in Jean Michel Jarre’s work. (Jarre, incidentally, had made use of Szajner’s invention, the laser harp, which allowed musicians to trigger synthesizers with lasers.) The world evoked by Szajner’s synthesizers is dirty, brutal and broken. It’s psychedelic, but in the urban, paranoid schizophrenic way that Cabaret Voltaire were (and with its hallucinogenic flashes of seagull-squawk simulated brass and sombre, tuba-like synthesizer bass, ‘Suspended Animation’ resembles the Cabs at their most tripped out and remorseless). 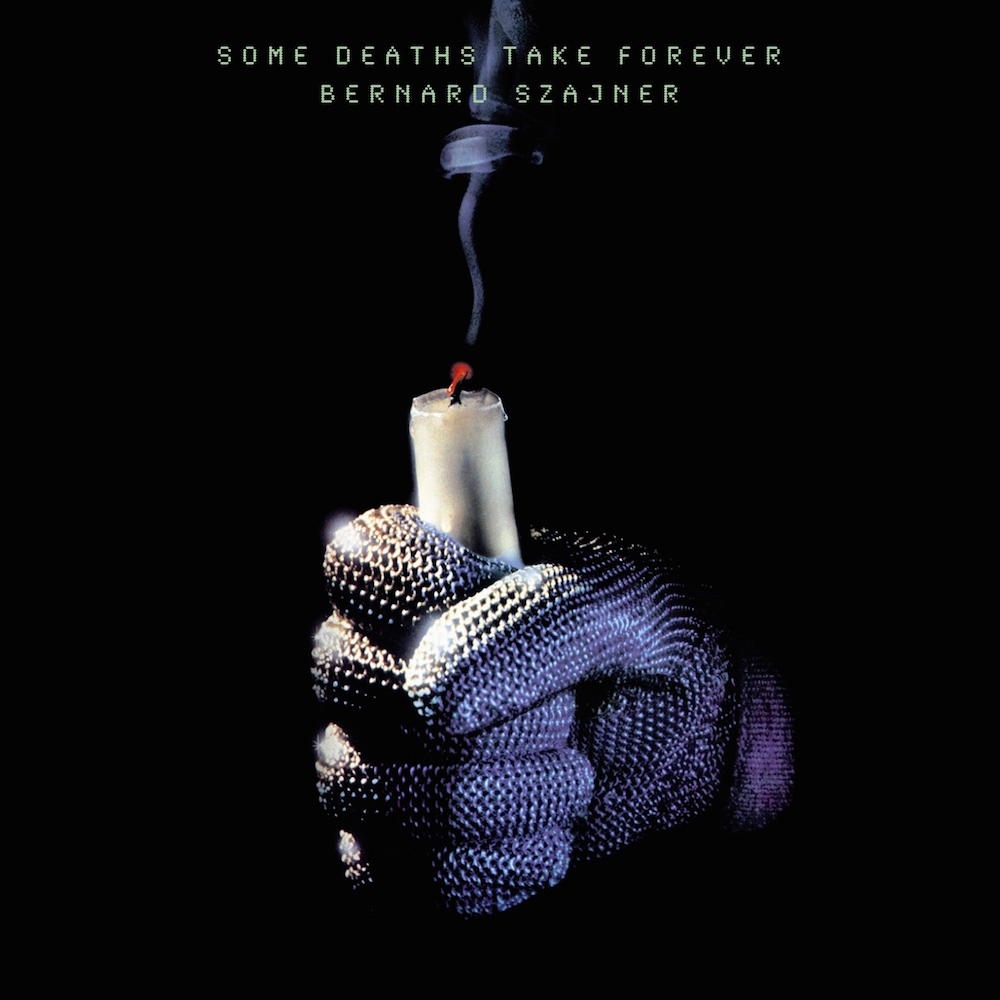 There is a kind of serrated beauty here, too, particularly on some of the tracks that didn’t appear on the original vinyl LP. On the final moments of ‘A Single Broken Wing’, a pitiless synth gives way to a sudden stillness that puts me in mind of sunlight reflected in broken glass. The closing track, ‘S-N-O-W-P-R-I-N-T-S’, finishes in this meditative mode, glistening and shimmering like artificial ice.