Whilst unprepossessing in scale Sophy Rickett's photographs have the ability to bewilder, their subject matter floating without context amidst black expanses. Indeed, the unerring flawlessness of these black areas, common to all the images, can enthral you with a tinge of delirium. Your spatial sensors are thwarted as the black backdrops subsume any detail that may offer evidence of perspective, for this is the darkest and smoothest black that a darkroom can elicit from light-sensitive paper. Furthermore, this blanket removal of references to pictorial space, and its relationship to the three-dimensional, imbues Rickett's views of nocturnal vistas with a tangible frisson of the night.

Released from a dependence upon perspective's symbolic implications of a certain order, Rickett's images offer the possibility of another reality, one less grounded and fathomable. These are scenarios that could happily accommodate the wayward thoughts of the insomniac. As you peer into the darkness you hazard guesses as to the probable lie of the land, and, more potently, to what may be lurking out there.

In the peopled images shown here, figures are almost existential in their fragile and tenuous attachment to the landscape. Two photographs, Untitled Landscape - Part 10 (1999) and Untitled Landscape - Part 11 (1999), feature a fence, its uprights picked out as vertical slivers broken by horizontal gaps. Only in the former image's utterly black domain may a diminutive figure be determined, watching over the barely emergent barrier like an eerie sentinel. Its minute visual presence is in inverse proportion to its psychic influence, which seems totemic.

Rickett's strategy of aligning two images with similar subject matter provokes double takes and further inspection from both near and far.

Two other images entitled Untitled Landscape - Part III (1998) and Untitled Landscape - Part IV (1998) also depict a lone being, this time a woman caught in an elongated beam of light that falls across a grassy plain. The swathe of light emphasizes the verticality of this long-skirted female, whose aspect shifts from one image to the other. The images' proximal twinning undermines any easy identification with a mode of visual representation that assumes a monocular viewpoint. By pausing to compare and contrast, the viewer replicates a process that is made unconsciously and speedily by our cognitive processes. Thus Rickett diverts and draws us into her contemplation of the night. Furthermore, this scrutiny disables any facility for ready reckoning: what we see is contended as uncertain and permeable, as opposed to a notion of photographs, and what we remember of them, comprising immutable factual evidence.

This slippage of 'reality' is perhaps most apparent in the three eerie monochromatic images entitled Forest 1, Forest 2 and Forest 3 (all 2000). Skeletal conifer trunks are framed below their canopy of branches and above the level of the forest floor. Without these two lateral guides the sparsely twigged trees seem to shift before your eyes, their ghostly presences appearing as almost animistic penumbra in the cloak of darkness that engulfs them. This triptych enthrals with its mesmerizing depiction of not seeing the wood for the trees: a confusion similar to the delusional suppositions encouraged by insomnia. Indeed, just as insomnia induces flights of fantasy from probable scenarios and mundane likelihood, the disorientation provoked here triggers an intuitive and primal response to the work: some long neglected cranial lobe attempts to assess the danger within by looking and feeling. Deep in the primeval woods, where little light shone at the best of times, watching and waiting was a skill set critical to survival.

The sense of darkness being antithetical to wakeful life is foregrounded in the largest work on display, Untitled (1999-2000). A meadow stretches into the distance, its verdant swaying grasses interspersed with daisy-like flowers. Yet above this dreamy vista hangs a dense black sky, and upon inspection it is apparent that the flowers' heads droop. Caught during their repose, the flowers are unresponsive to the artificial rays of the artist's lighting rig.

Rickett's photographs present musings upon our internalised encounters, both physical and psychical, with the after dark realm. As such, their scale is commensurate with their inclinations. As with many of the best films or literature, it is the domestic scale or setting that harbours the most potent revelation.

Opinion
‘Peering Through Layers of Time’: Why We Love the Tender Act of Art Conservation 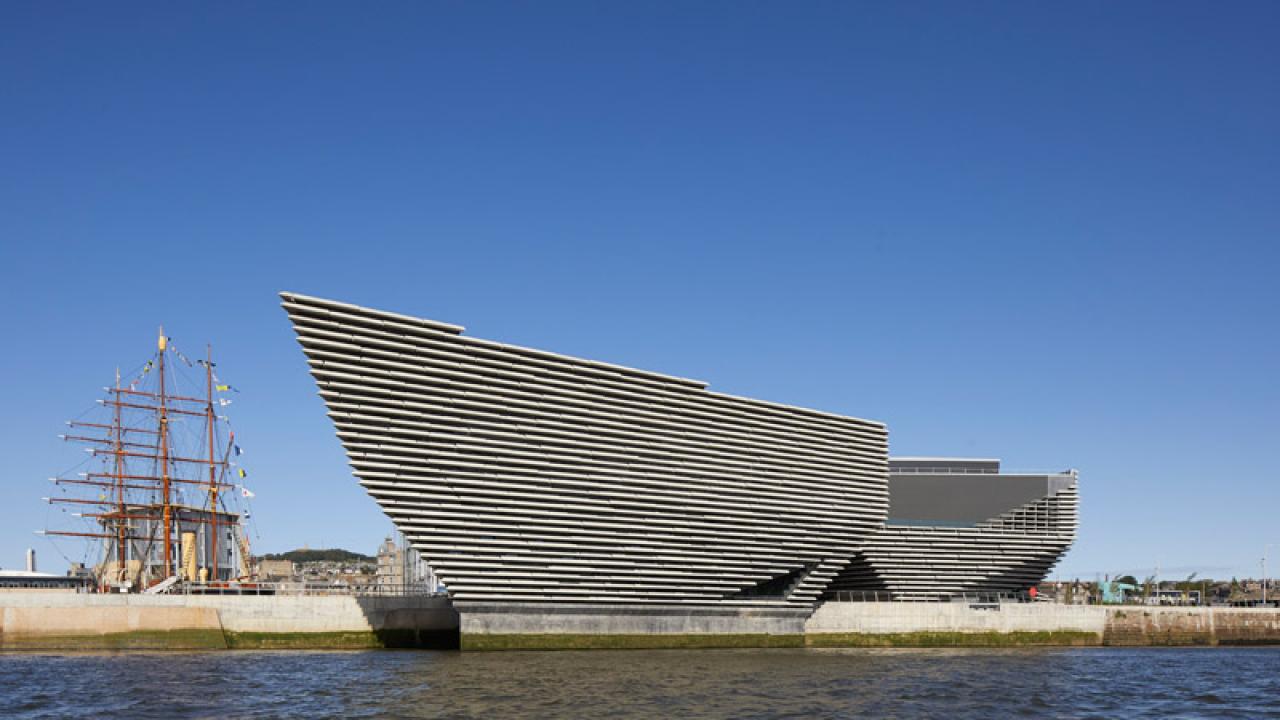 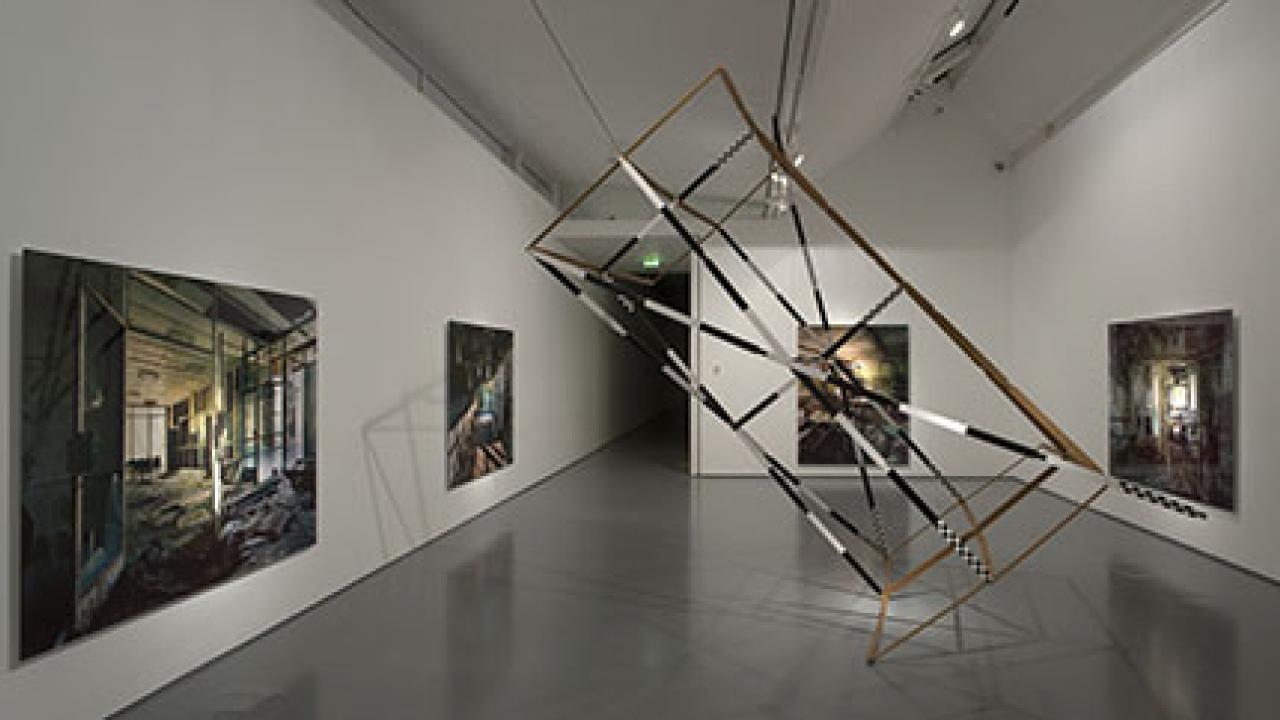 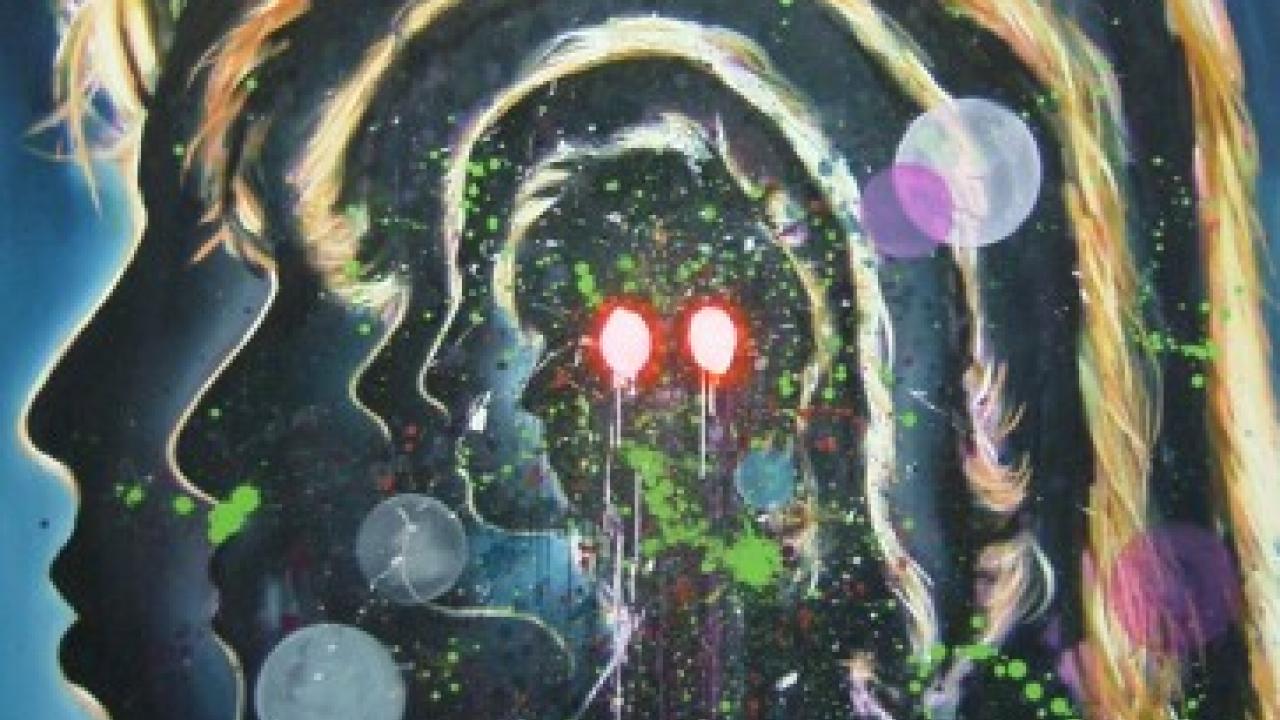