In 2001, a year after dealer Christian Haye opened The Project in Harlem, he posed naked on a plinth for a photograph choreographed by 26- year-old Tracey Rose, who, also naked, reclined like an odalisque on his lap. Rose’s The Kiss (2001) records a charged encounter, the momentary possibility of which remains perpetually unfulfilled. Perhaps this is why it remains strikingly contemporary, and not out of place in ‘South-South: Let Me Begin Again’, a showcase of recent works by 24 artists and collectives from Angola, Brazil, Cuba, Mozambique, Portugal and South Africa.

The Kiss is not the only work excavated from the sediment of art history by curators Renato Silva and Lara Koseff. Kendell Geers’s T.W. Batons (Pentagram) (1994), a wall-mounted display of rubber security clubs forming a five-pointed star, is the oldest piece and provides an early view of the convergence of social critique and mysticism in his practice. Geers’s instructional approach to metaphor offers little breathing room – a plight shared by the bronze figure overwhelmed by South African history books in Flávio Cerqueira’s installation I Told You … (2016). The leg extending from beneath Politics and Change in Developing Countries (1969) is modelled after this São Paulo artist’s limb.

Capetonian Haroon Gunn-Salie shares Cerqueira’s engagé politics and figurative method. On the Line 3 (2016) references the ersatz political gesture of anonymously flinging bound shoes over high wires. Gunn-Salie previously showed a version of this work, made with bronze-plated shoes from Favela da Serra in Belo Horizonte, at Mendes Wood DM, the São Paulo dealership where Silva works. Like Rose and Cerqueira, Gunn-Salie has mixed-race ancestry, not unimportant in a show about fluid, post-colonial identities.

Race remains a primary optic in South Africa, which is not to mean its complications are only located here. In 1966, two years into Brazil’s two-decade long military dictatorship, the UN hosted a seminar on apartheid in Brasilia; participants concluded that South African apartheid ‘bore, in fact, much similarity to Nazism’. A year later, Guilherme Figueiredo, a prominent Brazilian journalist and former government minister, told a Zambian audience that Brazil was ‘free of racial problems’. He was voicing an orthodox narrative of post-racialism in Brazil that Abdias do Nascimento, a Brazilian painter, writer and race campaigner, debunked in 2011: ‘The black people feel in their flesh the lie which is racial democracy in this country.’

There is, I’m suggesting, productive potential in hosting a lateral conversation of southern positions. Unlike its 2015 precursor, which inaugurated the Goodman Gallery’s southern-Atlantic exhibition series, ‘South-South: Let Me Begin Again’ is more tightly focused. This is partly due to increased social and political unease. Cerqueira, for example, narrated the 2016 impeachment of former Brazilian president Dilma Rousseff to me as a coup. Rio de Janeiro-based Gustavo Speridião strikes an appropriate tone of mourning in his Russian Landscape (2014): two black paintings produced on site with a roller. He had Kazimir Malevich in mind, although his large black canvases, one seemingly interrupted mid stroke, also key into a recent history of recursive formalism.

Standout works include Havana-based Elizabet Cerviño’s four rectangular white sculptures made from raw wax. On the opening night, Cerviño ritualistically emptied water out of 60 silver buckets against a pile of earth for a live performance titled Exile. My favourite work was a proxy. In 2012, Cuban collective Los Carpinteros choreographed a conga street parade along Havana’s Paseo del Prado for the 2012 Havana Biennial. The troupe’s singers, musicians and dancers all wore black and performed the percussion-driven Afro-Cuban dance in reverse. Improbable, yes, but their film Conga Irreversible (2012) proves also an instance of improbability achieved. It is truly festive. There is perhaps an aspirational metaphor in this about the show, too. 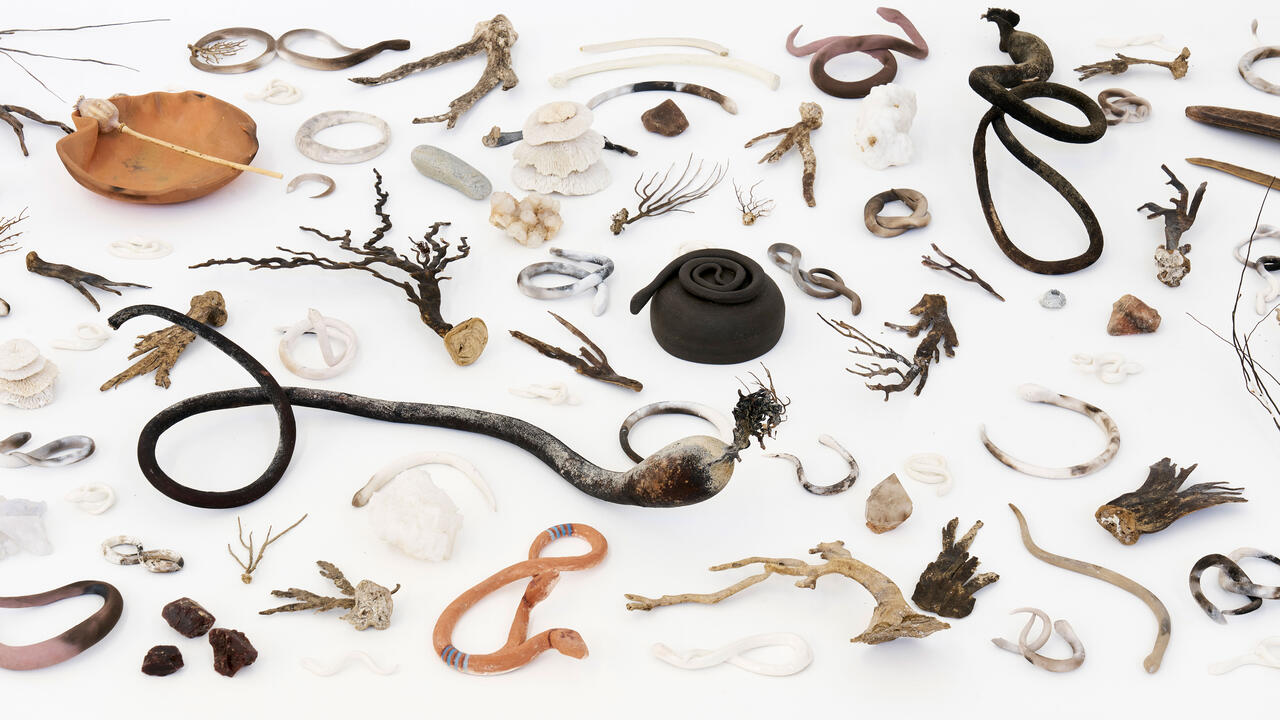