On the morning of 6 April 2016, as I was arriving at New York’s JFK airport, a quarter of the building I work in collapsed; the building in downtown Cairo that has housed Townhouse Gallery since 1998.

Learning of the incident via a series of frantic text messages, I moved through states of alarm, sadness and finally, relief. Over the past few years, Cairo has become a place where one acclimatizes to crisis, and thankfully no one was injured. We already knew the building was creaking, and had made plans to evacuate following assessments from a team of engineers. It was old, built around the turn of the 20th century, but we didn’t expect it to give way so suddenly.

In the days that followed the partial collapse, the local community – made up of supporters of the institution and those who are tired of hearing about it – received waves of good or bad news, depending on your viewpoint. On Saturday 9 April, a police-protected delegation from the governor’s office arrived at the building, which is also inhabited by six families and a number of small businesses, and stated that what was left of it was to be demolished. The owner, an elderly woman named Madame Camellia, had not been contacted or informed of this beforehand. Electricity was cut, the removal of tenants’ belongings was arranged and human chains were formed to transfer the contents of Townhouse’s library, archive, studios and galleries to the Factory Space across the street. Videos of wailing residents were posted on social media. Despair was communal.

Windows and doors were removed, and floorboards that had been there for decades were torn up. You could see from storey to storey through the holes that were left in the floors.

The following day, after a number of phone calls from supportive institutions, individuals and lawyers, William Wells, co-founder and director of Townhouse, sent a memo to the staff reporting that efforts to halt the demolition had been successful. The National Organization for Urban Harmony (a state body with jurisdiction over Egyptian heritage sites) was considering listing the building as a historical site, and stated that it should be treated as such from that point. The decision, however, was completely ignored, and a day later police-protected contractors returned to forcefully carry out a ‘demolition order’. The entire building was gutted. Windows and doors were removed, and floorboards that had been there for decades were torn up. You could see from storey to storey through the holes that were left in the floors. 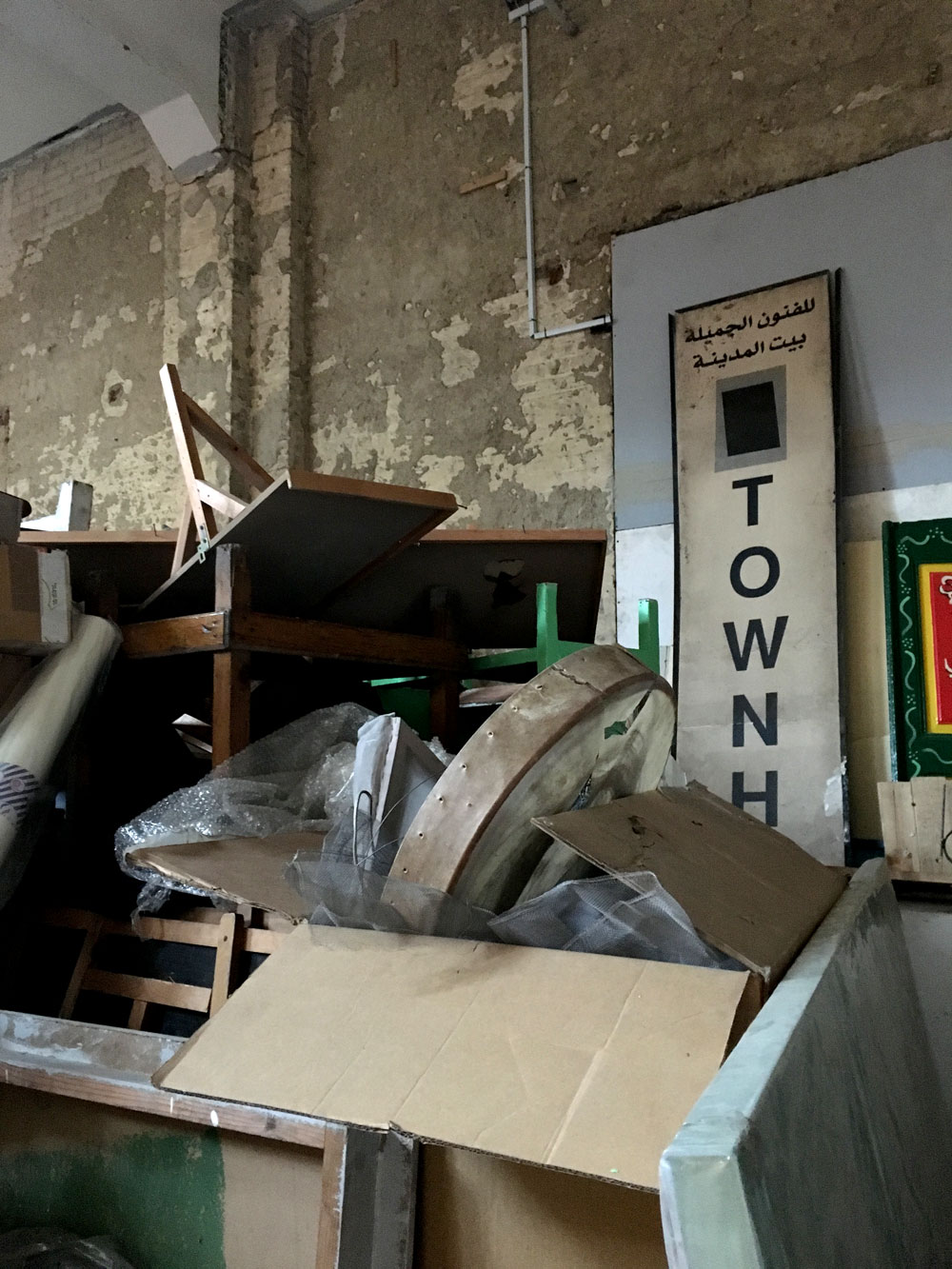 A week after the collapse, on Wednesday 13 April, a committee from the governor’s office finally responded to the complaint that the gallery had filed the previous Saturday, and declared all prior acts of demolition illegal as there had been no official written order. The next day, a court ruled that no further demolition would take place. In Egypt, it can take years for a hazardous building to actually be demolished, and it can take years for a complaint to be processed and acted upon. The speed at which these two opposing actions occurred remains a point of curiosity for everyone involved.

Prior to this, Townhouse had already been facing difficulties. Last December the gallery was shut down following a raid by a number of agents from various state institutions – the censorship department, tax department and the office of labour. Countless documents and archival materials were confiscated and are still being processed. A number of court cases against the institution are still pending, some relating to copyrights of the audiovisual and literary material in its possession, most of which were gifted to the gallery by the artists themselves. 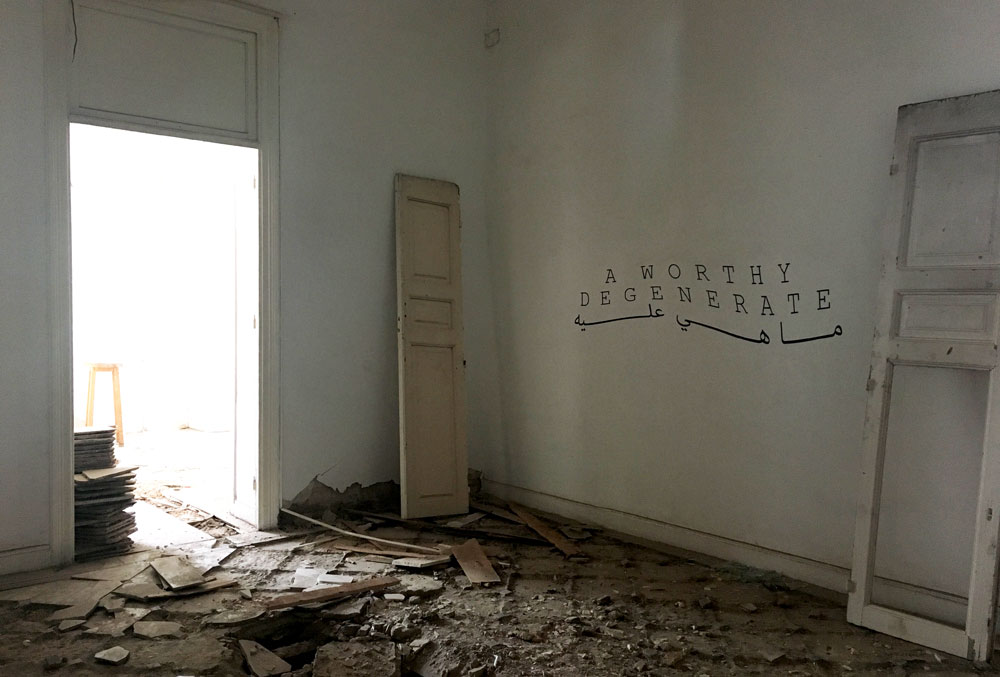 The December raid can be seen as representative of a larger governmental campaign against cultural practitioners, individuals and organizations that highlight human rights issues. Around the same time, security forces conducted a series of raids on cultural spaces across the city, including Merit Publishing House and Studio Emad Eddin. It’s a campaign that has been renewed over the last few months: only last week, five members of the performance collective Awlad el-Shawarea (Street Children) were arrested in Cairo over a video criticizing president Abdel Fattah el-Sisi and his supporters.

The theatricality of the recent events has been overwhelming, for stakeholders and observers alike. Some have been supportive and share our sense of sadness but others insist we should ‘get over the building and move on’, asking why we don’t just let them tear it down and build something more modern. People in that camp question the institution’s obsession with a material structure, insinuating a narrow-mindedness on the part of the staff. The act of preserving material things is often misconstrued as nostalgic or sentimental, but that view significantly underappreciates the value of material memory. 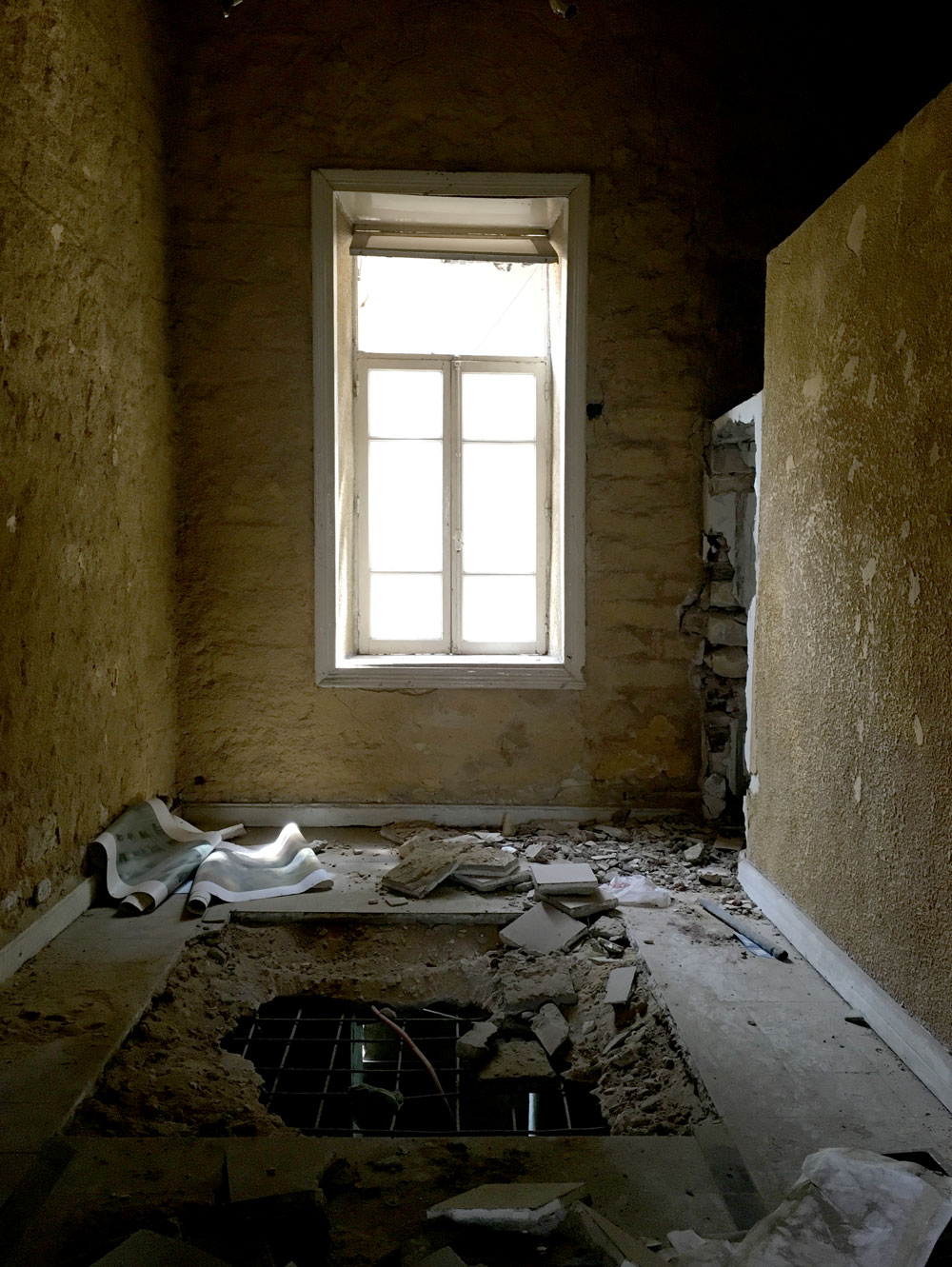 In an attempt to prove the historical worth of Townhouse, and secure state funding for its restoration, the institution started researching the story of the building, weaving its own narrative into the hearsay, gossip and rumours that have surrounded it. Hardly any documents were found to prove the building’s date of construction, but we found one showed that it existed before 1910. We also know that, over the years, Townhouse has occupied five of the apartments in the building.

The peculiarity of oral history is that it can be rich, full of value, and none at all.

One of them, which was acquired by the gallery last September, comes with a paranormal reputation. Until it was used as an exhibition space last November it had been locked shut since the 1950s. The apartment is cited as one of the last surviving masonic lodges in Cairo, dating back to the 1930s. Among the inventory of objects we found on the first excavation of the space was a handsome rundown motorcycle, stamped with recognizable pharaonic names, hundreds of empty boxes marked ‘For Emigrants’ that were supposed to be filled to the brim with coins and closets full of children’s clothes. 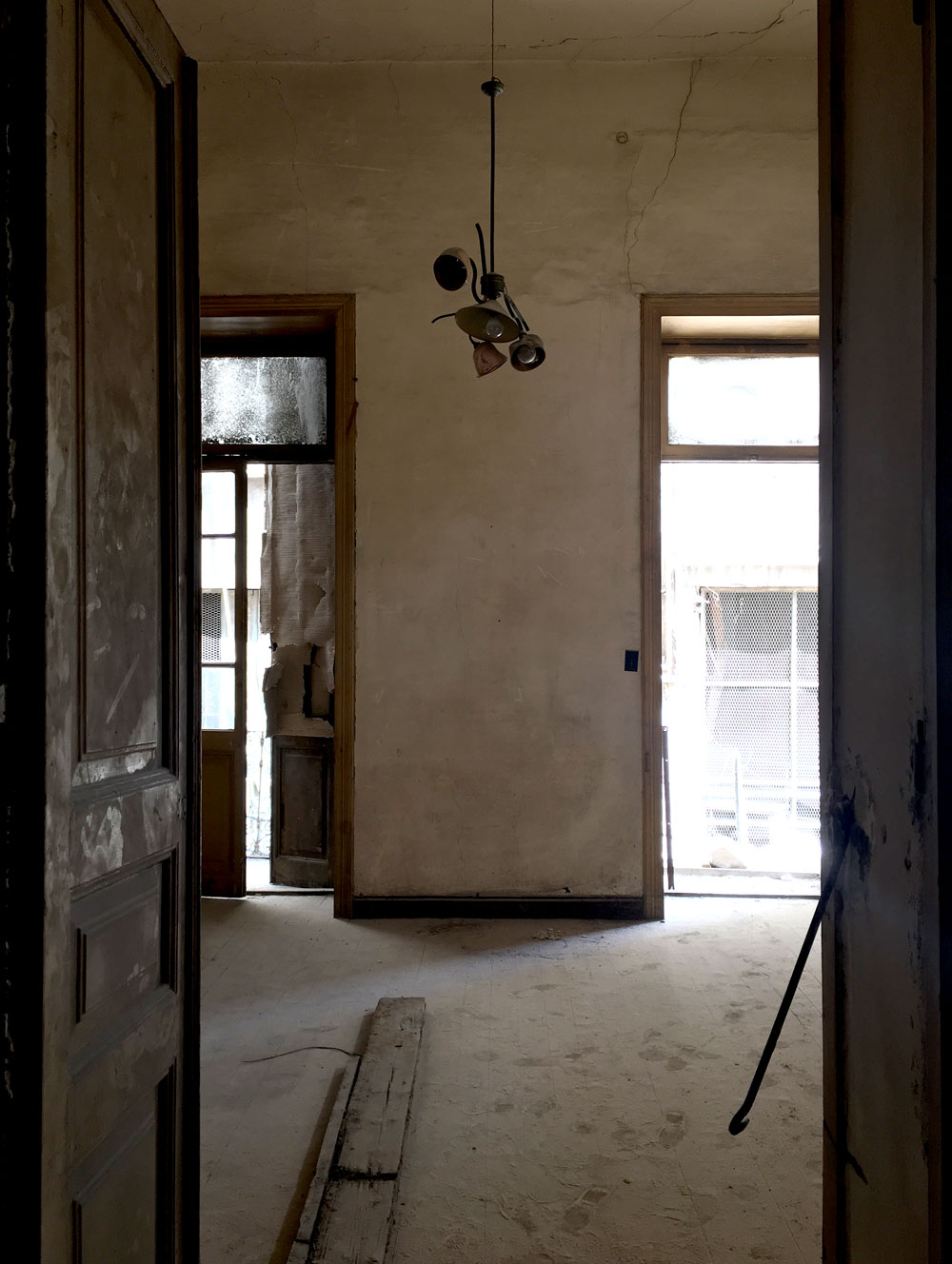 One of our neighbours maintains that four corpses were found in the walls of that same apartment in the 1950s (his father saw it and passed on the story). Others claim that King Farouk’s physician also resided in the building. The peculiarity of oral history is that it can be rich, full of value, and none at all.

What of the gallery’s own memory, it’s archive, and everything it holds within its walls? Sarah Rifky, a former curator at Townhouse and the once co-director of the Beirut exhibition space in Cairo, once asked: ‘Who guards the archives that document the stories of our past?’ She was referring to Townhouse’s dusty library, the folders with artists’ names written on them that used to sit at the back of Wells’s office. But we should also include the archive of files and images that we keep losing to corrupt hard drives, and the hundreds of stories embedded in the memories of the individuals who have passed through our site. ‘To hell with archives’, I once heard someone declare during a presentation. While I too am wary of nostalgia, can we ever move forward without understanding our own history?

As we struggle to rebuild our gallery, our identity, we look at the rubble and wonder about its value. Townhouse has existed for 18 years but is still a newborn, perpetually struggling for survival. Wells once said to me: ‘our archives are being destroyed at the same time as they are being produced’. A large part of our story is the struggle to preserve it.