Immortality is not Stefanie Schneider's business. She creates sequences of narratives without supplying the whos, the hows, the whys and the wherefores required to resolve the various tensions her mini-dramas posit.

In an untitled triptych from 2001 a man approaches a woman (the photographer?) but in a jerkier-than-thou manner. It's like watching your dance partner disappear and then, thanks to the effect of a strobe light, suddenly reappear somewhere else. Three photographs feature Western motifs: a desert, a corral of some sort, a dress, a ramshackle building, ominous mountains. The man isn't James Dean, granted, but he seems to have a decent swagger - if you could only see him move. But he doesn't. Shot by shot, he just gets closer, his expression noncommittal. In the meantime, the sun blasts down, obliterating details and causing squint wrinkles. The woman is reeling him in, but we don't see the in-between moments. The effect is one of missed connections, simply the recording of space being negotiated.

Another triptych (also untitled, 2001) again presents a woman. She is in a dither, occasioned perhaps by some guy navigating the other side of the street. In one image, she sees the guy pass. In another, she appears to be despairing at his absence. At least that's what is inferred because he is no longer there, but in the final shot he is walking down the street. As with the previous triptych, this describes some sort of melancholy story, but without furnishing us with supplemental data. No transitions, no background information to give the scene sense and resonance. Finally, a quintych entitled 10525 (1999), after the address on front of one of the buildings, depicts a woman and a shop front. To her right is a man on the phone in a telephone box, to her left, a billowing American flag. Five emotional hieroglyphs in search of syntax. Not as cosmic as John Baldessari, but in the same vein.

The real story of this show is the play of time. Schneider first shoots scores of images with expired Polaroid stock, hence, each yellowing image is stained with chemical burns and starbursts and a phosphorescent blue. Indeed, in the first mentioned piece, the effect resembles the opening credits of Bonanza when the map of the Ponderosa bursts into flame. The artist then combs through her cluster of snaps to create a storyboard of a few choice images, and then re-prints these mini-narratives in Cibachrome. It's a process that greatly increases the scale of the otherwise throwaway snapshots, while magnifying the imperfections in the expired film stock.

Most importantly, though, they reinforce the randomness of life: the frisson that happens when you pass by someone you may have met in a dream; the way relationships begin and end and the way they occasionally, miraculously, work out. The skittish, disjointed nature of Schneider's three pieces is out of our hands. She suggests that all we can do is point out this basic truth, marvel at our brain's architecture, revel in the found beauty of, for example, the cattle horns at the top of the images in the first triptych, which resemble something out of a painting by Georgia O'Keeffe. We can gawk at the Polaroid's chemical burns that resemble starbursts in the day sky in the same way we can acknowledge without understanding someone's fleeting interest in a stranger. In other words, we can relate.

At the same time, the work broaches an implausible beauty. The contrast of the vivid blue of the sky in all three suites and the acrid yellow of the spoiled film parallels the supernova despair of van Gogh's pairing of the two colours in his paintings from the south of France. Hardly an abdication of choices and their consequences, Schneider's take on life is heroic. The scale of the work, the seemingly innocuous nature of the subject matter, the random nature of film not chosen at random, the careful editing: the work evinces an attempt to control, but not necessarily understand, chance encounters. 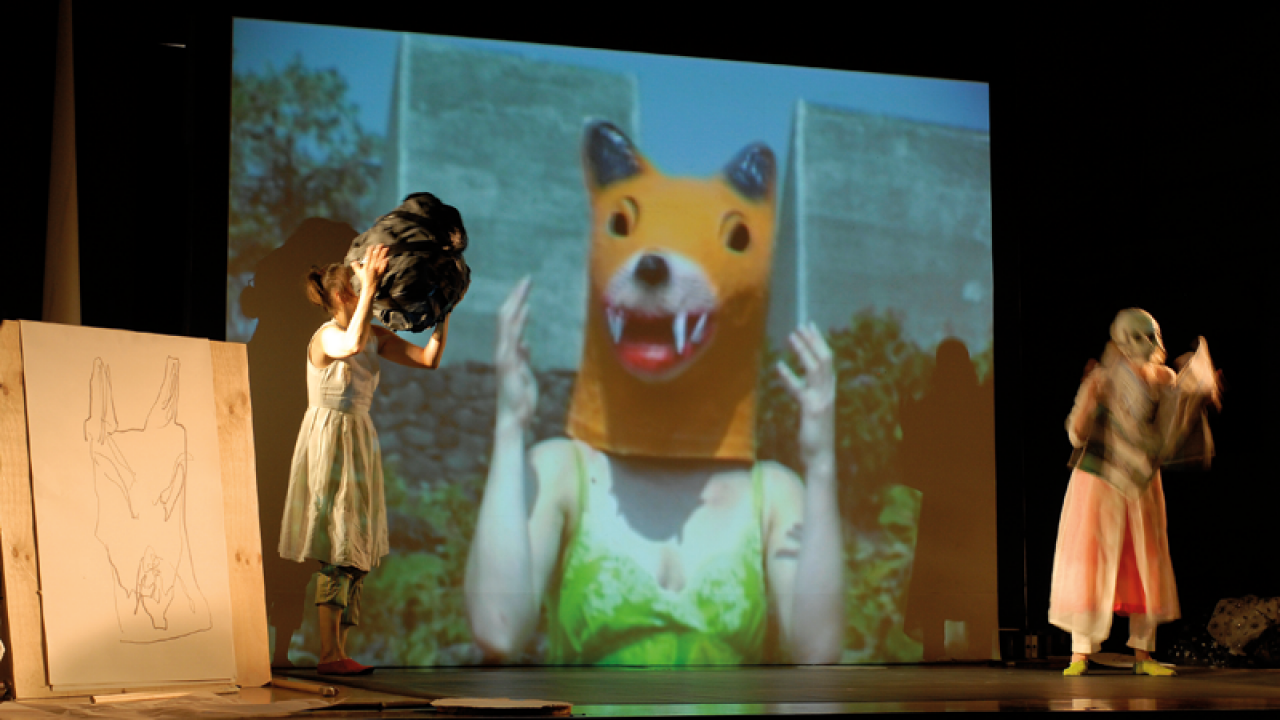 Interviews
Out of Space

Joan Jonas talks about the evolution of her work and the importance of myth, music and history to her thinking