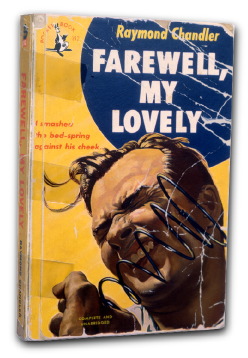 In 1998 this magazine published An Ideal Syllabus, a small book for which a selection of artists, writers and curators were asked to share their ideas about what might make a perfect, or at least new and improved, reading list for current art students. If the task had been set for Steve Wolfe, we might still be waiting for the results. Wolfe makes replicas - outwardly perfect-looking but none the less unreadable replicas - of the books that have informed his development as an artist, and as a human being. Many are based on vintage editions that first appeared when he was at college in the mid-1970s, and their appearance and juxtaposition trace the mood and movement of both artist and culture at large. Thus what could have been merely a three-dimensional list of fave raves becomes a literary/sculptural diary.

Other contemporary artists have remade book covers as secular icons (Simon Morley's faux Orwells, for example), recontextualized found volumes (Carol Bove's shelved clusters of hippie-era mind manuals), or presented single pages as a kind of Concrete poetry (Matthew Higgs' collection of nominally art-related pulp frontispieces), but Wolfe's dedicated patience in pursuit of his subject is unmatched. That he has apparently gone seven years without exhibiting in order to perfect an outwardly modest project gives some measure of the singular temperament behind this library-that-isn't. And that a part of this exhibition is displayed as a set of cardboard boxes (also remade from scratch) filled with books, as if in preparation for storage or a move, hints at a sensibility accustomed to the idea that even the most precious objects tend to wind up, at some point in their lives or ours, as little more than dead weight to be carted from one place to the next.

Unlike the perfectly (if accidentally) rewritten novel penned by the protagonist of Jorge Luis Borges' short story Pierre Menard, Author of the Quixote (1970), Wolfe's books are empty boxes rather than complete printed texts, but their power as triggers of concept and memory remains, is even oddly heightened. The artist uses a range of materials and techniques to create the most convincing possible illusion of his subject without recourse to actual publishing. Covers generally blend silkscreen and lithographic printing with hand oil painting, while the structure of each 'book' is most often a combination of modelling paste and wood. But while the books are, physically, all surface, it would be wrong to dismiss Wolfe's project as superficial. As well as taking care to select subjects that will require him to learn new techniques, and never, ever, skimping on a detail, he obsesses just as much over the web of meanings spun by the cultural value of each one, and by the juxtaposition of different titles or images.

Some of the artist's individual choices, while amusing, are perhaps a bit too knowingly aimed at an audience of art historians: Untitled (Important Information Inside) (1995-6) reproduces John Wilmerding's catalogue The Art of John F. Peti and the Idea of Still-Life Painting in Nineteenth-Century America (1983) as a trompe l'oeil in its own right. Untitled (Machine Art) (1997-9), modelled on an old MoMA catalogue, reminds us not only that nothing dates faster than Futurism but also that jokes about it have a limited shelf-life. Other selections, including The Beckett Trilogy (1959), William Burroughs' The Naked Lunch (1959) and James Joyce's A Portrait of the Artist as a Young Man (1914-5), might seem as cloyingly obvious as the canon of teenage angst collected in Jeremy Deller's The Uses of Literacy (1997), were it not for the interest sparked by their cover designs. For added spiralling self-referentiality, Untitled (Nausea) (1998) even reproduces a Salvador Dalí canvas as part of the Penguin jacket for Jean-Paul Sartre's novel, while in Untitled (Farewell My Lovely) (1996) a pulp illustration receives the same loving care.

Most satisfying, despite the fact that we sometimes see only their spines, are the boxes of 'packed' books. It is here that the full range of Wolfe's library starts to become apparent, and the ideas it contains begin to bleed into one another. In Untitled (Cutty Sark Carton) (1992-3) an Andy Warhol monograph lies, suggestively, next to the Tintin adventure Red Rackham's Treasure (1944), Vladimir Nabokov's Lolita (1959) sits next to a guide to American birds (as well as biographies of Erik Satie and Montgomery Clift) and, in an aubergine crate, Susan Sontag's Against Interpretation (1966) shares storage space with studies of Charles Baudelaire, Arthur Rimbaud, Paul Verlaine and The Beatles. Wolfe may never arrive at an ideal syllabus, but by manufacturing his own literary stand-ins he has come up with something even better.