‘150 Years of the Met in 7 Objects’ is part of a series of essays on the stories we missed in 2020. Look out for more of our end of year coverage to follow.

This year, New York’s Metropolitan Museum of Art turned 150. It might have been cause for celebration, were it not for COVID-19. Instead, the museum’s leadership has looked back at its history more critically. Major new works were commissioned for the façade (Wangechi Mutu’s Afrofuturist caryatids) and the lobby (Kent Monkman’s grand history paintings of indigenous peoples), foregrounding halls filled with colonial plunder with work by artists of colour. The current exhibition ‘Making the Met: 1870–2020’, meanwhile, makes modest efforts to address the biases and omissions in the museum’s vast collection. The following seven objects, two of which appear in the anniversary show, are emblematic of the Met’s complex past, and what that past could mean for this milestone anniversary.

This bust of Benjamin Franklin, the first diplomat to represent US interests abroad during the Revolutionary War, was also one of the first sculptures by a major European artist to enter the Met’s collection, just three years after its founding in 1870. The young museum had recently moved to the Douglas Cruger mansion on West 14th Street, then a bustling theatre district, and the famed French expatriate Houdon’s depiction of Franklin with a look of wry suspicion on his face – possibly modelled from life – would have stood out amongst the cramped salon-style displays of figurative paintings and sculptures there. (The museum relocated to its current Fifth Avenue digs, designed by Richard Morris Hunt, in 1902.) Donated to the Met by John Bard, the founder of Bard College, the sculpture of Franklin indulged the museum’s early interest in the Founding Fathers.

A second-rate painter of the Italian Enlightenment, Giovanni Paolo Panini produced two of my favourite artworks at the Met: twinned paintings of soaring picture galleries crammed floor-to-ceiling with oils of Roman architecture through the ages. Taken together, they’re fabulously postmodern images, Pinterest design pages for the late baroque era. In each, students of art and architecture studiously copy the pictures on the wall, while sitting amongst sculptures – the Dying Gaul (ca. 230 BC), Michelangelo’s Moses (1513–15 CE) – from each respective era. Acquired by the museum in 1952, the paintings are a model of what the Met and museums of its ilk were originally conceived to be: grand halls for the display of European history, mostly for the cultural benefit of the white upper middle class. With museums like the Museum of Modern Art blocks away mixing cultures and eras in their collection galleries, will the Met finally resist the classificatory impulses of Panini’s time?

These magnificent lamassu – celestial winged bulls – guarded the gates of Nimrod in ancient Assyria (present-day Iraq). They were carted off to London by Austen Layard, a British colonial archaeologist, who gifted the pair to his mother-in-law, the literary publisher and philanthropist Lady Charlotte Guest. John D. Rockefeller purchased the artefacts in 1927 before donating them to the Met. Now, the lamassu at the Met stand at the entrance to ‘Alien Property’, a series of rubbings by Lebanese artist Rayyane Tabet, taken from stone relief panels unearthed by German archaeologists in Tell Halaf, Syria. The Met’s own four panels from Tell Halaf ended up in its custody when they were seized by the US government during World War II. Tabet’s title raises important questions about sovereignty and ownership and makes a case for restitution that could apply to many of the museum’s ancient holdings.

Henry Osborne Havemeyer and Louisine Havemeyer were the scions to a sugar refining fortune – built on the backs of West Indian slave labour ­– who spent much of their late years on a Grand Tour of Europe, buying up modern paintings. They had keen eyes and even better council: their frequent travel partner, the impressionist master Mary Cassatt, who urged them to acquire, among other things, the world’s finest collection of Gustave Courbet paintings. This radiant portrait, which reveals Cassatt’s lifelong preoccupation with motherhood (though she never had children of her own), entered the Met’s collection after Louisine’s death in 1929. It was one of the only paintings by a woman artist in the museum at that time; despite sustained efforts to achieve gender parity in recent decades, it belongs to a share of works by women in the Met’s collection that still remains regrettably small.

In this portrait, the man has become his camera. Photographer Alfred Stieglitz bequeathed Picabia’s painting of him to the Met along with hundreds of other works, including his own platinum prints of New York at the turn of the 20th century, after his death in 1946. They comprise the core of the museum’s modern American art collection, with works by Marsden Hartley, Diego Rivera, and Stieglitz’s partner, Georgia O’Keefe. This Picabia is a favourite of mine, though, with Stieglitz’s Folmer and Schwing 4x5, a metonym not just for the photographer but the rapid technological changes transforming society that he was so bent on capturing. It’s a testament to the foresight of an artist and collector who knew were the culture was heading. Who could be the a Stieglitz now?

The Museum of Primitive Art was founded by Nelson Rockefeller in 1957, while he was preparing to run for Governor of New York. Its name is an offensive reflection of the Eurocentric biases held by its founder and many US museums at the time. Located in a townhouse on West 57th Street, it housed Rockefeller’s own collection of indigenous art from Oceania, the Americas and Africa, including this mesmerizing Yup’ik mask from western Alaska, which represents Negafok, the spirit of cold, northerly wind. The Museum of Primitive Art officially closed in 1974, a year after Rockefeller left the governor’s mansion, and its holdings entered the Met’s collection – along with (for a time) the prejudicial discourse of primitivism. In recent decades, however, the Met has supported significant scholarship that foregrounds indigenous voices. While there is still much work to be done, other US museums should take note.

Although it was completed in 2007, this shimmering tapestry made of flattened bottlecaps woven together by copper wire – the hallmark materials of Ghanaian artist El Anatsui – is a treasure befitting the Met’s more ancient galleries. On view at the very end of ‘Making the Met’, like a golden sunset, the work was acquired in part by the Raymond and Beverly Sackler 21st Century Art Fund. The co-founder of Purdue Pharma with his brother Arthur, Raymond Sackler was responsible for the production, marketing and distribution of OxyContin, a key culprit in the current US opioid epidemic. In 2019, following public outcry, the Met announced that it would no longer accept money from the Sacklers, though their names still appear on the label for Dusasa II – as well as an entire wing of the museum. The diversification of the Met's collection cannot come at the expense of the integrity of its funding; in this, as in other areas, the Met will likely lead the way for other museums around the country. 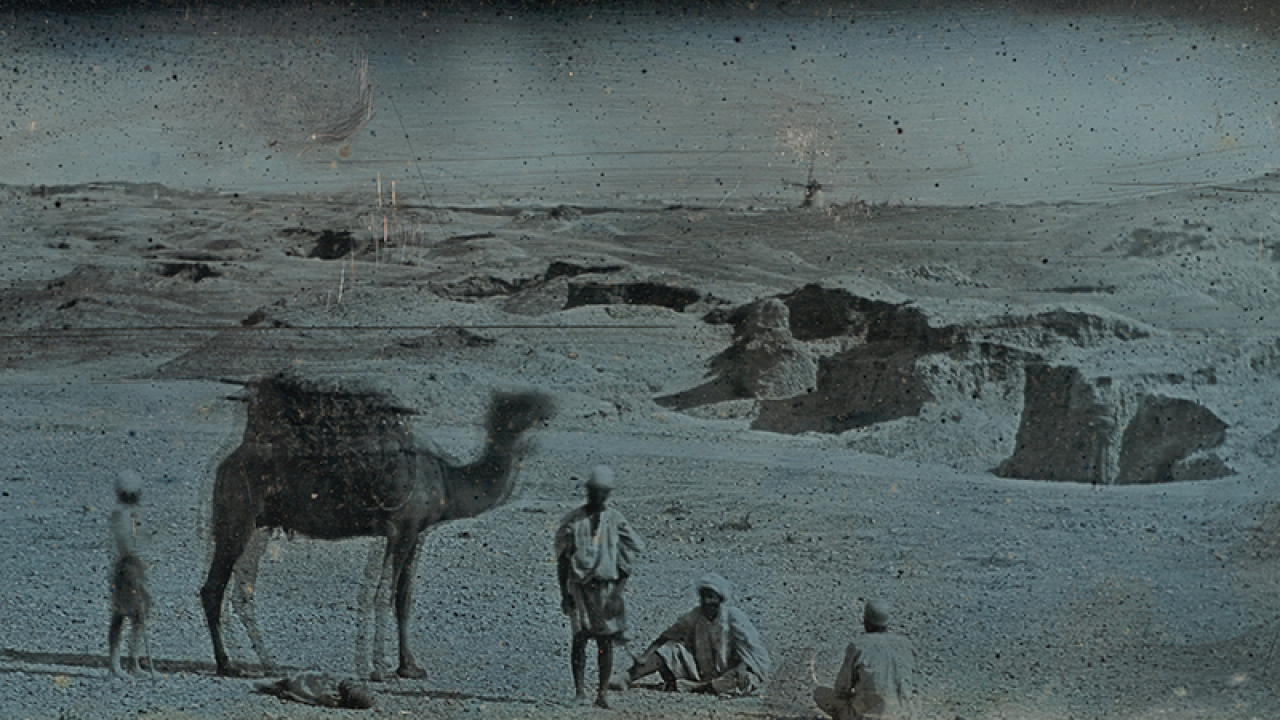 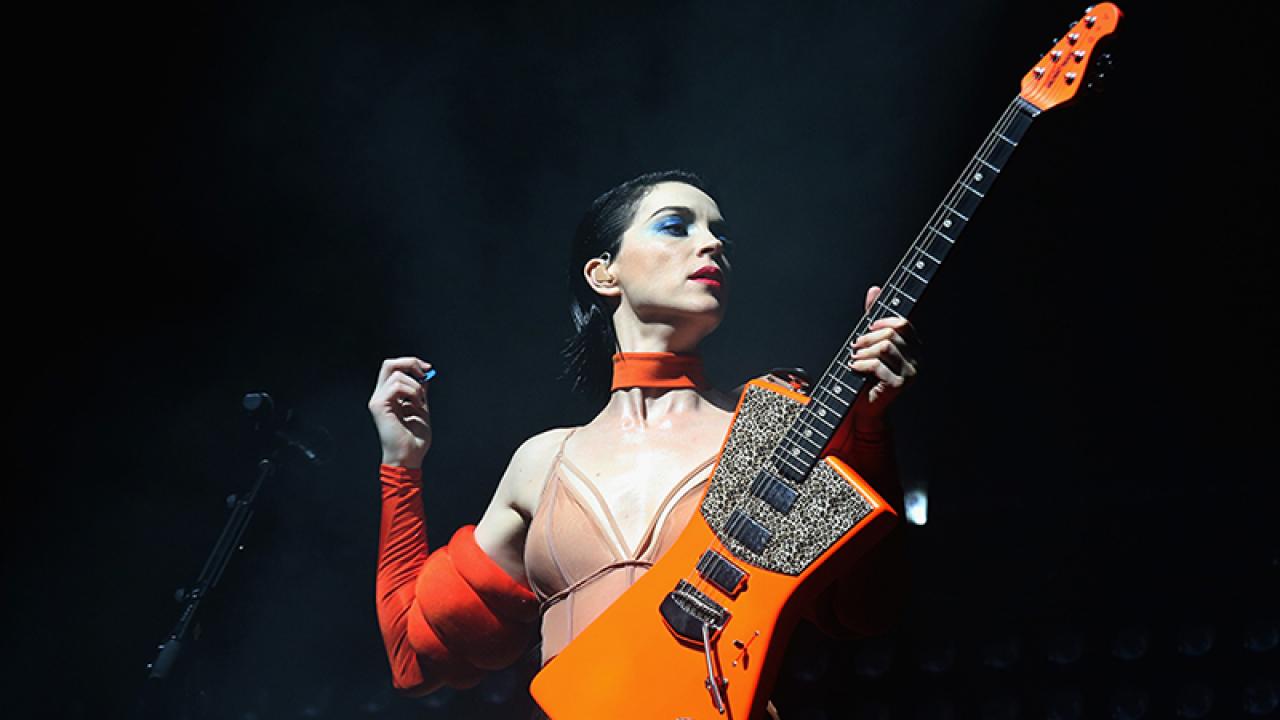 News
Where Are the Female Musicians? Met Called Out for Male-Heavy Rock and Roll Show 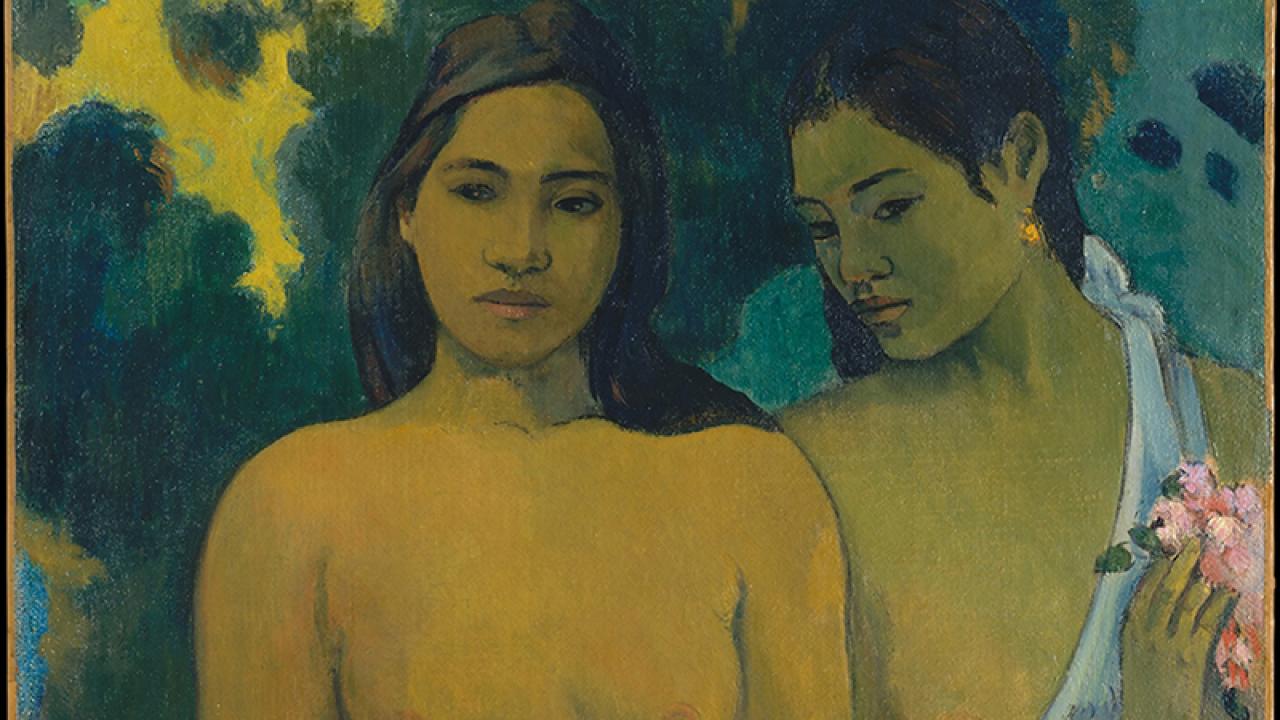