Earlier this year, I found myself on YouTube just as Sean ‘alternative facts’ Spicer’s second White House Press Briefing was about to be live-streamed. Even before the baggy-suited, line-fluffing liar had taken the podium, the ‘Live Chat’ box – a real-time version of YouTube’s comment boards – was filling up at an alarming rate. The transcript below amounts to roughly one second’s worth of contributions.

This eloquent, insightful assortment of insults and non-sequiturs reads like an interminable radio play about, or written by, a bunch of belligerent caps lock addicts. You will note the fleeting attempts at wit, the occasional call for perspective – Kalle Almqvist’s existential angst being one example – but these are invariably drowned out by the crowing, trolling, comment-burping mass of Trump supporters.

By offering anyone with a computer and an internet connection the opportunity to express themselves online, the web has fostered new, choric forums of communication. While there has been much talk about social media’s impact on democratic institutions – filter bubbles, fake news, troll armies, alt-right memes, and so on – less attention has been paid to the effects these forms of communication might have on fiction: how it is read, received and, perhaps most importantly, written. Might the polyphonic, voice-driven forms of communication the internet provides offer new models for contemporary writing? How might an engagement with social media inflect the experience of reading contemporary novels?

Two debut novels, published in the UK this March, offer responses to this question: Lincoln in the Bardo by George Saunders (Bloomsbury), and Fever Dream by Samanta Schweblin (OneWorld). The novels differ in their tone and approach: Saunders’ is a bawdy, carnivalesque story narrated by a gaggle of ghosts; Schweblin’s, a tense, disquieting conversation between a sick woman and a demonic child. Yet they share a fundamental approach. In both novels, shorn as they are of authorial gloss and scenic description, it is the characters’ voices alone that carry the story. As a result, the experience of reading both of these books feels similar to listening to a radio play, eavesdropping on a conversation, or scrolling through a social media feed. 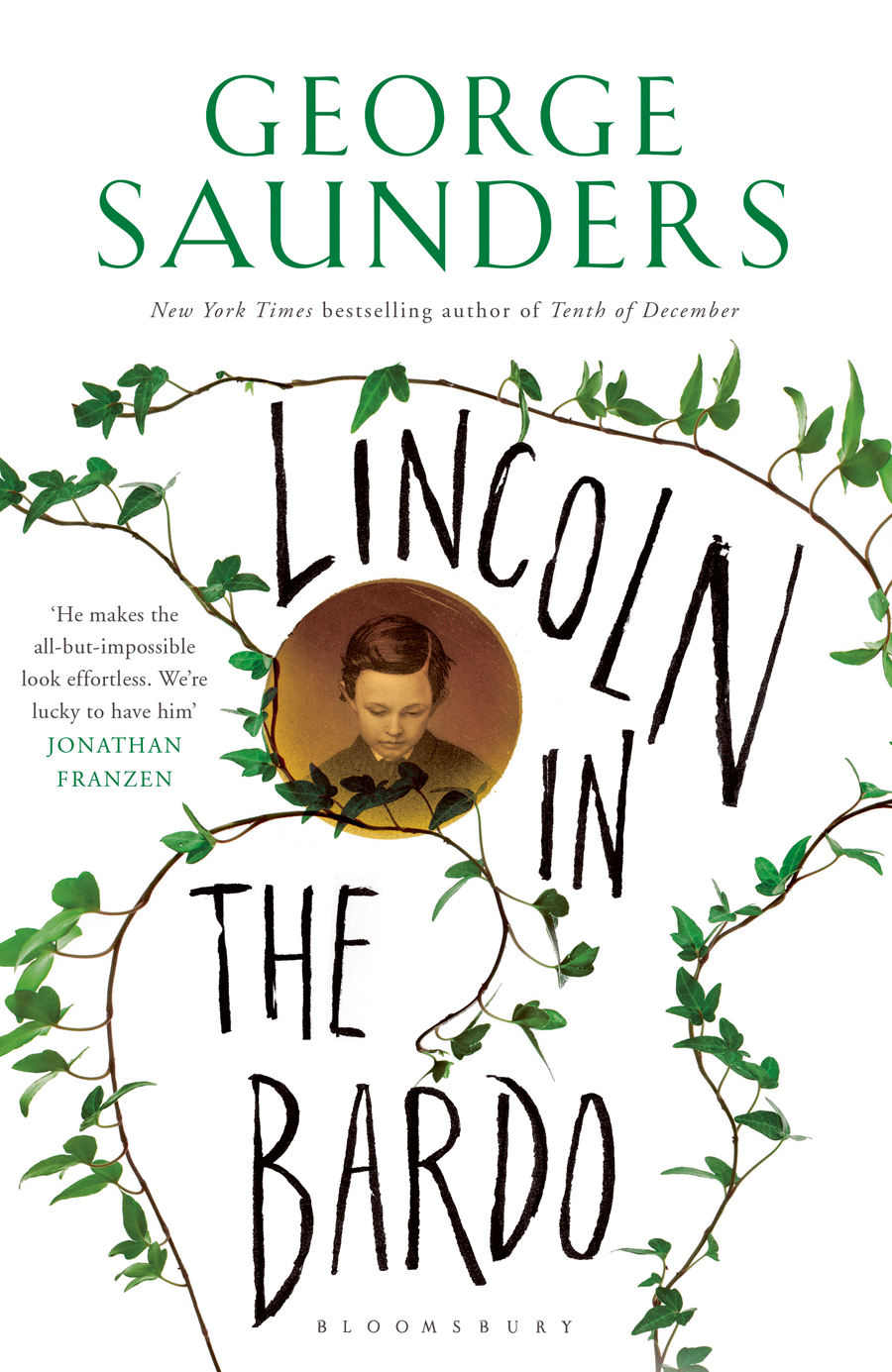 Though set during the American Civil War, Lincoln in the Bardo bears more than a passing resemblance to a voluminous, gossipy message board; one characterised by the eccentric brio with which its posts are written. It is a rattling, nattering book narrated by a dizzying number of characters – 166 in total – though many of them play the briefest of roles, contributing a line or two before fading into silence. Collectively, the ghosts narrate the events (‘story’ isn’t quite the word for this thinly plotted, voice-led book) of a few fraught hours on a night in Washington in February 1862.

The Civil War has been raging for a year. One night, Abraham Lincoln steals out of the White House to visit the crypt of his son Willie, who, a few days ago, died aged 11 from Typhoid fever. (The panorama of conflict and national grief, though only ever alluded to in passing, lends weight to the tragedy of this death.) Unbeknownst to the President, Willie is lingering around the graveyard, trapped within the bardo. Crudely speaking, the bardo is to Buddhism what purgatory is to Catholicism: it is the state that follows a person’s death and precedes their next incarnation. Saunders’ version of the bardo has a choral feel. Voices swirl, soar, bicker, rant, and rave, weaving in and out of one another.

Willie is not alone in the bardo. His lines, and those of the other ghosts, float disconnectedly on the page, which lends the novel the appearance of a script or a message board – although the attributions arrive at the end of each chunk of speech, rather than at the start, meaning that it is not immediately clear who is speaking. This arrangement adds to the disorienting effect of the novel: we know what is said before we know who has said it. To confuse matters further, in the bardo, ghosts are able to inhabit the living and, having done so, can listen to their thoughts. Here is a snippet of speech from Hans Vollman, one of the most prominent ghosts in the novel. He has recently slipped into Abraham Lincoln’s (still living) body, in an attempt to influence the President’s behaviour.

Outside, an owl shrieked.
I became aware of the smell rising up off our suit: linen, sweat, barely.
I had thought not to come here again.
Thus thought Mr. Lincoln.
Yet here I am.
One last look.
And dropped into a country-squat before the sick-box.
His little face again. Little hands. Here they are. Ever will be. Just so.

Vollman’s is one voice among many. Even here, however, several registers are being struck. Vollman narrates his own actions as well as those of Lincoln; he channels the italicised thoughts of the living President in a kind of reverse-séance; he embellishes the action, such as it is, with sensual details (that pungent suit, for example). Saunders’ aim here is to celebrate the expressive potential of the voice itself, and it is at the level of the individual voice, its quirks and malapropisms, that the novel succeeds.

Long before the advent of social media, there existed a rich novelistic tradition of accommodating multiple voices and viewpoints. Samuel Richardson’s Pamela (1740) and Clarissa (1748) demonstrate the popularity of epistolary fiction in the 18th century, each positioning their readers  as eavesdroppers on other people’s conversations. Moby Dick (1851) opens with a jarring collage of quotations from other works of literature, which Herman Melville refers to, self-effacingly, as ‘higgledy-piggledy whale statements’. Polyphony was a prominent technique amongst Modernist writers, from T. S. Eliot’s fragmentary The Waste Land (1922) to Virginia Woolf’s soliloquy-driven novel The Waves (1931), which she described in her diaries as ‘an abstract playpoem’. The trend was amplified by the emergence of postmodernism, which was preoccupied with the splintering effects of mass media. William Gaddis’s 1975 novel J R, for example, consists almost exclusively of unattributed dialogue. This cacophony of voices reflects Gaddis’s vision of America as a ‘chaos of disconnections, a blizzard of noise’. For the Russian philosopher Mikhail Bakhtin, all novels were examples of ‘heteroglossia’: his word for the complex, polyphonic nature of language, in which authors are always (if unknowingly) channelling other voices, echoing others’ writing, and folding inherited phrases into their own language. More recently, Svetlana Alexievich, winner of the 2015 Nobel Prize in Literature, has shaped astonishing prose narratives out of multiple oral testimonies. Alexievich’s model was the Byelorussian writer Ales Adamovich, who described his works variously as ‘collective novels’, ‘novel-oratorios’, ‘epic choruses’, and ‘people talking about themselves’. 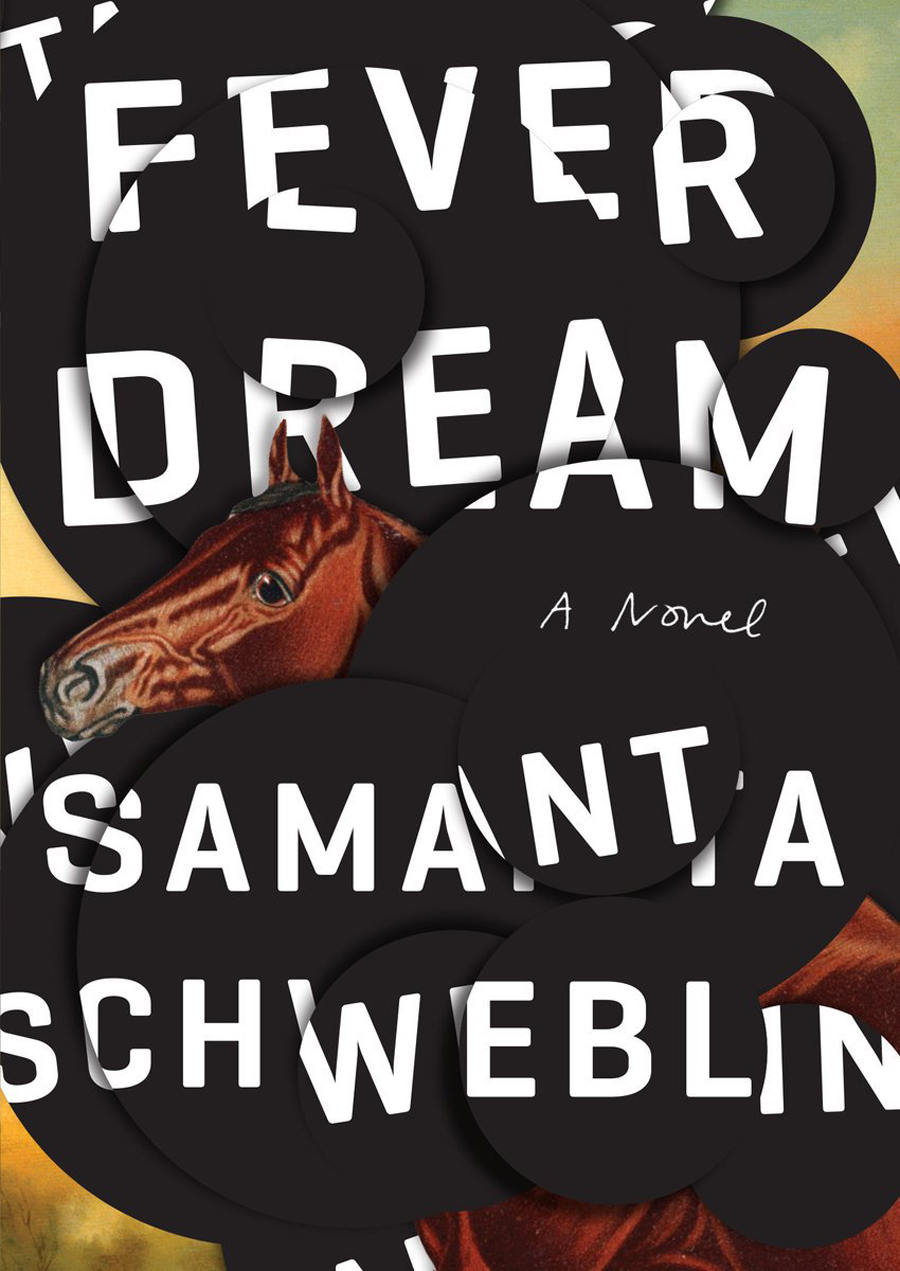 What to call Argentian author Samanta Schweblin’s Fever Dream? This exquisite and disquieting novel reads like the transcript of a bizarre interrogation. Limited to two characters, in comparison to Saunders’ ambitious 166, Fever Dream is marked by its atmosphere of sinister intimacy. The novel’s plot is propelled by the urgent inquiries made by David, a young boy. At the opening of the novel, he is standing beside a woman called Amanda, who is confined to a bed in an emergency clinic, dying from a terrible sickness caused by ‘worms’.

In this more tightly focused novel of voices, the conversational address contributes to a mood of suffocating intimacy. ‘[We] have to find the exact moment when the worms come into being,’ says David. (Schweblin indicates that David is speaking by italicising his lines.) Why do they have to find these mysterious worms? ‘Because it is important, it’s very important for us all.’ David never clarifies the nature of this importance, but it is clear that life and death hangs in the balance.

If Saunders’ writing coruscates, then Schweblin’s smoulders. She imbues apparently innocent anecdotes – the momentary disappearance of a horse, which is quickly recovered; a picnic set down beside a stable – with an unaccountable aura of menace. Within the context of the current political climate, the mood of paranoia and tension that Fever Dream creates feels bracingly appropriate. Schweblin presents us with two vulnerable voices, alone in the dark, confronting a sense of impending doom: ‘This isn’t normal, David. There’s only darkness, and you’re talking into my ear. I don’t even know if this is really happening.’