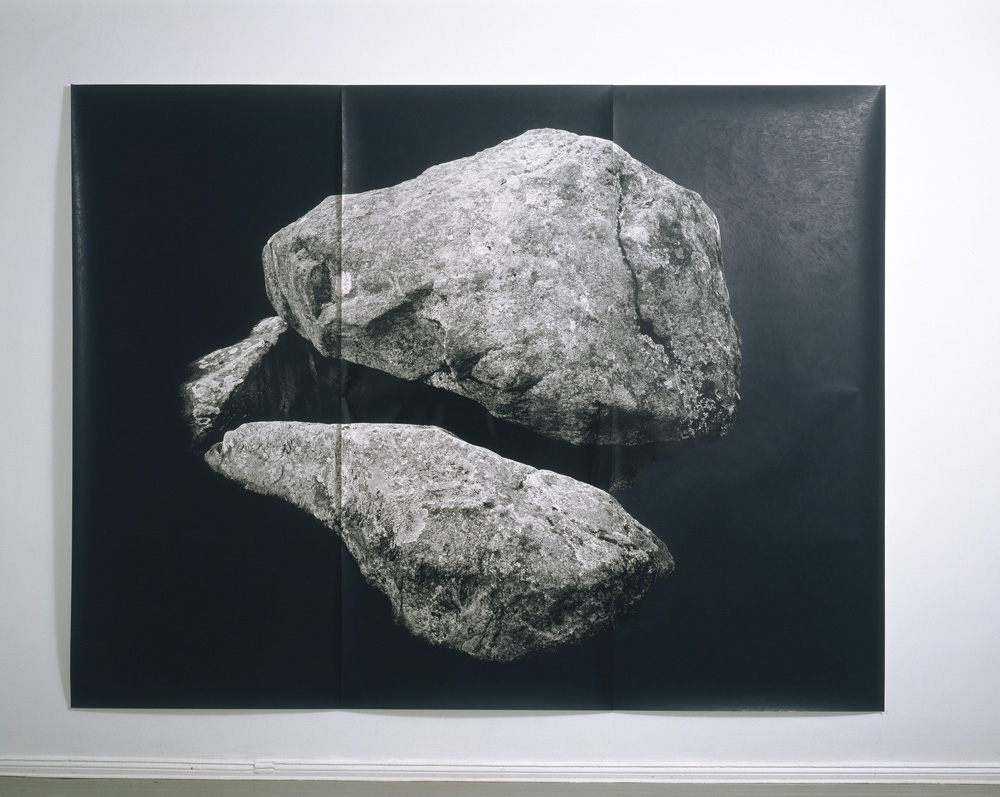 Tacita Dean’s first major exhibition in Berlin, where she has lived for over a decade, was housed in the Villa Oppenheim, a venue little known on the art circuit but rather perfect for her work: its elegantly proportioned rooms allowed new works on paper to be seen in generous daylight, while films were projected in capacious darkened spaces rather than in converted white-cube black boxes. The setting also exudes the aura of ‘old Berlin’ without becoming overbearing, as it was perhaps in the girls’ school where Dean showed in the 2005 Berlin Biennial. Nonetheless, as there, the Villa Oppenheim’s history is connected to a history of exile and migration as it was once the home of a wealthy Jewish family.

One of the films Dean showed here feat-ures the elderly poet and translator Michael Hamburger, who grew up near the Villa Oppenheim before his own exile led him to Suffolk, England. The film begins in Hamburger’s orchard, where loud trees rustle in the wind, relating ground to sky and sound to image. Later in the work, Hamburger describes being given an apple by the poet Ted Hughes when visiting him in Devon. Hamburger grew the apple pips into a tree which prospered even though this particular species was not local to the east coast of England. The tree became ‘a kind of link between us’, Hamburger recalls, an object connecting people and places. These are precisely the kind of objects and connections Dean adores. Yet she also enjoys creating more playful links within and between her works: after filming Michael Hamburger (2007), she made a pendant for it, the jewel-like film Prisoner Pair (2008). It was shown for the first time here: a tight study of light, glass and two pears growing in earth-spotted Alsace liqueur bottles (the title is a pun on the name of the liqueur Poire Prisonnière).

There are thematic links across the works in the show, but what struck me most was a set of formal characteristics between disparate pieces that seem quite newly present in Dean’s practice. These consistently involve cropping, covering, cuts, and corrosion. Always a kind of damage has been done to the image, and the paradox is that through this process, its meaning is clarified. Michael Hamburger, for instance, is projected with an anamorphic lens to the proportions 1:2.5. Dean has used this format regularly to give a sense of space, but here it creates a claustrophobic atmosphere. Hamburger is often filmed through the sliver of a door opening, or from behind a window, but even when shot in his orchard, the cropping is such that one feels a breathless lack of space, as if the world around him has been cut away; it is hard not to relate this sense to the knowledge that life was closing in on the poet, who died shortly after Dean filmed him. Darmstädter Werkblock (Darmstadt Work Block, 2007) is even more brutally cropped, comprising a sequence of images showing sections of the fabric walls in the Beuys Block rooms at the Darmstadt museum just before the space was refurbished. One longs for a revealing shot to show the whole context, but this never comes; the focus on the walls emphasizes the importance of detail in the decaying setting, rather than the overview, for the appreciation of Beuys’ work.

Covering is another way of revealing. The backgrounds of small vintage prints of trees are concealed with patches of paint that detach the trunks and branches from their landscapes so that they seem to emerge on the surfaces of the prints as if from the depths of time. Dean also presented three gigantic new photographs of German dolmen, for which she used blackboard paint to cover over the background up to the contours of the boulders. The paint transforms the image, confusing the scale of the rocks, and changing their identity so that instead of simply reading as ancient burial tombs, they seem strangely weightless and foreboding. Then there is Die Regimentstochter (The Daughter of the Regiment, 2005), a set of 36 opera programmes from the 1930s that Dean found in a flea market, each one of whose covers was sliced, presumably some time after the war, cutting out the Swastika that once adorned it. Here it is the very removal of the symbol that reveals how repression followed oppression. Just as strange are the two Found Damage postcards (2008), one of which shows a helicopter; the image itself is crumbling, with layers breaking away from its surface, a kind of deterioration that might be read as an analogue for the ruined dreams of the moment the postcard commemorates, when technology seemed to promise a better future.

These postcards have become art works just as they near total disintegration. Because they are corroding, their surfaces become extremely important, and going through the exhibition, one becomes more and more aware of how much all the works have to do with different skins, either present (white paint on the trees, blackboard paint on the dolmen, detaching print on the postcards) or depicted (the lichen on the dolmen rocks, the coarse skin of Hamburger’s apples and the mottled skins of the pears, the woven fabric on the Darmstadt walls, the bark of an old tree). It is because these surfaces are usually damaged that the work can present images associated with the British or German landscape without suggesting these landscapes are mythical or timeless. So there is no sense of a return to nationalist sentiment here; rather, Dean’s works are about a way of feeling the world around us in all its weight and damaged texture, and how touching the world can be a kind of anchorage in slippery times.