The many ways of owning an image

Recently a friend of one of my students at the Institute of Fine Arts introduced himself to me in a posh Chelsea Gallery and in the course of our conversation bemoaned the fragile state of the art world, stressing how tough it was for young artists and for young gallerists like himself. I did my best to commiserate but couldn’t resist, saying that things didn’t seem so bad to me since a ‘no money’ scene was where I started out. At that point a generational chasm seemed to open up between us. He looked at me as though I hadn’t grasped how dark the horizon appeared to him, and that look suggested to me that, for all he had probably read about the 1960s, ’70s and ’80s, the reality of those generally straitened decades had never sunk in. In six months we may yet find ourselves on the same wavelength.

This is my third major recession. Throughout the 1970s I earned the minimum wage or slightly more, so being more broke was barely possible. In the 1980s I did somewhat better as a hyper-tasking freelancer, and in the trough of the housing market during the early 1990s I was able to buy a Brooklyn brownstone with a 30-year mortgage. I had a steady job by then and am fortunate to have one still.

There are advantages to living modestly and strictly within one’s means. When ‘business is booming’, one acquires no debts and no tastes one cannot afford. When booms go bust, not only is one likely to suffer fewer discomforts; one also loses fewer pleasures. Since my micro-economy accounts for both necessities and luxuries, every so often I have been able to treat myself to works of art. Those purchases have provided me with things to look at and think about. Because my vocation puts me in regular contact with far wealthier people, what I own has the added benefit of inoculating me against envy. Lastly, it has helped me avoid the occupational hypocrisy to which many working in the ‘culture industry’ succumb: the habit of scorning that industry’s products and the lust they inspire while neither satisfying nor escaping their temptation. I choose Original Sin, though most of the apples are spotty.

In short, I am, for the most part, a bottom-feeder. For instance, ‘my’ Jasper Johns is the cover of a print catalogue published in the 1970s and found in the bins at the Strand bookshops. The lithographic quality of the cross-hatch image on the vellum dust cover is the same as that of the editioned works reproduced inside. This fact has come to the attention of auction houses hungry for trade, and lately they have been offering examples for several thousand dollars. Mine cost ten.

Four years ago I discovered my biggest coup of this kind at a shop near Tate Modern in London. There in the depths of a cardboard box I glimpsed a pile of uncut pages from an old book. They were what remained of Max Ernst’s collage novel Une Semaine de bonté (A Week of Kindness, 1934). Now generally acknowledged as one of the masterpieces of Surrealism, the limited-edition work in five fascicles had been underwritten by the dedicated patron and dilettante artist Roland Penrose, who came into possession of the left-over stock when the number of subscribers to the publication failed to match the number of sheets printed in anticipation of sales. In retrospect, it’s unsurprising considering that 1934 was the depth of the Great Depression. I bought a sizeable stack for £20 per sheet; each had four images.

Several I framed for my study; one I framed to put in my luggage when I travel, recalling with relish the story of the touring actress who always took her Antoine Watteau painting with her in a trunk so that the walls of the hotels where she stayed wouldn’t be so dreary. Thanks to Penrose’s misfortune and my scavenger’s luck, I need not envy her either. Surrealism suits Belgrade as well as Berkeley.

The rest I have given away, mostly to students. Thus all the members of my last class at the Institute of Fine Arts received an Ernst of their own. I wasn’t trying to polish apples in reverse but rather to teach an object lesson – or three. First, the seminar was devoted to comics and graphic novels, and Une Semaine de bonté is paradigmatic of the wordless, anti-narrative pictorial narrative. Second, like everything belonging to the larger genre, it is – pace Jean Baudrillard – a prime example of an original work of art consisting entirely of copies. (The cut-and-paste sources are not the work, as is evident from any comparison between their uneven discoloration and the unified field of disjunctive imagery in the printed version.) Third, in a gift economy commodities lose their power and fetishism eases its hold on the imagination, freeing it to dream. This is a good moment to keep that in mind. 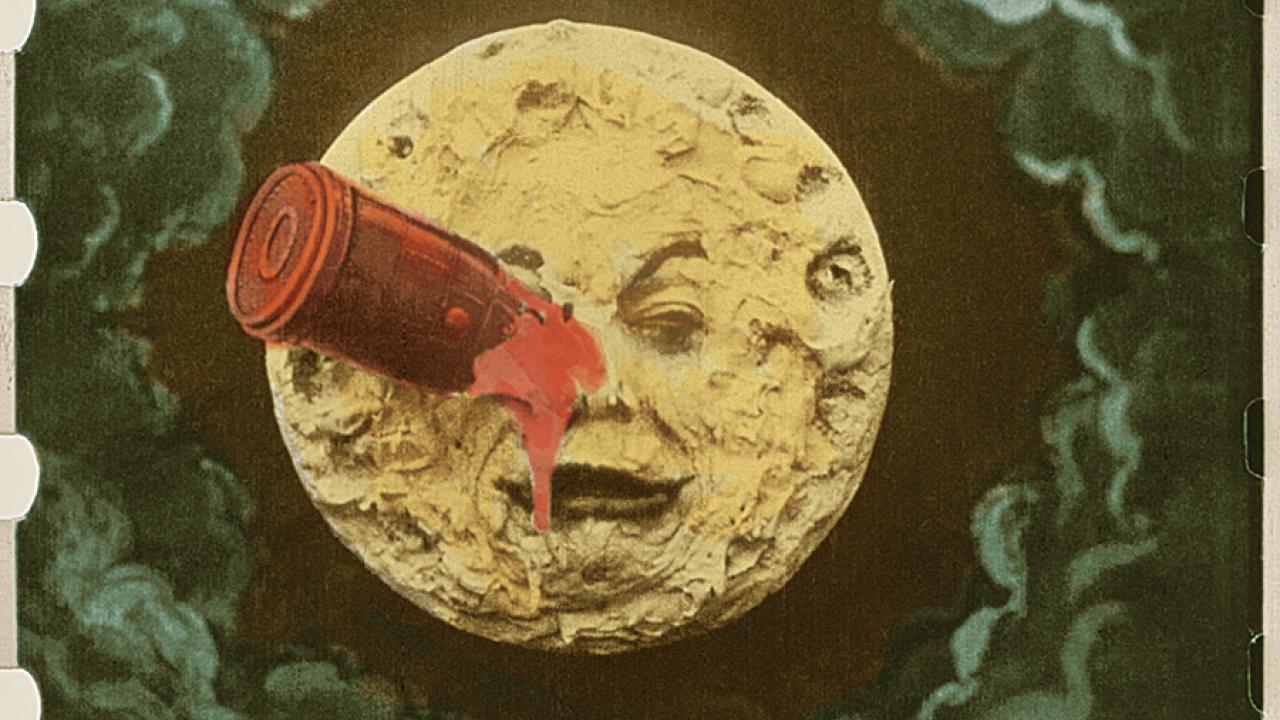 One Takes
A Brief Art History of the Moon

To celebrate the 50th anniversary of the moon landing, a selection of iconic images of the moon from artists, scientists and filmmakers 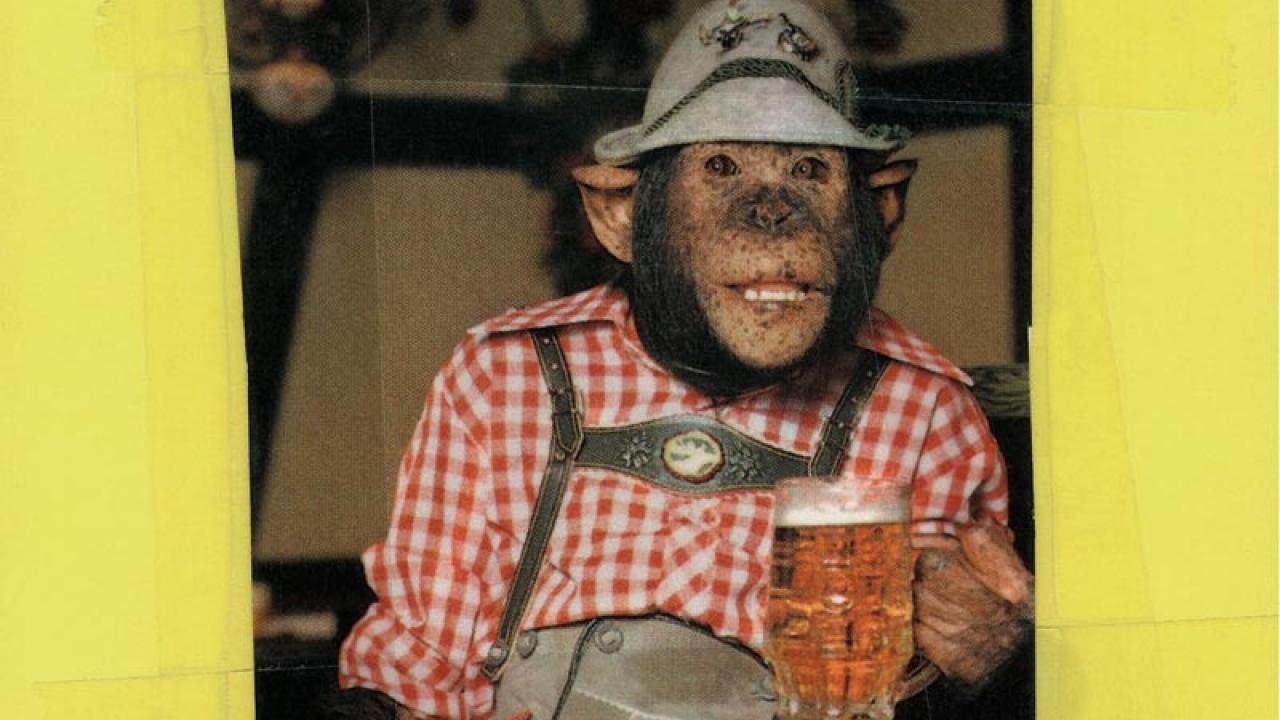 Q: What do you like the look of? A: Pears 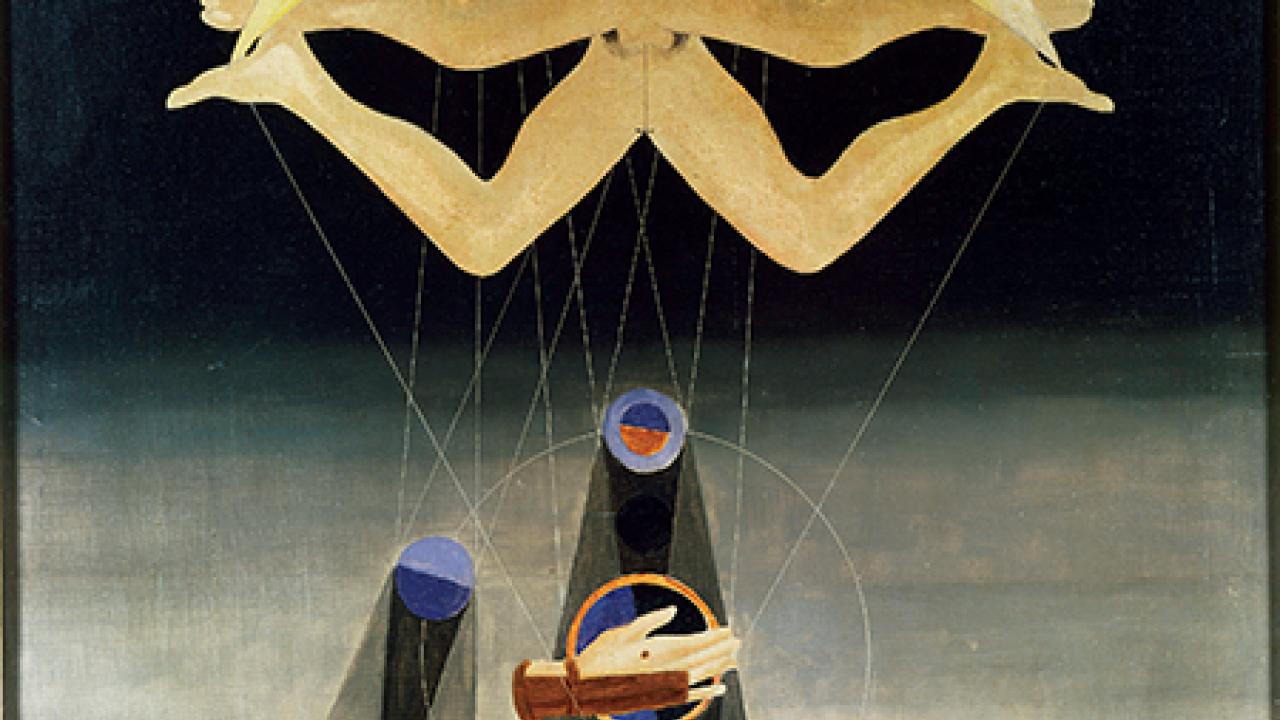 From conversations with friends including André Breton, William Burroughs and Caresse Crosby, to studying astronomy, physics and the Greek myths, Liliane Lijn discusses the evolution of her pictorial language