The three boys in Thomas Eggerer’s Stranded (2021) appear as one, stretched in stilled motion across the canvas. This confusion of bodies reads like a sequence of Eadweard Muybridge’s photographs, especially Two Men Wrestling (1887), except in Eggerer’s painting the bodies are not distributed in a gridded sequence, they are arrayed in the painting’s vertiginous depths. Do the shoes hanging below the platform belong to the same body? Is the figure to the right the reflection of the similarly blue-shirted youth in the centre? The observable and rational response in both cases is no, but the painting conjurers its own contradictory dream logic that insists the answer is not so simple. Eggerer’s spaces unsettle. Standing before the painting, you look down on the scaffolding the boys sit on, which is painted in a transfixingly wonky perspective so that, within the space of the picture, you must also gaze up at the entire composition. A closer inspection reveals the boys are untouching yet proximate, as if desiring connection, intimacy and collective action or protest (the flags, the silent megaphone). If the ambiguous flags recall propaganda, it is propaganda that, no matter its purpose, is already crowded by consumer goods and, as Eggerer hints, corporate co-option. (At least four, maybe six, brands are legible in the painting.)

The three boys are painted slightly smaller than life size, giving them the uncanny, doll-like presence of slack-stringed marionettes. Without sustained connection, solidarity, and organization the spectacle of collective action remains merely that: a spectacle. Eggerer delights in this spectacle, reducing it to an immediately recognizable essence while at once emptying it out. He builds tightly sprung tensions and contradictions and tangled ambiguities into his paintings. Eggerer isn’t making muscular monuments to painting’s contemporary relevance. Instead, he is a canny tactician who uses the painting’s surface to project a wariness and suspicion of the limitations and visual deceptions of surfaces. A clear political message may not be discernible, yet a diffuse, unindividualized, even erotic, political ennui is. An unfulfilled desire for connection – fraternal, sexual, political – enlivens the picture, but whatever might satisfy this desire remains veiled or out of reach. Eggerer’s ultimate act of disorientation: his refusal to make comfortable the real pleasures his work offers.

This article first appeared in frieze issue 223 under the headline ‘Protest Leads the People’.

His works in ceramic recall histories of colonialism and manufacturing, while alluding to our digital age 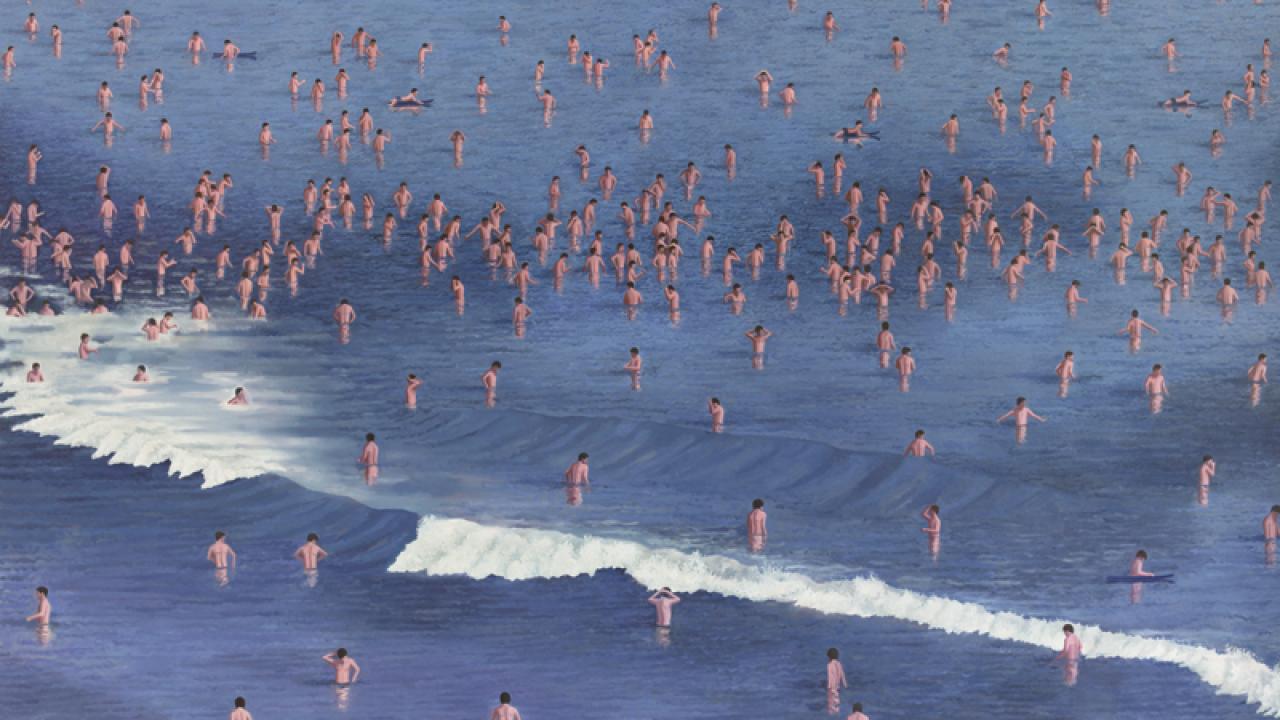