BY Jeppe Ugelvig AND Tiffany Sia in Interviews , US Reviews | 03 MAR 21

Writing a History of Hong Kong with Tears

Jeppe Ugelvig You’ve described the title of your recent book, Too Salty Too Wet (Speculative Place, 2021), and your current exhibition at Artists Space, New York, ‘Slippery When Wet’, as your attempt to write a ‘wet ontology of Hong Kong.’ Can you explain what you mean by that?

Tiffany Sia I wanted to explore the invisible or less documentable characteristics that make up Hong Kong – how the knowledge of this place is stored, and how the city is made and unmade – through the notion of wetness as a conceptual tool. The city’s humidity describes its subtropical climate and geography, and when one lands in Hong Kong, this feeling is immediately palpable in the air. But a wet ontology also lead us to tears, responding to the call of Roland Barthes’s question from A Lover’s Discourse: Fragments (1977), ‘Who will write the history of tears?’ I take it up almost as a dare. Too Salty Too Wet attempts to write about affect and the role of the body as a storyteller in this time for the city: how to uncover and recover narratives about trauma and violence, not only from the pro-democracy protests of the past few years, but from centuries of colonial subjugation. I use the first-person narrative as a strategy to scale the events, but it’s also a kind of accountability; I am not a local writer, as I was born in Hong Kong but grew up in the US. In this way, I’m interested in expanding a fractured notion of place for   communities.

JU When I saw the Barthes quote in your book, I wondered whether it really is about who is to write the history of tears, or how they are to write it. I was carried away by Too Salty Too Wet’s  hypnotic flickering between various spaces – digital, geographic, temporal – that situates the recent Hong Kong protests in a much larger historical stream of colonialism, economic expansion and migration. Reading the book felt like scrolling through my phone.

TS Too Salty Too Wet is designed as a nonlinear text. Even in describing the protests, I take almost all time-markers out. It was important to not get bogged down by having to explain any one particular event– – I leave that work to journalists– – but rather to focus on conveying the relentless atmosphere of that time and news addiction. Beyond the live-streams that told you where the actions were, the news was – and remains – so essential to keep a pace with laws that are rapidly changing. I was also trying to see this moment as part of a historical legacy, tracing trails of ink, wet and dry, in primary and secondary sources from the historical record, like colonial laws.

TS Someone described the book as a memoir, which I think is funny, because it’s a memoir that doesn’t actually say much about my personal life. I wrote and edited it as a body narrative, from physical trauma to describing the texture of my nerves, fear and impulses. Often, on our news feeds, violence is blatantly displayed. It is part of this theatre of terror that trains our bodies what to fear. The book is about having to write through that ferocious cycle of the news, allowing it to sink into our nerves and sculpt our psyche. Similarly, I weave in other traumas, like an ulcer my grandfather developed from being tortured when he was deemed an enemy of the state, pointing to the voids in history where it can be difficult to clearly see these primary accounts occluded by redaction, censor or shame. To write in the first person becomes a project of trying to shatter the numbness often generated by crisis news from far away.

JU How did Hong Kong itself become a template for your writing?

TS Growing up in the textile industry, I was immersed in the material culture that defines this city and the region. Hong Kong’s history of manufacturing and logistics is a critical and underwritten fact that even shapes the problem-solving and mass organizing tactics in 2019. As a former manufacturing centre and current global shipping hub, Hong Kong’s material culture is connected to many corners of the world, and has been since the colonial opium and coolie trade. I want to offer the Pearl River Delta as a critical site missing from Édouard Glissant’s Poetics of Relations (1990), part of a flow of extraction and violence.

JU You state explicitly that you’re trying to distance yourself from given forms of reportage journalism and war writing, especially by Westerners. Instead, you immerse yourself in the distributed communication networks that shaped the protests, reflecting on the future historical status of Instagram DMs, WhatsApp and Telegram messages. Although protests were the most embodied aspect of the pro-democracy movement, they also behaved like media: they didn’t only happen behind the barricades, but were bursts of coordinated action and dispersal, with information distributed via Airdrop on public buses. This is a much harder protest history to write, because it’s much harder to represent.

TS In the book, I propose that history is a series of receipts, an assemblage of primary and secondary accounts. At a time when we’re so focused on huge receipts – blockbuster IPOs, luxury real estate prices and dizzying lawfare – it’s urgent that we recover digital receipts that are in the process of obsolescence and disappearance. Twitter posts and local forums like LIHKG tell day-to-day narratives about people living through this moment, forcing the question: what enters into the archive? Who are the legitimate authors of this time and place?

JU With your exhibition at Artist Space, ‘Slippery When Wet’, the book now extends into physical space in New York, while the exhibition itself carries a rich virtual component accessible online, inviting the viewer into yet another interface. What do you hope to transmit with this project?

TS The essential question of the show is: given that we are living in times of entropy, how do we see change? How do I capture the ongoing, and less traceable feeling of this time? Change is not always marked by highly photographable moments available on the front page of the newspaper; some of the most seismic changes happen in our psyches. Weather reports, which I incorporate into the three-channel video piece A Wet Finger in the Air (2021), are a kind of metaphor for what can be seen at the cusp of atmospheric change. How can you see humidity? In works across paper and screen form, I weave a thread across various modes of viewing, reading and watching to trace what the cusp of this paradigm shift looks like.

JU If ‘wetness’ suggests both a kind of agency and a form of mourning, saltiness brings up the dystopian image of salting the earth. You reckon with Hong Kong as something that has been imminently dying for a long time. In recent months, the pro-democracy movement seems to have moved into a new phase, with activists fleeing the city and the government engaged in a brutal security crackdown. Has your sense of the themes in your book changed since you finished writing it?

TS Too Salty Too Wet is about being together in protest and making connections across struggles. ‘Slippery When Wet’ is about being apart. The show thinks through the idea of spectatorship as a site that affords us a sense of community again – looking at texts, scrolls and transmissions to recover a sense of togetherness that is lost as some in the community stay while others go into exile or emigrate. What will this community look like on the diasporic road ahead?

Jeppe Ugelvig is a curator and critic based in New York. His first book, Fashion Work, was published by Damiani in May 2020.

Tiffany Sia is an artist, filmmaker and independent film producer. She is the founder of Speculative Place, an experimental project space hosting residents working in film, writing and art in Hong Kong. Her book Too Salty Too Wet was published in January 2021 by Speculative Place Press. Her solo exhibition ‘Slippery When Wet’ will be on view at Artists Space, New York until 1 May. 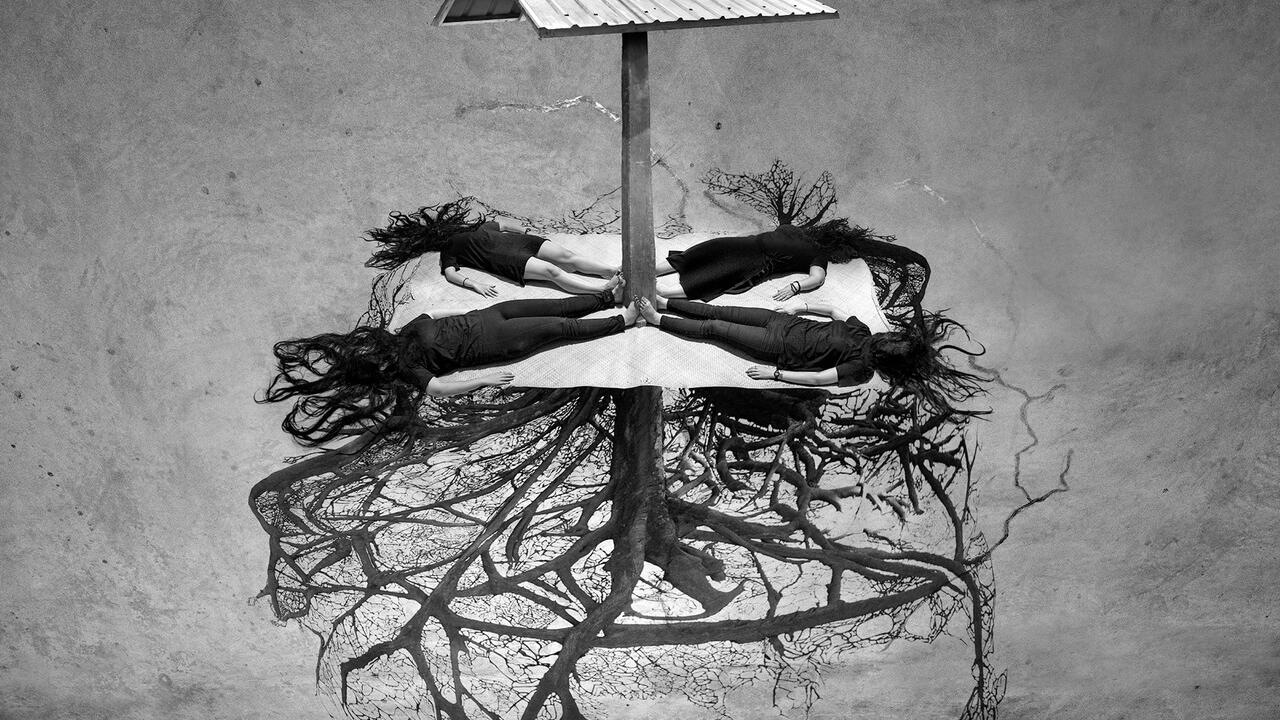 Critic's Guides , EU Reviews
What to See in Copenhagen During CHART

A compilation of the best exhibitions from across Denmark’s capital

EU Reviews , Exhibition Reviews
Does Martin Margiela Believe in Art Production, or Not?

At Lafayette Anticipations, the famed fashion designer achieves little in translating his much-lauded tactics of defamiliarization into art 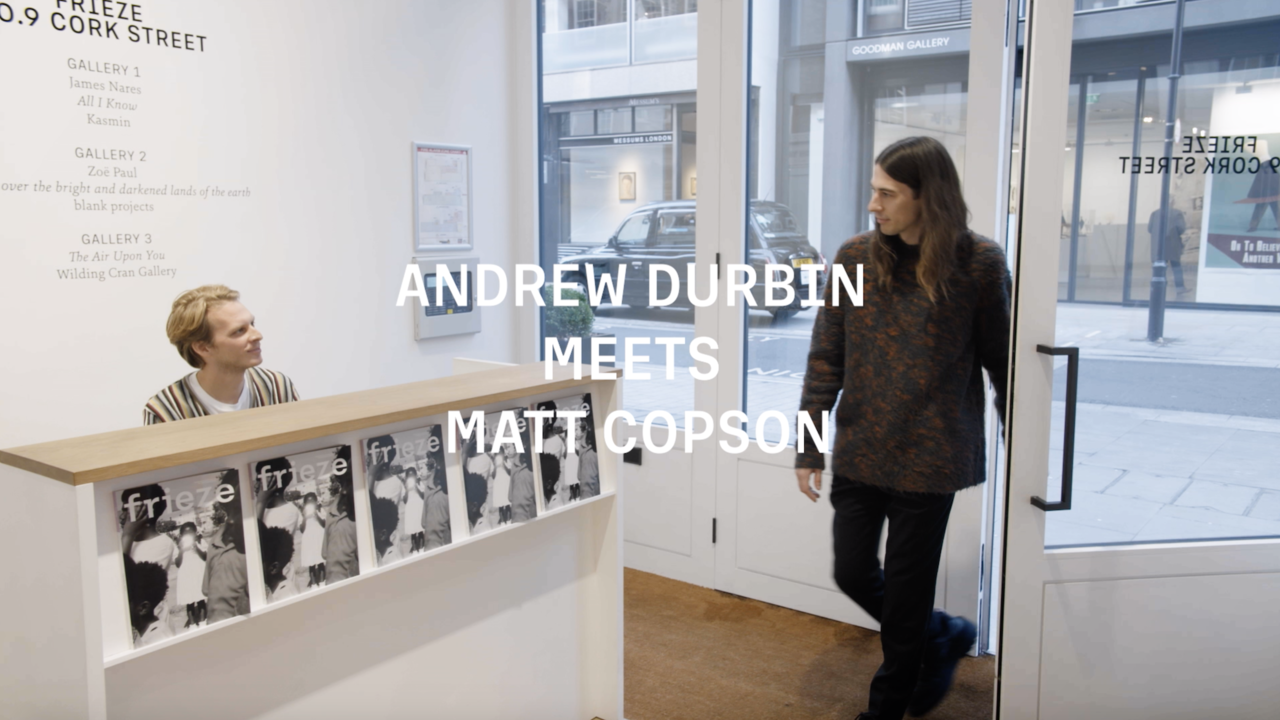