A pair of rickety tables was covered with crumpled bits of paper, various objects, a few flimsy signs coloured with magic marker. Transfixed, a little blond boy stood in front of one table, which was spilling over with an array of frayed cards, a glittering, tattered cosmetics case and a hand-painted mirror. He picked up a pretty, kitsch figurine of a Spanish señorita. Receiving a gentle word from the Japanese woman behind the counter, he smiled, puts the statuette in his pocket and offered her his dummy, letting it drop directly from his lips onto the other table, which was covered mostly with scraps of aluminium foil and cigarette cartons.

Part of a performance by Tsuneko Taniuchi, an artist born in Kobe, Japan, and living in Paris for the past decade, this unpredictable scene was a lovely metaphor for 'Tokyorama' - the desire for exchange, spontaneity, flexibility and evanescence that made up this series of events.

Taniuchi's videos and performances explore issues of identity and foreignness, including stereotypical images of Asian women, from Manga to the powerless housewife (one performance had her in a white apron, serving fast food from a silver tray, as if to comment both on expected roles for women and the ubiquitous homogenization of tastes). Prends ce qu'il te plaît et laisse ce que tu veux (Take What You Like and Leave What You Want, 2001) reflected on ideas of unconditional exchange, not monetary but sentimental (an exchange of objects based on the momentary connection in a meeting, based on an unconscious desire or memory or fantasy), evoking African and Pakistani vendors of cheap souvenirs in that area just beyond the Eiffel Tower. Dressed ambiguously as a Japanese Heidi, she was a touching figure, displaying her fragile, trashy objects and precarious display in front of the imposing museum - which, built in a neo-fascist style, looks like a sinister fortress.

The title of the show, 'Tokyorama', referred to the Palais de Toyko, which opens this December as the Centre de la Jeune Création (Centre of Young Creation), a kind of art 'laboratory' and think-tank that will inevitably influence the somewhat rigid aspect of the Paris art scene. Fittingly, the name also symbolized the strong presence of immigrants and foreign artists included in the exhibition, who expressed their unique visions of the area as well as ideas of foreignness. It's an idea embodied in this sequence of programmes that made up a virtual museum, a transitional institution without walls. In a performance scheduled for this autumn, again mirroring the concept of nomadism, French artist Alain Bublex is organizing a tour of the neighbourhood, with groups carrying around empty suitcases.

Ironically, the fragility, disparity and ambiguity of Taniuchi's Prends ce que tu veux ... lay at the heart of 'Tokyorama', lending it strength and vigour, making the, as yet, non-space of the institution an elastic, mental or even metaphysical space. Reaching out to a diverse audience, inviting the spectator's total participation, bringing together visual artists with musicians, filmmakers and chefs (one programme arranged visits to Paris' four-star restaurants), it humanized a stuffy, upper-class neighbourhood on the city's eastern edge. This was most poetically illustrated by Australian artist Mark Themann, who orchestrated a promenade through the museum's district. Visitors arriving at the palace steps received a small bouquet of flowers and instructions to lay them down at various points in the neighbourhood. At the expedition's close the last flowers were thrown into the Seine, while the artist recited a few lines of poetry by Octavio Paz.

Alongside these wonderfully hopeful, often moving moments, the series had its weaknesses, notably in Renaud Auguste-Dormeuil's guided tour of nearby institutions, dissecting their security systems as a way of presenting a sociological analysis. His final presentation, of an audio-guide itemizing the particulars of the security system in Paris' Musée d'Art Moderne was, understandably, cancelled after just one day. Unfortunately, this attempt to challenge our perception of the neighbouring building, a more classic, static modern art institution, tried so obviously to be subversive that ultimately it just fell flat. 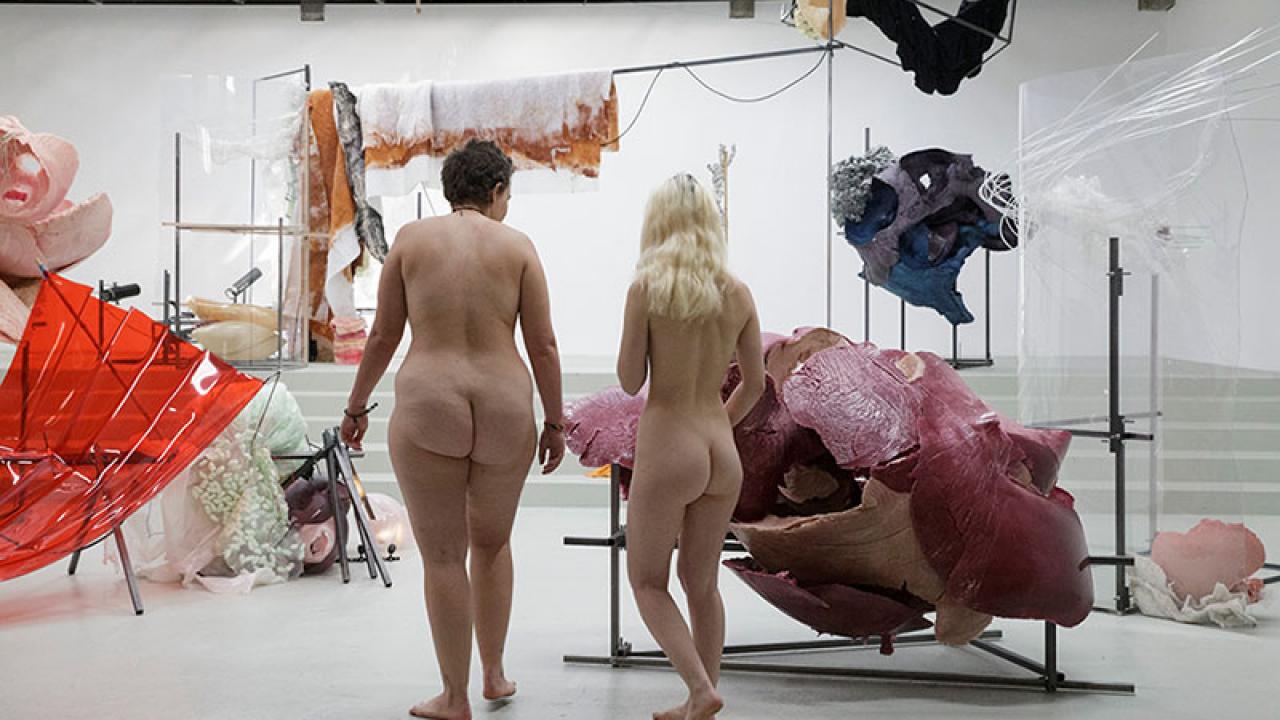 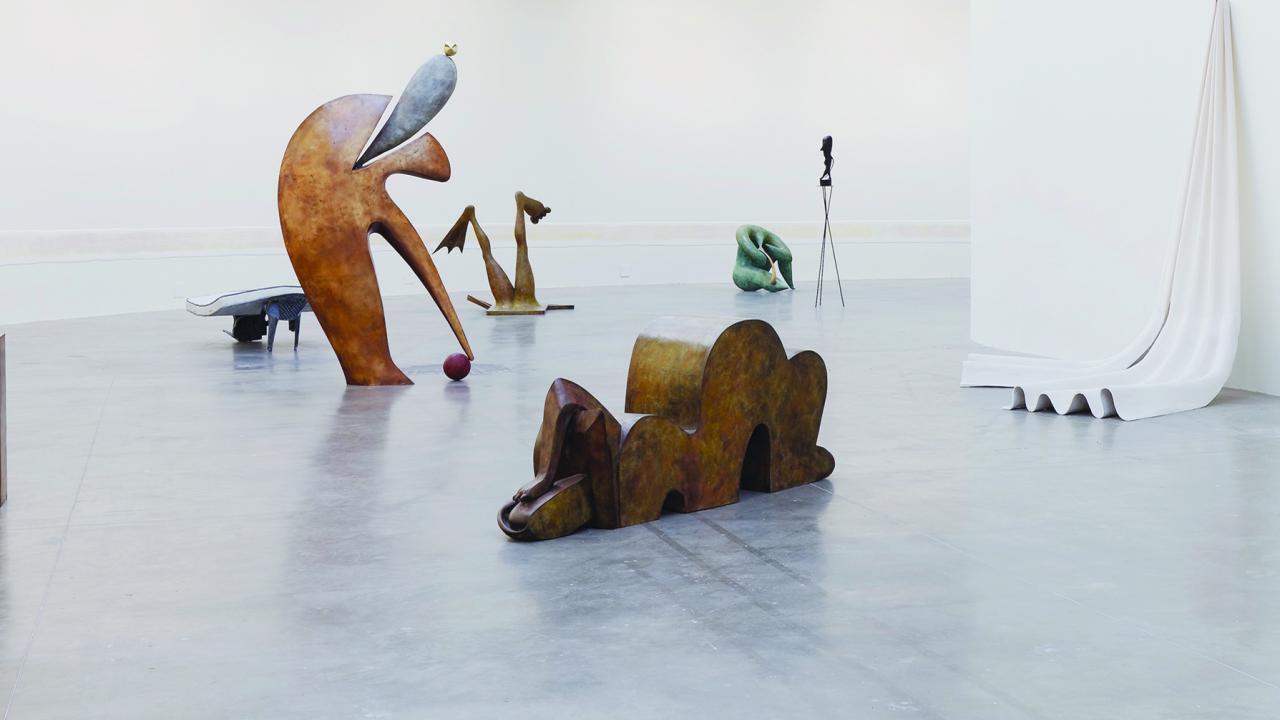 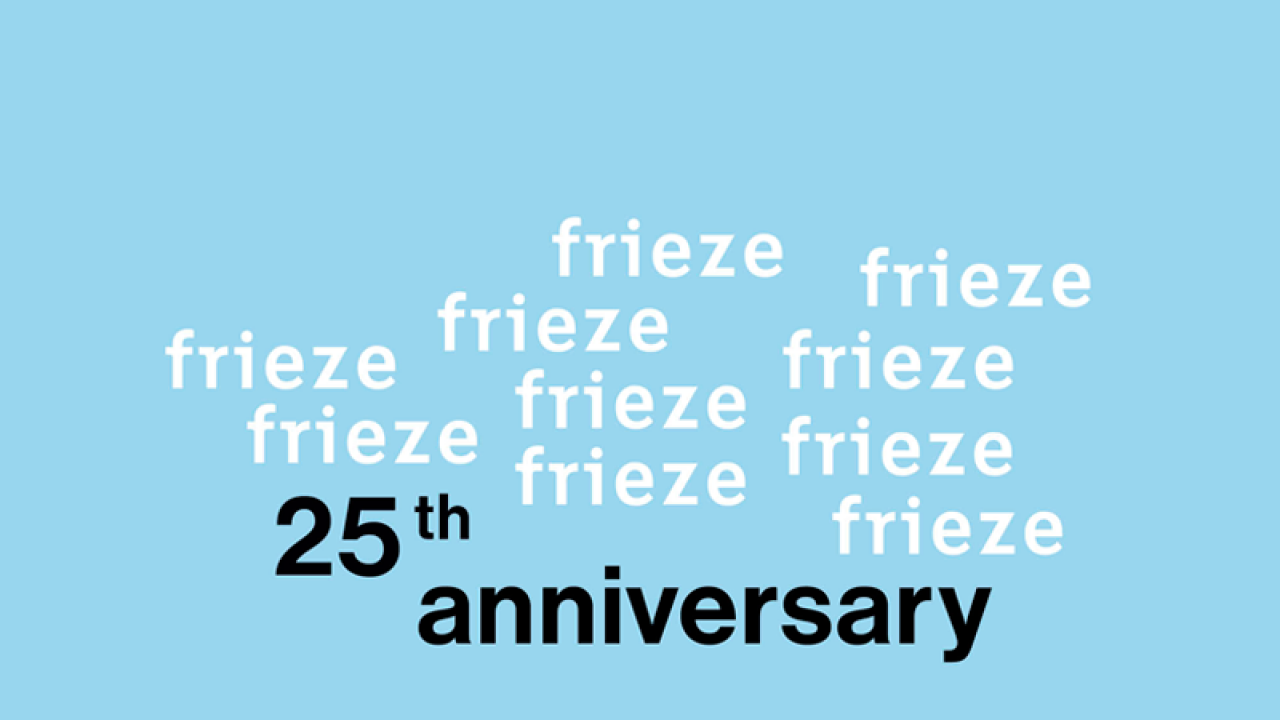 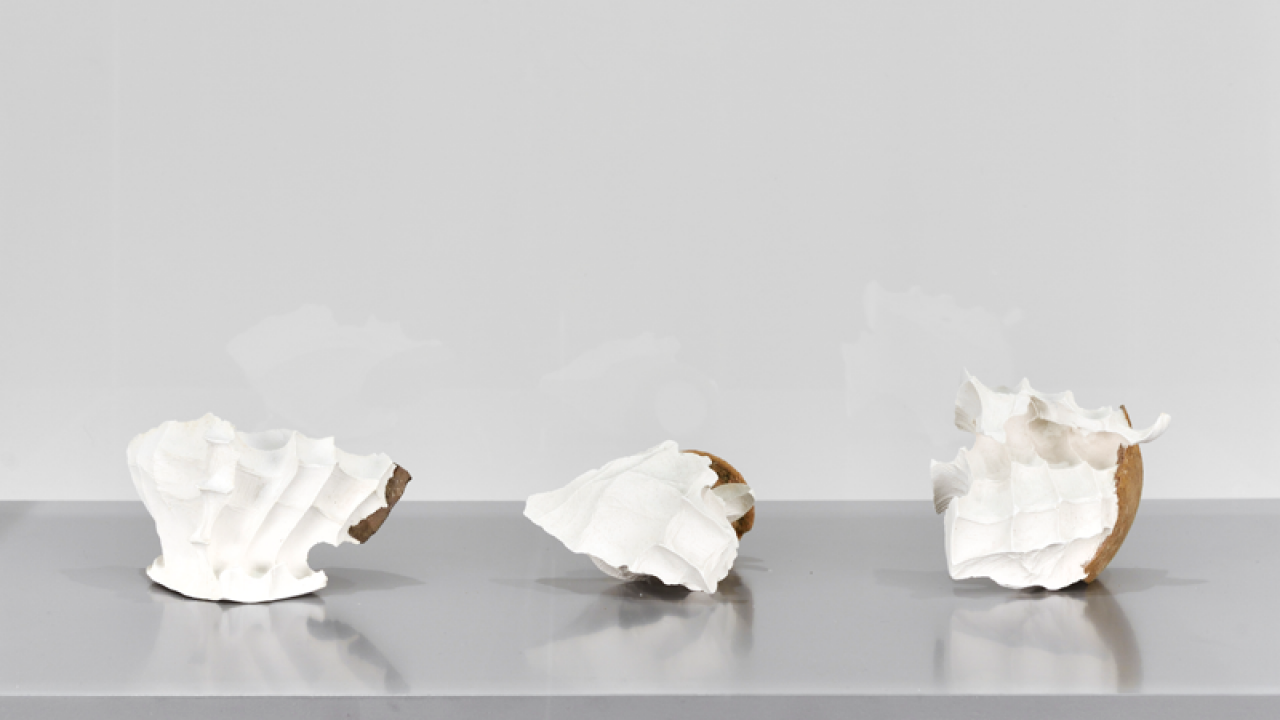 Marguerite Humeau, Mono-ha and multiple worlds: a guide to the best current shows in the capital 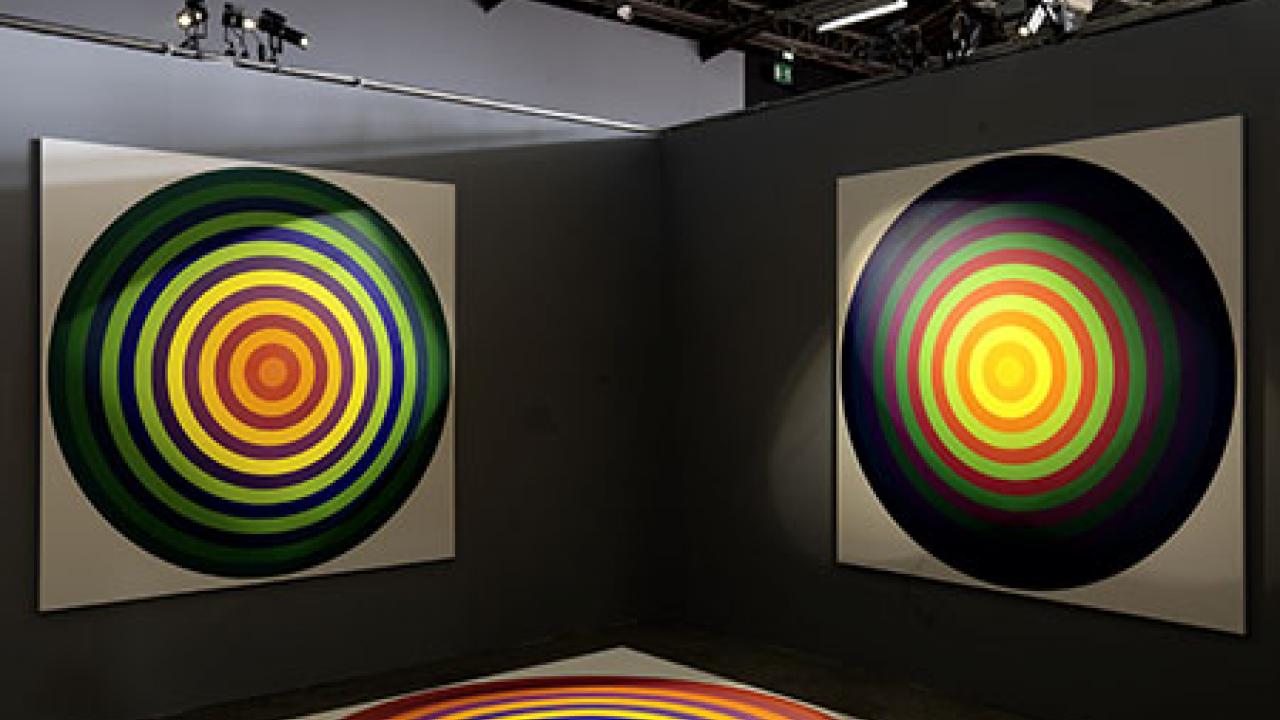 For more than 50 years, the Argentinian artist Julio Le Parc has been exploring spectatorship, movement and participation. Following a major survey show at the Palais de Tokyo, Robert Barry considers the artist’s life and work 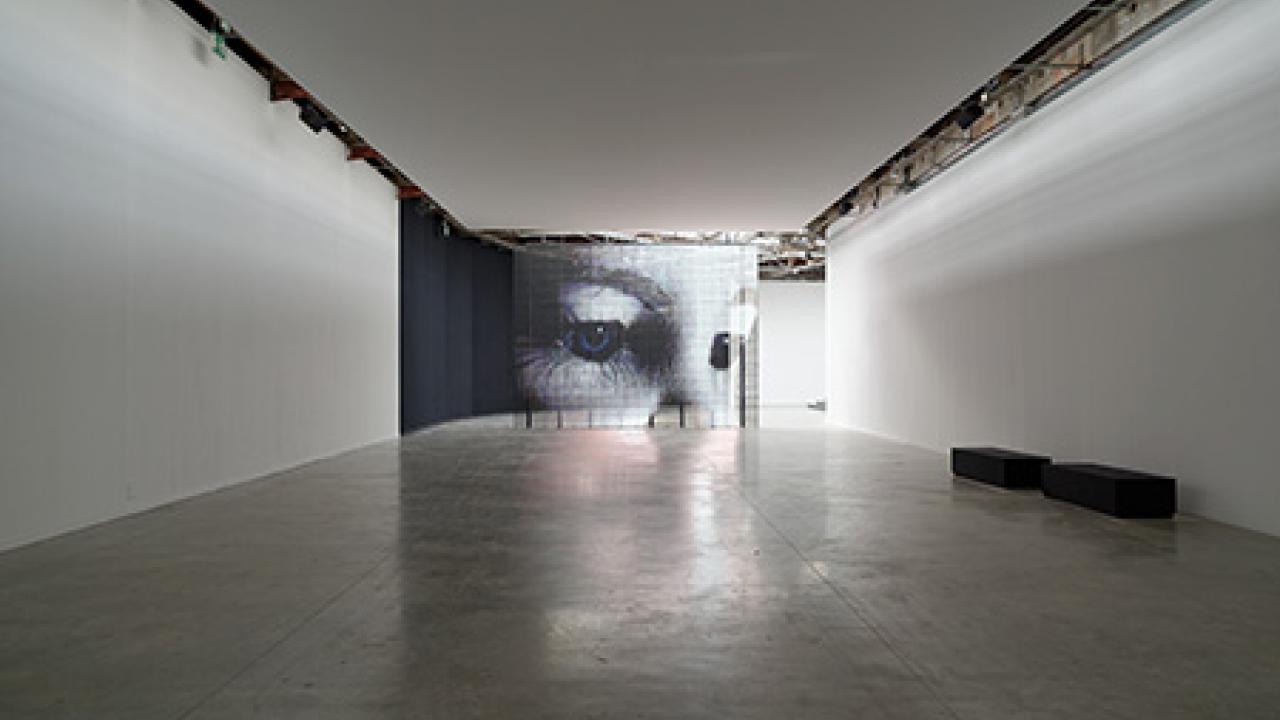